Accessibility links
Japan Reveals New Era Name To Be "Reiwa" Ahead Of Emperor's Historic Abdication The new era begins on May 1 with the ascension of Crown Prince Naruhito, following the 30-year "Heisei" era of Emperor Akihito. 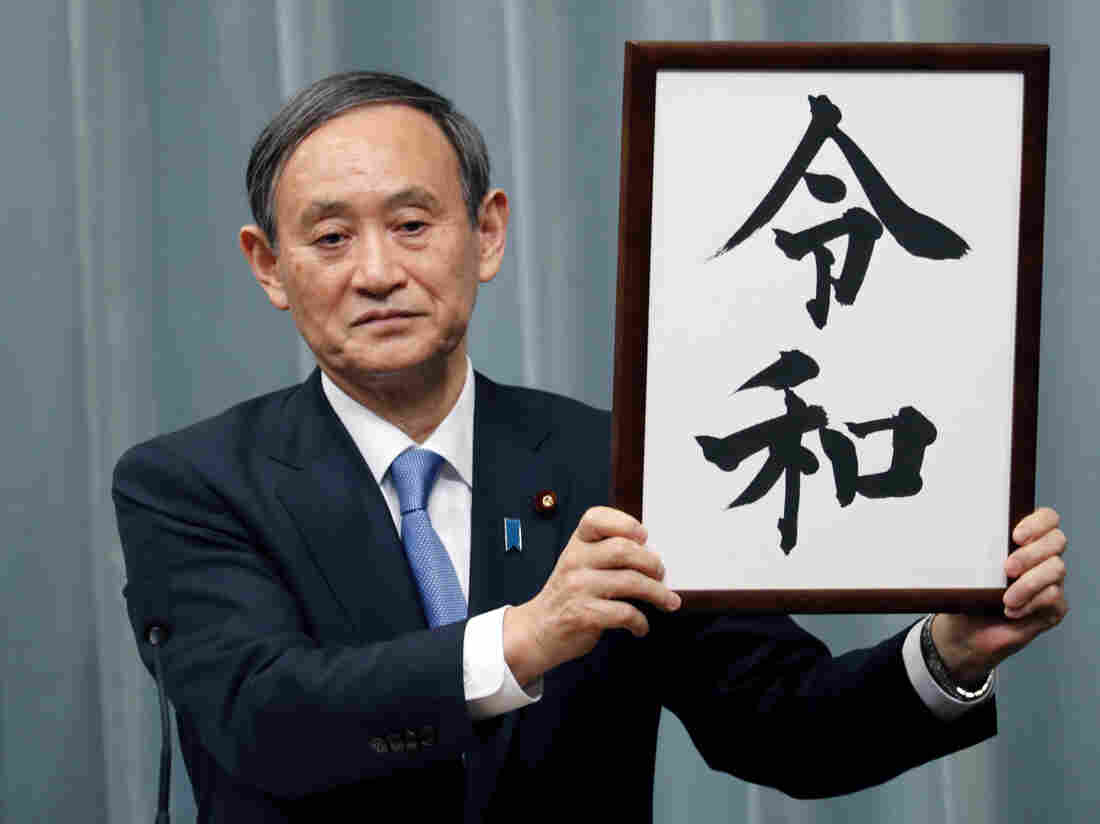 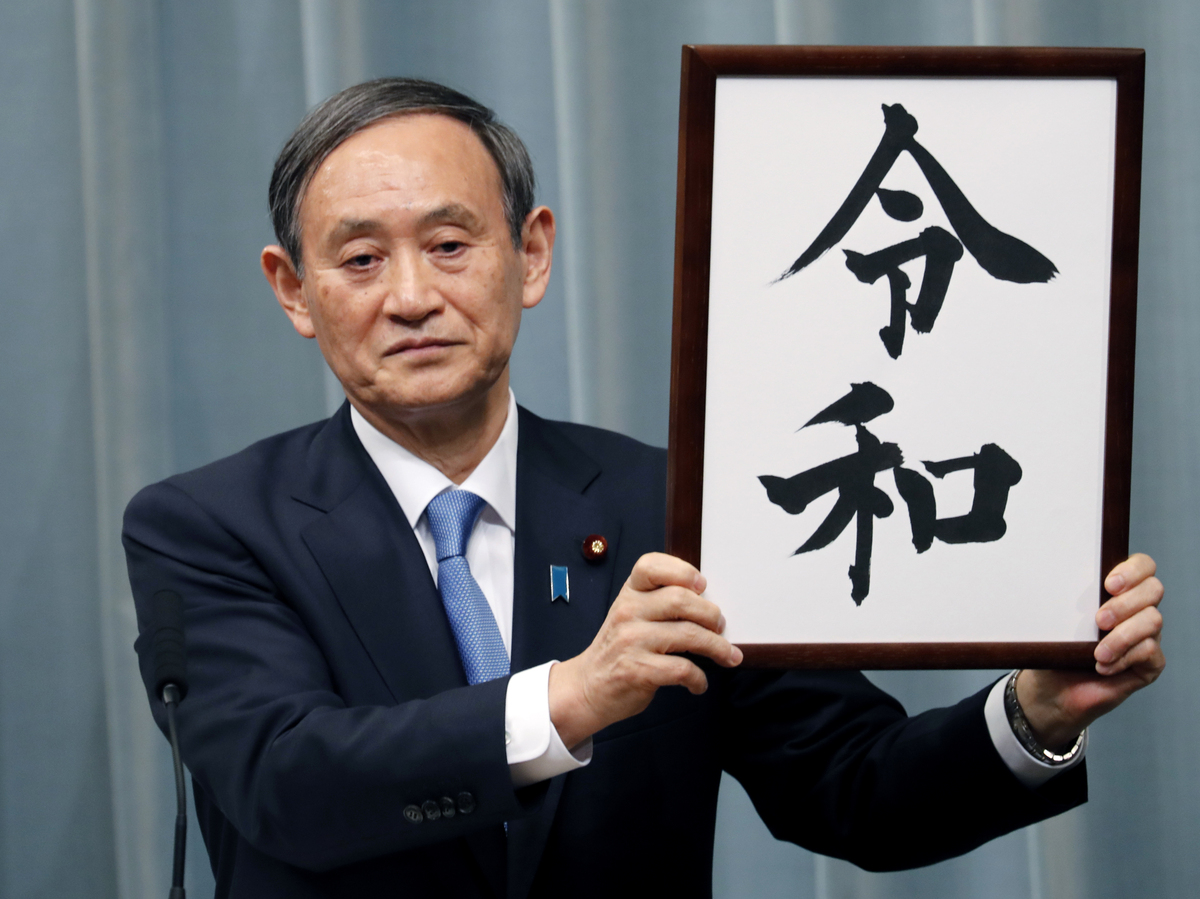 Japan's Chief Cabinet Secretary Yoshihide Suga unveils the name of new era "Reiwa" on Monday. The new era starts May 1, when Crown Prince Naruhito takes the throne from his father.

Japan has revealed the name of its next imperial era to be "Reiwa," set to begin May 1 as Crown Prince Naruhito is expected to take the throne.

Yoshihide Suga, Japan's chief cabinet secretary, announced the name at a press conference Monday morning local time, unveiling a board with the two kanji characters written on it. While there was some deliberation over the exact meaning, the two characters that make up the new name, or the "gengo," translate roughly to "good fortune" and "peace" or "harmony," according to The Japan Times.

"We hope [the era name] will be widely accepted by the people and deeply rooted as part of their daily lives," Suga told reporters.

The announcement comes as the current "Heisei" era draws to a close after three decades, with Emperor Akihito set to step down on April 30 in the first abdication of the throne in over 200 years.

Since the mid-19th century, each era has coincided with the reign of an individual emperor, starting with the "Meiji" and "Taisho" eras. The "Showa" ("enlightened harmony") era corresponded to the reign of Emperor Hirohito from 1926 to 1989. The "Heisei" era, which translates to "achieving peace," began in 1989 after Hirohito died and Akihito ascended the throne.

In August 2016, Akihito —who is now 85 years old— signaled that he wanted to step down, citing his health and advancing age. But he ran up against Japanese law, which does not allow the emperor to abdicate.

In June 2017, Japan's parliament passed what amounts to an exception for Akihito, allowing him to step down and pass the role to his son. By the end of 2017, a panel of Japanese leaders had set the abdication date for the end of April in 2019.

Announcing the name one month in advance gives companies and government entities time to incorporate the name into paperwork and computer systems, The Guardian reports. Even as the Western calendar has become more widespread in Japan, the era name is still used frequently, including on newspapers, coins and official documents like driving licenses. Under the system, 2019 is known as Heisei 31, or the 31st year of Akihito's reign.

Prime Minister Shinzo Abe said at a news conference Monday that the name "Reiwa" stems from the "Manyoshu," the oldest existing anthology of Japanese poetry, collected sometime after A.D. 759. The Associated Press reports, that marks a break from the tradition of drawing era names from Chinese classical texts.

Japan's cabinet picked the name from a list of nominations drawn up by scholars and narrowed down by experts from various fields, including Nobel prize-winning stem-cell scientist Shinya Yamanaka, according to AP. The top-secret discussions took place amid a media frenzy to scoop the new era name.