Accessibility links
New Zealand Introduces Legislation That Would Ban Most Semi-Automatic Firearms The bill would ban most types of semi-automatic guns, including those used in massacres at two mosques in March. Prime Minister Jacinda Ardern announced the proposed changes shortly after the attacks 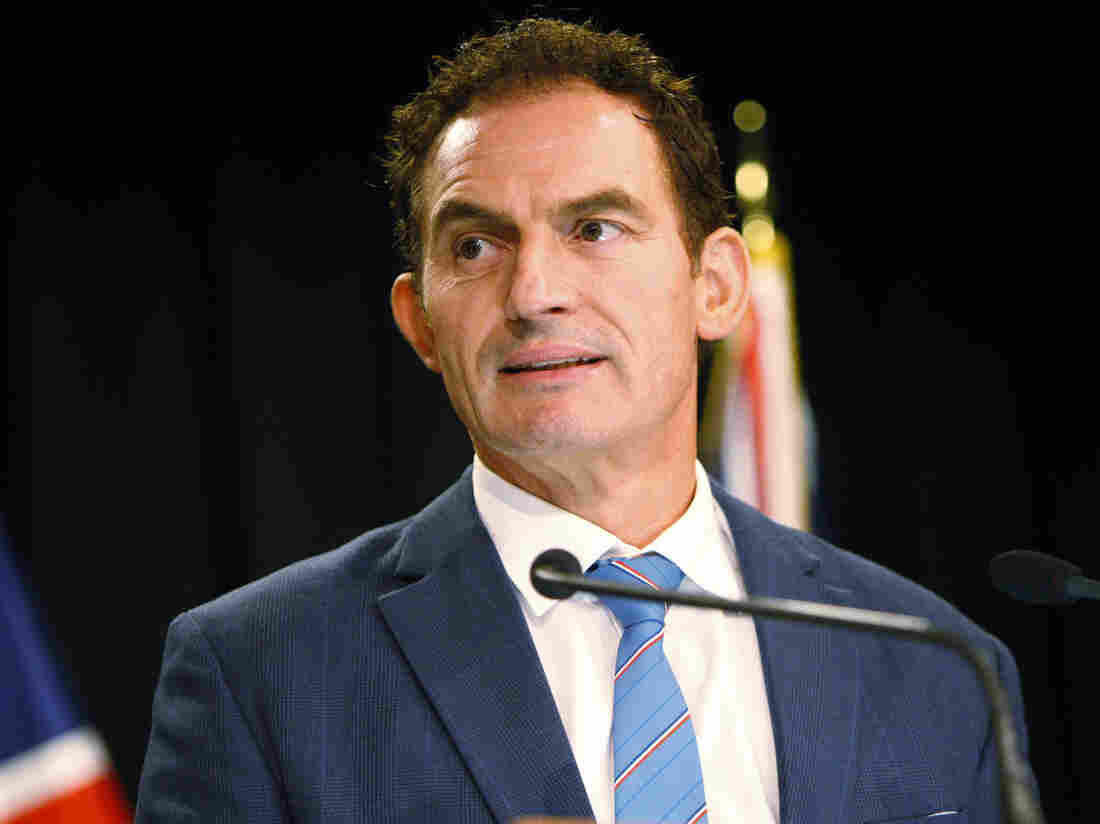 New Zealand Police Minister Stuart Nash talks to reporters on Monday. The government has introduced a broad bill that would ban the types of weapons used in attacks at two mosques in March. Nick Perry/AP hide caption 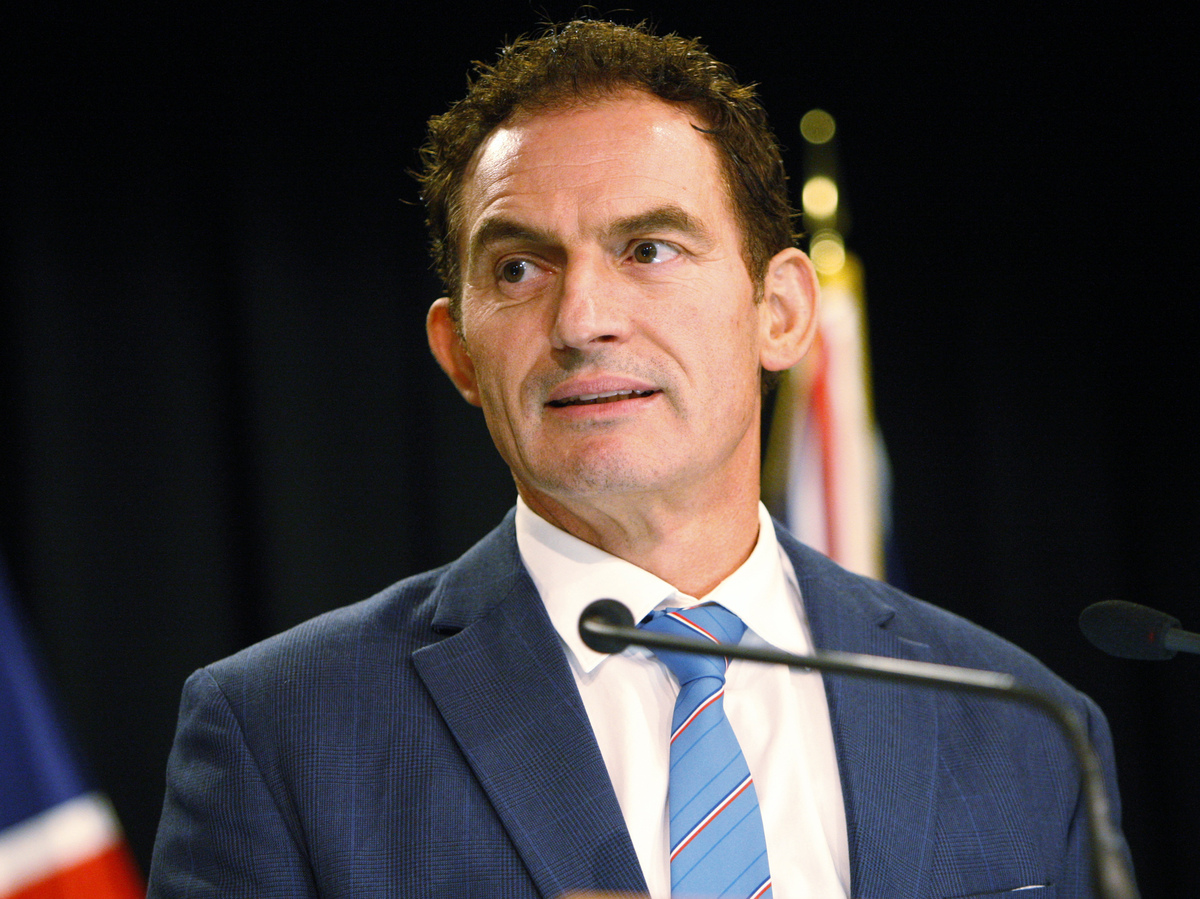 New Zealand Police Minister Stuart Nash talks to reporters on Monday. The government has introduced a broad bill that would ban the types of weapons used in attacks at two mosques in March.

New Zealand's government has introduced legislation that would ban most semi-automatic firearms, including the types of weapons used in shootings last month at two Christchurch mosques that killed 50 people.

The bill's introduction on Monday marks the next step in passing gun control reform announced by Prime Minister Jacinda Ardern following the March 15 attacks. Days after the shooting, Ardern vowed that "every semi-automatic weapon used in the terrorist attack last Friday" would be banned.

New Zealand immediately imposed some gun control measures on March 21. Police Minister Stuart Nash says the bill under consideration now, which is a broader ban, would go into effect on April 12 if it passes. That legislation reportedly has support across party lines.

"This will mean that within four weeks of the Christchurch terrorist attack, New Zealand will have passed legislation banning all military-style semi-automatic weapons and assault rifles," deputy Prime Minister Winston Peters told reporters on Monday.

The Arms (Prohibited Firearms, Magazines, and Parts) Amendment Bill, introduced by Nash, would make it illegal to own certain parts that can be used to assemble prohibited weapons. Nash said Monday that the gunman in the Christchurch attacks created military-style weapons from legally purchased semi-automatic guns and high-capacity magazines.

"The loophole that this terrorist used to kill 50 people was totally unacceptable," Nash said, according to The Associated Press. "We're closing that down."

In addition to banning most semi-automatic firearms, the bill also prohibits the sale, import, supply or possession of pump-action shotguns that can be used with detachable magazines or that hold more than five cartridges. It excludes pistols, as well as some guns — "small-calibre rimfire semi-automatic firearms and lesser-capacity shotguns" — often used by farmers and hunters. The measure also provides exemptions for groups such as "bona fide collectors of firearms" and pest controllers.

The bill provides amnesty covering the surrender of firearms, magazines and parts through Sept. 30. Ardern has said the government will create a buyback scheme to compensate owners of banned firearms, a program that could cost up to 200 million New Zealand dollars (about $137 million).

Following reports over the weekend that the New Zealand gang Mongrel Mob would not turn in illegal firearms, Peters said Monday that there would be "consequences" for anyone who did not conform to the law.

"Our message is, yes, you will be handing them back," he said.

New Zealand police said in a statement Monday that 211 firearms have been handed in since March 15 and that some people handed in their guns before the government announced any proposed changes to the law. But that's just a fraction of thousands of firearms in the country covered under the ban, as NPR's Rob Schmitz has reported.

The bill is set to have its first reading on Tuesday and then head to the Finance and Expenditure Committee, New Zealand newspaper Stuff reports. A second tranche of gun control measures, including a weapons registry, is expected later this year.