Accessibility links
Rob Delaney On Wrapping Up Amazon's 'Catastrophe' And Working Through Grief Delaney co-wrote the final season of his Amazon series shortly after the death of his young son. Catastrophe didn't lessen his grief, but he says he found work and grief to be "compatible." 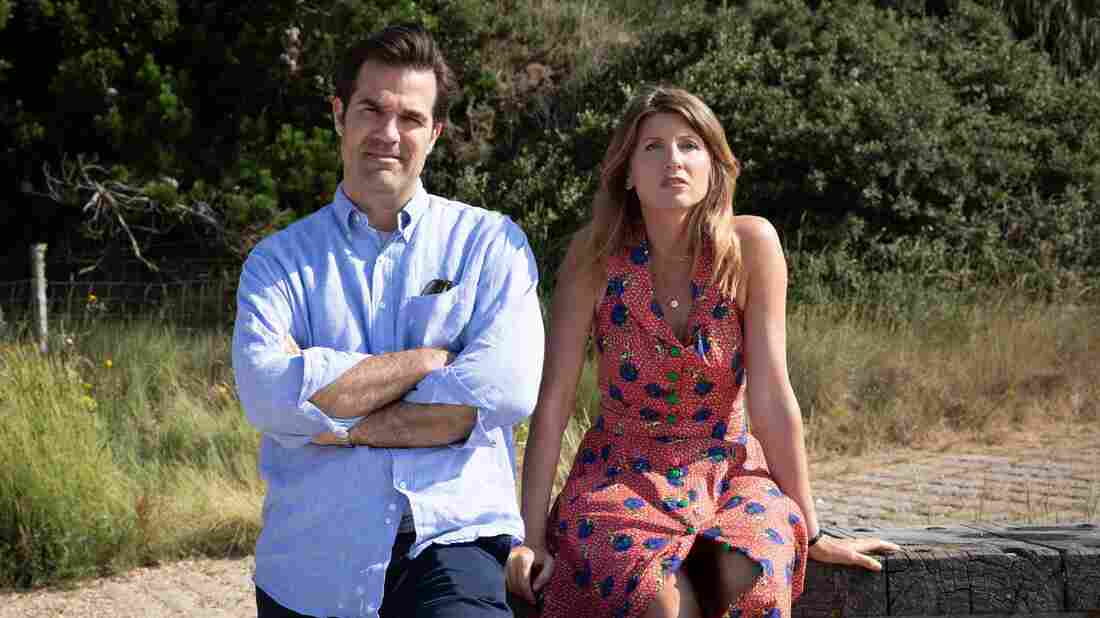 Rob Delaney and Sharon Horgan play a couple dealing with the stresses of marriage in the Amazon Prime series Catastrophe. Delaney and Horgan also co-created and co-wrote the series. Ed Miller/Amazon hide caption 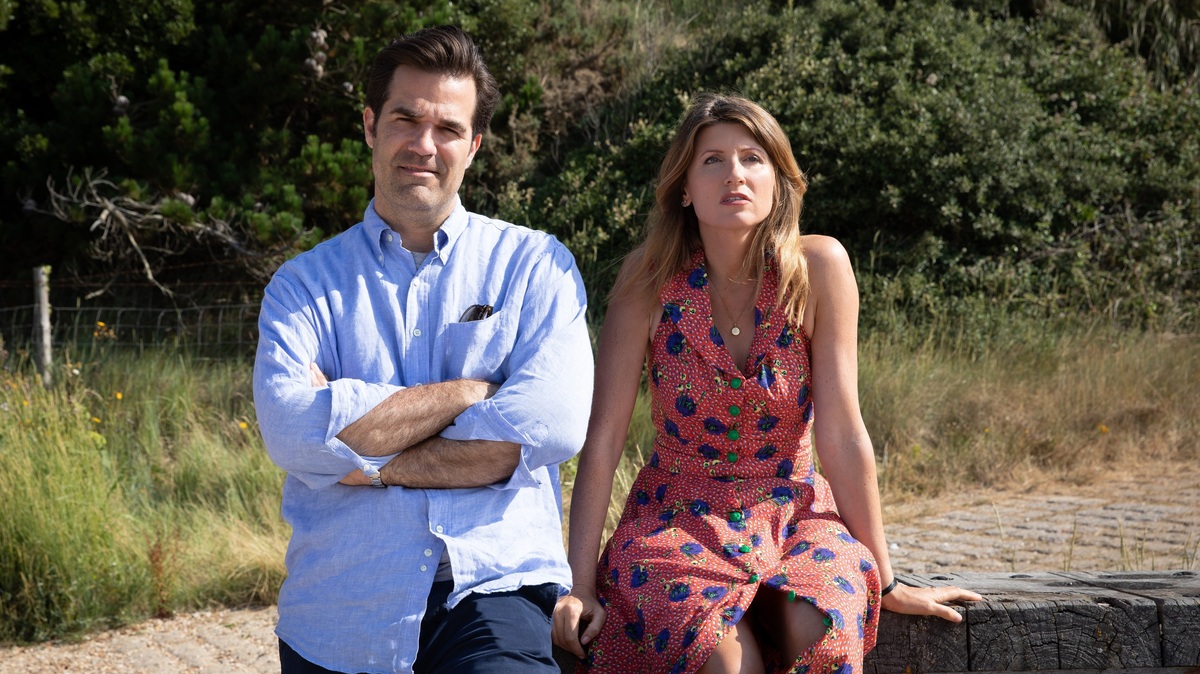 Rob Delaney and Sharon Horgan play a couple dealing with the stresses of marriage in the Amazon Prime series Catastrophe. Delaney and Horgan also co-created and co-wrote the series.

Over the course of its four seasons, Rob Delaney wanted Catastrophe — the Amazon series he created with Sharon Horgan — to show a more nuanced portrait of marriage than is typically shown on TV.

"Marriage is interesting — and it's richer, and more majestic, and magnificent, and terrifying than is often portrayed in sitcoms," Delaney says.

Delaney and Horgan co-wrote and co-starred in the show about two people who decide to get married following an unintended pregnancy.

In January 2018, just before Delaney was scheduled to start writing the final season of Catastrophe, his 2 1/2-year-old son, Henry, died of brain cancer. Delaney forced himself to go back to work.

"I have two other kids, and we have a third now — my wife was pregnant when Henry died," Delaney says. "And I just wanted my kids to see their dad go to work."

Working on Catastrophe didn't lessen or distract Delaney from his grief, but he says he found grief and work "compatible," in that the show gave him the structure he needed to "approximate normal behavior."

On how he lives with grief

I must remain sober. I've been sober for 17 years. If I'm not sleeping, I still have to be in bed for seven or eight hours a night. I force myself to eat. My wife and I force ourselves to go on the odd date so that our kids [see that] their parents have a relationship. ... Work was a part of that. Because I needed to put a support system in place so that grief could work through me and not kill me.

On no longer fearing death

I don't fear death anymore. I'd like it to happen a long time in the future, because Henry's illness and disability and death and being without him has not made me love his brothers any less, or his mother any less.

Like, I don't fear death anymore. I'd like it to happen a long time in the future — because Henry's illness, and disability, and death, and being without him has not made me love his brothers any less, or his mother any less. I want to be here with them. But when it comes time for me to die, I'm going to tap dance. I hope I'm 86 years old and in reasonably good health. ... A significant portion of me lives in another realm now and is with him.

We like to write in the same room. We like to rent the most austere office that we can. We've written in a different office in a different part of London every season. And sometimes it won't even have a window, or, if it does, it'll look onto a trash-filled courtyard so that we're not distracted. And then we write hard. We don't take breaks and we eat the same thing for lunch every day. ...

A Comedian's Voyage To 'The Membrane Between Life And Death'

One thing we always try to do is have the things that we say to each other really sound like human speech. So even though we've worked very hard on them and refined them, our worst nightmare is that it would sound like, you know, written or literary. So we make sure that we have sort of sanded off any of the shiny bits, or ... anything that's sticking out too far, by saying it out loud a bunch, and then changing it if necessary.

On writing dialogue for one another

I derive unbelievable pleasure from writing dialogue for Sharon and then hearing her say it. I do think that one thing the show did well is it's a pretty evenly balanced yin and yang of male and female energy, because it's written by, and produced by, and stars one man and one woman who were slogging away in the same dirty little office to make it.

So I think we did get pretty good at writing things for each other. I think probably one of the better pleasures for either of us is to have somebody be like, "Oh, that was amazing when you did that!" and we know that the other one wrote it, and that's when we know we're really working with a hive-mind situation.

On Sharon and Rob's frequent arguments in Catastrophe

We wanted to show that recommitting to each other and aspects of what might, at first glance, be considered a slog can actually ... be quite romantic and beautiful.

It can really be a minefield, even in a good marriage. If, like, younger people watch the show and think, "Oh God, I don't want to get married after seeing that!" And I'm like, "Wait, why not? They're a great couple." ... Sharon and Rob [are] a head down, one-foot-in-front-of-the-other, against-the-wind, holding-hands couple and they love each other. So it is a challenge for them, of course, but even the best marriages are, and they just take work. We wanted to show that recommitting to each other and aspects of what might, at first glance, be considered a slog can actually ... be quite romantic and beautiful.

On the primary nudity on the show being his rear end

Rob Delaney Talks About Gratitude, Perspective, Spaceships And A Career With Teeth

We didn't want anybody to watch [sex scenes] and be like, "Yeah, baby!" ... We just wanted it to be, first of all, funny, and, second of all, uncomfortable/awful. Plus nudity can really stop a story short. If there's naked people on screen, I'm not really paying attention to the story myself, but if it's a big, naked guy's hairy, white butt, that's kind of funny. ... I'm happy to use my butt as a punchline, because I don't think it stops the story short.

Lauren Krenzel and Seth Kelley produced and edited the audio of this interview. Bridget Bentz, Molly Seavy-Nesper and Beth Novey adapted it for the Web.