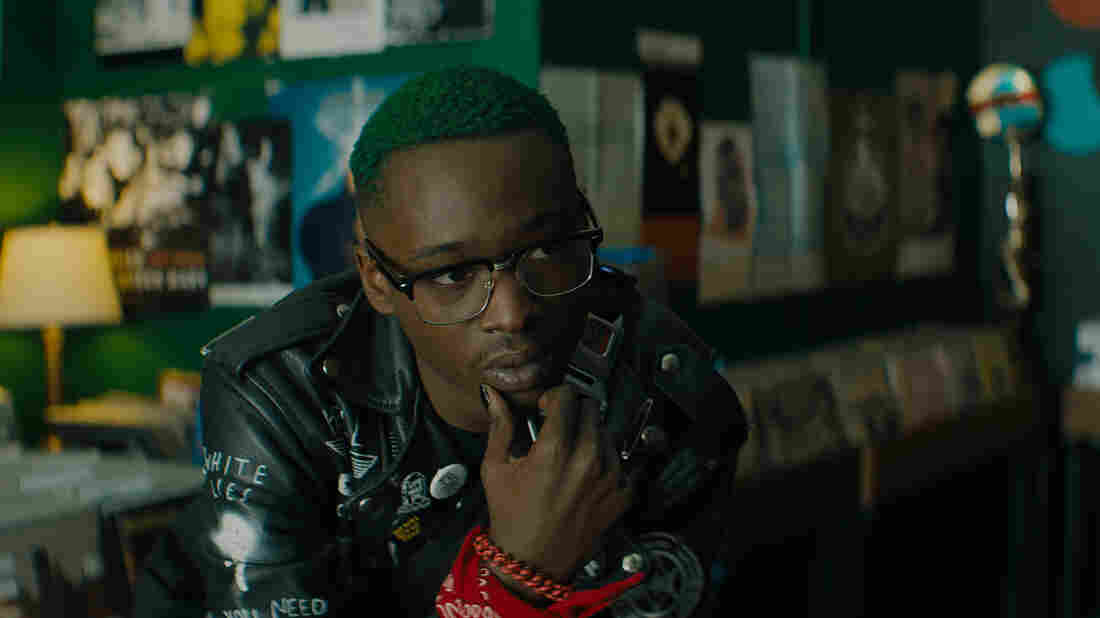 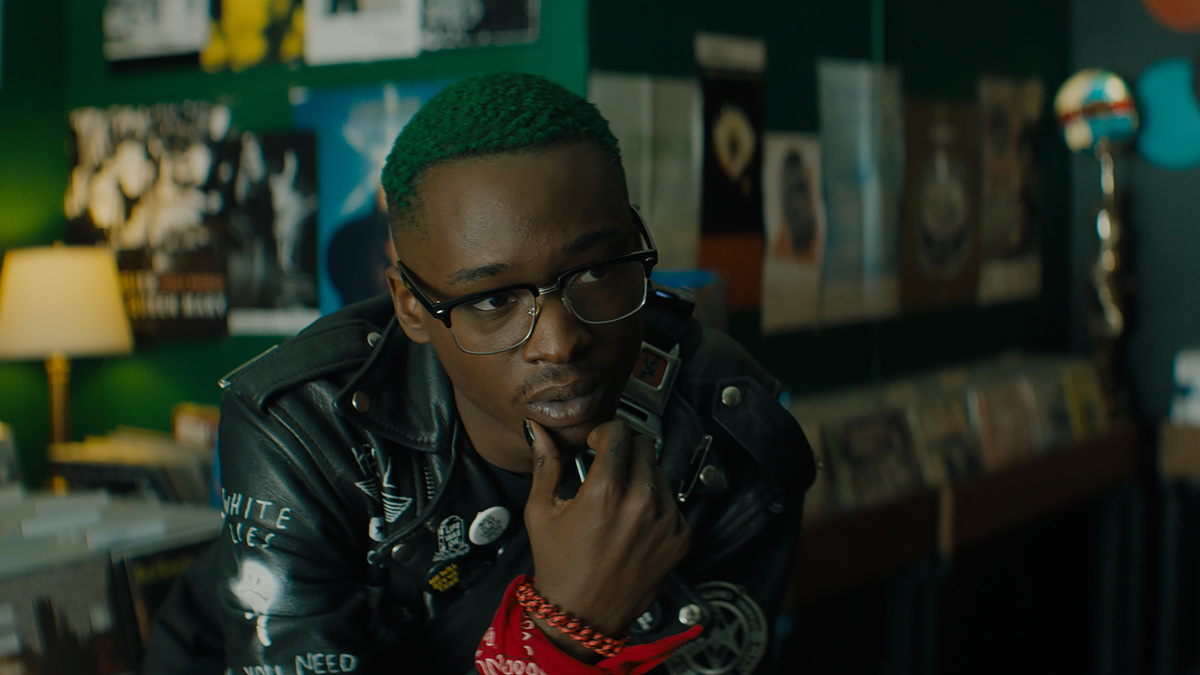 In the classic 1940 novel Native Son, 20-year-old Bigger Thomas dreams of a life beyond his impoverished Chicago neighborhood.

As in the book, the new Native Son movie begins with Bigger killing a huge rat in his house, where he lives with his siblings and their single mother. His troubles accelerate after he gets hired as a driver for the Daltons, a wealthy white family.

But this time, the story is set in contemporary times. The new retelling of Richard Wright's novel debuts on HBO this Saturday, April 6. Pulitzer Prize-winning playwright Suzan-Lori Parks wrote the screenplay. And the adaptation was directed by artist Rashid Johnson.

Ashton Sanders, who was in the Oscar-winning movie Moonlight, plays Bigger. In this version, he sports green hair and a graffiti-covered leather jacket. On set, Sanders explained Bigger is into both punk music and Beethoven.

Bigger is tasked with driving Mr. Dalton's wild-child daughter Mary (Margaret Qualley). Mary rebels against her privilege and impetuously tries to connect with Bigger. Mr. Dalton (Bill Camp) may fancy himself as a liberal, but Mary and her boyfriend Jan (Nick Robinson) fashion themselves as political radicals.

At the movie's premiere at the Sundance Film Festival in January, writer Suzan-Lori Parks talked about how she updated their story.

"In the original novel, Jan was a member of the Communist Party," Parks says. "So the Communist Party these days is not the same kind of party as it was back in the day. So immediately I said: Well we've got some parties that are also relevant, like Occupy or the anti-fascist movement, that a young person might want to join in that might cause some consternation in the hearts and minds of progressive wealthy parents."

There are a few other changes. In Wright's bestselling novel, Bigger was a rapist and a murderer — portrayed as a victim or product of his environment.

That characterization has been controversial. Novelist James Baldwin once wrote a critique: In his 1955 book Notes of a Native Son, Baldwin blasted Bigger's portrayal as stereotypical and unsympathetic.

But Native Son remains popular. Over the years, it's been adapted for stage, and also made into a movie twice. Author Richard Wright himself played Bigger Thomas in the 1951 movie. (Here he is doing his screen test.)

"It's always been rough for a black man living in America," Sanders says. "You know, there's always pressures that are put on us. You know, I feel like the black man walks around with an anxiety because of the way that America views him, the world views him, you know? And so yeah, it's still very relevant, because this is still kind of the same America." 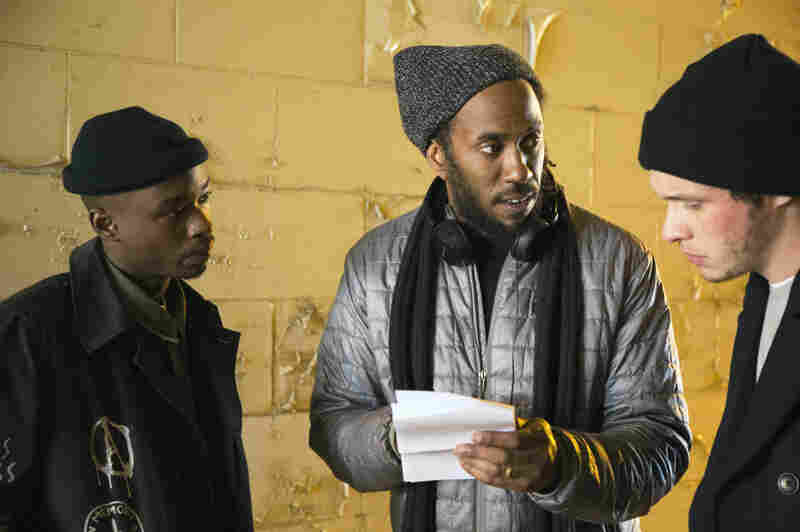 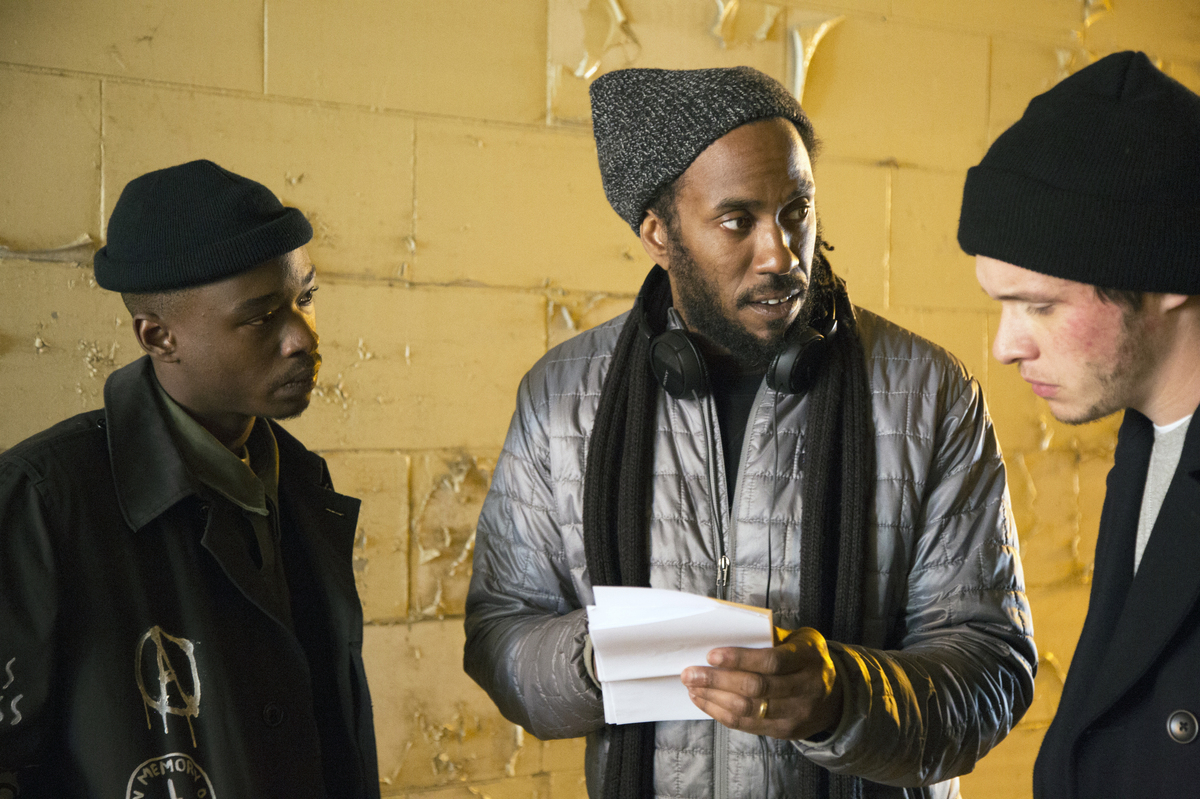 At his film's Sundance premiere, director Rashid Johnson explains why he thinks Wright's book is timely.

"His story Native Son — however divisive — is an incredibly complicated telling of how we're to examine some aspects of the black psyche," Johnson says.

Johnson also examines the black psyche in his artwork, which has been shown at major museums and galleries around the world. Just before he took off to direct Native Son, he had an art opening at the David Kordansky Gallery in Los Angeles.

"It reminds me: This is Bigger," she says. "That's who I'm looking at when I look at these grimaces and eyes that are bulging. I think of him, I think of Native Son, I think of Bigger."

A few weeks later, Johnson was on location in Cleveland, Ohio shooting Native Son. Before the cameras rolled on one scene, he spray-painted a similar skull image on a brick wall — one iteration of the characters he calls Anxious Men.

"I just kind of put it in the background," he says. "I think this film has quite a bit of moments of anxiety, and alludes to the idea of anxiety and how it functions in our characters, as well as in society as a whole."

On the wall of an alley for another scene, Johnson spray-painted the word "Run" — another theme he uses in his artwork.

"The idea of escape has been thematically a big part of my practice," he says. "And so it also lives in this film, as far as how Bigger is negotiating with what he's done. And the idea of running and escape I think are also strong themes that live in this film and in my work simultaneously."

That is, he put a little bit of himself into the film.

Johnson's 7-year-old son Julius makes a cameo in one scene. And gallery owner David Kordansky plays a record store owner in the film.

Johnson has made short films before, for commissions at the Guggenheim and the Garage Museum of Contemporary Art in Moscow. But Native Son is his debut as a feature film director.

"This dialogue, this is not easy, this part," he says. He quotes one of Bigger's lines from the screenplay. "Thank God I am not acting in this movie."

Still, Rashid Johnson seems at ease directing the actors — quite the opposite of an anxious man.