Accessibility links
Brunei Enacts Harsh New Laws As Part Of Islamic Penal Code The punishments are part of Brunei's penal code, first announced in 2013. While the new laws stipulate the death penalty for certain offenses, Brunei has not executed anyone in decades. 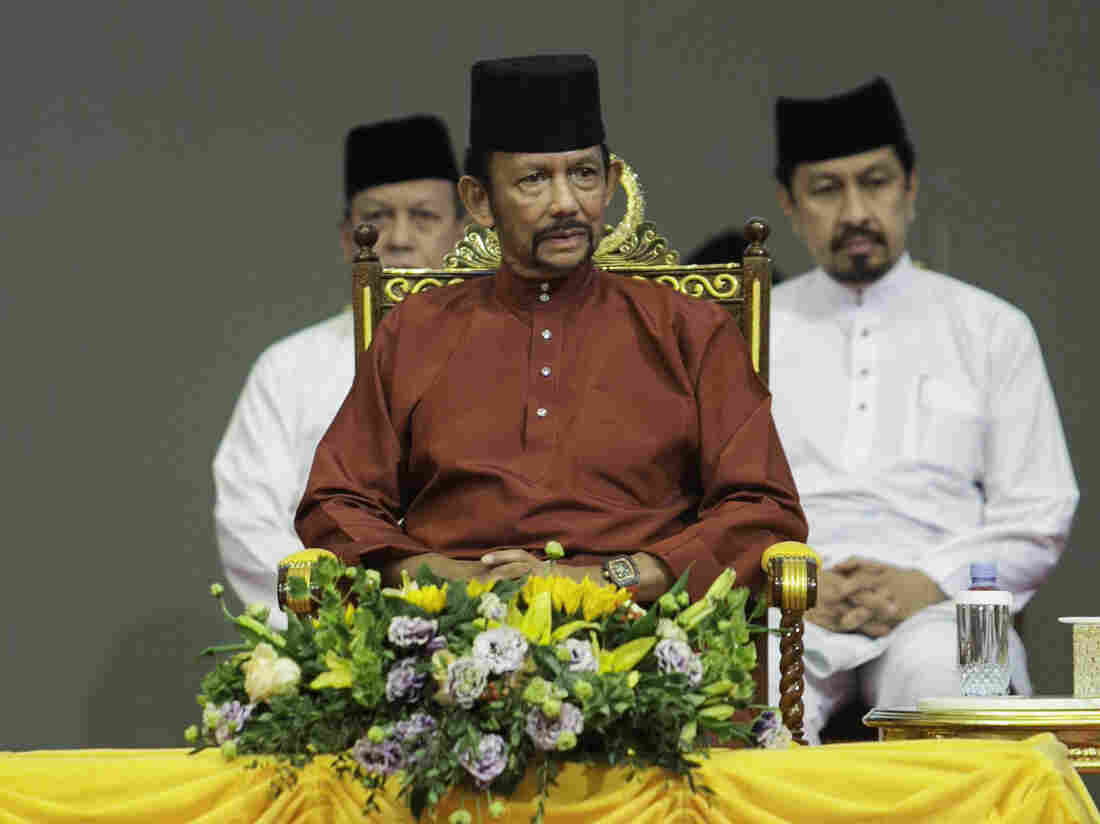 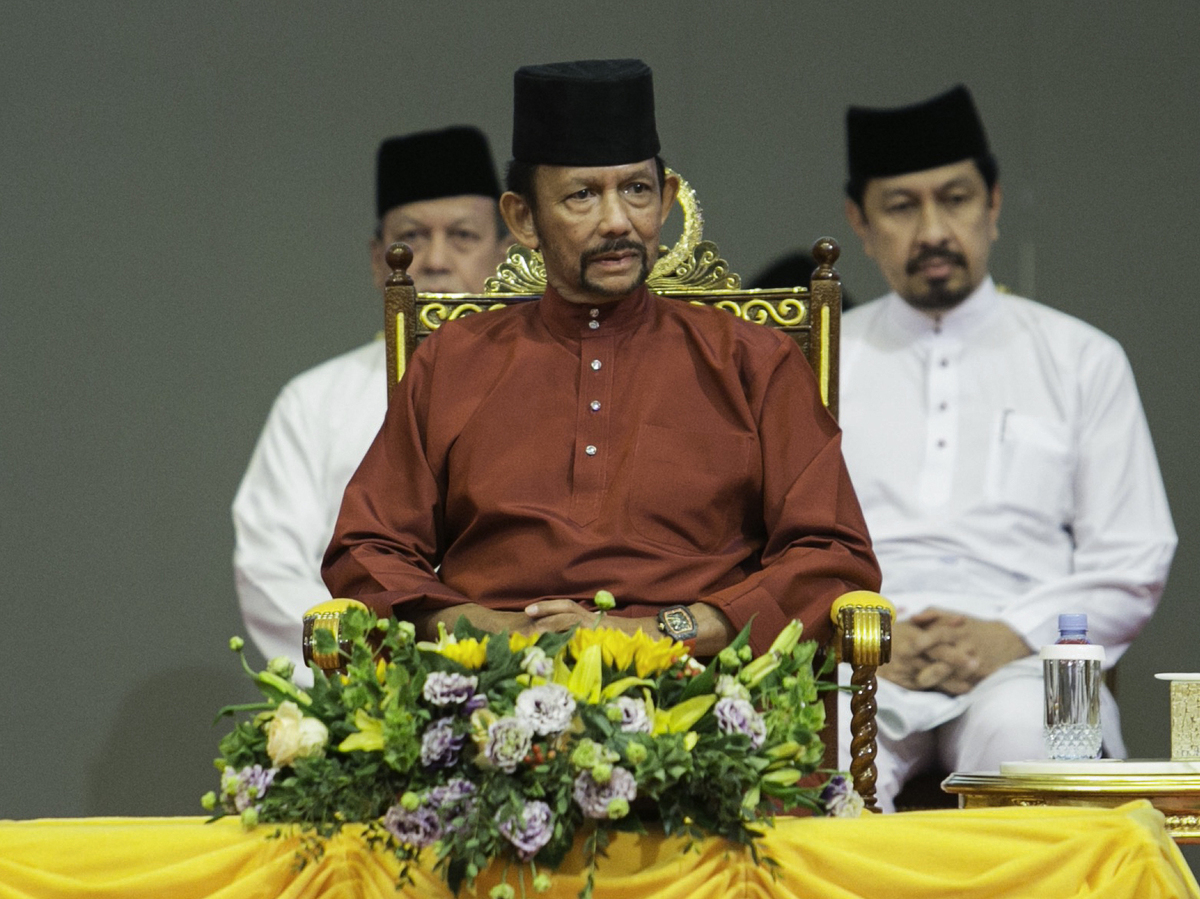 Harsh criminal and anti-LGBT laws went into effect on Wednesday in Brunei amid outcry from human rights groups and celebrities.

Brunei's interpretation of Islamic law now imposes death by stoning as a punishment for sex between men and adultery, as well as amputation of limbs for theft. Lesbian sex can carry a penalty of up to 10 years in jail, the BBC reports.

Under the measures, the punishments can also be applied to children in some cases. The new laws stipulate the death penalty for offenses such as rape, adultery and the defamation of the Prophet Muhammad, though the death penalty was already on the books in Brunei and the country has not carried out an execution since 1957, according to the United Nations.

"I urge Brunei to maintain its de facto moratorium on the use of capital punishment," U.N. High Commissioner for Human Rights Michelle Bachelet said in a statement on Monday. The U.N., Human Rights Watch and other rights groups have called the punishments in the legislation "cruel" and "barbaric."

"Brunei's new penal code is barbaric to the core, imposing archaic punishments for acts that shouldn't even be crimes," said Phil Robertson, deputy Asia director for Human Rights Watch, in a statement.

The laws mostly apply to Muslims, the BBC reports, with some aspects still applicable to non-Muslims.

Fewer than 500,000 people live in the oil- and gas-rich nation, and the majority are Muslim, though the country also has sizable Christian and Buddhist minorities.

Ellen DeGeneres, George Clooney and other high-profile celebrities have called for a boycott of Brunei-owned hotels in protest of these additions to the penal code. Brunei Investment Agency, a government-owned corporation founded by 72-year-old Sultan Hassanal Bolkiah, owns luxury hotels across the U.S., U.K. and Europe, including both the Beverly Hills Hotel and Hotel Bel-Air in Los Angeles, The Dorchester in London and Hotel Principe di Savoia in Milan.

"In the onslaught of news where we see the world backsliding into authoritarianism this stands alone," Clooney wrote in a column for Deadline promoting the boycott.

The Dorchester Collection, the hotel operator owned by Brunei Investment Agency, responded in a statement that its code "emphasizes equality, respect and integrity in all areas of our operation, and strongly values people and cultural diversity amongst our guests and employees. Inclusion and diversity remain core beliefs as we do not tolerate any form of discrimination," Quartz reports.

Brunei released a statement on Saturday defending the laws, saying the penal code criminalizes and deters acts against the teaching of Islam and "aims to educate, respect and protect the legitimate rights of all individuals, society or nationality of any faiths and race."

The newly enacted laws constitute the final parts of a penal code announced by the sultan in 2013, the first phase of which was enacted in 2014. The legislation received widespread condemnation from human rights groups at the time and made Brunei the first Southeast Asian country to institute sharia at a national level, as NPR reported.