Accessibility links
House Judiciary Committee Votes To Subpoena Full Mueller Report Attorney General William Barr plans to give Congress the Mueller report in mid-April, but with some redactions. Democrats insist they should get the full report and the fight could end up in court. 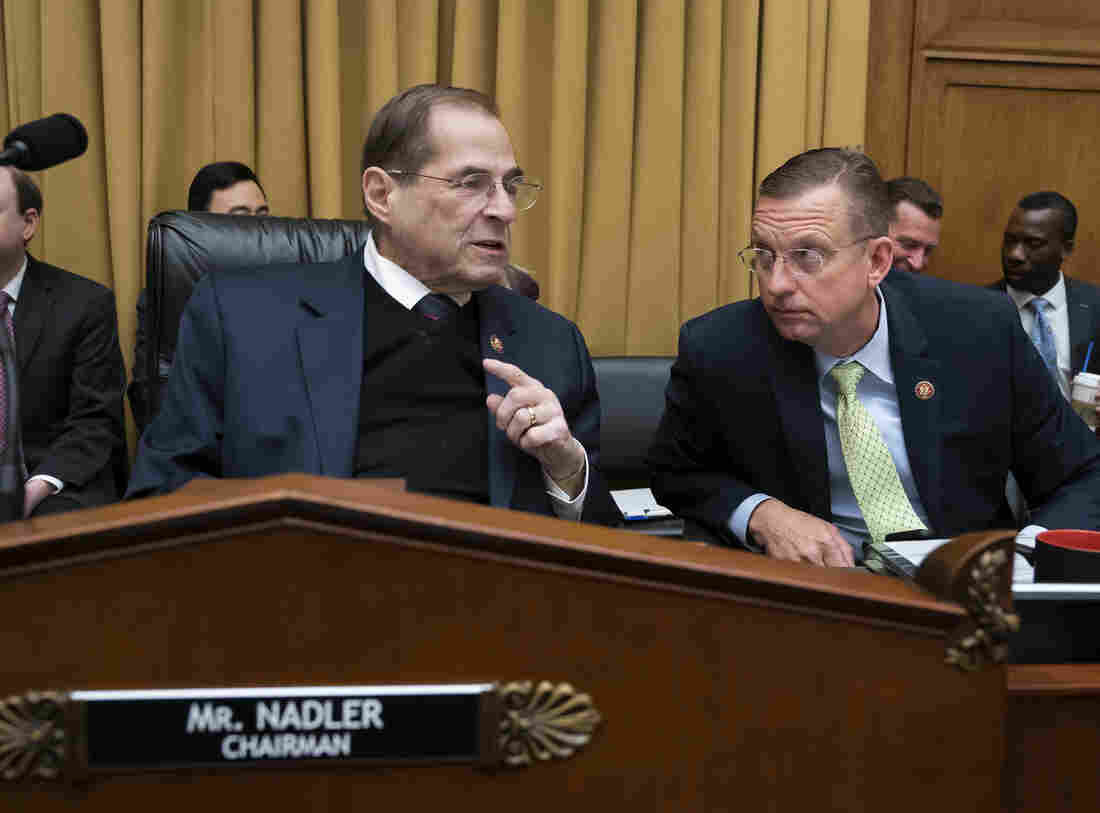 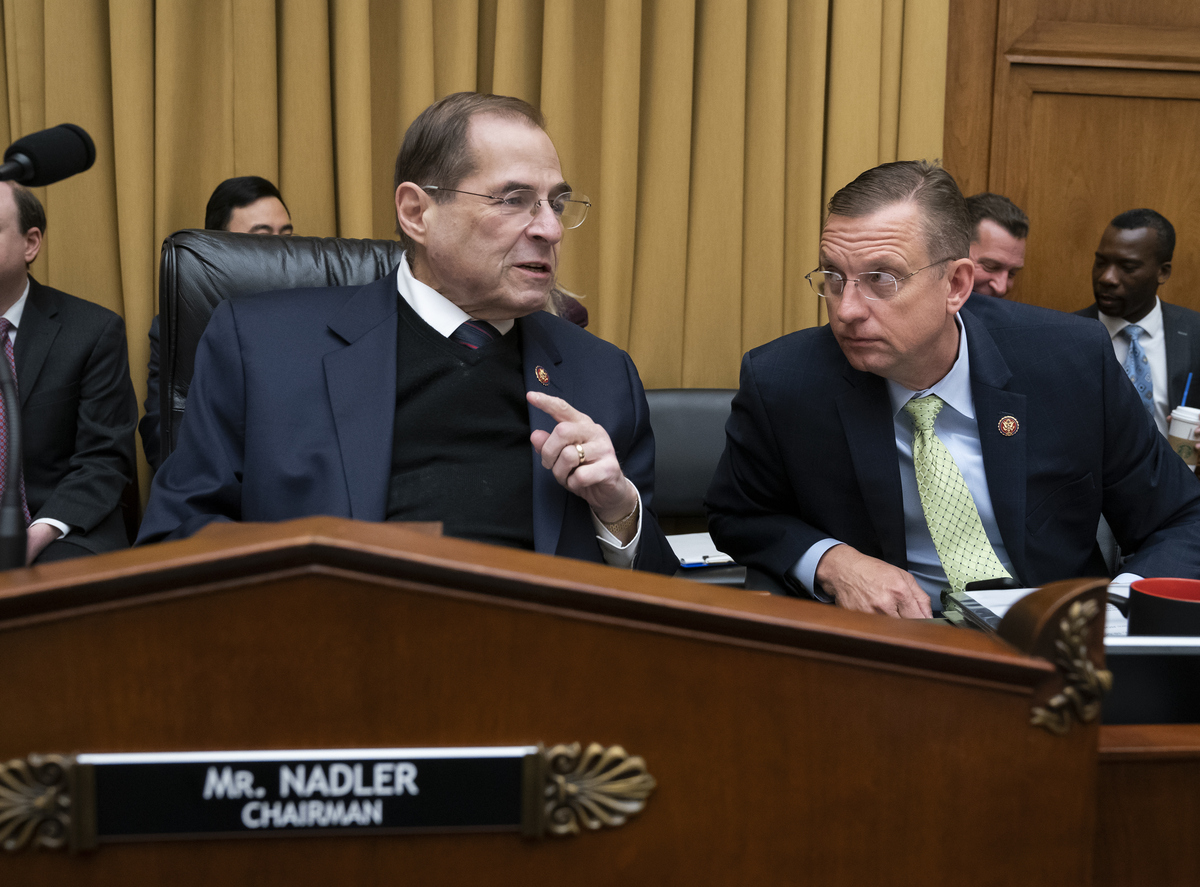 As the Justice Department prepares a redacted version of the Mueller report for release later this month, the House Judiciary Committee authorized subpoenas for the full report and its underlying investigative evidence.

"We are dealing now, not with the president's private affairs, but with a sustained attack on the integrity of the republic by the president and his closest advisers," said Democratic Chairman Jerrold Nadler of New York. "This committee requires the full report and the underlying materials because it is our job, not the attorney general's, to determine whether or not President Trump has abused his office."

The panel split along partisan lines, resulting in a vote tally of 24-17 to back the subpoenas.

During the contentious session, Republicans objected even to small procedural measures such as proceeding without verbally reading out the subpoena resolution in its entirety.

"Why is the chairman doing this?" asked the committee's top Republican, Doug Collins of Georgia. "Because even full compliance from these individuals wouldn't satisfy him. ... He's picking the fight because fighting makes good headlines, and because his caucus is desperate for dirt on this president."

Attorney General William Barr has promised to release a redacted version of the approximately 400-page Mueller report by "mid-April, if not sooner."

Barr said that the version he releases then will include redactions to grand jury information, intelligence information, information related to ongoing investigations and information that would "unduly infringe on the personal privacy and reputational interests of peripheral third parties."

But congressional Democrats have demanded both a full accounting of special counsel Robert Mueller's investigation and for it to be provided to Congress sooner.

A deadline set by six House Democratic committee chairs for these materials passed on Tuesday without action by the attorney general.

Following the committee vote, Nadler said that he would continue negotiations with the attorney general to obtain the full report, but if that failed he would move to issue a subpoena for those documents — which could set up a lengthy court battle.

"We're going to work with the attorney general for a short period of time in the hope that he will reveal to us the entire Mueller report, and the underlying materials, and will go to court to get permission to have the [grand jury] material," Nadler told reporters. "But if that doesn't work out in a very short order, we will issue the subpoenas."

The president weighed in Tuesday, before the committee's proceedings, arguing on Twitter that "with the NO COLLUSION Mueller Report, which the Dems hate, he wants it all. NOTHING WILL EVER SATISFY THEM!"

In 1998, Rep.Jerry Nadler strongly opposed the release of the Starr Report on Bill Clinton. No information whatsoever would or could be legally released. But with the NO COLLUSION Mueller Report, which the Dems hate, he wants it all. NOTHING WILL EVER SATISFY THEM! @foxandfriends

The Justice Department declined to comment on the House Judiciary Committee vote.