Accessibility links
Beyond Reefer Madness: Box Brown's Graphic History 'Cannabis' Tells Story Of A Maligned Plant Box Brown has a knack for using comics to illuminate tricky subjects. Now, with Cannabis: The Illegalization of Weed in America, he's turned his attention to one of the touchiest topics today. 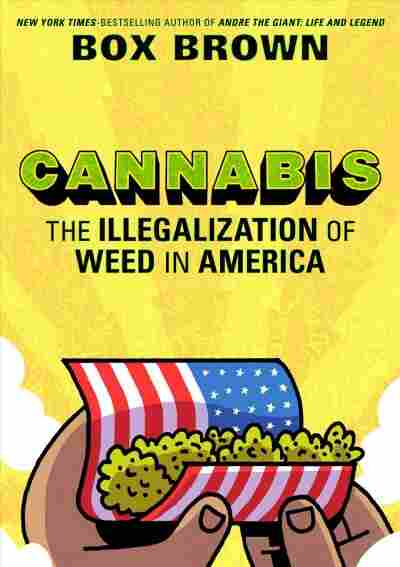 The Illegalization of Weed in America

Whether he's investigating such contentious celebs as André the Giant and Andy Kaufman or delving into the mythology of Tetris, Box Brown has a knack for using comics to illuminate tricky subjects.

Brown's pared-down drawings provide the perfect support for stories freighted with layers of misinformation and irony. Now he's turned his attention to one of the touchiest topics in today's news: marijuana. Cannabis: The Illegalization of Weed in America digs into the drug's history and the century-long, globe-spanning crusade against it. Brown enlivens his story with a host of quirky details, such as the reason old ads and articles sometimes call marijuana "marihuana." (Prohibitionists wanted to tap into anti-immigrant sentiment by emphasizing the drug's roots in Mexico.)

Brown spoke with NPR about his motivation for creating the book, the link between past and present drug policy and the surprising historical significance of his unusual name.

I have a long history with cannabis. I was arrested for possession when I was 16 [in the mid-'90s]. It was a very informative experience for me — I was able to see the ins and outs of the legal system at a young age. If a kid got busted with beer at a party, they would get some very minor, non-court-related arrest — or not get any kind of punishment. If you had marijuana, that meant handcuffs, detention, court, then probation. You're tied up in the legal system.

How was the history of marijuana in the United States bound up with racism and anti-immigrant sentiment?

The first laws in the U.S. prohibiting cannabis use were passed anywhere the immigrant Mexican population butted up with the United States. El Paso, Texas, had one of the first local ordinances prohibiting cannabis, and it was with the purpose of deporting Mexicans. In the 1930s, jazz musicians were targeted as likely marijuana users. 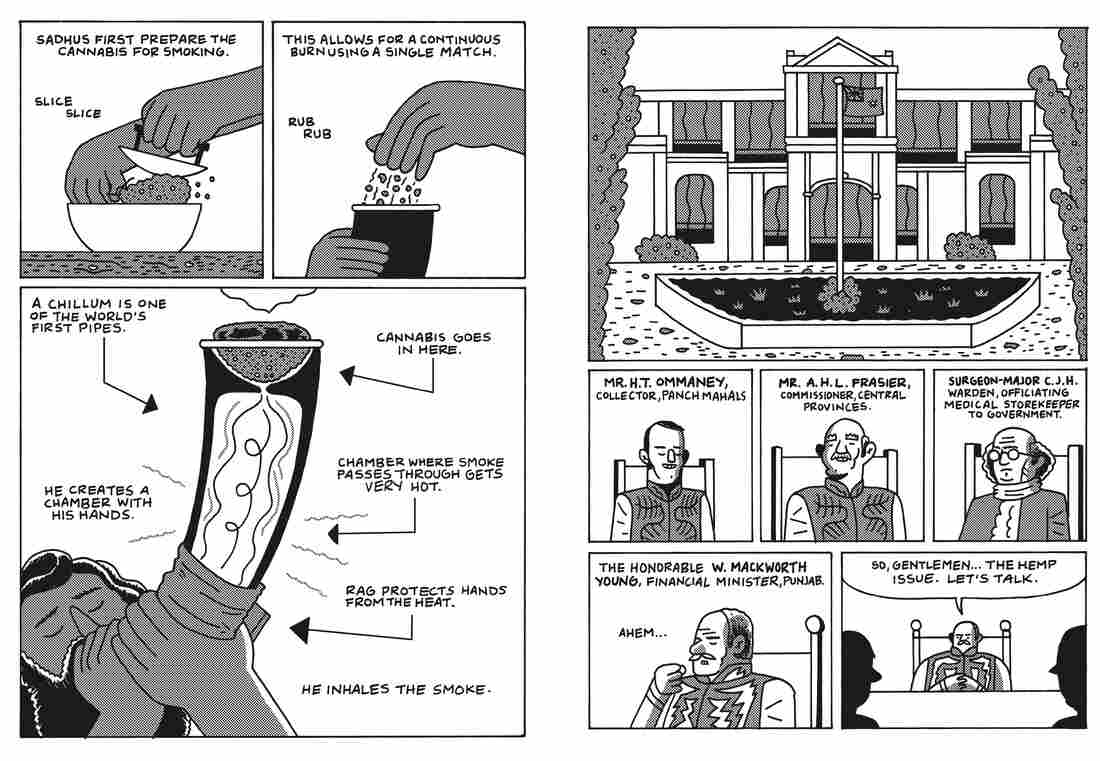 Was that something that surprised you?

It was surprising and it wasn't surprising. Today people of color are arrested at much greater levels for cannabis possession, even though use levels are equal among races. Finding out it was always about race was just like, "Oh, yeah. Of course."

The most interesting aspect of the whole story, to me, is what we did to India. India has a culture with cannabis that goes back as long as we know. It's in their holy books. The United States forced every country in the United Nations to make cannabis illegal. Now India has to bend to the will of the U.S.

Your book's bête noire is Harry J. Anslinger, who was appointed as the first commissioner of the Federal Bureau of Narcotics in 1930. What was Anslinger's influence on marijuana law?

His efforts to build up cannabis prohibition can't really be overstated. He fought tooth and nail, using all of the levers of power at his disposal, to change public opinion and influence those in high places. He had access to William Randolph Hearst, the most powerful media mogul at the time, and he went on his own little propaganda tour around the country to make sure every state signed on to prohibition.

Many, many people who came after him followed his playbook. We're still under his thumb.

Are there ways the conversation around cannabis is still influenced by people like Anslinger?

Tons of "reefer madness" stuff comes up every day. "Cannabis makes people psychotic" is something that still comes up all the time, along with the gateway drug theory, which was made up wholeheartedly by Anslinger.

At the end of the book, you become particularly explicit about your pro-cannabis stance. Why end on that note?

I wanted to make it clear that marijuana has been completely maligned. We should consider it like aloe, coffee, or any other plant we use to make our lives better. Even when it's legalized, we still punish the plant with exorbitant taxes. This unfair maligning of a plant still goes on today.

Before we say goodbye, I've got to know — how did you come to be named Box?

It was a nickname I got in college — it really didn't make any sense. But I found out later that there was a real person known as Box Brown. His name was Henry Brown, and he was a slave. He mailed himself to the North in a box and survived the trip.

Yeah, he mailed himself to freedom.

Etelka Lehoczky has written about books for The Atlantic, the Los Angeles Review of Books, The New York Times and other publications. She tweets at @EtelkaL.