Senate Rewrites Rules To Speed Confirmations For Some Trump Nominees

Senate Rewrites Rules To Speed Confirmations For Some Trump Nominees 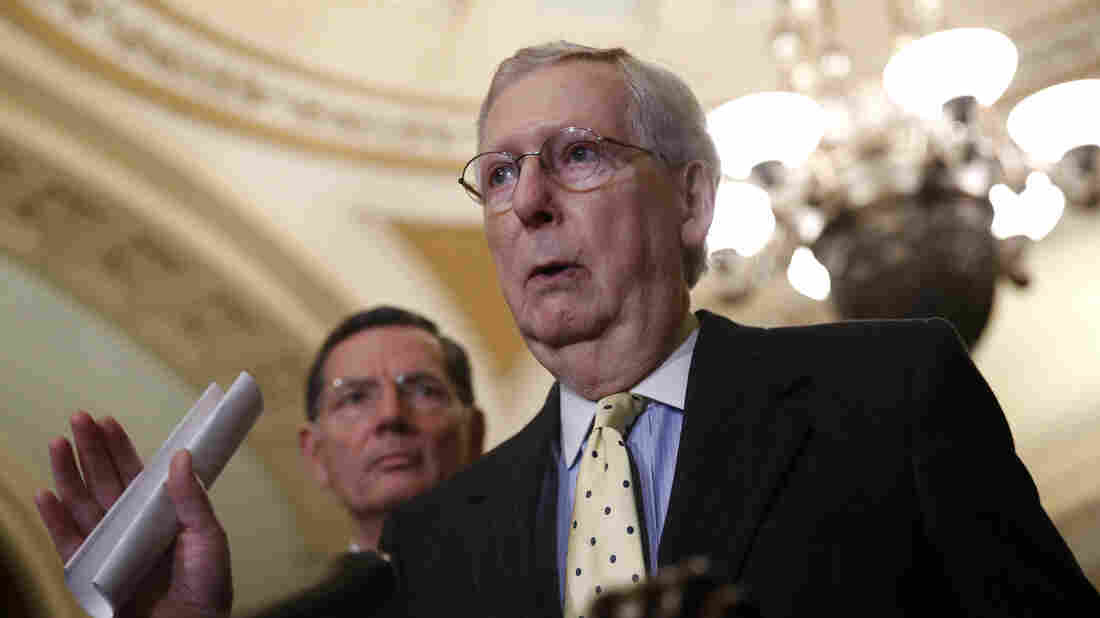 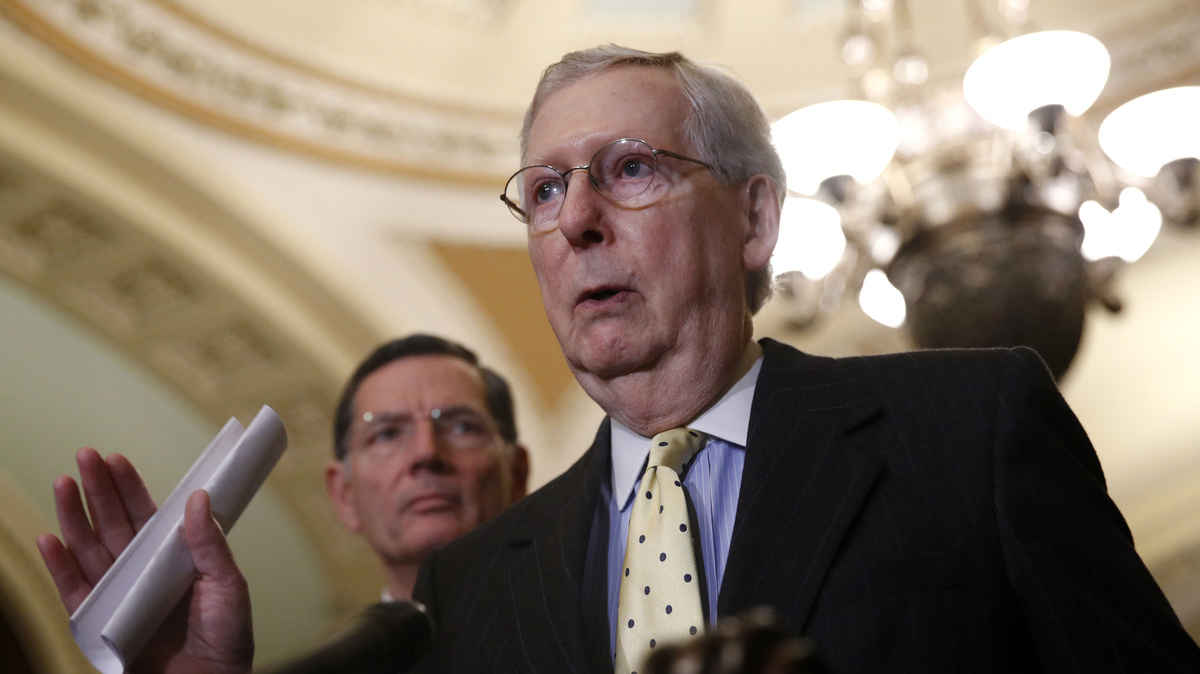 The Senate voted largely along party lines to change its debate rules — a move that will speed up the confirmation process for some lower-level judicial and agency nominees.

Senate Majority Leader Mitch McConnell, R-Ky., used a complex procedural maneuver, known as the nuclear option, to cut debate for lower-level nominees from 30 hours to two hours. The change does not apply to Cabinet-level nominees, federal appeals judges, members of some boards and commissions or the Supreme Court. It also does not change the 60-vote requirement to advance legislation.

All Senate Democrats opposed the move, and they were joined by two Republicans — Susan Collins of Maine and Mike Lee of Utah.

McConnell said the change is necessary to prevent obstruction from Democrats who have demanded lengthy debate on a number of nominees. He blamed Democrats for dragging their feet on a variety of noncontroversial candidates simply because they were nominated by President Trump.

"It is time for this sorry chapter to end," McConnell said on the Senate floor. "It is time to return this body to a more normal and reasonable process for fulfilling its constitutional responsibilities no matter which party controls the White House."

But Democrats insist changing the rules brings the Senate one step closer to eliminating the filibuster, a key tool for protecting the rights of the minority party in the Senate. Vermont Sen. Patrick Leahy, the longest-serving Democrat in the Senate, said Republicans are stripping rank-and-file members of both parties of a much needed opportunity to vet nominees before they come to the floor for a vote.

"It is an erosion of the Senate's responsibility," Leahy said. "It is a removal of one of the last guardrails for quality and bipartisanship in the nominations process. It is a shortsighted partisan power grab."

Democrats and outside analysts like Elliot Mincberg, a senior fellow at People for the American Way, point out that senators have changed their mind on nominees during the 30-hour debate time that Republicans voted to eliminate.

"It's very important to point out that these 30 hours that are provided for under long-standing Senate rules are critical in taking a good hard look at some of these Trump nominees," Mincberg said.

The two high-profile examples cited most often are Thomas Farr and Ryan Bounds, two Trump judicial nominees who were not confirmed despite overcoming a first procedural vote. Farr lost a vote in November after three GOP senators, Tim Scott of South Carolina, Susan Collins of Maine and Lisa Murkowski of Alaska, changed their minds.

Trump withdrew the Bounds nomination after it became clear that he would meet a similar fate.

Democrats and activists also worry that the move will further ease Republicans' quest to remake the federal court system by installing conservative judges at all levels of the judiciary.

"What Leader McConnell, President Trump and Republicans in the Senate are trying to do is use the courts to adopt a far-right agenda that Republicans know they cannot enact through the legislative process," Senate Minority Leader Chuck Schumer, D-N.Y., said shortly before the rules change. "They decided there was another route to achieving their policy goals. One that requires neither public support nor legislation: the court."

Progressive activists have been organizing against the rules change and hope to make the courts a larger issue for Democrats in the 2020 election.

Daniel Goldberg, legal director at the left-leaning Alliance for Justice, said, "This is just another example of the outrageous actions by Sen. McConnell and the Senate majority to do everything they can to enable the confirmation of ideologically extreme judges without careful vetting and without scrutiny by fellow senators and by the American people."