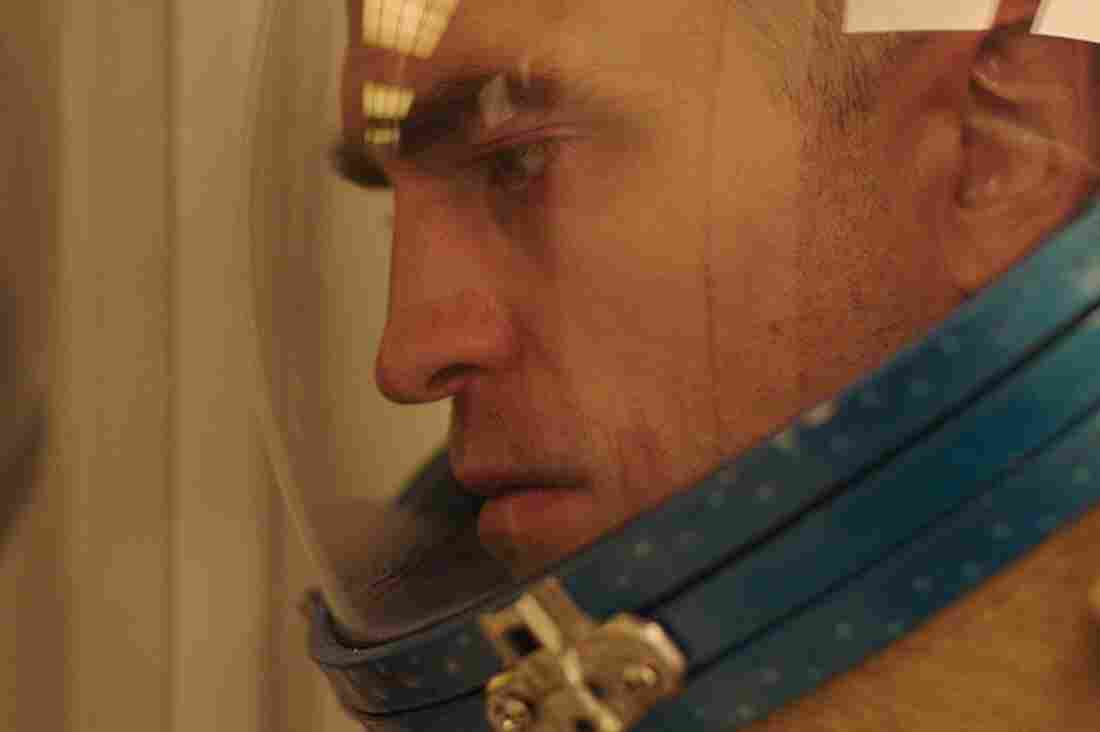 In High Life, a father (Robert Pattinson) and his daughter are stuck on a mysterious space mission. A24 hide caption 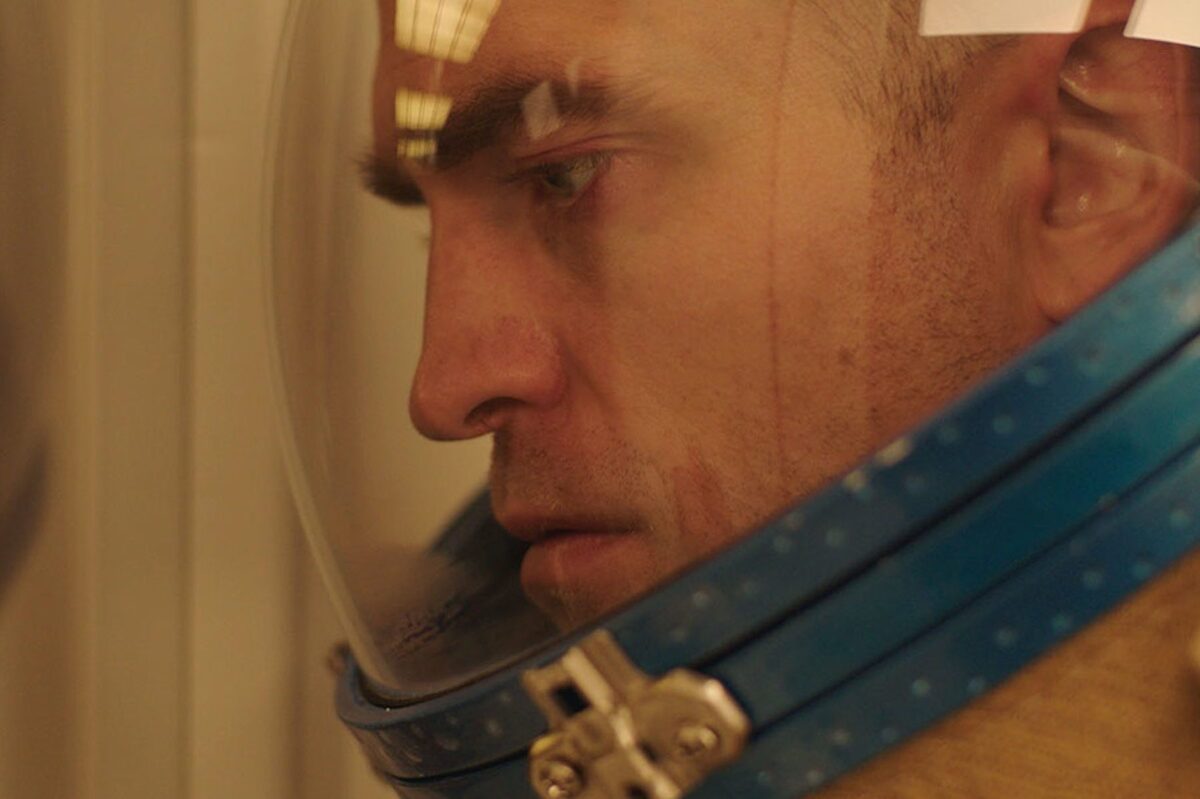 In High Life, a father (Robert Pattinson) and his daughter are stuck on a mysterious space mission.

The spaceship hurtling away from Earth is staffed with men and women sprung from death row to aid in a mysterious science experiment. The once-condemned crew believe they've been given a chance to redeem themselves and do one final good deed for humanity. Only later, as their signals to Earth begin to go unanswered and their true mission comes into focus, do they realize they have in fact been condemned twice.

High Life is strange and wondrous, less a traditional sci-fi film than it is a seductive journey into the long, black night of death. For many Americans it will also be a wormhole into the work of French director Claire Denis, who's been active in cinephile circles for three decades but has never before helmed a movie entirely in English. Of course, having the hipness cred of A24 and Robert Pattinson providing the rocket fuel doesn't hurt.

A prologue that wouldn't be out of place in a Tarkovsky film shows Pattinson's human guinea pig Monte in the aftermath of something horrible, wandering alone on the deck of this rocket to nowhere, with only a mysterious baby keeping him company. It's a great hook — what the hell happened here? — shot at Denis' familiar meandering pace, proving that even lightspeed won't rush her story. It's also a mission statement. As he hurtles toward oblivion, Monte's acts of paternal care exist in a kind of vacuum. Maybe life and love are possible within a universe of infinite cruelty, and it's up to the individual to determine their worth.

'White Material,' An Insufficient Armor In The End

'Let The Sunshine In': A Soulful French Comedy Of Carnality

Flashbacks soon fill in some of the story, though not all of it. For much of the mission Monte (minus the baby) has been in the company of several other inmates. They're all beholden to Dr. Dibs, the ship's sexpot mad scientist, played with ecstatic camp glee by Juliette Binoche. Dibs, like Dr. Frankenstein before her, is obsessed with conjuring life from nothing, and the thriving greenhouse on the ship, combined with the turkey basters she employs with surgical precision, give a clue as to what she might want from her captives ... or perhaps more specifically from Monte, whom she clearly lusts after. (Pattinson is terrific in this, playing Monte as someone who's practiced at the art of concealing his true soul from the world.) But Dibs' other subjects are less than cooperative. Some have a streak of sexual violence you might expect of the circumstances that brought them onboard, while the powder-keg Boyse (Mia Goth) simply resents the idea of becoming someone else's experiment, even with the limited options she has available to her at such a prematurely late stage of life.

Denis grew up in colonial French Africa, where she's staged many of her films, and it often feels like every landscape is a form of outer space to her. Over output as disparate as the Djibouti-set military-exercise symphony Beau Travail, the deeply unsettling cannibal horror "romance" Trouble Every Day and well into this brave new foray, she demonstrates an eerie, clinical fascination with the human body in moments of both monotony and crisis. What do our routines, our thoughtless movements, tell us about ourselves? And what are we capable of doing to each other's bodies, or to our own, when given the chance?

Maybe such a description of Denis' work is necessary to newcomers because otherwise something like High Life, with its cloudy, elliptical narrative, uncomfortable sex stuff and spats of truly nasty behavior, could be... well, an alienating experience. The film frames the cosmos not as a new frontier of exploration, a land of wonder and hope, but as a delayed death sentence: No return from the undiscovered country. And our brief glimpses of Earth don't fare much better. Through the eyes of the prisoners, we can only see a world that neglected and abandoned them until it was too late, and then formally expelled them from its orbit.

Another trademark of Denis, the salacious imagery, becomes High Life's clearest bond to Earth: Humans are creatures of sex and violence, after all. There's an inky black chamber on the ship that's equipped only for self-gratification. There's some business with sperm that will make you think less of eroticism and more of an animal testing lab. There's a shocking attack involving glass shards. All of this is made even more uneasy because the ship (designed with muted tones and a chilling sterility by sculpture artist Ólafur Eliasson) throws off our equilibrium, its close quarters making mincemeat of the idea of personal space. High Life confirms something we've long expected in the movies: From 2001 to Alien and beyond, every spaceship inevitably becomes a prison.

There are moments when it seems the film isn't grandiose enough for its vision, leading to some underdeveloped characters (like André Benjamin's soft-spoken gardener Tcherny) who feel like afterthoughts. All the same, High Life has hard things to say about our species, and about what it means to push people beyond the point of no return. In those outer limits we find pain and life, and a singular filmmaker unafraid of the dark.