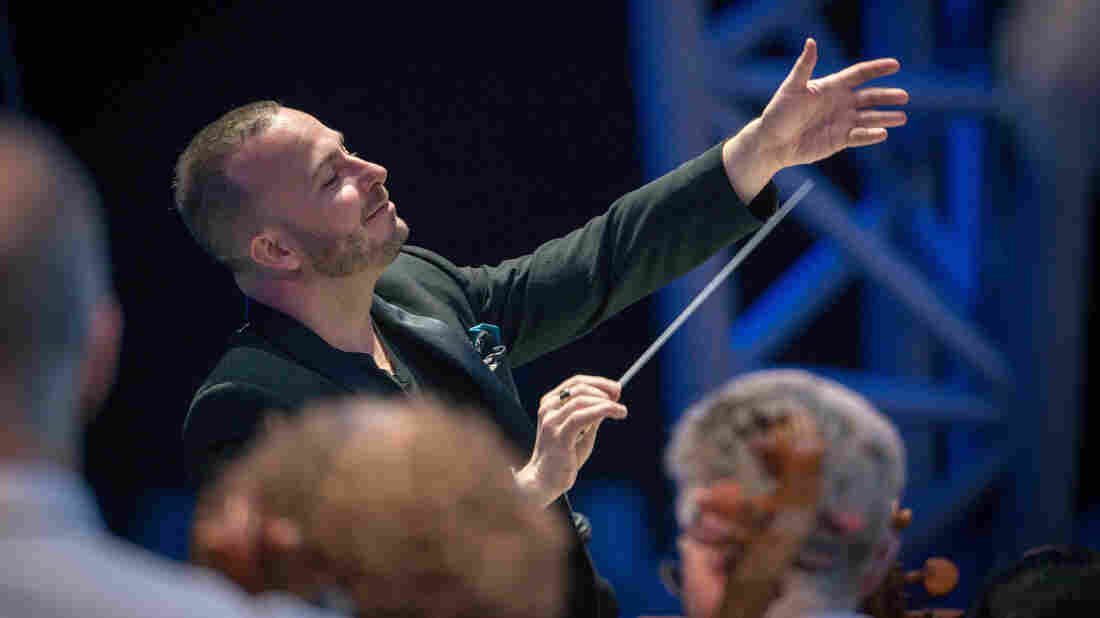 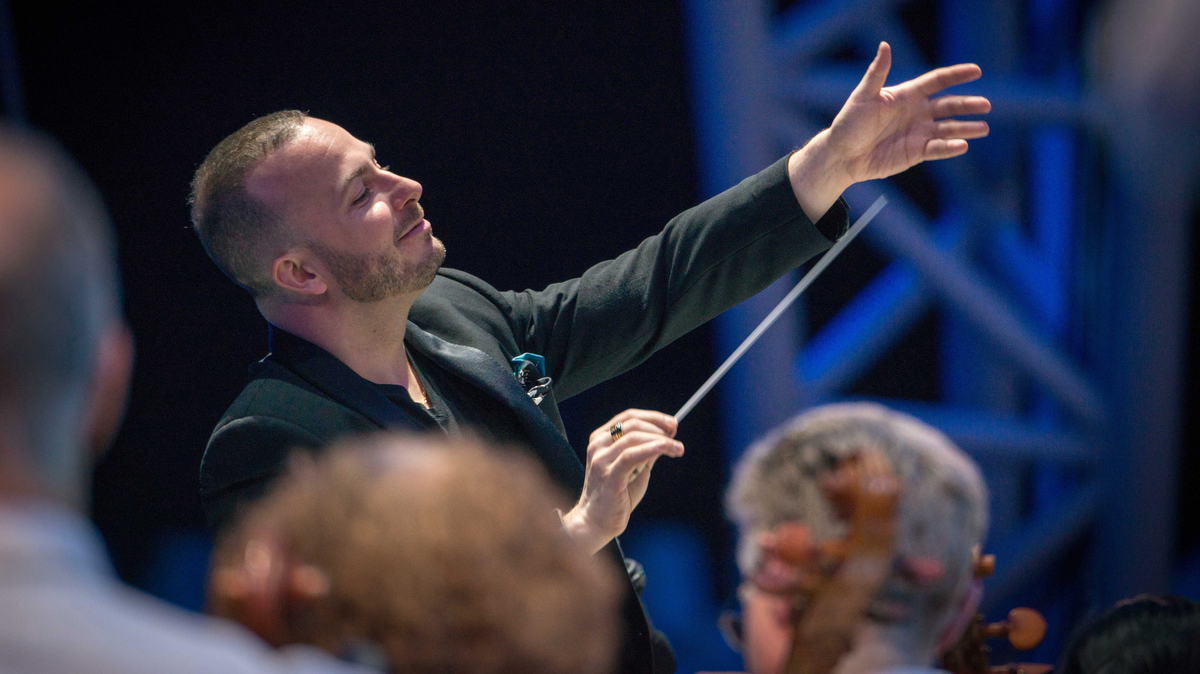 Yannick Nézet-Séguin has been the music director of the Philadelphia Orchestra since 2012.

Ever since he was a little boy, Yannick Nézet-Séguin knew he wanted to be a conductor. He likens the feeling to something "almost like a religious call."

"Making music in the group is what animates me," he says.

Now 44, Nézet-Séguin is the music director of New York's Metropolitan Opera and the Philadelphia Orchestra, two of America's most storied musical institutions. For Nézet-Séguin, the hardest part of conducting is containing his emotions on the podium. "You have to live completely emotionally what [the music conveys]," he says, "But also have some part of your brain that's outside to control; otherwise it's potentially a train wreck."

Nézet-Séguin says harnessing his passion for music has been a lifelong endeavor. "I was swamped by emotion when I was younger. My piano teacher always used to tell me, 'You have always to keep the mind cold and the heart warm.' And this is, I think, what we should always strive for as performers."

On a generational shift in conducting

I think the shift is clearly happening. When I was 22, 23 years old and I happened to be on the podium in front of seasoned players who had been all more experienced than me in the music they were playing, why should they listen to me? They can't listen to me because of reputation, at that time. And reputation doesn't go very [far] anyway with orchestra musicians, you have to just deliver. ... And they can't listen to me because of experience and age, and so what is authority? 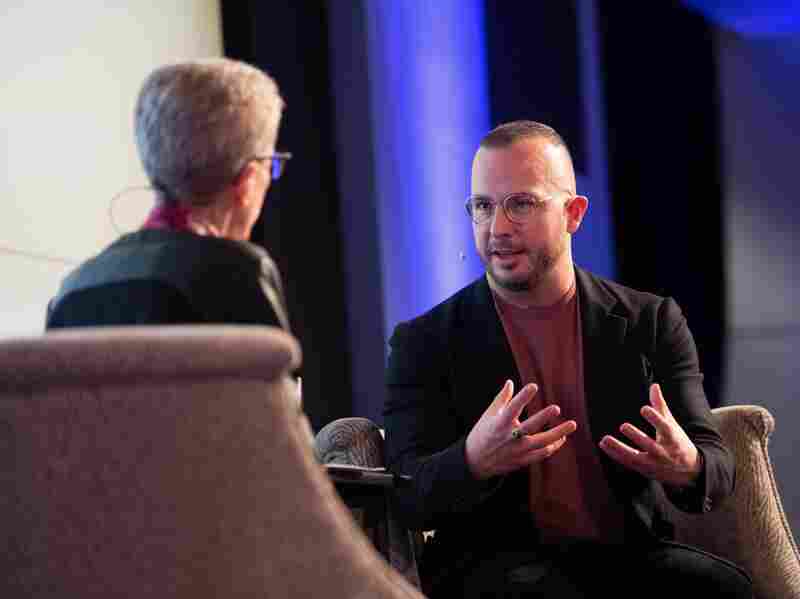 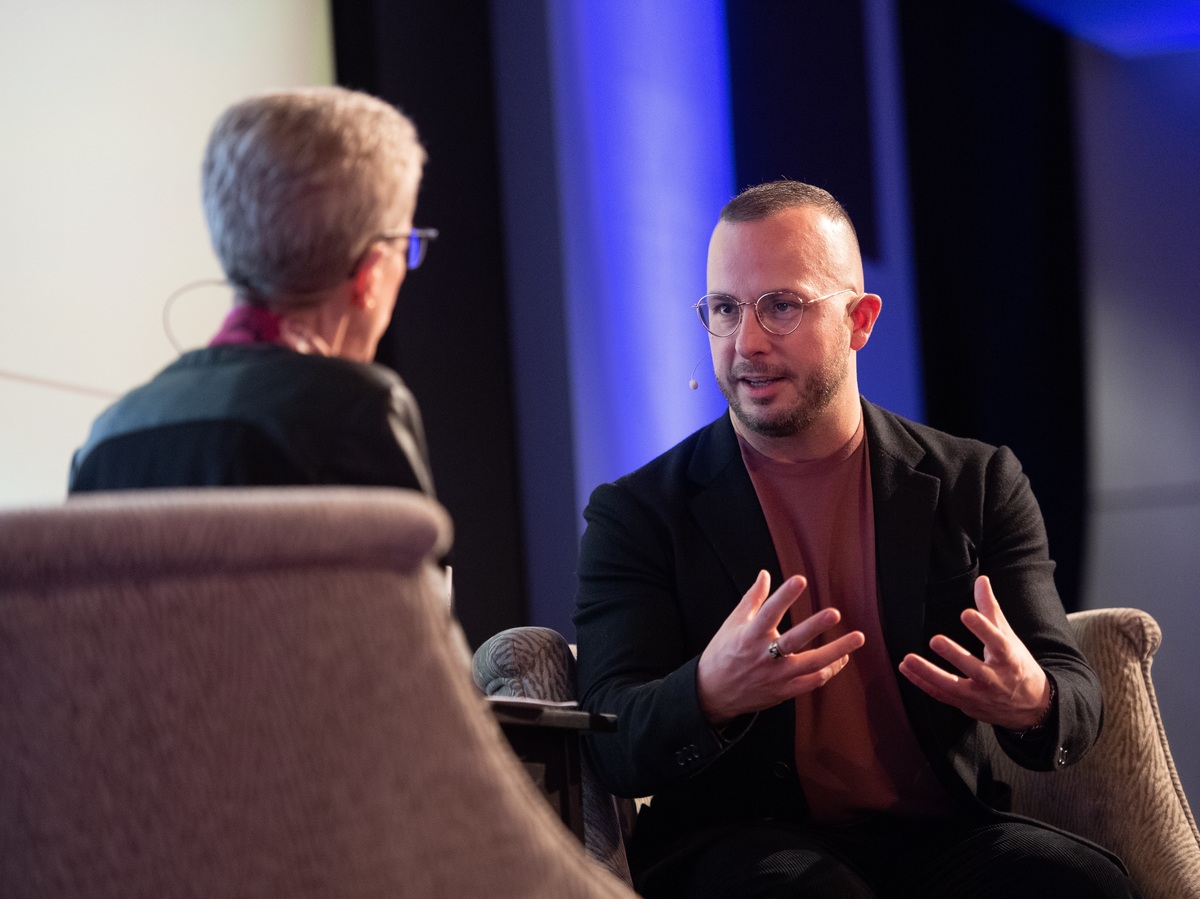 The two things they couldn't deprive me [of] was how prepared I would be in front of them, so knowing my scores very well. And my love for the music. This is why very early on, I internalized this love, that I should be the one sharing [that love] at all times, to remind people around me why we all do this. We are there to communicate. We are there to generate some emotion that's been written in the scores we have to play.

I'm talking about the generation of [Los Angeles Philharmonic music director] Gustavo Dudamel and [Boston Symphony Orchestra music director] Andris Nelsons, to name my colleagues here in the U.S. We all have our different ways of leading, but I think we all understand that it's better to be the one sharing the positive about the music to get the best out of it.

I didn't have any idea how complex or how multi-layered it would be, and especially how fantastically universal, in a way, it needs to be. You have to be well-read. If I do a piece — a symphony by Brahms with the Philadelphia Orchestra or an opera by Verdi at the Met — I need to know the chamber music of Brahms, and the melodies by Verdi and also his string quartet. You need to know the repertoire of everything and of course, the complexity of the scores; it's knowing how every instrument functions.

[It's like] speed reading. You see the page and you identify right away the thoughts and the key words. It's a little bit this way [when you] sight read a score. Your brain starts to know, "Oh yeah, the first violins are located here and they're doubled, of course, by the flute and the oboe, and this goes in parallel." But it also requires hours and hours and hours and hours of studying in silence, as opposed to the orchestral musician, who has their flute or their violin or their trumpet or their drums, so there's always a sound. [Being a musician is] actually less lonely, because you are alone with your instrument, which is another persona in a way, as opposed to the studying of the conducting which is, along with the score and all the music in your head, not even a sound until [you start working with the orchestra and] it becomes very gregarious.

On conducting with his whole body

My model in this is really Leonard Bernstein because he also [conveyed] how every bone of the body should express music while on the podium. Why just limit it to the arms, which is what usually people see? It's the eyes, the eyebrows, the shoulders, the feet. And I'm not of a very tall stature, and actually most of my colleagues are relatively on the short side. ... I think it has to do with the way every part of the body then relates to each other. It's fascinating. It's more unusual to see a very tall and lanky conductor.

On being an openly gay man in the music world

For me, and for both of us, what was important was to make it as natural as possible. I realize we had the luxury to live in Montreal, where this is accepted, but it is not without challenges. ... But we never encountered any resistance about it, and we were quite slow and reluctant to be having these kinds of things where, "OK, I am coming out." ... And now, I feel this responsibility to talk about it, because I receive letters from so many young musicians who struggle with this still, in our days. I think they need to see that, yes, it is possible to live a great life where you can actually reconcile your love life and who you are deeply as a person with who you are as an artist.

Lauren Krenzel and Seth Kelley produced and edited the audio of this interview. Bridget Bentz, Molly Seavy-Nesper, Sidney Madden and Tom Huizenga adapted it for the Web.