Accessibility links
Georgia Gov. Brian Kemp Signs New Voting Law To Address Concerns From 2018 Race Under the new law, polling places cannot be changed 60 days before an election, and it will take longer for people who choose not to vote to be removed from the state's voter registration list. 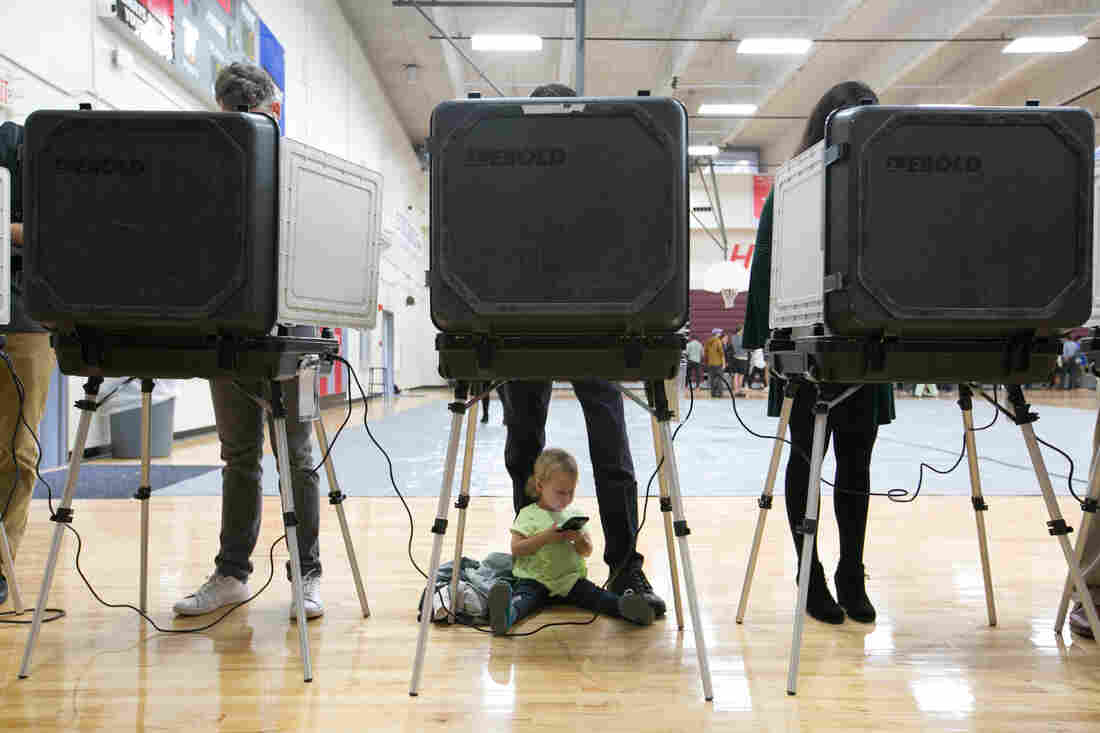 Voters at an Atlanta high school on Election Day 2018. Georgia Gov. Brian Kemp has signed a new law addressing some of the complaints about how that election was run. Jessica McGowan/Getty Images hide caption 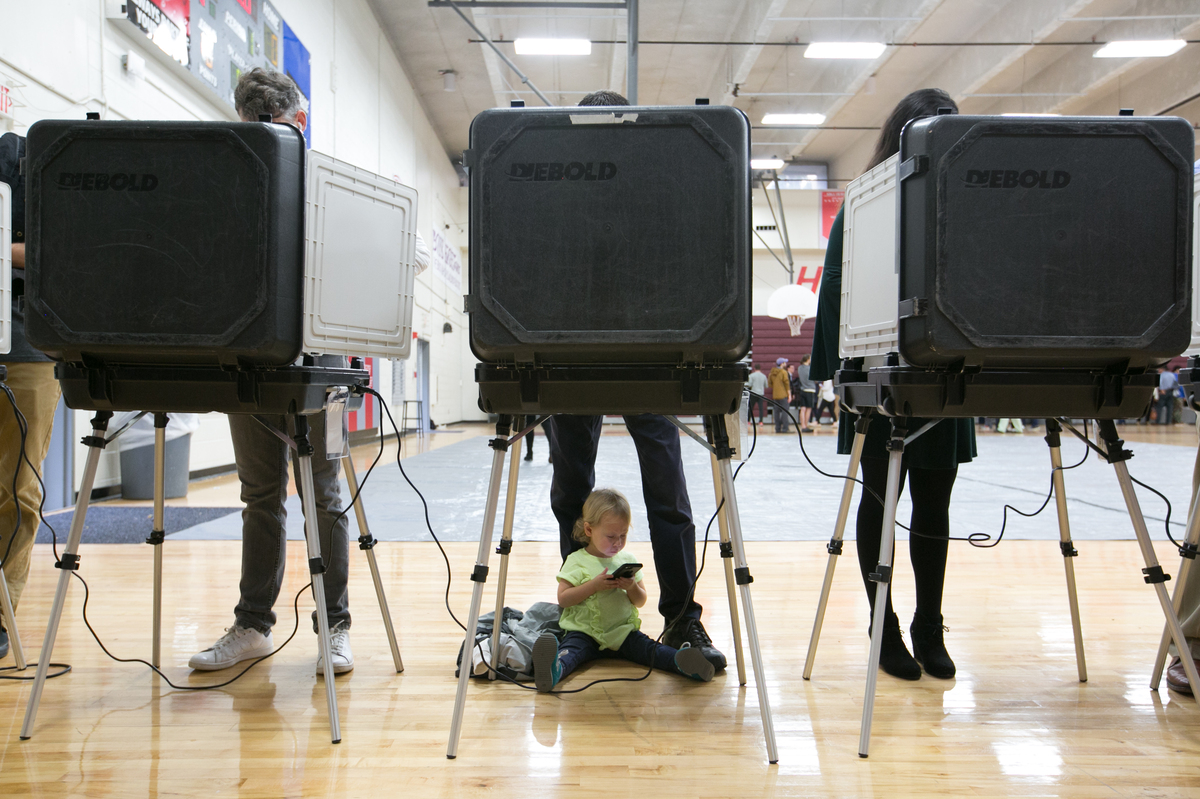 Voters at an Atlanta high school on Election Day 2018. Georgia Gov. Brian Kemp has signed a new law addressing some of the complaints about how that election was run.

Georgia Gov. Brian Kemp has quietly signed a sweeping overhaul of the way elections are administered in the state. It includes several provisions, backed by Democrats, to address concerns about how nonwhite voters are treated that were raised during Kemp's election last year.

Under the new law, polling places cannot be changed 60 days before an election, and it will take longer for people who choose not to vote to be removed from the state's voter registration list.

The law also blocks county election officials from rejecting absentee ballots because of mismatched signatures, and when information on a voter registration application doesn't match other government databases, the voter will remain on the rolls.

Kemp's signing the bill, which had been approved weeks earlier by the Georgia Legislature, marks a shift for the Republican. As a candidate for governor in 2018, Kemp supported removing voters' names from registration lists if they hadn't voted in recent elections and blocking registration applications that didn't exactly match other government databases. Voting rights advocates said both policies disproportionately affected people of color, who tended to back Democratic candidates.

At the time, Kemp was secretary of state, Georgia's top election official, and had refused calls from Democrats and civil rights groups to step aside from overseeing an election in which he was running.

Stacey Abrams, his Democratic opponent in the governor's race, attacked Kemp for policies that she alleged made it harder for people of color to cast ballots.

As recently as Wednesday this week, Abrams called Kemp an "architect of voter suppression" during a speech at the National Action Network Convention in New York.

Kemp repeatedly denied he was trying to prevent anyone from voting and argued that the policies might prevent in-person voter fraud, even though there was no evidence it was widespread in the state.

When the Legislature passed the measure last month, Kemp said in a written statement that the measure "modernizes Georgia's voting system and ensures our elections remain secure, accessible, and fair."

Kemp's gubernatorial staff on Thursday said he was not available for an interview regarding the election overhaul law.

"I think the state is finally moving slowly in the right direction," said Sean Young, legal director for the ACLU of Georgia. "Some legislators are waking up to the fact that instead of wasting taxpayer dollars on pointless litigation, they should be making fixes in the law."

The most substantial portion of the bill signed into law by Kemp will require that electronic machines that print paper ballots be used statewide for in-person voting by 2020.

"It gives you that 100 percent confidence that whatever the result was, you've got it right," said Republican Secretary of State Brad Raffensperger, who supports the new law and will be tasked with implementing much of it.

But more than a dozen computer scientists wrote a letter to state lawmakers and officials, warning that electronic machines that print paper ballots would be vulnerable to hacks or malfunction.

Georgia is currently one of more than a dozen states that use touch screen voting machines that do not leave a paper trail for voters to verify that their ballot was properly cast.

Local election officials, however, favor touch screen voting machines that print paper ballots, because they say they are most similar to what Georgians use currently and eliminate questions about voter intent.

While the bill contained some of the changes to voting laws asked for by Democrats, they ultimately did not support the measure as it moved through the Legislature because of security concerns about the new voting machines.

But Republicans control the Georgia statehouse, and they pushed the measure through to the governor's desk.

Raffensperger, the secretary of state, says education and voter outreach will help win over people who may not trust the new technology ahead of the 2020 election.

"We're going to be running and gunning to make this thing happen," he said.