Accessibility links
Trump Walks Back Threat To Close Border, Giving Mexico '1-Year Warning' President Trump is pushing Mexico to stem the flow of migrants and drugs into the United States. After a year, he said, he will consider tariffs on cars or a border shutdown. 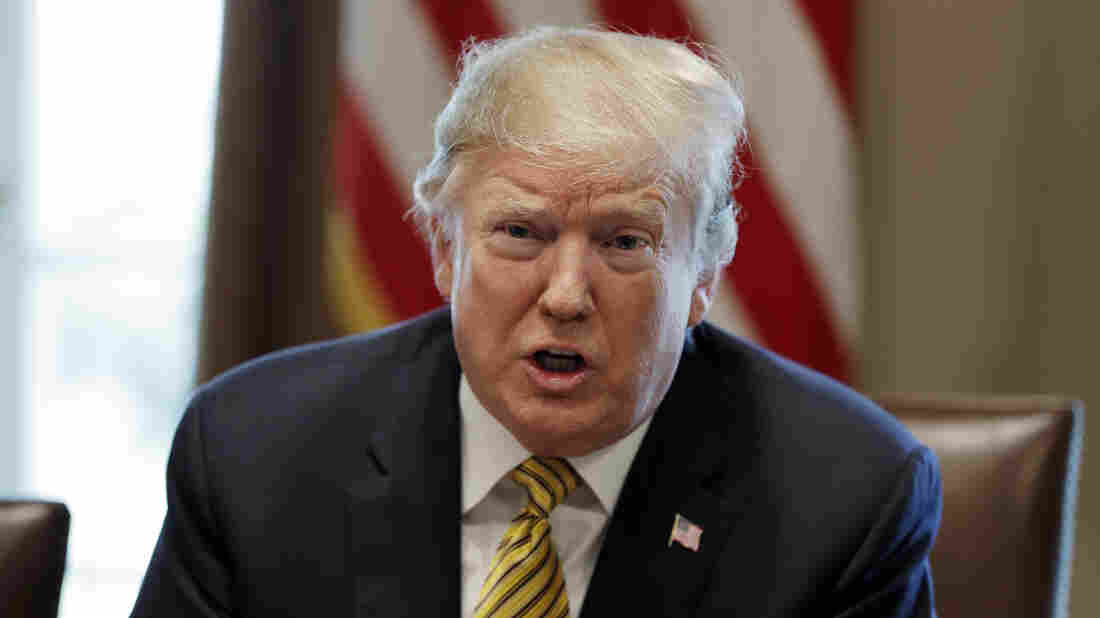 President Trump said Thursday that he was giving Mexico one year to stem the flow of migrants and drugs coming across the Southern border, or else the U.S. would impose auto tariffs or close the border. Evan Vucci/AP hide caption 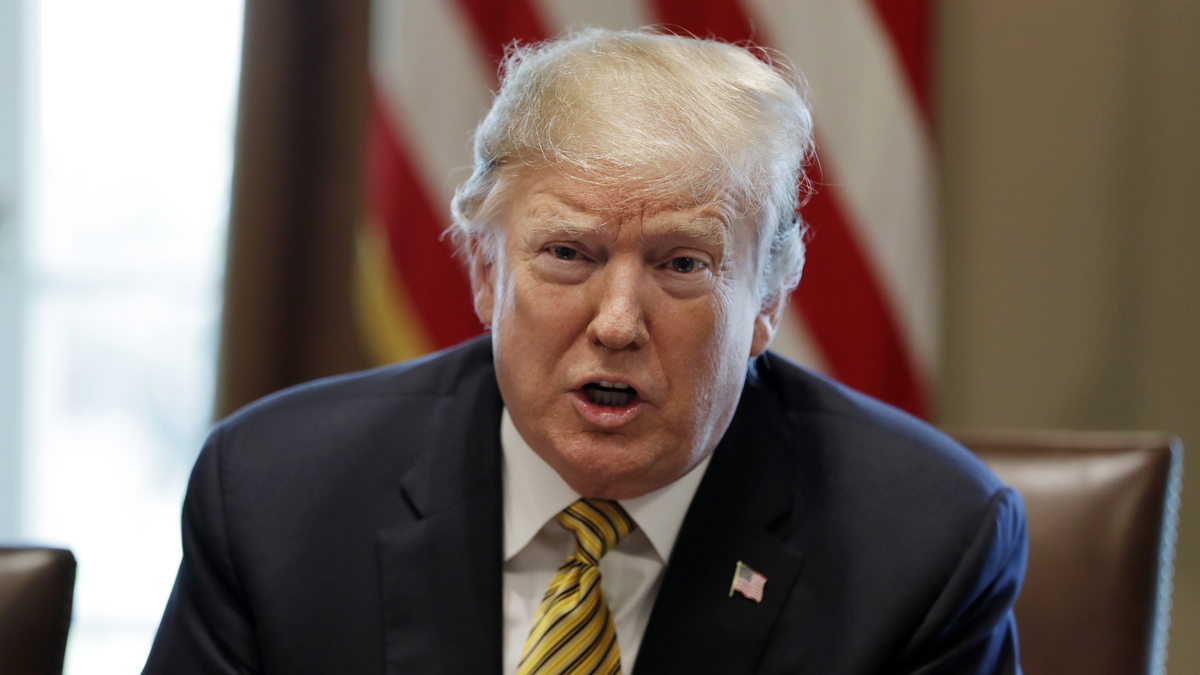 President Trump said Thursday that he was giving Mexico one year to stem the flow of migrants and drugs coming across the Southern border, or else the U.S. would impose auto tariffs or close the border.

President Trump is backing down from his threat to shut down the U.S. Southern border as soon as this week.

Trump had issued the warning in a bid to curtail surging border crossings by asylum-seekers from Central America. Instead, he is now giving Mexico "a one-year warning" to address his concerns about its handling of immigrants traveling through the country on the way to the United States. He also demanded that Mexico tamp down on the flow of drugs.

If the Mexican government doesn't respond in a manner acceptable to Trump within 12 months, he says, he will take action. "Mexico understands that we're going to close the border or I'm going to tariff the cars — one or the other," Trump said.

He said he would most likely start off with the auto tariffs, saying that would be a "very powerful incentive."

Trump's warning about shutting down the border had been met with intense resistance from Republicans and some business groups, who warned there would be severe economic consequences.

While Trump has walked back his plan to close the border, Democrats in the House of Representatives are moving against another immigration policy put forward by him. Speaker of the House Nancy Pelosi, D-Calif., has announced the House will sue to block Trump's decision to declare a national emergency to construct a wall on the Southern border.

Chronicles Of A Venezuelan Exodus: More Families Flee The Crisis On Foot Every Day

"The President's sham emergency declaration and unlawful transfers of funds have undermined our democracy, contravening the vote of the bipartisan Congress, the will of the American people and the letter of the Constitution," Pelosi said in a written statement.

The Trump administration has argued that the situation at the border is a crisis and that the president is acting within his legal authority.