Accessibility links
Where Do Our Sexual Preferences Come From, And How Flexible Are They? : Invisibilia A young woman discovers a pattern in her dating habits that disturbs her - a pattern that challenges her very conception of who she is and what she believes in. The realization sets her off on a quest to change her attractions. But is this even possible? And should we be hacking our desire to match our values? 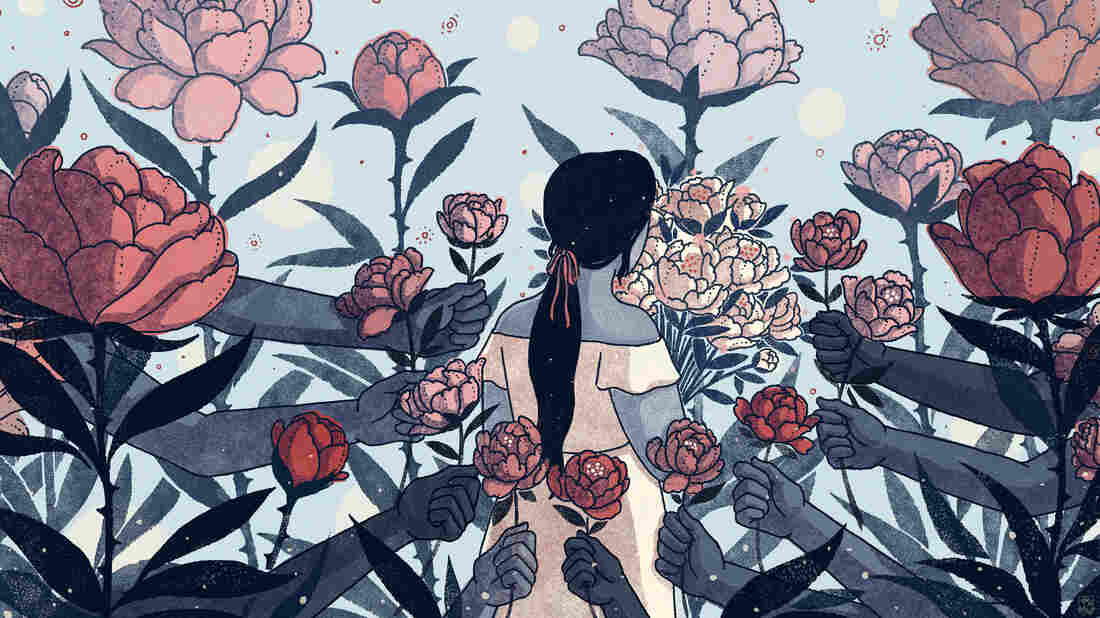 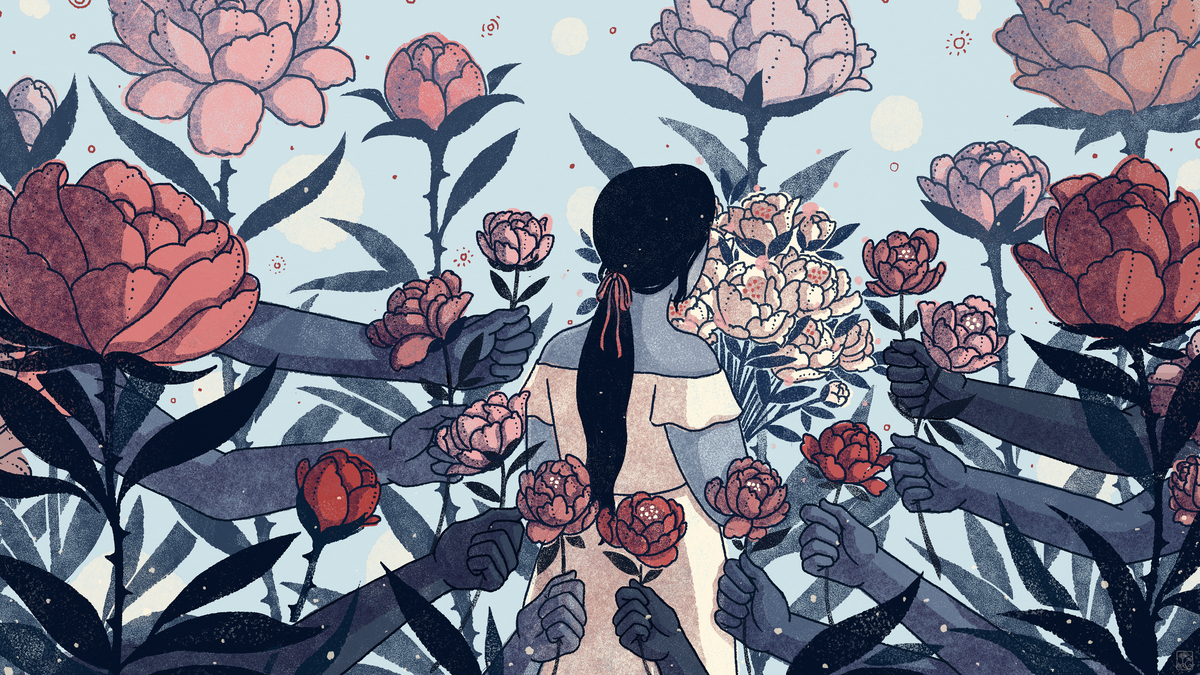 Hours after dropping this episode, we learned of allegations of misconduct against Professor Jim Pfaus that were published by the CBC just before our story aired. We have since done additional reporting on his work and have not encountered objections to the quality of his research. We have chosen to leave our published podcast unchanged, but we have used this opportunity to interview other researchers in the field of sexual preferences and decided to feature one of them in the subsequent broadcast excerpt that aired on Morning Edition.

Special thanks to the following musicians:

If you're looking for a deeper dive into the science of sexual preferences, racial preference hierarchies and their impact, or the history and politics of Asian-American sexuality, here are some of the academic resources we used to research this episode.

THE PRIMACY OF FIRST EXPERIENCES

This study from 2019 looks at the ability of male and female rats to form a conditioned preference for a discrete partner-based somatosensory cue like a rodent jacket, and that "stronger conditioning occurs when the jacket is explicitly paired with a sexual reward state."

This study from 2018 "demonstrates the pivotal role of first sexual experiences in the establishment of future sexual partner preference in the male rat, and suggest an innate preference for estrous odors over neutral odors that can become conditioned subsequently as predictors of sexual reward."

The role of orgasm in the development of partner preferences

This paper from 2016 looks at the "effect of orgasm on the development and shaping of partner preferences" and how it "may involve a catalysis of the neurochemical mechanisms of bonding."

Mate Selection in Cyberspace: The Intersection of Race, Gender, and Education

This 2013 study looks at "how race, education, and gender jointly shape interaction among heterosexual Internet daters." The authors' research finds "that racial homophily dominates mate-searching behavior for both men and women. A racial hierarchy emerges in the reciprocating process."

Is Love (Color) Blind? The Economy of Race among Gay and Straight Daters

This 2015 study investigates the differences in racial preferences between white gay and straight online daters--"the first to analyze the racial preferences of gays and lesbians in the mate selection process by directly observing online behavioral dynamics rather than stated preference." The authors note that "white lesbians and straight men show the weakest same-race preference, followed by gay men, while straight women show the strongest same-race preference. Our results indicate that white gay men's higher rates of interracial cohabitation are driven more by constrained dating markets, while lesbians' appear to be driven by more open racial preferences."

This 2018 article "uses the fiftieth anniversary of Loving v. Virginia to juxtapose the public legal posture of LGBT litigants with the private practices of racial discrimination in intimate relationships, or 'sexual racism.' The authors argue that "some white people's aversion to dating and forming relationships with people of color is a form of racism, and this sexual racism is inconsistent with the spirit of Loving."

In this paper, Russell Robinson "call[s] for a focus on the impact of structural conditions on preferences regarding intimacy." As he writes, "We tend to think our preferences are natural and fixed when, in fact, they may be more plastic and susceptible to structural influences than we imagine." He also warns "against uncritical celebrations of increasing interracial intimacy as a sign of reduced prejudice and social progress...[C]elebrations should be tempered by the awareness that race structures even our most intimate relationships. Although two people have crossed racial lines and may have even committed to spending their lives together, we cannot easily conclude that they have transcended race.

This dissertation took place between 2010 and 2012 as "a three-stage research project aimed at exploring race and racism as a feature in the sexual and romantic lives of gay and bisexual men in Australia." The author writes, "Across stages, it was clear that race is a salient but often unrecognised aspect of people's romantic and sexual interactions, a subtle prejudice that is enacted and felt even if it cannot be readily identified. Although many men were ambivalent towards racialised partner discrimination, I found many striking similarities between discriminating among partners on the basis of race and other more general expressions of racism. Indeed, some men were highly suspicious of anything that might impede an individual's 'sexual freedom', although arguments of individual liberty fail to recognise that sexual racism is the antithesis of individual thought and freedom."

From the Stanford University Press description of the book: "In the first major interdisciplinary study of Asian-white miscegenation from the late nineteenth to the end of the twentieth century, Koshy traces the shifting gender and racial hierarchies produced by anti-miscegenation laws, and their role in shaping cultural norms. Not only did these laws foster the reproduction of the United States as a white nation, they were paralleled by extraterritorial privileges that facilitated the sexual access of white American men to Asian women overseas. Miscegenation laws thus turned sex acts into race acts and engendered new meanings for both."

From the Rowman & Littlefield book description: "Drawing on established scholarship on the intersection of race, gender, and sexuality, Asian American Sexual Politics shows how power dynamics shape the lives of young Asian Americans today. Asian-American women are often constructed as hyper-sexual docile bodies, while Asian-American men are often racially 'castrated.' The book's interview excerpts show the range of frames through which Asian Americans approach the world, as well as the counter-frames they construct. In the final chapter, author Rosalind S. Chou offers strategies for countering racialized and sexualized oppression."

From the Rowan and Littlefield book description: "Asian American Men and Women documents how the historical and contemporary oppression of Asians in the United States has (re)structured the balance of power between Asian American women and men and shaped their struggles to create and maintain social institutions and systems of meaning. Espiritu emphasizes how race, gender, and class, as categories of difference, do not parallel but instead intersect and confirm one other."

From the Rutgers University Press book details page: "Racing Romance reveals how allegedly progressive interracial relationships remain firmly shaped by the logic of patriarchy and gender inherent to the ideal of marriage, family, and nation in America, even as this ideal is juxtaposed with discourses of multiculturalism and color blindness." (https://www.rutgersuniversitypress.org/racing-romance/9780813545332)