Accessibility links
Asteroid Blasted By Explosives From Japanese Spacecraft The device was detonated as part of a mission to better understand the origins of planets. 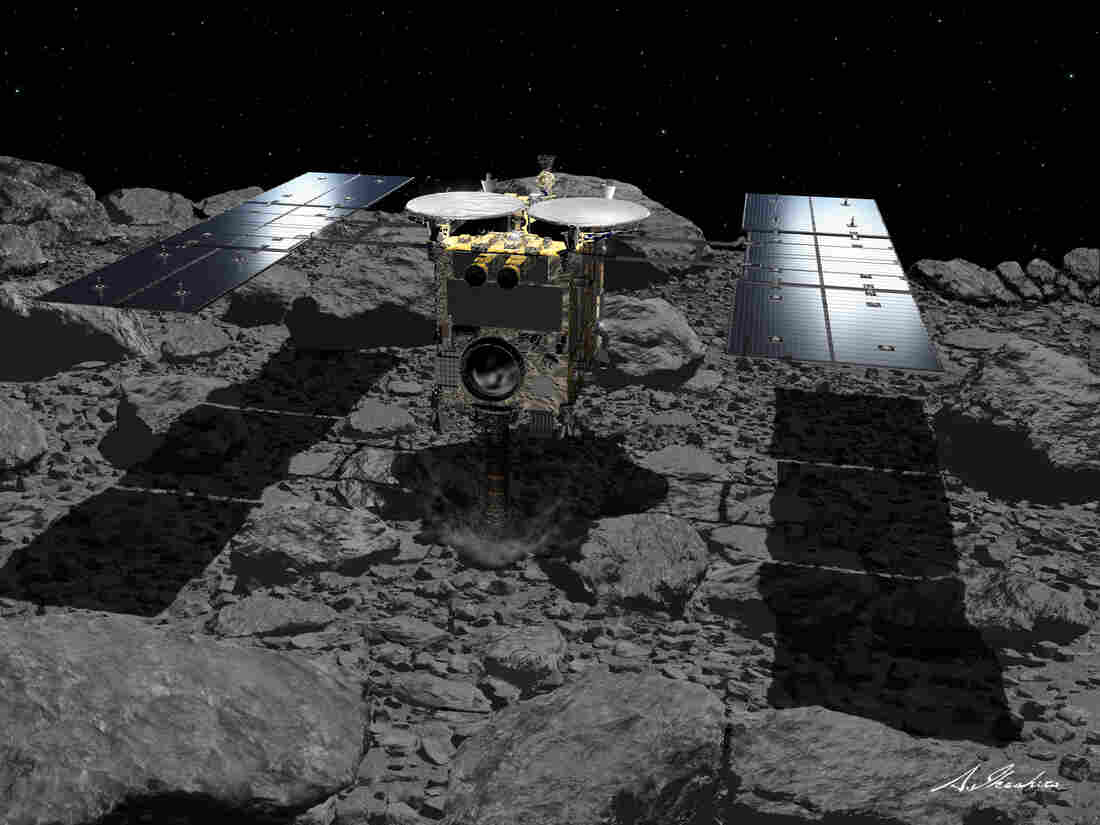 Japan's Hayabusa2, seen in this illustration, has been probing the asteroid Ryugu since 2018. The spacecraft is collecting samples that will be returned to Earth. JAXA/Akihiro Ikeshita hide caption 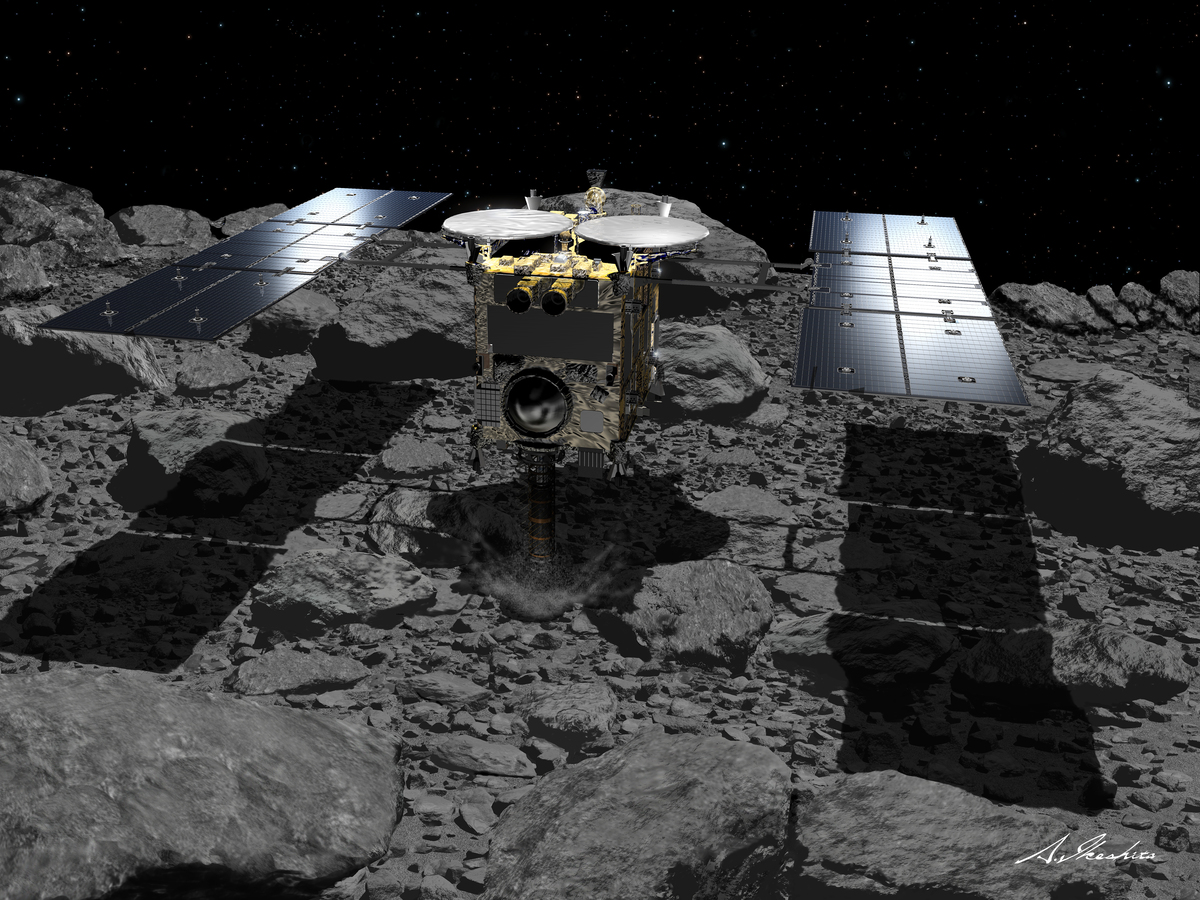 Japan's Hayabusa2, seen in this illustration, has been probing the asteroid Ryugu since 2018. The spacecraft is collecting samples that will be returned to Earth.

Early Friday morning, Japan's Hayabusa2 spacecraft detonated an explosive device over a small asteroid. The goal was to create a fresh crater that will later be studied by the spacecraft.

Researchers watched from mission control in Sagamihara, Japan, and clapped politely as Hayabusa2 released an experiment known as the Small Carry-on Impactor. The device consisted of a copper disk packed with HMX high-explosive. Once the mothership had safely moved out of the line of fire, the impactor apparently detonated, firing the disk into the side of the asteroid. A camera released by Hayabusa2 appeared to catch the moment of impact, which sent a stream of ejecta into space.

"It went flawlessly," says Harold C. Connolly Jr., a geologist at Rowan University in New Jersey and a co-investigator on Hayabusa2.

[SCI] The deployable camera, DCAM3, successfully photographed the ejector from when the SCI collided with Ryugu’s surface. This is the world’s first collision experiment with an asteroid! In the future, we will examine the crater formed and how the ejector dispersed. pic.twitter.com/eLm6ztM4VX

The asteroid is a barren piece of rock known as Ryugu, which measures less than a mile across and orbits between the Earth and Mars. Researchers believe Ryugu may be similar to the early space rocks that merged to make planets, including Earth.

"These particular asteroids are the precursors to what Earth was made from," Connolly says. Ryugu is rich in carbon, and minerals on its surface contain water and so-called prebiotic compounds that could have started life on this planet.

The impactor contained high explosives used to fire it into the side of the asteroid. This video shows tests here on earth.

This is not Hayabusa2's first attack. In February, the spacecraft physically touched down on Ryugu and fired a small pellet into its surface. The dust kicked up by that opening shot was collected and eventually will provide researchers with detailed information about the asteroid's makeup.

But to really understand Ryugu, researchers also want to know what's down there, and that's why they created Friday's crater. In a few weeks, after the dust has settled, the little spacecraft will survey the blast site to see what lies beneath. It may even land a second time to collect subsurface samples.

The spacecraft is scheduled to leave Ryugu later this year, carrying its samples back to scientists here on Earth. On the return, it will eject a pod containing dust from Ryugu that is expected to land in Australia's Outback.