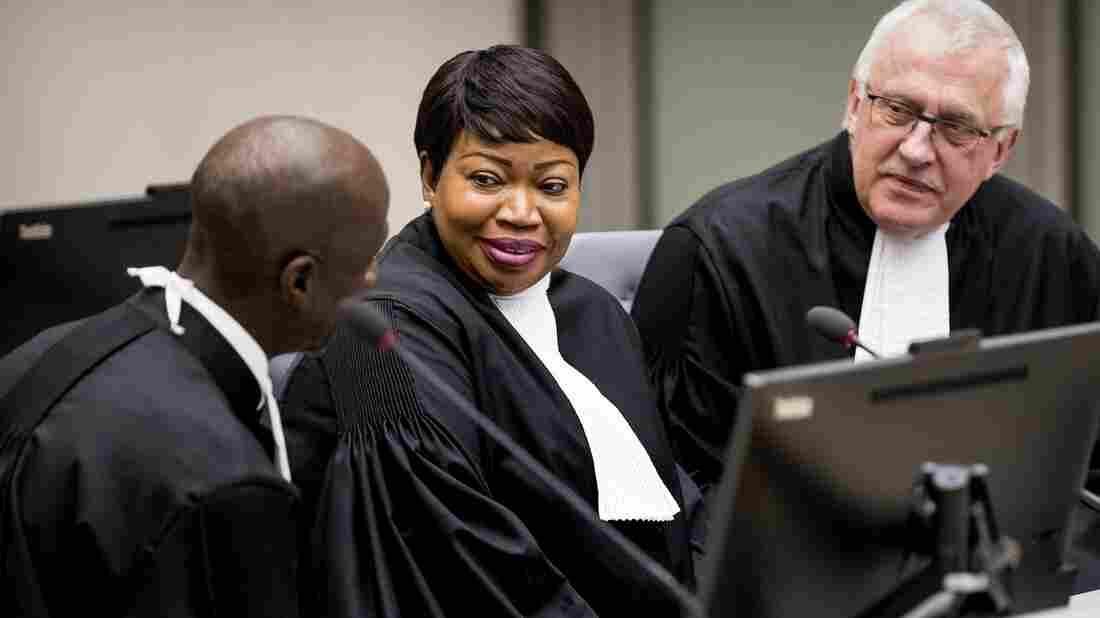 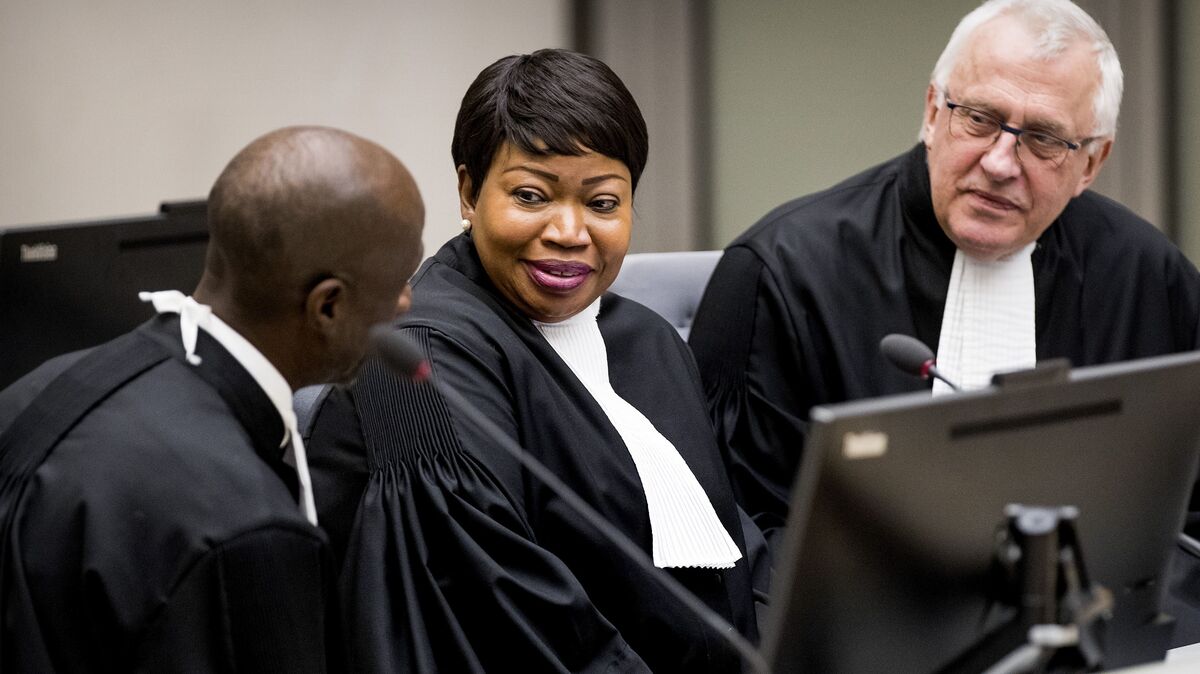 The office of International Criminal Court prosecutor Fatou Bensouda (center) says her visa for U.S. travel has been stripped. The State Department confirmed the move Friday.

The U.S. has revoked the visa of the International Criminal Court's chief prosecutor, weeks after warning it would take such an action against anyone from the ICC who is investigating allegations that U.S. personnel might have committed war crimes in Afghanistan.

Prosecutor Fatou Bensouda's office confirmed the revocation and, citing the ICC's international mandate, said the prosecutor and her office will continue to pursue their duty "with utmost commitment and professionalism, without fear or favor."

Bensouda has asked the Hague-based court to open a full investigation into alleged war crimes in Afghanistan, including any that might have been committed by Americans and Afghan government forces.

The U.S. is not a party to the treaty that created the international court. Instead of joining the organization when it was founded, the U.S. adopted the American Service-Members' Protection Act, which broadly prohibits the U.S. from facilitating any ICC investigation of U.S. or allied service personnel — and which blocks ICC staff from conducting such work inside the U.S.

While the U.S. claims its citizens and military personnel are outside of the ICC's jurisdiction, the court says Afghanistan is within its purview because the country ratified the Rome Statute, which established the court, in early 2003.

"The ICC therefore has jurisdiction over Rome Statute crimes committed on the territory of Afghanistan or by its nationals from 1 May 2003 onwards," the court said in its summary of a preliminary examination in 2013.

A State Department official confirmed that Bensouda's visa was revoked Friday but provided few other details, citing confidentiality rules around visa records. Instead, the official reiterated that the U.S. will protect its personnel from "unjust investigation and prosecution."

Last month, Secretary of State Mike Pompeo — who had previously criticized the ICC and other international organizations — announced the U.S. would deny visas to ICC staff who are found to be directly involved in any investigation into U.S. or allied personnel.

On Friday, the State Department official clarified that Bensouda and other ICC officials whose visas are revoked would still be able to travel to the U.S. — but only to visit the U.N.

"The prosecutor will have to travel to New York," Teri Schultz reports for NPR, "as she gives regular briefings to the U.N. Security Council, including on investigations which the U.S., as a permanent member of the council, has requested. There's a special diplomatic visa available for such occasions, for which she'll now have to apply."

When the ICC prosecutor's office asked the court's pretrial chamber to authorize an investigation in late 2017, it noted the prolonged and violent conflicts that have played out in Afghanistan, with the Taliban and its allies clashing with pro-government forces — and civilians often caught in the middle.

The 2017 report cited allegations of war crimes committed by the Taliban and its affiliates. It also said there was "a reasonable basis to believe that members of the United States of America ('US') armed forces and members of the Central Intelligence Agency ('CIA') committed acts of torture, cruel treatment, outrages upon personal dignity, rape and sexual violence against conflict-related detainees in Afghanistan and other locations, principally in the 2003-2004 period."

In that report, the prosecutor's office said it was spurred to investigate because it seems that the U.S. is not mounting "national investigations or prosecutions," despite what it called "unprecedented details of the interrogations."

When the U.S. Congress approved the American Service-Members Protection Act in 2002, it set the legal framework for denying support to the ICC's investigations. The law's language — which authorizes the president to use "all means necessary" to free any American held by the tribunal — also prompted its critics to name it The Hague Invasion Act.