Accessibility links
Report Finds More Than 47,000 'Structurally Deficient' Bridges In The U.S. A new report from the American Road and Transportation Builders Association estimates it will take more than 80 years to fix all of the nation's deficient bridges. 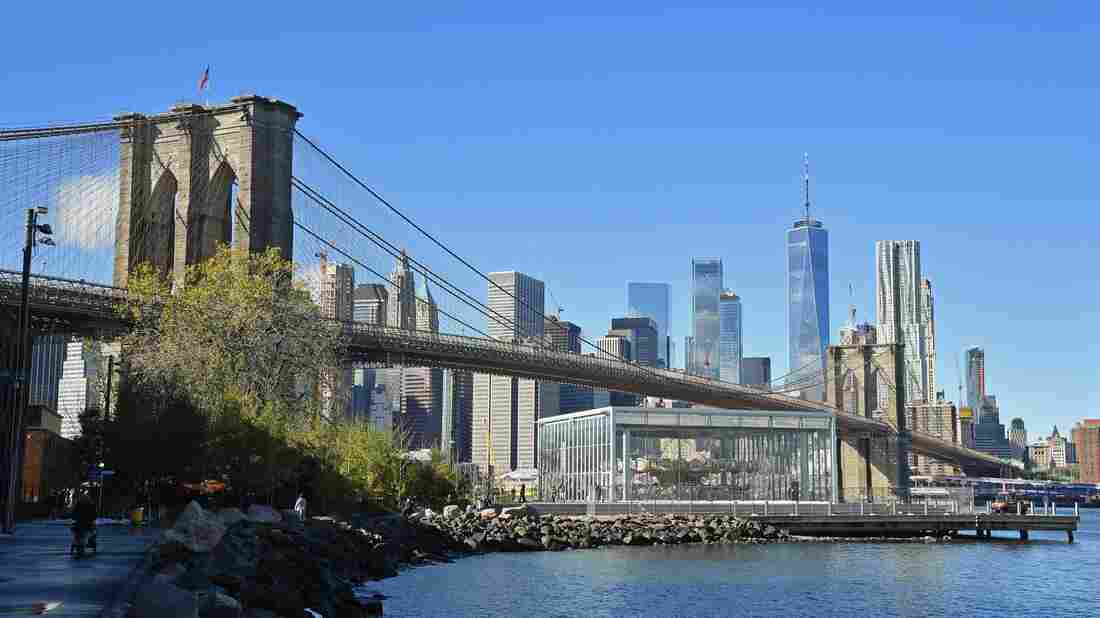 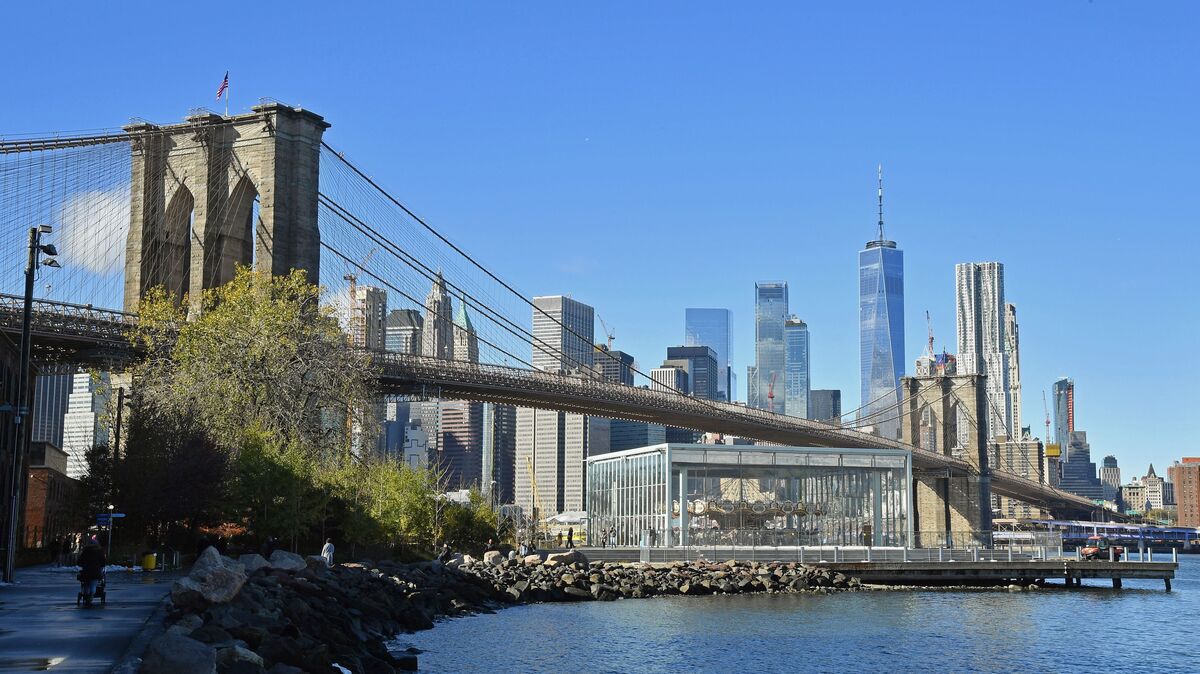 New York's Brooklyn Bridge is one of more than 47,000 bridges identified as "structurally deficient," according to the annual report from the American Road and Transportation Builders Association.

The collapse of a bridge earlier this week in Tennessee is raising new alarms about the delicate state of infrastructure across the U.S.

Tennessee Department of Transportation engineers say that a concrete overpass spanning an interstate highway in Chattanooga fell when a truck carrying an oversize load hit the bottom of the bridge and sliced through steel beams underneath. One person driving underneath the bridge was injured, police say.

The accident is renewing concerns about the deterioration of bridges across the country. According to a new report from the American Road and Transportation Builders Association, more than 47,000 bridges in the U.S. are in poor condition and in need of urgent repairs. The organization, which analyzes data from the Federal Highway Administration and releases an annual report on bridges, estimates it will take more than 80 years to fix all of the nation's deficient bridges.

"Structurally deficient" doesn't mean the bridges are about to collapse, says Alison Black, chief economist for ARTBA. It just means the bridges are in need of renovation but are not unsafe for crossing, she tells Here & Now's Peter O'Dowd.

The number of structurally deficient bridges is actually down by about 7,000 from 2017, but those bridges weren't fixed. The number fell because the Federal Highway Administration weakened the standards of what it means for a bridge to be deficient, the report explains.

"What we saw in Tennessee this week was an extreme case, but these are bridges which again are in poor condition, and they do need to be fixed," Black says. "And in addition to those bridges that are structurally deficient, about 4 out of 10 bridges across the country need some sort of major rehabilitation work. So unfortunately, it's not just these 47,000 structures that need to be fixed."

The report notes that these deficient bridges are crossed some 178 million times a day. Some of the most notable bridges deemed deficient in the report include New York's Brooklyn Bridge, which opened in 1883; Memorial Bridge connecting Washington, D.C. to Arlington, Va., across the Potomac River; the San Mateo-Hayward Bridge, which spans California's San Francisco Bay; and Florida's Pensacola Bay Bridge, which is known among locals as the Three-Mile Bridge.

The idea that bridges in the U.S. are crumbling isn't a new discovery. What's significant about this report is that repairs in 2018 were at their slowest pace in five years. A lack of federal funding is contributing to the downturn, Black says. State initiatives to raise gas taxes are helping, but it's not enough.

"There's not a lot of new money. It really is just keeping pace with project costs and inflation," Black says. "I think if we saw a significant increase in the federal funding side of this that would really go a long way to help states that are trying to provide some of these repairs and fix these bridges."

President Trump has repeatedly vowed that he will fix the nation's infrastructure, and he unveiled a $1 trillion proposal last year. There are now discussions between congressional leaders and the administration on a possible bipartisan infrastructure bill.

Last week, Minnesota Sen. Amy Klobuchar, who is running for the Democratic presidential nomination, announced her own infrastructure plan — similar to Trump's in its price tag — which would raise the corporate tax rate to help states pay for repairs to bridges, roads and highways.

While bridge collapses are rare, Black says states will be forced to place new restrictions and even close some bridges if the current pace of repairs continues. That happened just last week in Mississippi, when the state Department of Transportation identified 34 bridges that need to be closed. But, Black notes, there is an economic cost when bridge closures divert freight shipping.

"Public safety is absolutely the No. 1 concern of state [departments of transportation] and local governments, and what you're seeing in Mississippi is taking that responsibility to close those structures that are unsafe," Black says. "The other steps that we see, which might be very common, is if you're driving over a bridge and you see that there are weight restrictions, but there's also a cost to that."