Accessibility links
Ann Beattie, Voice Of The Boomers, Turns Her Focus To Millennials "I never really think that I'm defining a generation," Beattie says. "What I am doing is talking about individual psychology." Her latest novel is called A Wonderful Stroke of Luck. 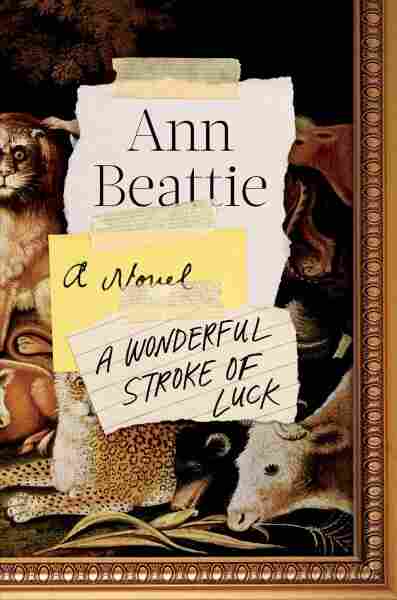 A Wonderful Stroke of Luck

Ann Beattie has been hailed as the voice of her generation, but she's never taken that distinction too seriously. Beattie's short stories began appearing in The New Yorker in the 1970s. In her latest book, A Wonderful Stroke of Luck, the voice of the boomer generation focuses on a new generation — the Millennials.

Beattie has published more than 20 books over the course of her career, both novels and short story collections. She says short stories come more easily to her. Novels, she admits, are "endlessly fascinating," but more of a struggle.

Beattie says getting started is always hard, so she tries to jump off from an image. The image that inspired A Wonderful Stroke of Luck was a boarding school.

It's completely fictional — "I went to public high school in Washington, D.C., what do I know?" says Beattie — but she does readings at boarding schools, and has found them "extremely beautiful" but "incredibly mysterious."

Beattie's Bailey Academy caters to smart, rich kids with troubled backgrounds. One group within the school, the honor society, falls under the spell of a charismatic and elusive young teacher, Pierre LaVerdere.

Eventually we learn that LaVerdere insinuated himself into his students' lives in some damaging ways. This is revealed as Beattie follows Ben, one of those students, into young adulthood. Ben meanders aimlessly through life, working at jobs he doesn't care about, falling into relationships that are going nowhere. He leaves New York City and moves upstate to the Hudson Valley. It's the kind of place, Beattie writes, that Millennials flocked to in the decades after the Sept. 11 attacks.

There's No 'Stroke Of Luck' For These Miserable Millenials

"Once you know something of that magnitude, you can never not know it," Beattie says. "I think it's always there as a kind of refrain, or as a kind of conscious or subconscious awareness."

But just as she rejected the idea that she was ever the voice of her own generation, Beattie insists that she did not set out to make sweeping observations about Millennials. "I never really think that I'm defining a generation," she says. "I at least want to think that what I am doing is talking about individual psychology."

Beattie leaves a lot unsaid in her novel. She believes dialogue can be misleading and unrealistic. Her favorite punctuation mark, especially when writing short stories, is the asterisk. It allows her to leap forward without filling in too many details. It's better if the reader fills in the blanks, she says.

Beattie says she doesn't necessarily know at the outset whether she's writing a short story or a novel. She doesn't have an outline, and she never knows how it will end.

At the moment, she is working on something that might be a short novel ... but she's not sure yet. All she can say for certain is: She has written up to the point where there's an asterisk.