Accessibility links
Here's What To Know About Israel's Upcoming Elections Israelis go to the polls this Tuesday, April 9. A win by Netanyahu could make him the country's longest-serving prime minister — and take Israel further to the right. 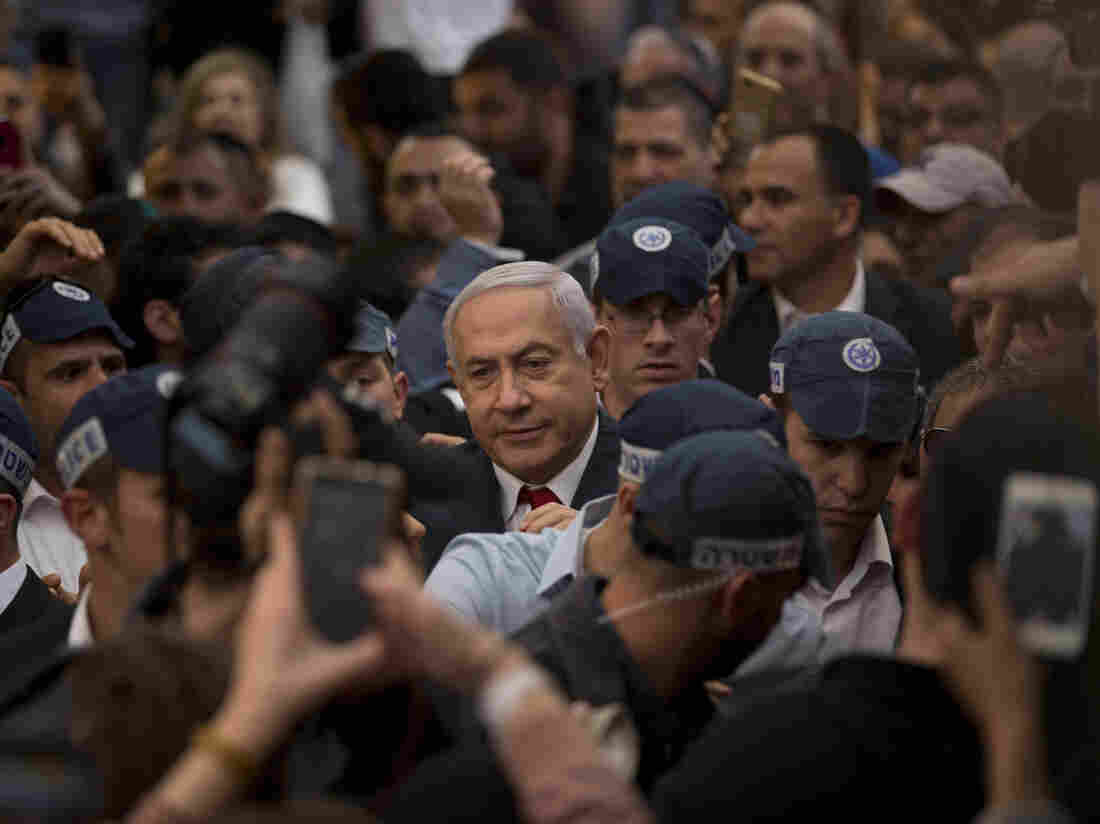 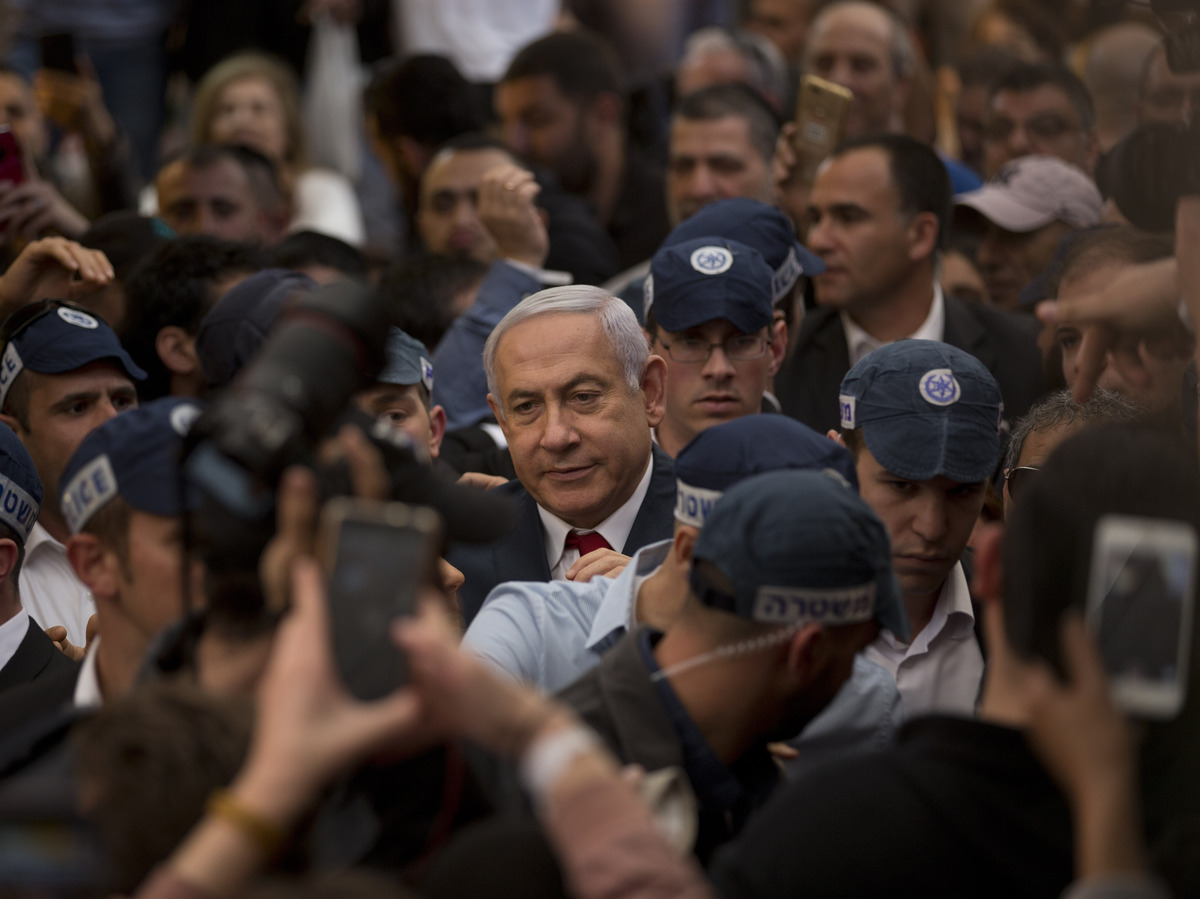 Israeli Prime Minister Benjamin Netanyahu, center, is escorted by security guards during a visit to the Hatikva market in Tel Aviv on Tuesday.

Israel will hold parliamentary elections Tuesday that are largely a referendum on the leadership of Prime Minister Benjamin Netanyahu.

The country has seen a decade under Netanyahu. It's been a time of dramatic economic growth, sporadic conflict with neighbors and the formation of what is probably the most solidly right-wing coalition in Israel's history.

Netanyahu, who has an edge in most polls, has allied closely with President Trump and attracted increased criticism from left-wing Americans and even pro-Israel organizations.

He was prime minister for three years in the 1990s, was elected again in 2009 and won re-election twice. With another victory now, he could — this summer — pass David Ben-Gurion as the longest-serving Israeli premier.

Netanyahu's main challenger is retired Gen. Benny Gantz. New to politics, he has positioned himself as a centrist alternative to Netanyahu. He heads a new party cobbled together with former senior officers ranging from the center to the right. If he wins enough seats to form a government, it's conceivable that he could form a ruling coalition with the center-left Labor Party as well as with right-wing parties.

The country's 6.3 million registered voters are choosing the 120 lawmakers in the parliament, or Knesset. There are about a dozen main candidate lists to choose from, made of single parties or groups of parties. There are some 30 other lists, too. So the new government will be chosen as parties form coalitions and make deals with each other. 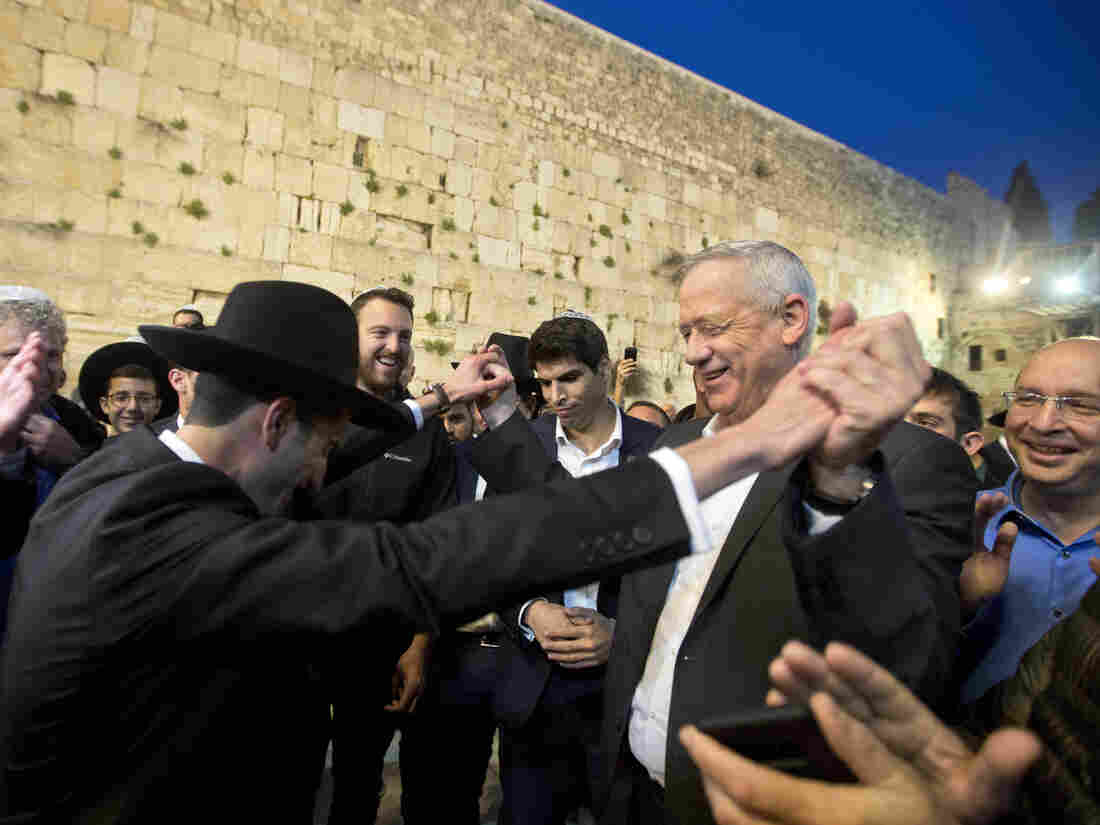 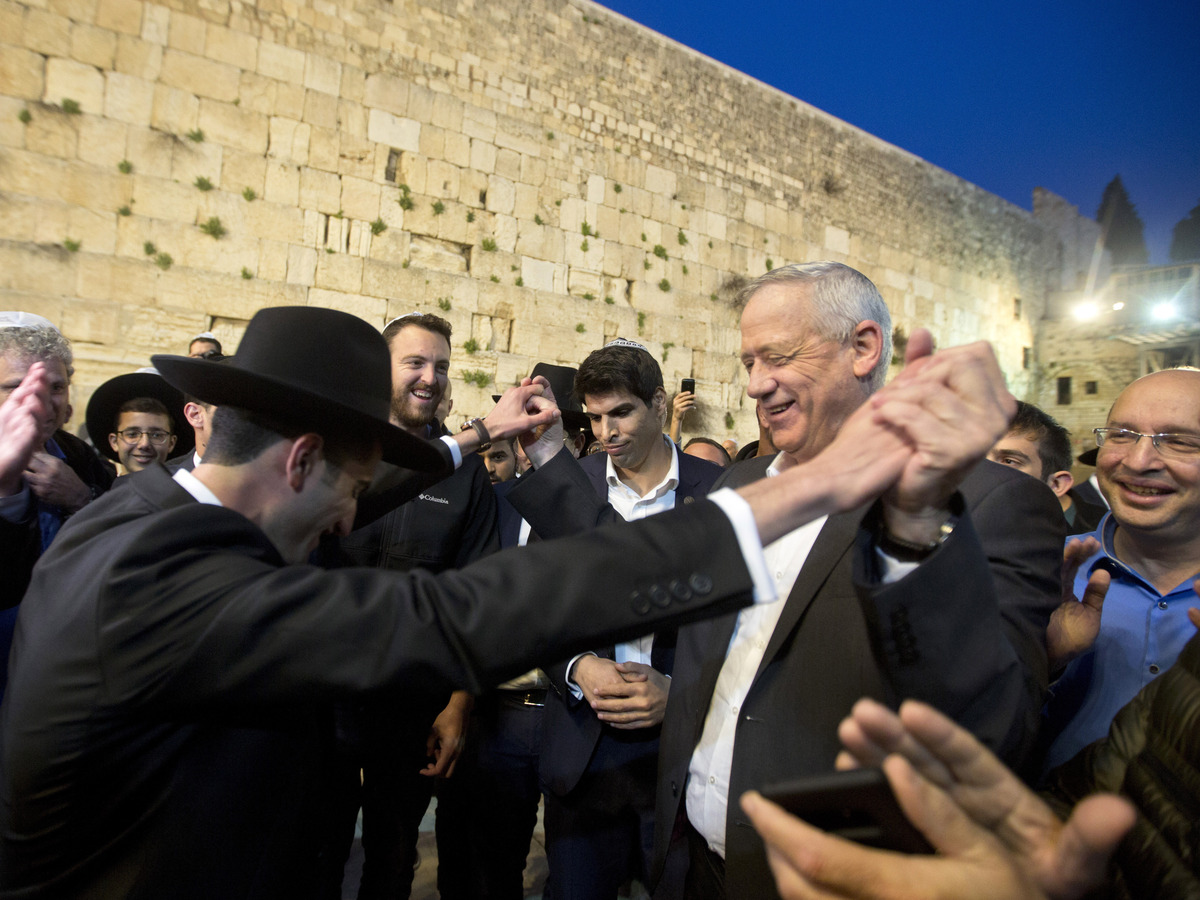 Israel's president sets that process in motion by choosing a candidate with the best chance of gathering the 61 seats for a majority — generally the leader from the party with the most votes.

A wide array of parties

Netanyahu's right-wing Likud Party currently holds the biggest bloc in parliament, with 30 seats. Second is the center-left Labor Party — now in the opposition — with 18. That leaves a lot of other seats held by smaller parties.

Netanyahu's main challenger, Gantz, leads the Blue and White alliance, including a collection of military figures and an existing centrist party that now has 11 seats in the parliament.

Netanyahu's current coalition comprises his Likud and mostly Jewish religious parties that take a hard line on relations with the Palestinians.

One party making an unexpected splash with young voters is called Zehut (Identity), whose leader favors legalizing marijuana and — in what would be an extreme-right position — annexation of the occupied West Bank, land populated mostly by Palestinians that Israel captured in 1967.

There's one main left-wing party, Meretz (Vigor), which has lost ground over the years and now holds five seats in the parliament.

There are two lists from Palestinian Arab citizens of Israel, which hold 13 parliamentary seats. They seek to provide representation for their 20 percent of the country's population but rarely join any government coalition — meaning they don't usually factor in deciding who becomes prime minister.

Israeli politics traditionally revolves around security, economics and the role of religion in government. But this campaign has hinged largely on Netanyahu himself.

There's some Netanyahu fatigue after 10 years of his combative style and an accumulation of scandals around him. In February, the country's attorney general said he was preparing indictments against Netanyahu over cases concerning gifts he's accepted and favors he's allegedly done for media moguls to win positive coverage.

Netanyahu's pitch in the campaign is that Israel has never been in better shape. "We have brought an unprecedented diplomatic flowering," a Likud party ad states.

The economy has grown steeply over the last decade, with unemployment down and incomes way up. The government has increased trade around the region and the world. And though there has been conflict with neighbors — a 2014 war with Hamas in Gaza that the United Nations said left more than 2,100 Palestinians dead, rocket attacks from Gaza and Lebanon — the toll for Israelis has been relatively low and the impact on daily life has been minimal.

But Netanyahu's critics worry about the health of the country's democracy. They note passage of a law declaring Israel as the "nation state of the Jewish people," which could undermine the standing of the country's 1.6 million Palestinian Arab citizens. Netanyahu says everyone has equal rights but recently also said, "Israel is the nation state not of all of its citizens, but only of the Jewish people."

He has highlighted his close relationship with Trump, which has led to Washington backing Israeli claims to sovereignty in the Golan Heights and Jerusalem (where the U.S. opened its embassy last year). He has also met with other nationalist leaders in the run-up to the vote, from Brazil's Jair Bolsanaro to Russia's Vladimir Putin.

Benny Gantz served as chief of staff of the Israeli military — the country's highest-ranking officer — and retired in 2015. He has little political record but has cast himself as the clean alternative to Netanyahu's embattled administration. "There's no more left and right. Israel before all," says his campaign.

His campaign promises new laws barring people who have been convicted of crimes from holding office and he favors term limits for prime ministers. Gantz's critics have accused him of using his connections to get government contracts for a private company he headed after leaving the military. Netanyahu's campaign questions his mental fitness.

Meanwhile, Gantz casts himself as someone ready to use overwhelming force against Israel's enemies. An early campaign ad touted his leadership of Israel's war against Hamas in 2014 and showed video of airstrikes.

Gantz has also promised to make peace but speaks without much specificity about a "separation" from the Palestinians. He says he'll also reduce religious influence over Israeli law.