Accessibility links
El Paso, Texas, Struggles To Deal With Border Tension President Trump has since backed off his threat, but as border officials scramble to deal with an unprecedented flow of migrants, there are disruptions at the border and increasingly long wait times. 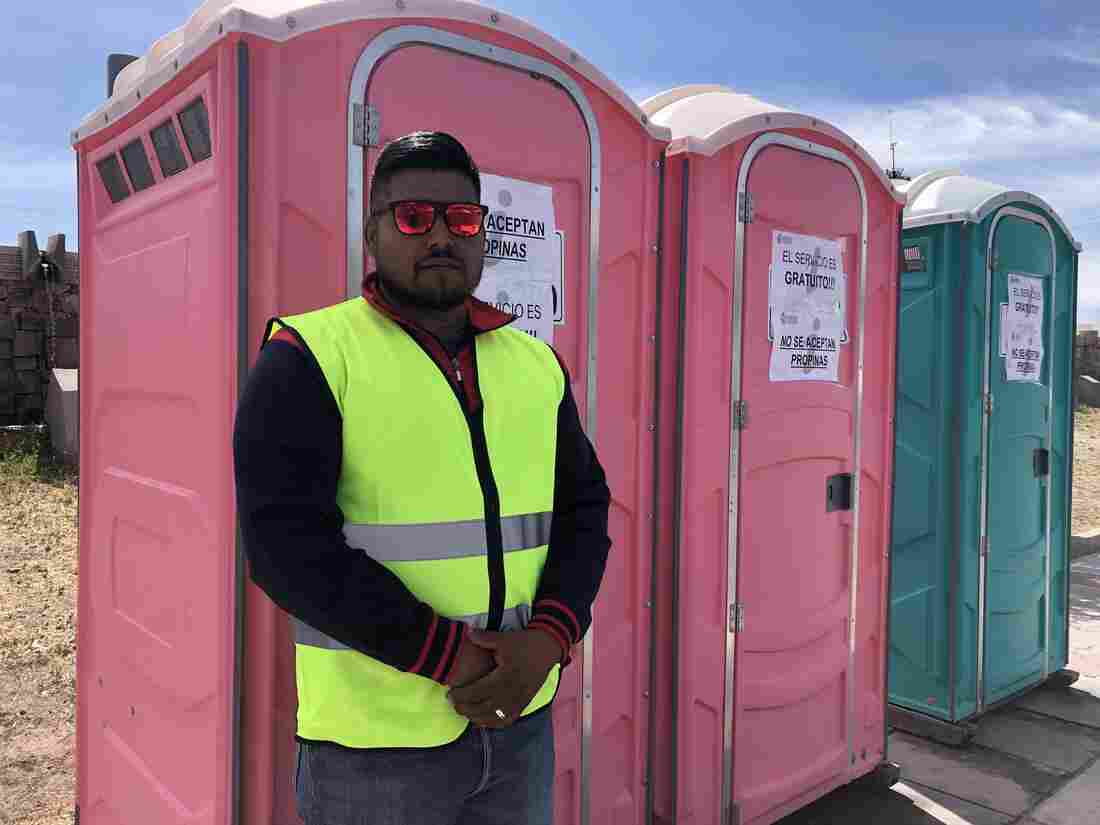 Victor Santana mans a row of port-a-potties near the Bridge of the Americas separating Juárez from El Paso. Disruptions at the border have caused long wait times at the border. Ciudad Juárez is offering free bathrooms for travelers stuck in those long lines. Mallory Falk/KRWG hide caption 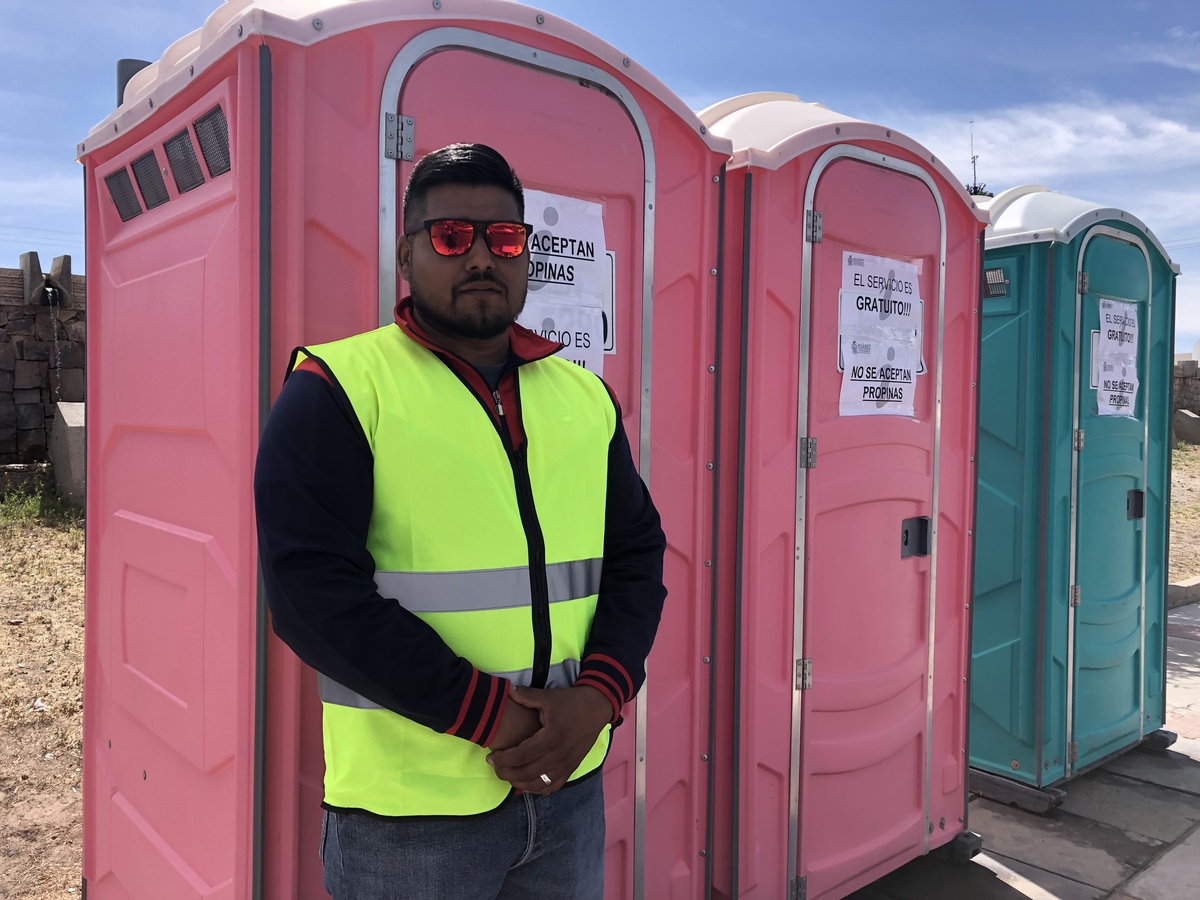 Victor Santana mans a row of port-a-potties near the Bridge of the Americas separating Juárez from El Paso. Disruptions at the border have caused long wait times at the border. Ciudad Juárez is offering free bathrooms for travelers stuck in those long lines.

President Trump has backed off his threats to shut down the U.S.-Mexico border. But uncertainty and disruptions along the border have created anxiety for many residents.

Hundreds of Customs and Border Protection officials have been reassigned from their usual posts at ports of entry, to help with the migrant families crossing the border in growing numbers. That's led to longer and more unpredictable wait times at the international bridges, and mounting stress for everyone from business owners to university students.

At the University of Texas at El Paso, or UTEP, nearly a thousand students live in El Paso's city sister, Juárez, and commute across the border to school. Lately, that hasn't been easy.

"Before all of the chaos happened with the border it took me around 20 minutes to an hour, depending on the day and the hour," says Carlos Medina, a psychology major. "But now it takes me from three to five hours."

Medina sits in a coffee shop on campus, studying with friend and fellow border crosser Alejandra Salcido. She says the increased wait times and constant uncertainty are incredibly stressful. She even has a plan for what to do if the border gets shut down.

Salcido tears up at the prospect of spending time away from her 4-year-old.

The university is taking steps to support students and staff who live in Juárez, by offering temporary housing on campus and virtual counseling services. A newly launched website includes resources for border crossers and updates on the ports of entry.

"You know, a lot of this is the fear of the unknown," McCorry-Andalis says. "We just don't know what's gonna happen. So it's really making sure we have a plan regardless of what happens and make sure they're successful."

The impact extends far beyond the university. Nearly $1 billion in trade crosses the U.S.-Mexico border every day, much of it through El Paso.

Jon Barela is CEO of the Borderplex Alliance, an economic development nonprofit serving Juárez, El Paso and Las Cruces, N.M. "Shutting the bridges, closing the ports, all of those, even threats of doing so would have an absolutely devastating impact and would immediately cost the American economy tens of millions of dollars," he says.

Barela says the borderplex region depends on cross-border trade. Between 15 and 30 percent of retail trade alone comes from Mexican nationals, who cross the border to shop or eat. But the rest of the country relies on that trade, too.

"We're seeing reports of cargo trucks that are carrying goods that are very important to our manufacturing supply chain in the U.S. experiencing wait times of 12 hours and more," Barela says. "And that cannot continue for much longer before you start seeing some very negative economic impacts in the United States."

On a recent morning, lines of commercial and passenger vehicles stretched far into the distance on the Mexican side of the international Bridge of the Americas. The lines have become so long, the mayor of Juárez set up port-a-potties.

Victor Santana mans a foldout table with hand sanitizer and a large ream of toilet paper. "We're providing free bathroom services," he says, "because the wait time in line goes past four hours."

Juan Manuel Chavez sat in his stalled cargo truck as breeze rushed in through an open window. He said he'd been in line for more than six hours, since 4:30 that morning. The wait was even longer the day before, he said. He wanted to make two delivery trips across the border, but that just wasn't possible. And that, he says, has an economic impact.