Accessibility links
U.N. Urges An End To Fighting In Libya As Opposition Army Heads Toward Tripoli Both the Libyan National Army, led by strongman Khalifa Haftar, and the U.N.-backed government in Tripoli are supported by various militias. Many are worried about a major military showdown.

U.N. Urges An End To Fighting In Libya As Opposition Army Heads Toward Tripoli

U.N. Urges An End To Fighting In Libya As Opposition Army Heads Toward Tripoli 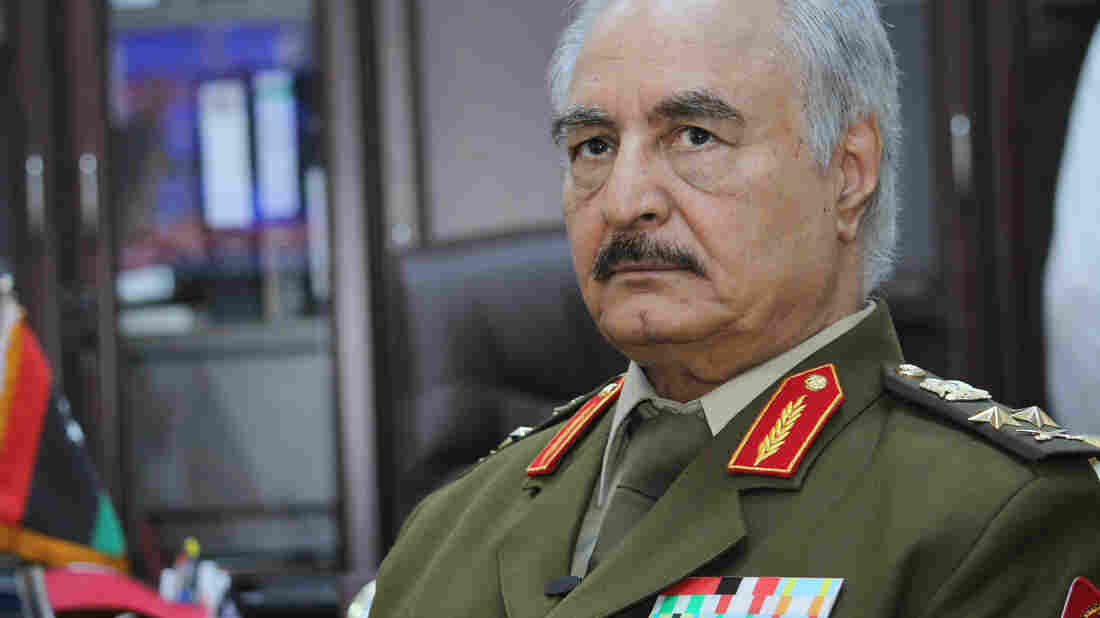 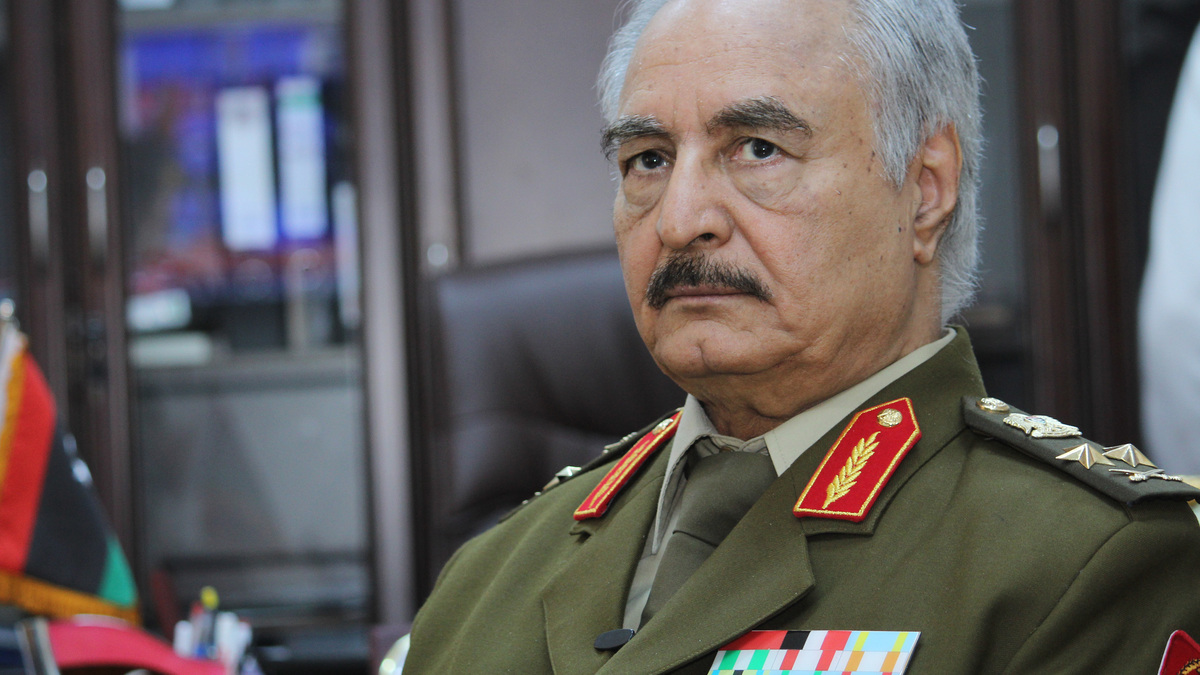 Gen. Khalifa Haftar is Libya's former top army chief. He now leads the Libyan National Army, which is advancing toward the U.N.-backed government in Tripoli.

International concern is mounting over the situation in Libya. The Libyan National Army, led by Khalifa Haftar, says it has now advanced into the southern outskirts of the capital Tripoli, where the U.N.-backed government is located.

On Sunday, officials said 11 people had been killed and 23 wounded in fighting in southern Tripoli, Reuters reported.

G7 foreign ministers have urged an end to the fighting. "We urge all involved parties to immediately halt all military activity and movements toward Tripoli," the body, which is composed of the foreign ministers of Canada, France, Germany, Italy, Japan, the U.K. and the U.S. wrote in a statement.

The U.N. Security Council, which met behind closed doors on Friday, has also called on Libyan National Army forces to cease their advances.

U.S. Secretary of State Mike Pompeo echoed international concerns in a statement on Sunday, saying the United States is "deeply concerned" about the clashes near Tripoli.

"We have made clear that we oppose the military offensive by Khalifa Haftar's forces and urge the immediate halt to these military operations against the Libyan capital," said Pompeo. "There is no military solution to the Libya conflict."

United Nations Secretary-General Antonio Guterres left Libya on Friday. He met with Gen. Haftar and then told journalists he was leaving Libya "with a deep concern and a heavy heart." Guterres has insisted that Libya needs a political solution, not a military one, and said the U.N. is available to facilitate a peace process.

The U.N. is still planning to hold a previously scheduled conference on elections in Libya, Reuters reported. The event, scheduled to begin April 14 in the country's southwestern town of Ghadames, is a set-aside time to consider whether elections could provide a path toward peace in the country.

"We know that holding the conference in this difficult time of escalation and fighting is a difficult matter," U.N. special envoy Ghassan Salame told reporters in Tripoli on Saturday. "But we are determined to hold it on time unless compelling circumstances force us not to."

Libya has been extremely unstable since NATO-backed forces deposed its former dictator Moammar Gadhafi in 2011.

In a 2016 interview with Fox News, former President Obama called his handling of the aftermath of that revolution the worst mistake of his presidency. Obama has said the U.S. should have done more to fill the vacuum left by Gadhafi.

By 2014, Libya had devolved into a civil war, and ISIS had become increasingly influential there. According to Reuters, the U.S. provided air support to Libyan forces fighting ISIS in 2016 and continued to launch strikes on suspected militants there after the end of that campaign.

A study conducted by the New America Foundation found that at least 2,158 airstrikes and drone strikes were conducted by foreign and domestic powers in Libya between September 2012 and June 2018. According to the study's estimates, between 242 and 395 civilians were killed in the strikes, and between 324 and 524 were wounded.

New America found that the Libyan National Army, led by Haftar, conducted 1,112 of those airstrikes. The United States conducted 524 of them.

In addition to political and military chaos in Libya, there have also been reports of gross human rights violations there. Last year, the United Nations human rights office found that the country contained "open slave markets" where migrants were bought and sold. According to Reuters, various armed groups control many of the country's ports and beaches.