Accessibility links
NPR Wants Your Original Poems For National Poetry Month It's that time of the year when we tip our hats — and yours — to the art of the verse. All month, tweet your mini poems with the hashtag #NPRPoetry, and we'll pick some to feature on-air and online.

6:13
Help Us Celebrate National Poetry Month With Your #NPRPoetry Tweets 6:13

Help Us Celebrate National Poetry Month With Your #NPRPoetry Tweets 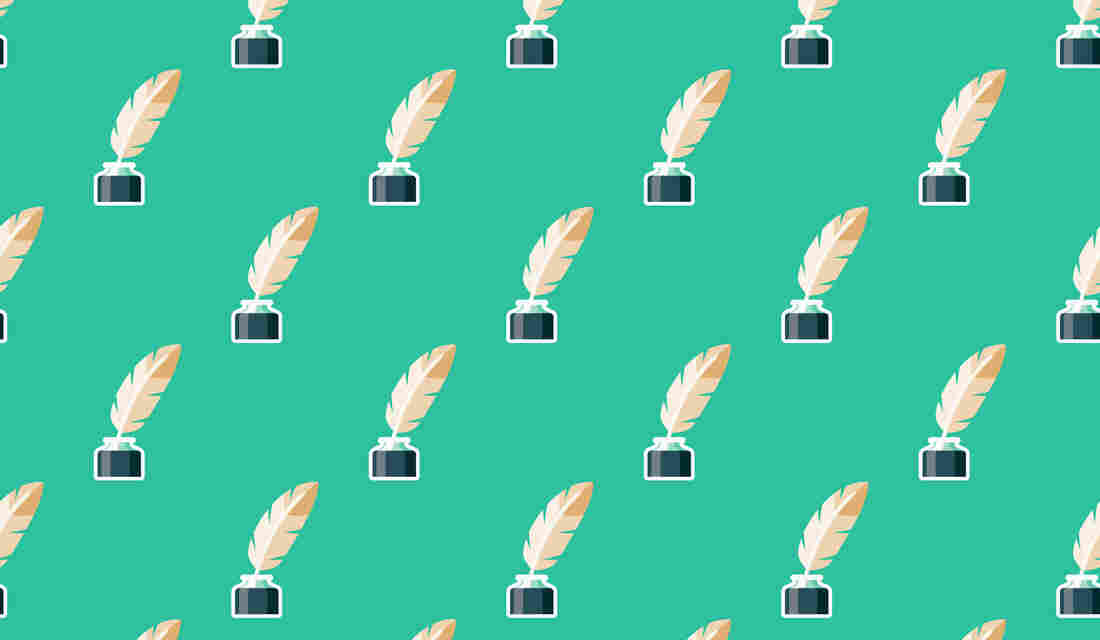 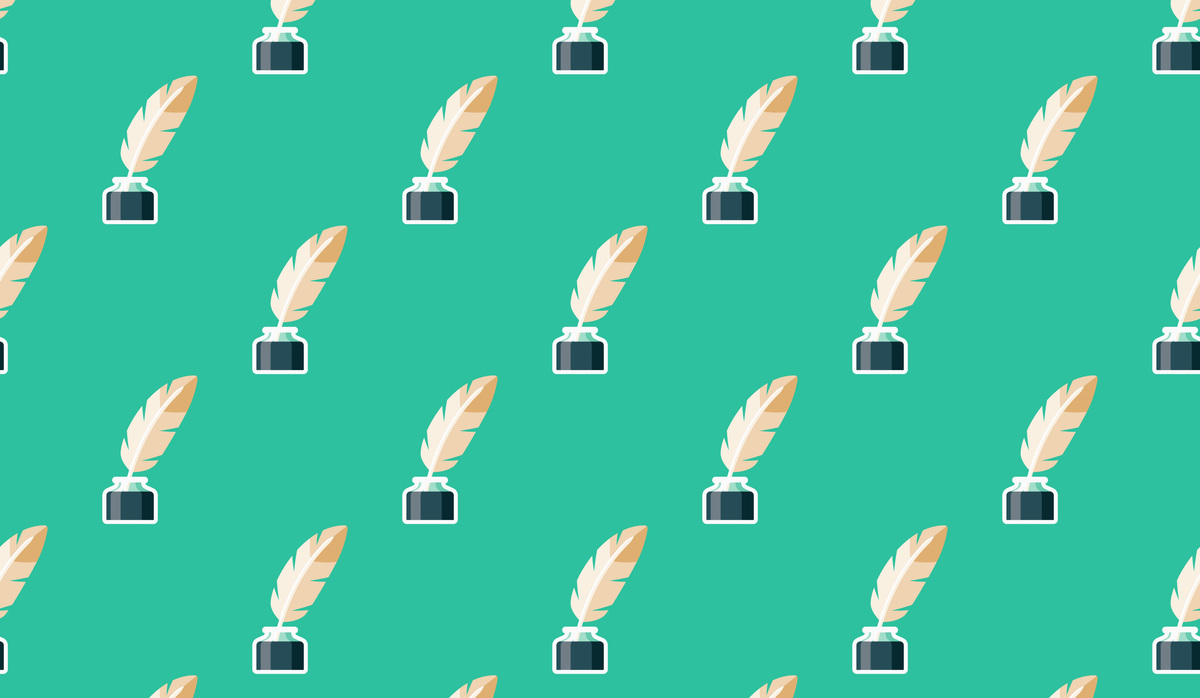 It's Poetry Month. Tweet us your mini poems all April using the hashtag #NPRPoetry.

For the past few years, NPR has celebrated National Poetry Month by turning to the talents of our audience — your haikus, limericks, odes ... the list goes on.

Earlier this month, All Things Considered once again called on listeners to tweet their original poems to us in 140 characters or less by using #NPRPoetry. Our favorites will be featured both on-air and online.

Tweet us your poems! Each weekend in April, All Things Considered will invite a guest poet to read some of your poems on the air. So tweet us your original verse, and don’t forget to use the hashtag #NPRPoetry. Good luck!

A Language Of Listening

Also in step with our annual tradition, we checked in with U.S. Poet Laureate Tracy K. Smith to help us take the temperature on poetry's place in our national culture.

Smith said that at a time when so many of us are consumed by politically divided discourse, poetry offers a welcome escape.

"Unlike politics, poems don't get you fired up in a position of authority and judgment over others. You're not arguing something down when you're talking about a poem," she said. "You're saying, let me listen to this. Let me think about how I feel different as a result of what you've just said. And I think that's a really healthy way of approaching other people."

'An Act Of Imagination'

And yet, these uber-politicized times are nonetheless bleeding into poetry, as Smith argued last year in an essay for The New York Times.

Richard Blanco can attest to this. At President Obama's second inauguration in 2013, Blanco delivered One Today, a poem illustrating a united America. Blanco told NPR that in that moment, standing in front of a crowd of 1 million people, "I stepped into my role as a civic poet."

In the wake of major cultural tragedies like the Boston Marathon bombings and the Pulse nightclub shooting, he said his writing has become "more socially engaged."

"A different time has demanded a different kind of poem from me," said Blanco.

You'll find his truths to be self-evident in "Declaration of Inter-Dependence," the opening work in his recently published collection of poems, titled How To Love A Country, where he slides from themes of dependence to independence to interdependence in just one stanza.

We had Blanco pick his favorite #NPRPoetry tweet from the submissions we've received so far. He chose a poem by Anthony Tao, titled "Career Path."

They said art was misery

of comfort, self- mutilation;

it was accepting who I am

is the person I will live with for the rest of this path,

which I'd prefer end some place I imagine.

They said art was misery
so I sought it —

of comfort, self-
mutilation;

it was accepting
who I am

is the person I will live with
for the rest of this path,

which I’d prefer end
some place I imagine.#NPRPoetry @npratc

The poem, Blanco said, cuts through the stereotype that poetry is an act of the self-absorbed.

"What people don't often understand about poetry, I think, is that it's also a way of objectifying your life and realizing that the poem is an act of imagination," he said. "And the idea that you develop an artistic persona that becomes some other version of yourself in the poem."

A Poem As A Puzzle

The award-winning poet Lauren Alleyne grew up in Trinidad and Tobago writing the native song forms of calypsos as early as age 10.

She likens Twitter to a fixed poetry form that offers an unintimidating path to start writing. Here, she said, the open-ended art form finds logic in the constraints of a Twitter box.

"I like puzzles," she said. Referring to Twitter's character limit, she inquired, "What can you do within this space that makes meaning? ... I think that's just the challenge of any poem really."

This week, Alleyne praised how a few of our Twitter poets tackled that challenge. Jay Sturner's apologetic verse moved her with his vulnerability.

All the right words

have gathered on my tongue

to form a parade

but my teeth are the walls

and my fractured ego

All the right words
have gathered on my tongue
to form a parade
but my teeth are the walls
and my fractured ego
is the rain.

"[The poem] wasn't trying to speak at or to me, but it was really sort of revealing the poet's awareness of his own failure to be better," she said.

In her latest collection of poems out this month, Honeyfish, Alleyne wanders with issues of social justice. But she reminds burgeoning poets that taking to the page with a thesis in mind is entirely optional.

Approaching poetry from that inquisitive posture, she said, "drops the bar internally a little bit and then makes it a little less scary."

The Power Of "Or"

Alberto Rios, an English professor at Arizona State University and Arizona's first poet laureate, grew up in the border town of Nogales. Borders have become a theme in his poetry.

Living in a culturally vibrant border community, choices were pivotal to Rios' upbringing.

When combing through #NPRPoetry submissions, Rios naturally gravitated toward a poet inspired by Arizona. Casimir Wojciech, who lives in the Sonoran Desert, strung lines together with ampersands — also known as Twitter's character-saving substitute for "and."

the air is warm with mesquite dreams

& the silence of rattle snakes

& the wind & the Santa Ritas

tied to each branch

who would rather die

To Rios, if "or" infers choice and difference, "and" is strength and harmony. The coordinating conjunction is "the chicken soup of the English language," he said.

"And says 'You're not alone. There's something more. You're connected to something.' And that very sort of comforting."

Wojciech's poem, he added, amplifies the idea that "nature is combining to overwhelm us with something good."

Pick A Door, Any Door

In Don't Call Us Dead, a collection of poems published in 2017, Danez Smith explores American-ness drawn from their experience as a queer, black poet.

It's no wonder then, that this month, Smith brought us a distinctly American poem pulled from the #NPRPoetry feed.

His head barely visible beyond the large gun,
He knelt, he knelt, and
He shot me dead.
They want to control the number of doorways.
Today I died an American death.
#NPRpoetry

His head barely visible beyond the large gun,

He knelt, he knelt, and

He shot me dead.

They want to control the number of doorways.

Today I died an American death.

Smith sees the poem as a meditation on a school shooting.

The repetition of the phrase "he knelt" enforces a sense of ritual to suggest, Smith said, that school shootings have become "something that we expect, something that we kind of know the emotions of right now."

With Berger's penultimate line, Smith extracts a "sneakily critical" meaning from the whole.

Regardless of whether the setting described in the poem is in fact a school, the "doorways" that "they want to control" aren't necessarily physical entrances to a classroom or campus, according to Smith.

Read rather as "doorways to the country," Smith said, the poem challenges us to set the fear surrounding violence in schools against another contentious issue in American politics: immigration.

" 'They want to control' who's coming in here," is how Smith read the line.

Make of Smith's interpretation what you will, but it's hard to deny the doorways that poetry can open in readers' minds.

"That's the wonderful part about poems, is that, by releasing any piece of art into the world, once it's in the readers' hands, it's their job to do what they will with the images," they said.

Throughout April, we'll be updating this page with your tweets we choose to read on air. So keep them coming.

As a reminder, here's how it works: Tweet your original poems to @npratc with the hashtag #NPRPoetry. Each week in April, a professional poet will share on All Things Considered some of the submissions that caught their eye. And even though Twitter has changed its character limit since we started this project, we're asking you to stick with the original rules: Poems must be 140 characters or less and any submissions may be used and distributed by NPR.