Accessibility links
Watch The Trailer For Beyoncé's Netflix Documentary 'Homecoming' Homecoming is set for release on Netflix April 17, promising a close-up look at the often-guarded superstar in preparation for her momentous festival set. 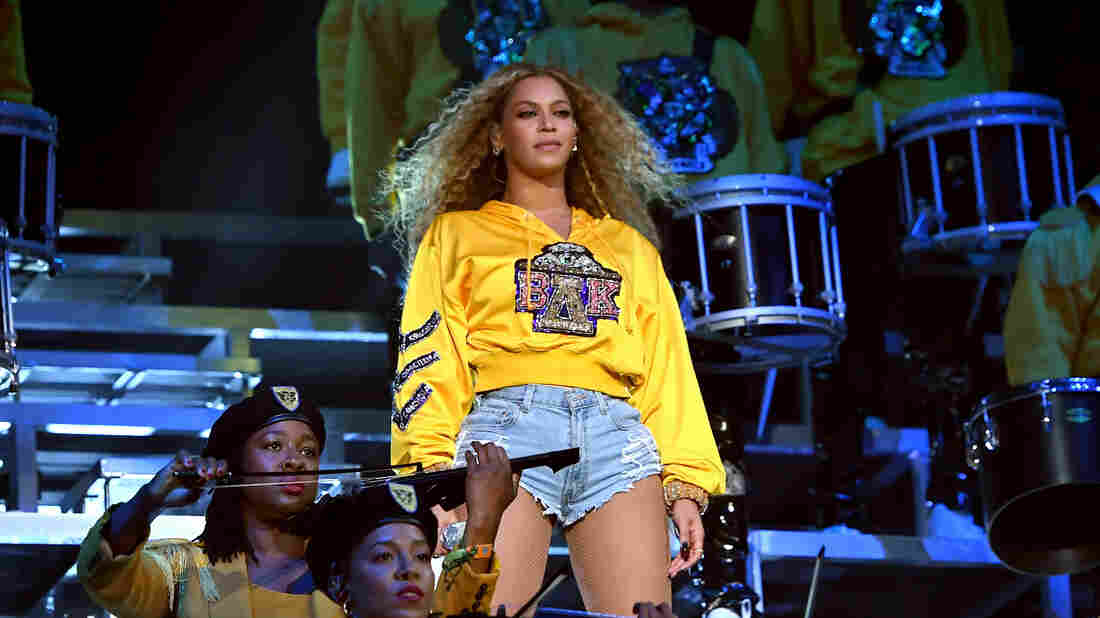 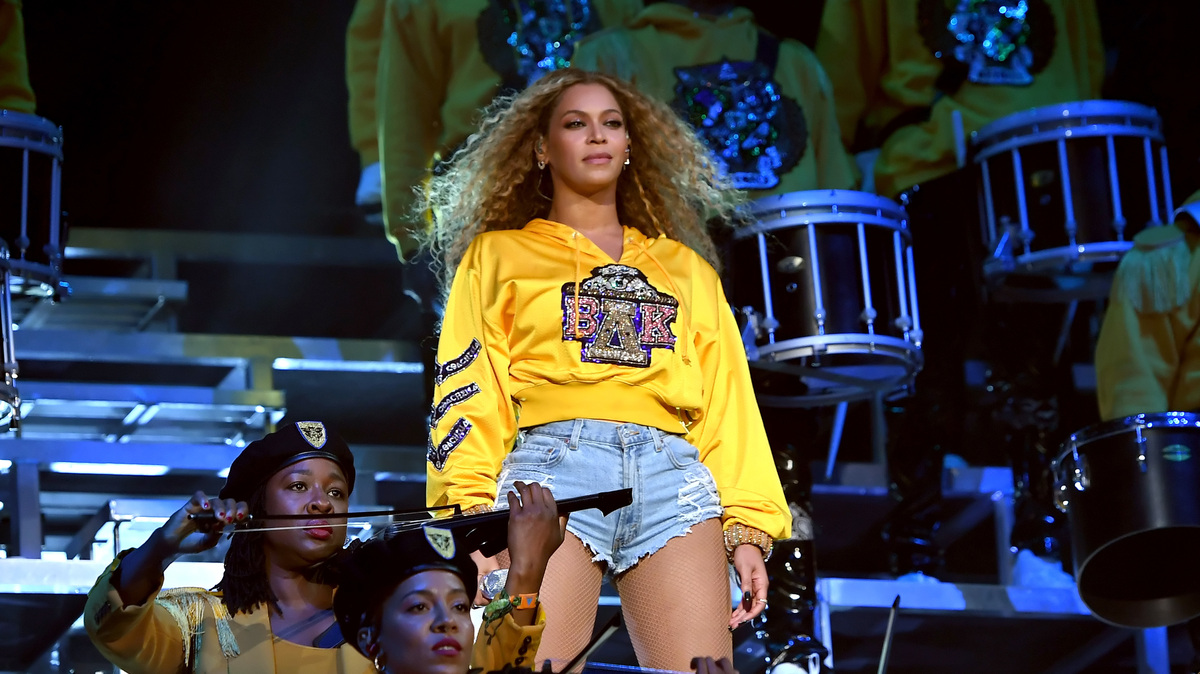 Beyoncé's history-making performance at 2018's Coachella Valley Music and Arts Festival is the gift that keeps on giving. Homecoming — billed as "A Film By Beyoncé" — is Queen Bey's latest concert documentary, unveiling a close-up perspective at the often-guarded pop superstar in the midst of preparing for her headlining festival performance. Homecoming is set for release on Netflix April 17.

Netflix has released an official trailer for the film after sharing a social media announcement Sunday morning that featured the word "homecoming." The snippet, on its own merits, is a grand spectacle to match. Behind-the-scenes footage of Beyoncé and her assemble of performers in the weeks, days and moments leading up to Beychella — including a snippet of Blue Ivy mimicking her mother's choreography — is all set to audio of a Maya Angelou interview. Toward the end, an interviewer asks Angelou, "What advice would you have to give to this generation?," to which Angelou responds, "Tell the truth, to yourself first, and to the children."