Accessibility links
Spring YA Fiction Roundup It's getting too nice to stay inside, but when you venture out into the sunshine, be sure to take a good book with you. And if young adult fiction is your favorite, we've got three great spring reads.

3 Young Adult Novels To Help You Out Of Hibernation

3 Young Adult Novels To Help You Out Of Hibernation 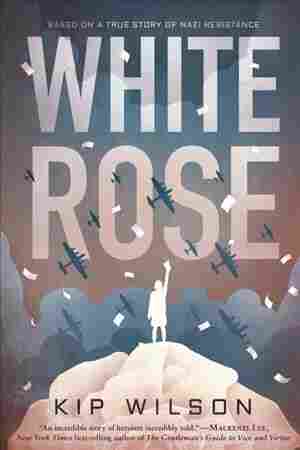 Emerge from winter hibernation and get your blood moving with three young adult novels featuring girls who realize they must take a stand against unjust establishments, regardless of the personal cost.

In 1943, a German university student named Sophie Scholl was executed for distributing pamphlets that criticized the Nazi regime. White Rose, named for the resistance group that Sophie belonged to, tells the story of how Sophie went from being a carefree member of the League of German Girls to a brave rebel who was willing to give up her life to undermine the Nazis.

A radical girl deserves a radical interpretation of the historic fiction genre, so White Rose eschews chronology for a more complex structure, letting Sophie's moral awakening blossom one petal at a time, spiraling out from the turning points that lead to her inevitable fate. Also remarkable is the choice to tell the entire narrative in verse, with each page offering a short poetic interpretation of a letter, a conversation, or a thought weighing on Sophie's mind. Because of the spare nature of the poetry, each word carries the full weight of this tragic story.

It's a common moral conundrum, to look back at the Nazi era and ask what would I have done? Sophie's brothers and boyfriend are German soldiers. Her family is relatively safe from the terrors of the Nazi regime — unless she endangers them. Yet she makes the choice to risk everything for her moral belief that the things being done in the name of her country are not right. This is a powerful story to hold in our hearts, and White Rose tells it with an honesty that is both brutal and beautiful.

Cold winds and a river of blood howl through Emily A. Duncan's debut fantasy, Wicked Saints. 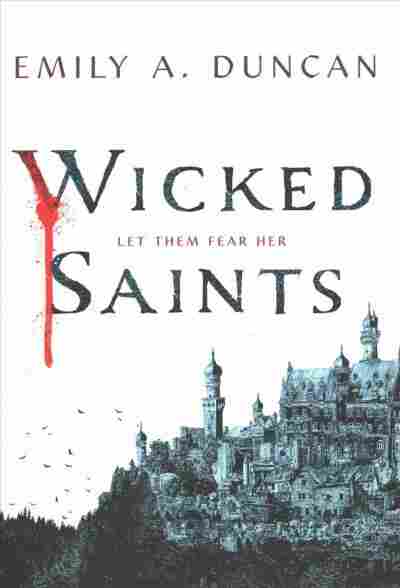 by Emily A. Duncan

Nadya is not an ordinary cleric. Like her brothers and sisters at the monastery, she is devoted to the gods and spends her time training to fight off the faithless blood mages who relentlessly attack her country. But unlike other clerics, Nadya can actually hear the gods speaking to her and wields the power of their holy magics. When the war to defend her people is almost lost, she finds herself in an uneasy alliance with a powerful mage whom she would rather kill — or maybe kiss. Her country and her faith hang in the balance.

The last few years have seen an influx of Slavic-influenced fantasy, and Wicked Saints feels as though it follows closely in the snowy footprints of Leigh Bardugo's Grishaverse. It revels in its gods and magics while tormenting its main characters with forbidden love and religious malaise, which makes for an entertaining if predicable read. The story itself is familiar territory, and many of the side characters feel as though they're interchangeable and frequently shuffled off stage for the convenience and intimacy of the mains. Still, if you like your young adult fantasy full of ice, blood, and angst, Wicked Saints will sweep you up in its wintery embrace. 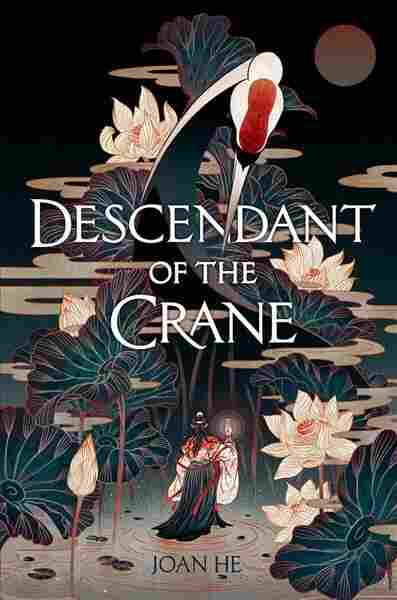 Descendant of the Crane

Title
Descendant of the Crane
Author
Joan He

Murder mystery, court intrigue, and layered, Chinese-inspired worldbuilding entwine to form something new in Joan He's debut YA fantasy, Descendant of the Crane.

Hesina has never relished the prospect of being queen of Yan, but now, with her father dead, she has no choice. Her first act as a queen is to commit treason by visiting a sooth — a person who can read the future with magic - whose very existence is illegal in Yan. But Hesina is certain that her father was murdered, and when the sooth tells her that a mysterious convict in her prison is the only one who can deliver justice, Hesina makes him her chief prosecutor. As the trial escalates, so do the many tensions that threaten to tear apart Hesina's family and Yan itself.

Descendant of the Crane lingers over beautiful imagery and elegant language without sacrificing tension or intrigue. The twists and turns revealed as the mystery unravels in Hesina's hands are very satisfying, and she becomes more and more likable as her gentle nature is pushed to its limits. It's also rare to find a book in this genre that has sibling relationships at its heart rather than friendships, but Hesina's deepest and most troubled bonds are with her brothers and sister — full, half, and adopted — and the complexities of these relationships are lovingly explored.

One area where Descendant of the Crane doesn't shine its brightest is the romance that blooms between Hesina and her appointed prosecutor, which feels forced and tepid at best. It's easy to imagine that this could have been a late addition, dropped in to make the book more marketable to perceived young adult audiences. It really wasn't necessary, because Descendant of the Crane is unabashedly a unique and richly embroidered tapestry of genres.