Accessibility links
The Flying Baby From A Famous 1995 Patagonia Catalog Photo Is All Grown Up Jordan Leads lives in Las Vegas now and is studying to become a court reporter. An avid rock climber, Leads says she might want to re-create the iconic photo with her own child one day. 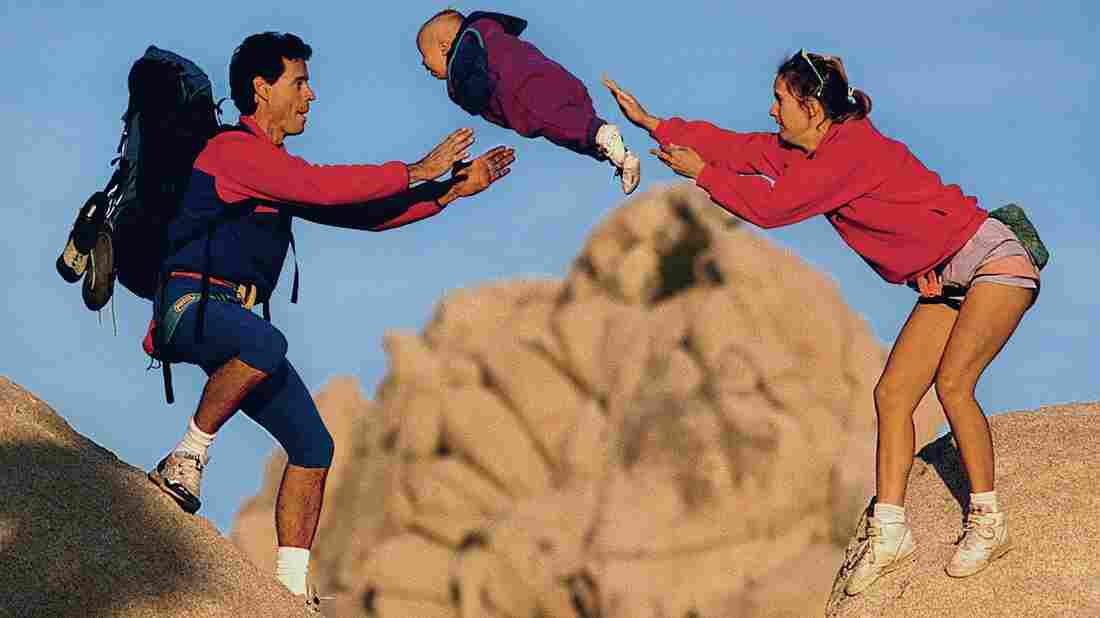 This 1991 photo became famous in the climbing community after appearing in a 1995 Patagonia catalog. Almost three decades after the photo was taken, Jordan Leads, the baby pictured, is grown up and tells NPR about her perspective on the photo. Greg Epperson hide caption 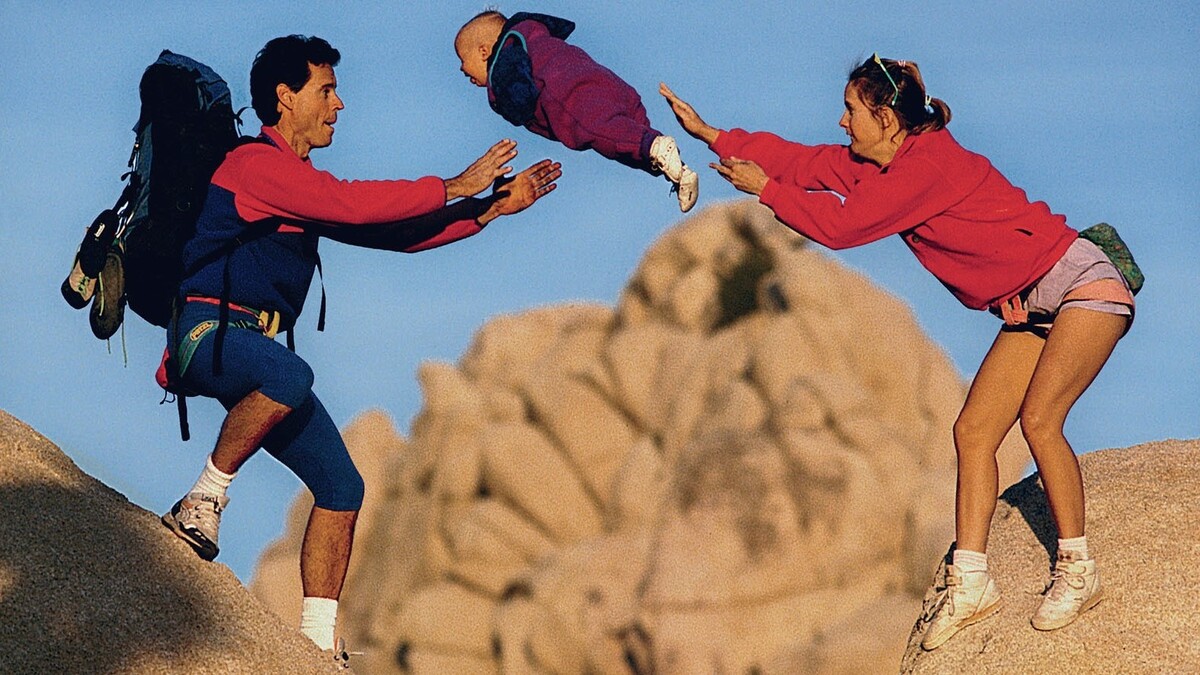 This 1991 photo became famous in the climbing community after appearing in a 1995 Patagonia catalog. Almost three decades after the photo was taken, Jordan Leads, the baby pictured, is grown up and tells NPR about her perspective on the photo.

Almost three decades ago, photographer Greg Epperson created an image that would become iconic to some in the climbing community: a 6-month-old baby in a purple jumpsuit in midair.

The picture records a moment while the infant is traveling across a vast gap between two giant boulders. Her precariously perched mother has thrown her toward the waiting arms of her father.

That baby is now 27 years old.

Jordan Leads landed safely in the arms of her father that day in 1991 after Epperson, a rock climbing photographer, asked her parents, Jeff and Sherry, if he could take a daring photo of them while at Joshua Tree National Park.

The photo first appeared publicly four years later in a Patagonia catalog. And now, it has been given a new life in the current catalog, along with an update about Jordan Leads, the star of the photo.

Leads lives in Las Vegas and is studying to become a court reporter. She says the photo of her flying over a gap in the boulders was just one of many outdoorsy shots that hung on the walls of her parents' house, which also had a climbing gym that her dad built in the garage.

A few years back, the photo resurfaced as a meme, and examples include her infant self leaping with a pod of dolphins, being hurled out of a cannon or punted by a kicker on a football field. Leads finds all of them entertaining.

"There's a guy that's juggling chainsaws, and I'm also being juggled," she tells Weekend Edition Saturday's Scott Simon. But her favorite edited photo is the one "where my parents are feeding me to a Jurassic Park dinosaur. I think that's the best."

Leads says her parents surprisingly didn't get a lot of public scolding for flinging their baby over the rocks. That early moment of flight, along with her upbringing, seems to have stuck with her. She's now a rock climber and occasionally climbs with her father.

Our Better Nature: How The Great Outdoors Can Improve Your Life

Leads hopes to continue her family's value of the outdoors — and possibly re-create the photo.

"I can't wait to show it to my kids one day and to show them how I was growing up, how my parents raised me and to really just bring that whole family value of going outside back to them," Leads says. "I would put [my photo] up on the wall, and then I could put my child's right next to it in our hallway ... I think that would be really cool."