Accessibility links
Emily Bazelon's 'Charged' Reveals How Prosecutors And Plea Bargains Drive Mass Incarceration Close to 2.2 million people were incarcerated in the U.S. in 2016. Author Emily Bazelon says prosecutors, rather than judges, are responsible for many of the prison sentences defendants receive. 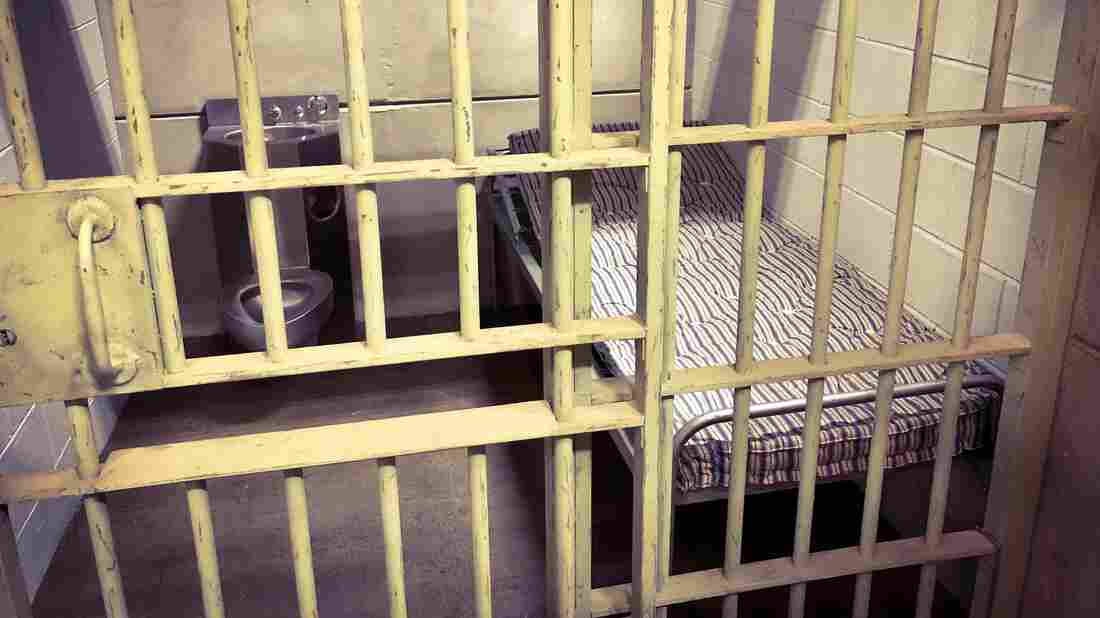 Close to 2.2 million people were incarcerated in the U.S. in 2016; author Emily Bazelon says prosecutors — not judges — are responsible for many of the prison sentences defendants receive. Juan Camilo Bernal/Getty Images hide caption 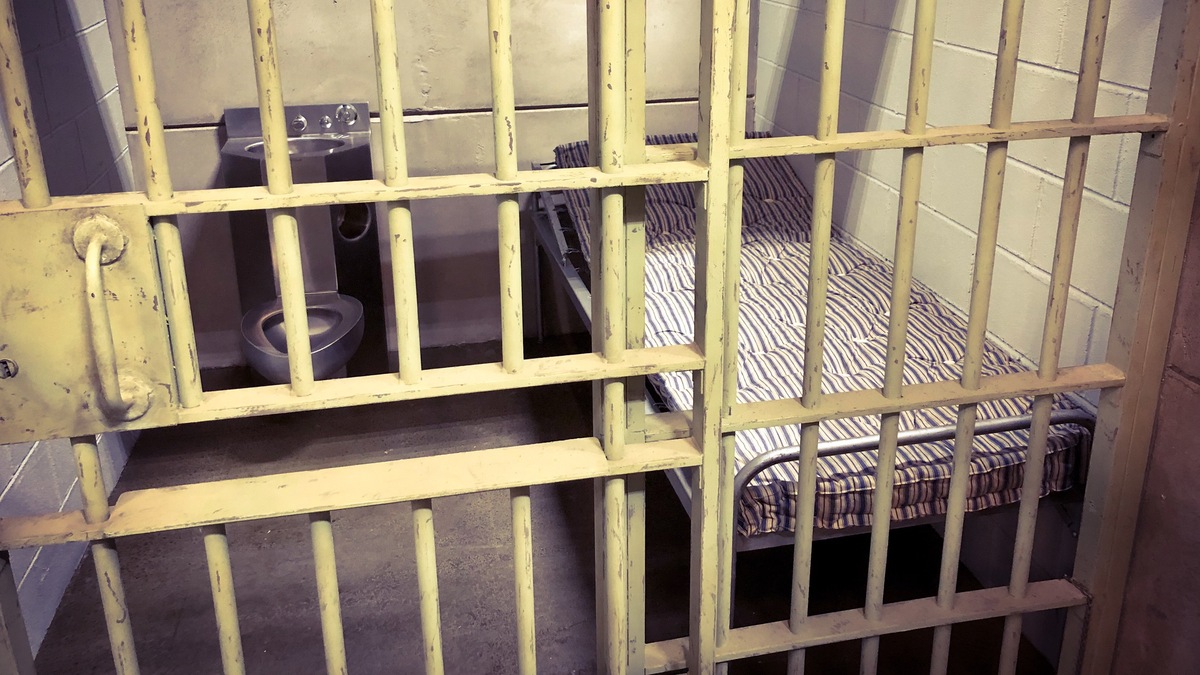 Close to 2.2 million people were incarcerated in the U.S. in 2016; author Emily Bazelon says prosecutors — not judges — are responsible for many of the prison sentences defendants receive.

The U.S. prison population is booming. It is estimated nearly 2.2 million people were incarcerated in America in 2016, and as many people in the U.S. have criminal records as have graduated from four-year colleges.

Journalist and Yale Law lecturer Emily Bazelon attributes America's high incarceration rates to prosecutors more than judges. She says that in the 1980s, when crime was on the rise, legislators across the country passed laws with mandatory minimum sentences that have disproportionately affected black and brown communities.

"That set up prosecutors to be able to determine the punishment by the charge they bring in," Bazelon says. "And so we're still living with that change — even though crime has really fallen since that time."

Bazelon notes that the majority of court cases — more than 90 percent — end in a plea bargain rather than a trial, which gives prosecutors even more power.

"You see this kind of haggling over plea bargains in the hallway, not an open court," she says. As for a defendant's guilt and innocence? "Honestly, people don't even really talk about those things."

Bazelon spent 2 1/2 years reporting on the Brooklyn district attorney's office. Her new book, Charged, examines the power of prosecutors and looks at alternatives to bail, plea bargains and incarceration. 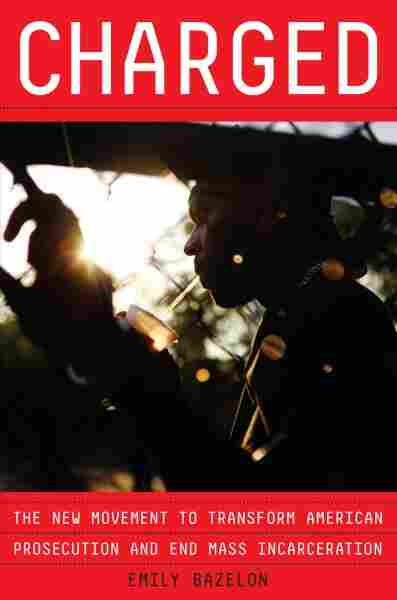 On why so many cases end in plea bargains

Plea bargains keep the system moving much more quickly. They are far less time-consuming in terms of hours in court than a trial. And so you've really seen them take over the system. Justice Anthony Kennedy several years ago said for the Supreme Court that plea bargains were not an adjunct to the system, they really had become the entire system. When you think about the criminal justice system the founders of our country designed, that's just a sea change. Trial by jury — it's in the Constitution, written into the Sixth Amendment, [but there's] nothing about plea bargains.

We put prosecutors in this arguably difficult position. We tell them that it's their job to win convictions. We also tell them that they are obligated to be ministers of justice. Good prosecutors know how to balance those ethical responsibilities, but it's not always easy to curb your instinct to win. And so I think when prosecutors abuse their power, what we're seeing is a real tension in this dual nature of their role.

We have so many people who've gotten tangled up in the criminal justice system. And for misdemeanor offenses, often we're not talking about jail or prison sentences, but we are talking about other consequences where you have this notation on your record that can really affect the opportunities that you have going out from there.

So I think those costs are leading people in the reform movement to really question why we criminalize certain behavior and not others. So for example, fare beating, turnstile jumping: Those are things people get arrested for. Well, if you're a driver of a car, a more middle-class person, [and] you blow through an E-Z Pass on the highway, you're not going to get arrested. You're going to get a fine. So we have different ways of punishing different classes of people for minor kinds of wrongdoing that have a tremendous impact on people's lives.

On how bail works

Here's how for-profit cash bail works in New York: You go in front of a judge; say he sets bail at $15,000. That's standard for a gun offense. You then can pay it at that moment if you have the cash, but of course most people don't have that amount of cash sitting around. And so then they have to go to a bail bondsman.

Usually, you work out a deal where you pay the bondsman 10 percent. Then the bondsman doesn't actually pay the court anything. They just go to the court and say we'll guarantee that if this person flees we will pay that amount. At the end of the case, if you have come to all your court appearances as almost everyone does, you're supposed to get your money back at the end. But I did not see people getting any more than, like, $60, $50 back when they completed this process. ...

But, in fact, we know from Washington, D.C., which has been doing it differently for years; from the state of Kentucky, which has a different system, that cash bail is not necessary to bring most people back to court. Most people, you just ask them politely to come back to court. You send them reminders, you connect them with support services if necessary and they'll come back, because they know it's going to be bad for them to have a warrant out there for their arrest.

On what happens to defendants who cannot afford bail

If you can't make bail, you go to jail. And we have probably about 6 million people every year in America who are sitting in jail because they can't afford to post bail and get out, sometimes for very minor offenses.

This is just a hidden cost of our system that we've tolerated for a long time. The question I would ask about it is why people are sitting in jail if they don't pose a threat to safety? ... I mean, if you are accused of marijuana possession, for example, and the judge asked you to post bail and you're poor and you can't post it, well you're going to jail where someone who was better off would not go to jail, and that has nothing to do with public safety. ...

We really have a system that treats people differently based on the amount of money they have — and that seems fundamentally wrong, and yet it drives our whole pretrial system.

We really have a system that treats people differently based on the amount of money they have — and that seems fundamentally wrong, and yet it drives our whole pretrial system.

On the new reform movement to curtail mass incarceration

This is a new movement that has really bubbled up in a bunch of cities since 2016. What you see here are people who want to reduce and end mass incarceration, realizing that they have the power to elect a new kind of prosecutor. These are local elections; voters decide [who the district attorney is], and if you're organized, you can have a big impact on these races.

So then these new DAs have come into office and they answer to a different constituency. It's not the old, you know, drum beating of law and order. The people who voted for them are saying, "We want the system to be more fair, to treat victims and defendants better. We want prison and jail to be a last resort rather than the default all the time."

Read an excerpt of Charged