Accessibility links
Most Semi-Automatic Weapons Banned In New Zealand After Massacre Lawmakers across party lines voted overwhelmingly to ban the weapons after a massacre in Christchurch killed 50 worshippers. Owners have until the end of September to hand the weapons over to police. 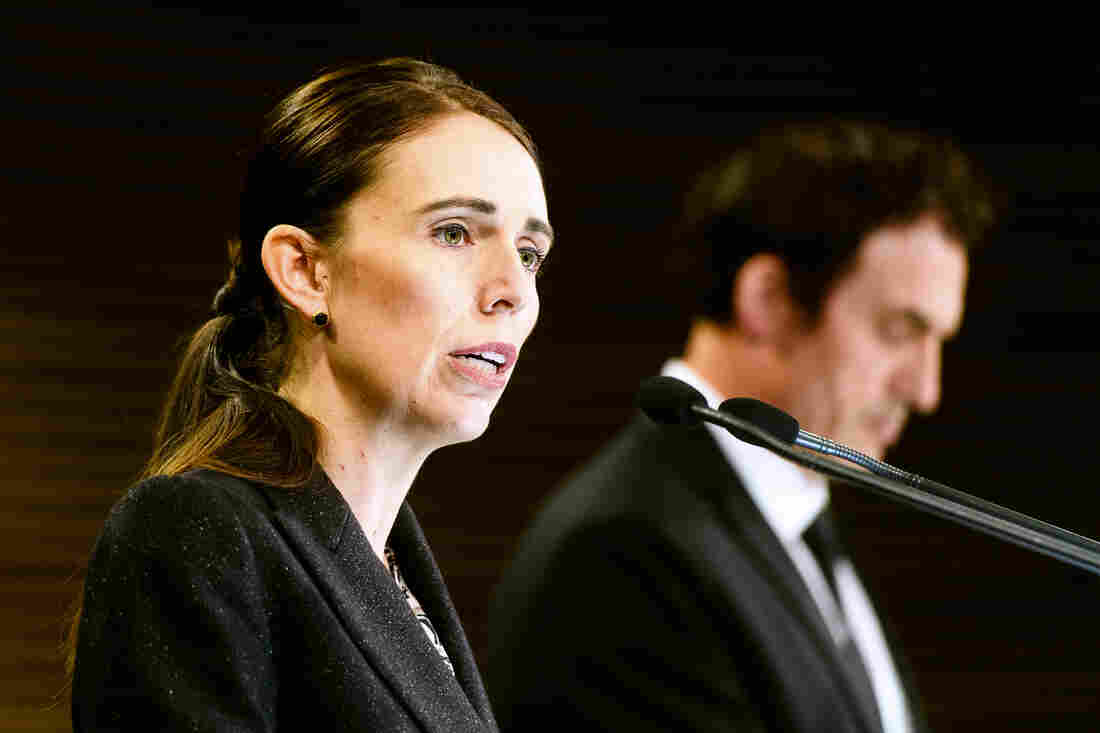 Jacinda Ardern, New Zealand's prime minister, speaks during a news conference in Wellington, New Zealand, on March 21. New Zealand has banned military style semi-automatics and assault rifles and will establish a nationwide buyback of the weapons as a result of the terrorist attack on two mosques that left 50 people dead. Bloomberg via Getty Images hide caption 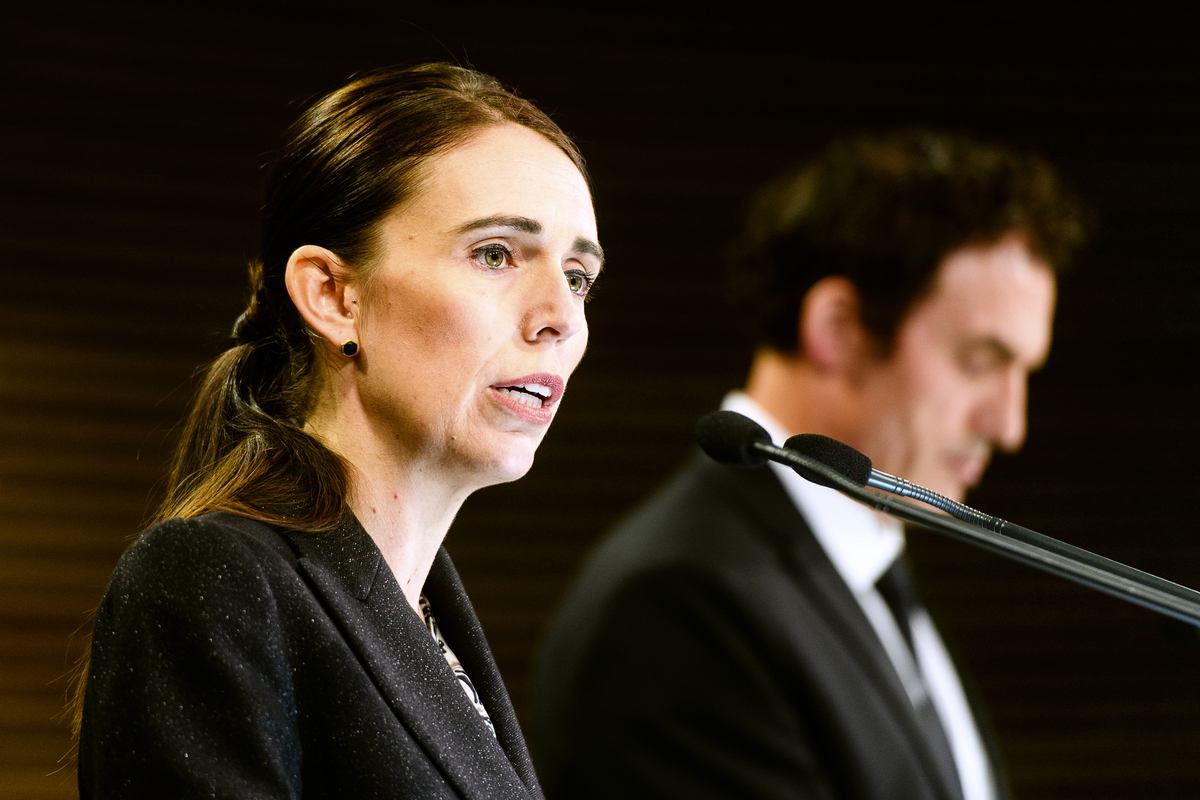 Jacinda Ardern, New Zealand's prime minister, speaks during a news conference in Wellington, New Zealand, on March 21. New Zealand has banned military style semi-automatics and assault rifles and will establish a nationwide buyback of the weapons as a result of the terrorist attack on two mosques that left 50 people dead.

Less than one month after a gunman killed 50 people in an attack on two mosques in Christchurch, the New Zealand Parliament voted Wednesday to ban most semi-automatic and military-style weapons.

The law makes it illegal to possess the prohibited weapons in New Zealand. Current owners of the now-banned firearms will have until the end of September to return their weapons for compensation under a buyback program. If they don't return them, they could face up to five years in prison.

Speaking before lawmakers, Prime Minister Jacinda Ardern said she knew her country would approve a ban after the police commissioner described the deadly nature of the guns used in the attack, which had been obtained legally and easily modified to hold more than 60 bullets per magazine.

"I could not fathom how weapons that could cause such destruction and large-scale death could have been obtained legally in this country," Ardern said.

She described visits to hospitals where dozens of victims are still recovering.

"I struggle to recall any single gunshot wounds," she said. "In every case they spoke of multiple injuries. Multiple debilitating injuries that deemed it impossible for them to recover in days, let alone weeks. They will carry disabilities for a lifetime, and that's before you consider the psychological impact."

According to the text of the legislation, it "seeks to remove semi-automatic firearms from circulation and use ... in New Zealand." It bans "semi-automatic firearms, magazines, and parts that can be used to assemble prohibited firearms," as well as certain ammunition. "Military style" weapons will also be banned.

The law makes some exceptions. Semi-automatic firearms up to .22 caliber that can hold up to 10 rounds will be permitted, as will magazines for shotguns that can hold up to five cartridges. Licensed dealers, pest controllers and "bona fide collectors" will also enjoy "narrow exceptions" to the ban.

Ardern told lawmakers she couldn't face the victims left behind and tell them she was OK with such dangerous weapons being legal to purchase in New Zealand.

"Fifty people died and they do not have a voice. We in this house are their voice," Ardern said on the floor of Parliament. "We have used that voice wisely," she said to applause from lawmakers.

The bill, which passed 119-1, will become law by the end of the week, the New Zealand news site Stuff reported. The one dissenter, David Seymour of the ACT Party, criticized the speed at which lawmakers had moved without public input. "Trying to make complex legislation in nine days is madness," Seymour wrote. "If it was effective, we would rush all legislation, but it is not."

In response to complaints about the process, Ardern said: "You either believe that in New Zealand these weapons have a place or you do not. And if you believe, like us, that they do not, you should be able to agree that we can move swiftly. My view is that an argument about process is an argument to do nothing."

The speed at which New Zealand moved to ban the weapons stands in contrast with U.S. inaction at the federal level after mass shootings. Despite calls by some lawmakers for similar bans, it has proved difficult to impose major restrictions on gun ownership.