Accessibility links
Trump Tax Returns: Treasury Department Misses House Committee Deadline Steven Mnuchin wrote to the chairman of the House Ways and Means Committee that he needs more time to consult with the Justice Department because of the "unprecedented nature of this request." President Trump speaks to the media prior to his departure from the White House Wednesday in Washington, D.C. Alex Wong/Getty Images hide caption 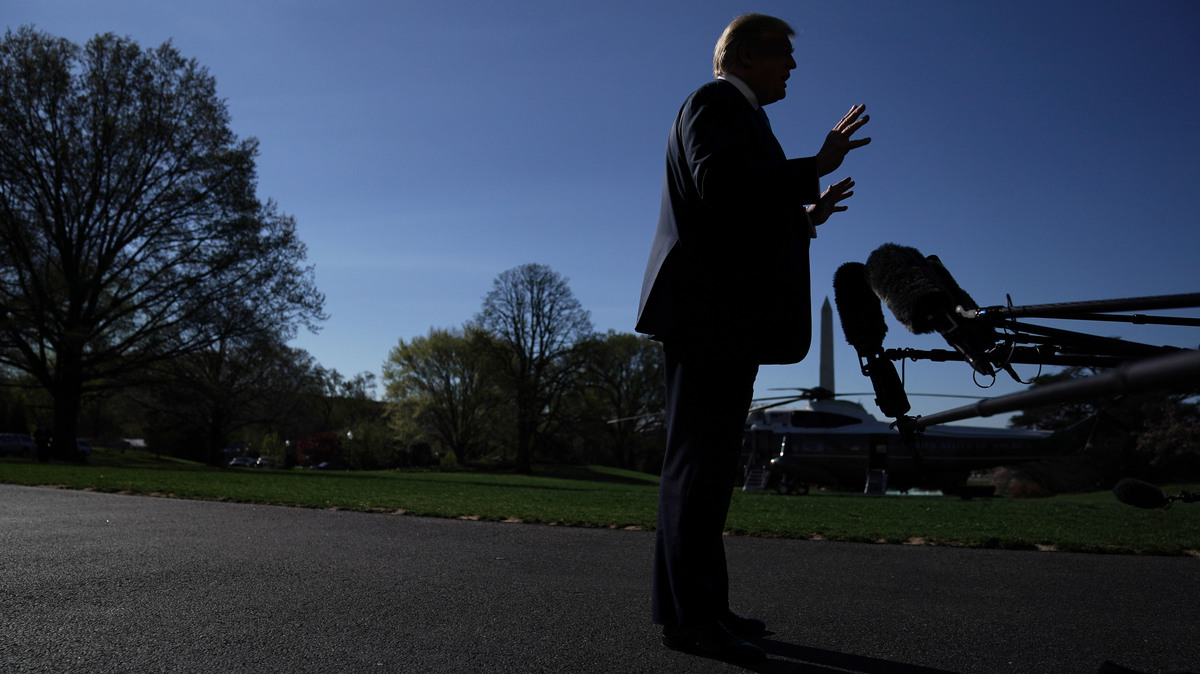 President Trump speaks to the media prior to his departure from the White House Wednesday in Washington, D.C.

The Treasury Department and the Internal Revenue Service did not meet House Democrats' deadline to turn over President Trump's past tax returns by Wednesday, escalating what will likely culminate in a legal battle in the investigation into the president's personal and business finances.

In a letter to House Ways and Means Committee Chairman Richard Neal, D-Mass., Treasury Secretary Steven Mnuchin writes that he needs more time to consult with the Department of Justice given the "unprecedented nature of this request."

"The Committee's request raises serious issues concerning the constitutional scope of congressional investigative authority, the legitimacy of the asserted legislative purpose, and the constitutional rights of American citizens," Mnuchin writes.

The treasury secretary goes on to argue that "the legal implications of this request could affect protections for all Americans against politically-motivated disclosures of personal tax information, regardless of which party is in power."

Neal said in a statement after receiving Mnuchin's letter that he "will consult with counsel and determine the appropriate response to the commissioner in the coming days."

Texas Rep. Kevin Brady, the top Republican on the Ways and Means Committee, echoed Mnuchin and said such a request "sets a dangerous precedent. The intent of Section 6103 is clear: the tax code must not to be used for political fishing expeditions. The Treasury Department is right to carefully review the privacy impact this request would have on every taxpayer."

The battle over Trump's tax returns — after he was the first president in four decades not to release the annual filings — has been brewing since the 2016 campaign. Once Democrats regained control of the House in last November's midterm elections, trying to seek Trump's taxes to delve into both his personal and business ties and determine whether there could be any foreign financial entanglements has become a key oversight priority.

Trump has said he isn't releasing the returns because he's been under audit, and he repeated that on Wednesday to White House reporters before leaving for a trip to Texas.

"I would love to give them, but I'm not going to do it while I'm under audit," Trump said.

When Neal made the request last week, he said it was about "policy, not politics."

"We have completed the necessary groundwork for a request of this magnitude and I am certain we are within our legitimate legislative, legal, and oversight rights," Neal said in a statement at the time.