Accessibility links
Ohio's 6-Week Abortion Ban Becomes Law; Opponents Will Sue The ACLU of Ohio and other organizations that advocate for abortion rights will sue to block the law, one of most restrictive in the country. "We're counting on [a lawsuit]," say the law's supporters. 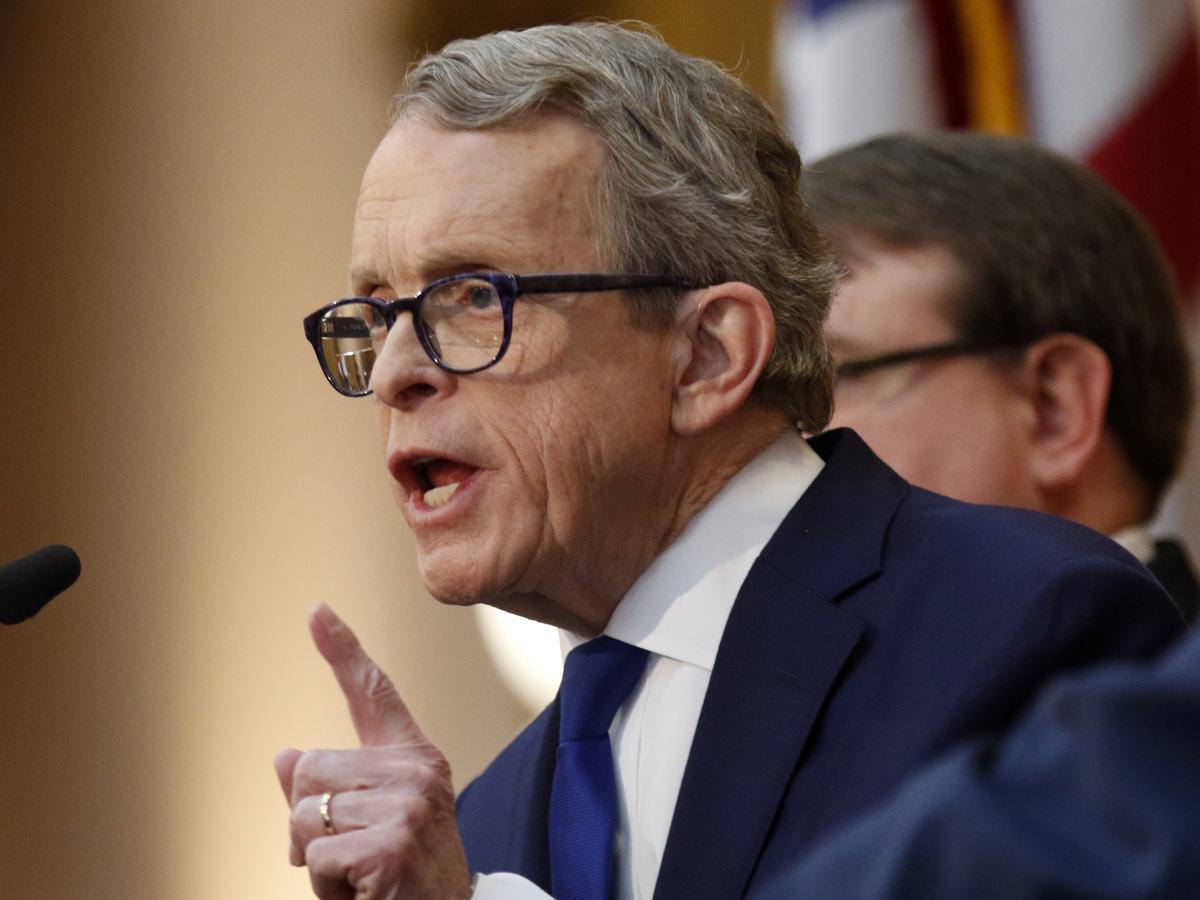 The six-week abortion ban known as the "heartbeat bill" is now law in Ohio. That makes Ohio the sixth state in the nation to attempt to outlaw abortions at the point heartbeat activity can be detected.

Gov. Mike DeWine signed the bill Thursday afternoon, just one day after it passed the Republican-led General Assembly. The law is slated to take effect in 90 days, unless blocked by a federal judge.

Now known as the "Human Rights Protection Act," SB 23 outlaws abortions as early as five or six weeks into a pregnancy, before many women know they're pregnant. It is one of the most restrictive abortion laws in the country.

The bill does include an exception to save the life of the woman, but no exceptions for cases of rape or incest.

Government's role should be to protect life from the beginning to the end.

"The essential function of government is to protect the most vulnerable among us, those who don't have a voice," DeWine said as he signed the bill. "Government's role should be to protect life from the beginning to the end."

Federal judges in Kentucky and Iowa have blocked the laws or struck them down as unconstitutional. Another bill in Georgia has yet to be signed by the governor.

DeWine's signature will set off a lengthy legal fight. The ACLU of Ohio announced it will sue to stop the law, which the group says "virtually bans all abortion care."

"This legislation is blatantly unconstitutional and we will fight to the bitter end to ensure that this bill is permanently blocked," said ACLU of Ohio legal director Freda Levenson in a statement.

We will fight to the bitter end to ensure that this bill is permanently blocked.

But DeWine and lawmakers said they aren't dissuaded by the threat of legal action. Since taking office in January, DeWine had said he planned to sign whichever version of the heartbeat bill ended up on his desk.

Anti-abortion groups such as Ohio Right To Life say they intend the bill to trigger a U.S. Supreme Court case striking down the 1973 Roe v. Wade decision. That case legalized abortion up until viability, usually at 22-24 weeks.

"If this is what it takes, we will see you at the Supreme Court," said Planned Parenthood of Ohio President Iris Harvey at a rally Wednesday outside the Statehouse.

The Ohio Senate originally passed the bill last month. The Republican-led House Health Committee then made several changes before sending it to the House floor, where it passed by party-line vote.

Beyond changing the name, the Ohio House version allows for the use of transvaginal ultrasounds to detect heartbeat activity even earlier in a pregnancy.

The bill institutes criminal penalties for doctors who violate the law. Doctors who perform abortions after detecting a heartbeat would face a fifth-degree felony and up to a year in prison. The legislation also allows the State Medical Board to take disciplinary actions against doctors found in violation and impose penalties of up to $20,000.

After hearing testimony from lawmakers and advocates, the Ohio House passed the bill Wednesday afternoon, 56-40, and the Ohio Senate quickly followed to affirm the changes, 18-12.

"Pro-life Ohio thanks Governor DeWine for taking a courageous stand on behalf of unborn children with beating hearts," said Ohio Right to Life President Mike Gonidakis in a statement.

Currently, Ohio prohibits abortions after 20 weeks of pregnancy, and lawmakers in 2018 passed a law banning the "dilation and evacuation" method of abortion used most commonly after 12 weeks of pregnancy. The latter was blocked from taking effect by a federal judge in March.

The Ohio Senate in March passed another bill requiring the burial or cremation of fetal remains. The bill is now being considered in the Ohio House.

Legislators attempted several times before to pass the heartbeat bill, but the legislation was twice vetoed by former Gov. John Kasich, who warned it would prove costly for the state to defend in court.