Accessibility links
StoryCorps: A Mother Of A Son With Autism Is Comforted By A Stranger's Help At StoryCorps, Ellen Hughes tells Keith Miller, who also has a son with autism, how much it meant to her when he comforted her son Walker on a difficult visit to the ER last year. 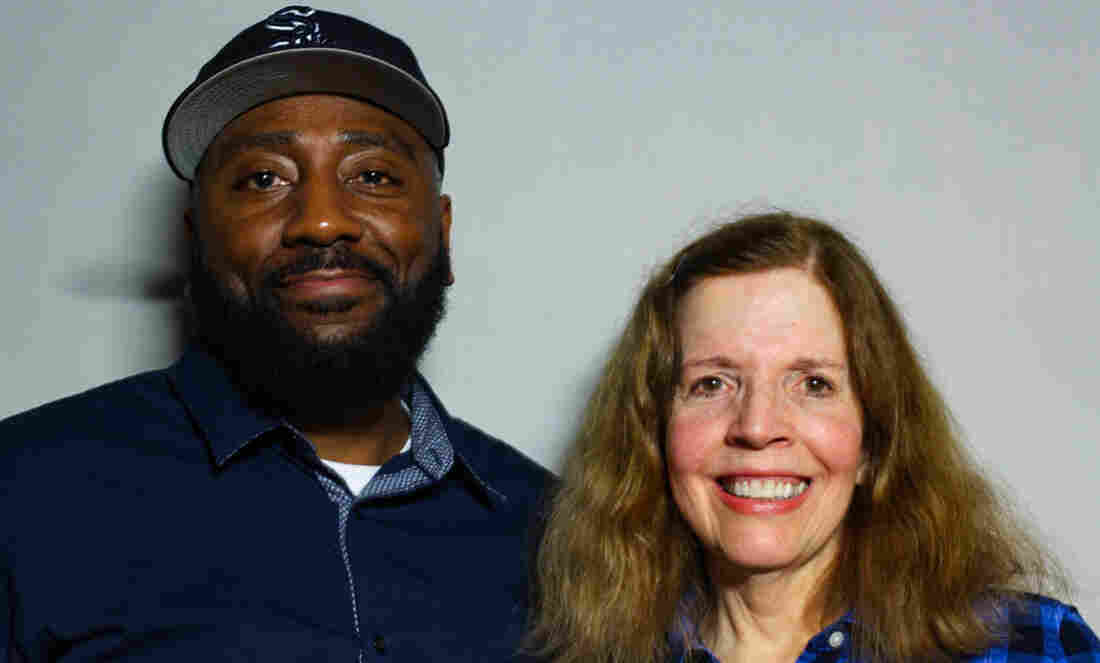 Keith Miller and Ellen Hughes both have sons with autism. At StoryCorps in February, Ellen tells Keith how grateful she is that he unexpectedly comforted her son during an emergency room visit last year. Rocio Santos/StoryCorps hide caption 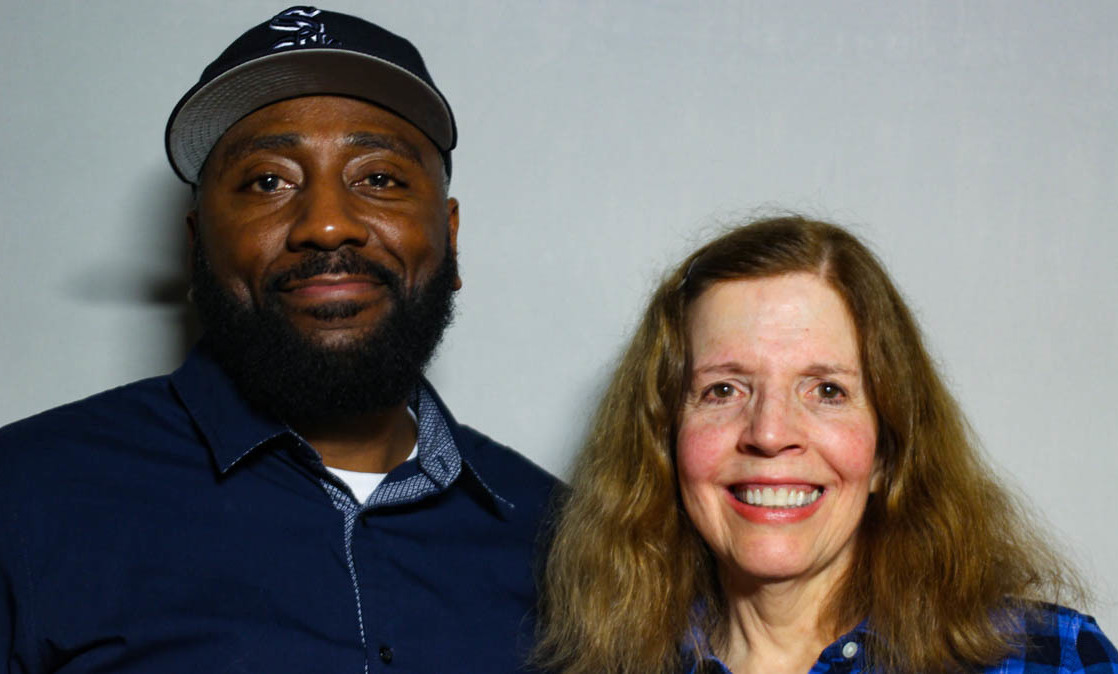 Keith Miller and Ellen Hughes both have sons with autism. At StoryCorps in February, Ellen tells Keith how grateful she is that he unexpectedly comforted her son during an emergency room visit last year.

Last year, 33-year-old Walker Hughes — who has autism and is minimally verbal — was rushed to the hospital after he tried a new medication that made him agitated.

"We're driving at rush hour and my sweet guy is screaming and grabbing me and we're just scared to death," Walker's mom, Ellen Hughes, now 69, said in a StoryCorps interview recorded in February. "This is not the guy I know at all." 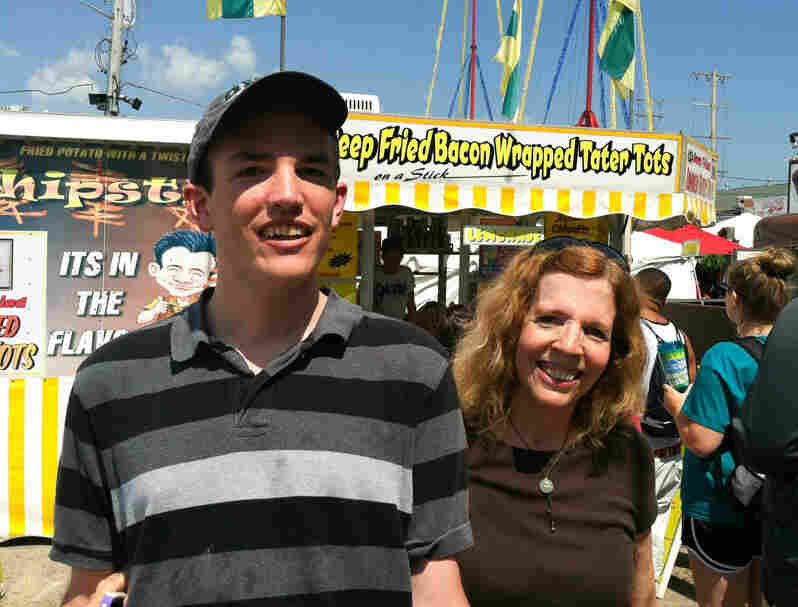 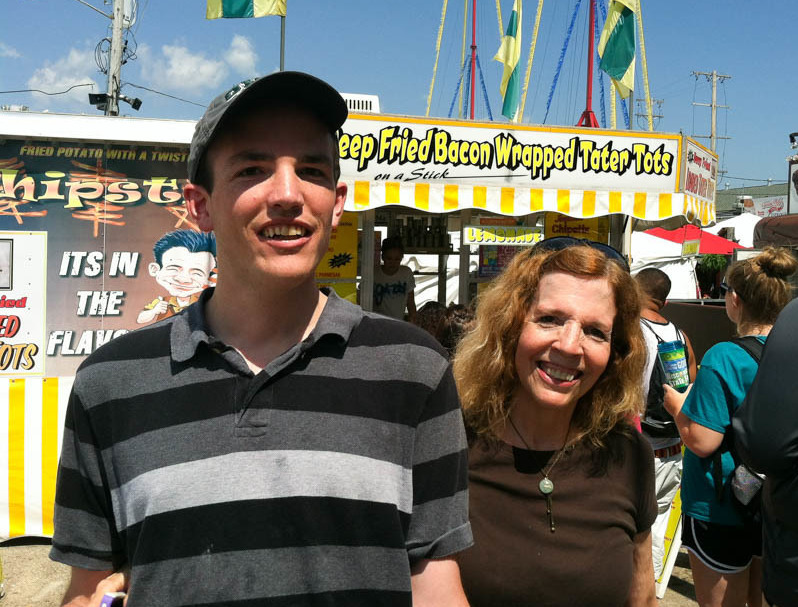 Walker Hughes, with his mom Ellen Hughes, at the 2017 Wisconsin State Fair.

Even before they arrived at Loyola University Medical Center in Chicago, Ellen was already anticipating what was going to happen once they got to the emergency room.

"When he was a little boy, an officer got on his back while he was screaming. And he's been handcuffed to gurneys in emergency rooms just for having a seizure and being big," she said. Walker is 6-foot-3.

To make matters worse, on this particular visit, Walker bit Ellen. "I'm sitting there brokenhearted, scared out of my mind, bleeding, and Walker's trying to run away," she said. "And I see, like, five guys on him, and all I think is 'This will not end well. They're gonna kill him.' "

That's when the unexpected happened.

Enter Sgt. Keith Miller, a public safety officer with Loyola University. "I saw the fear in your face," said Keith, 47. "It touched me personally." Keith has a 14-year-old son who also has autism.

As Ellen tells it, every time Walker tried to escape at the hospital, Keith would say: "Walker gets up! Walker sits down! Walker scoots back! Walker lies down!" And then you said high-fives all around." And to Ellen's surprise, Walker beamed and high-fived every officer.

Then Keith started singing the opening theme song to Mister Rogers' Neighborhood. At that point, Walker, who had been terrified moments before, felt like the officers were his friends, Ellen said. And people around them watched the joy unfold and wanted to join in.

"As parents, we're there to help them deal with their obstacles," Keith said. "And if we can't do it by ourselves, there's other people out there to help. And I want to be one of those other people."

Ellen is grateful for the care Keith took with Walker that day.

"Nobody else does what you do," she said. "I've been in a lot of ERs. ... I never sat there and felt like this is one of the most important moments of my life."

Audio produced for Morning Edition by Aisha Turner, with special thanks to Bill Healy.