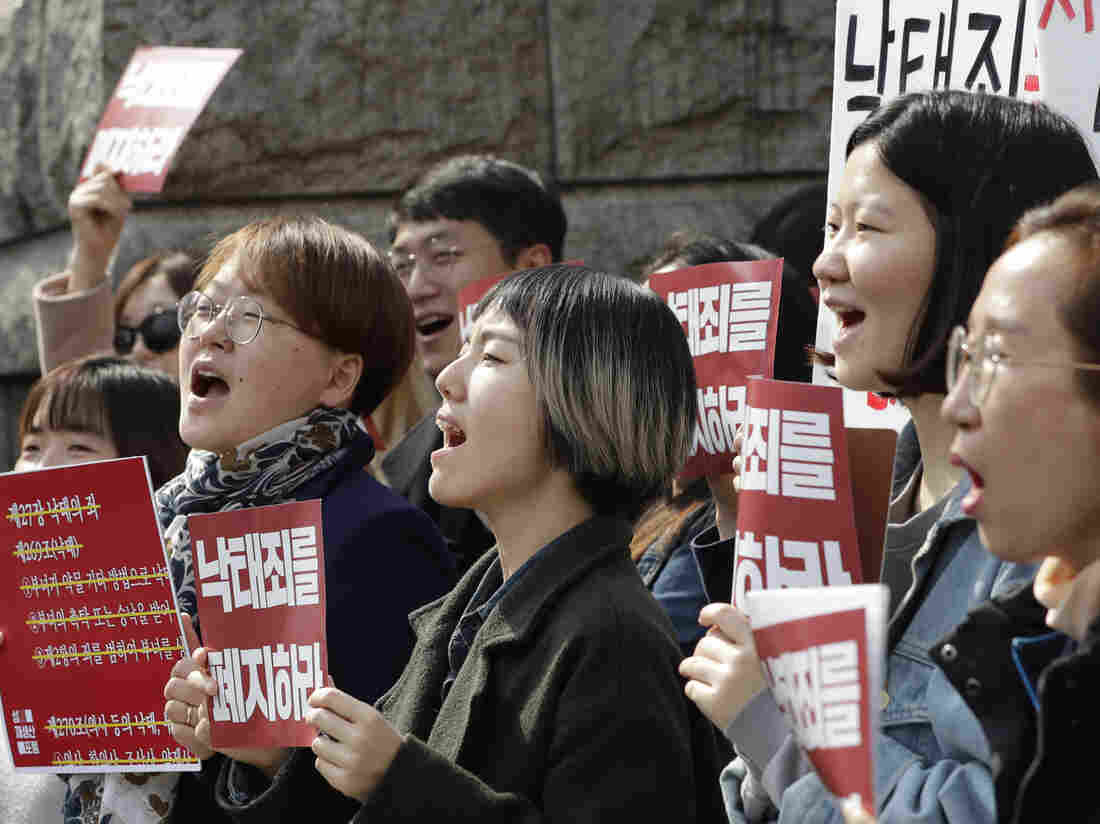 Protesters celebrate after listening to a judgment during a rally demanding the abolition of South Korea's abortion law outside of the Constitutional Court in Seoul on Thursday. Lee Jin-man/AP hide caption 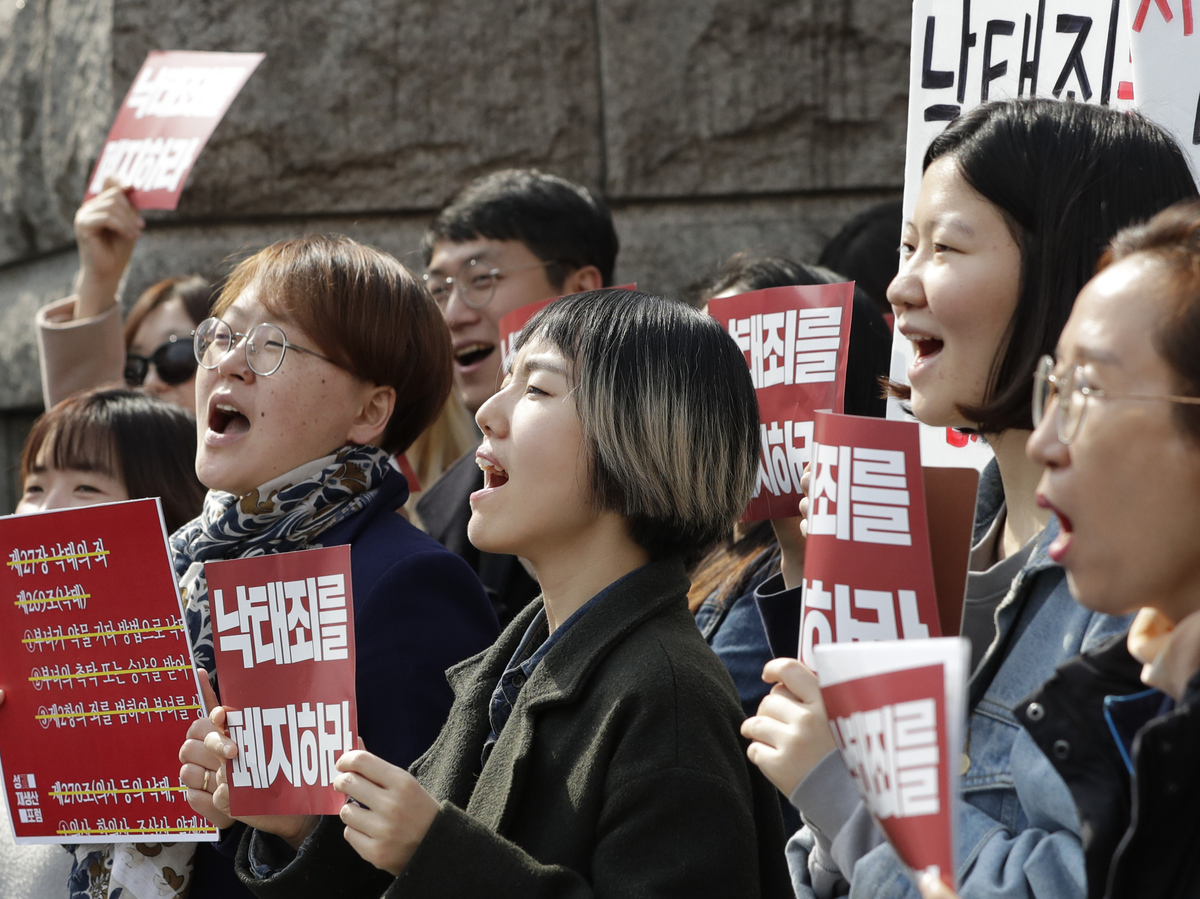 Protesters celebrate after listening to a judgment during a rally demanding the abolition of South Korea's abortion law outside of the Constitutional Court in Seoul on Thursday.

A euphoric smile spread across the face of an activist, who goes by the name Jisoo, as she announced in a trembling voice, "It's ruled unconstitutional!"

After the announcement of the ruling, an uproarious cheer and cries of relief broke out from a couple hundred protesters outside the courthouse. A coalition of women's rights activists, legal and medical experts and feminist scholars declared victory, after years of campaigning for the laws' repeal.

Hundreds of others protesters, many from Christian evangelical groups, opposed ending the ban.

South Korea, where Catholics and Protestants outnumber Buddhists, is one of several countries in Asia that either ban abortion outright or limit it — including the heavily Catholic Philippines, predominantly Buddhist Laos and Muslim-majority Bangladesh.

Under Articles 269 and 270 of South Korea's Criminal Act, women who intentionally end pregnancy are punishable with up to a year in prison, and doctors who perform abortion can face up to two years in jail. Only a few exceptions are allowed, such as pregnancy resulting from rape or incest, serious threat to a mother's health, or the expectation that a child will be born with severe deformity.

The Constitutional Court's ruling on Thursday said those laws infringe on the basic rights of pregnant women by essentially forcing pregnancy and childbirth. The decision requires South Korea's legislature to change the law by the end of next year.

Enacted in 1953, the abortion ban went largely unenforced. Abortion was widespread and condoned for decades under government-led "family planning" schemes. As recently as 2017, according to the estimate of the Korea Institute for Health and Social Affairs, nearly 50,000 abortions were performed, but only 62 incidents among them led to indictment, and 13 to punishment, according to the prosecutor's office.

Nonetheless, South Korea has been reluctant to reverse or scale back the ban. When a midwife charged with performing an illegal abortion filed an appeal in 2012, the Constitutional Court's 4:4 decision allowed it to stand. Two thirds of the judges are needed to effect a change.

In Thursday's ruling of the nine-judge panel, just two justices endorsed the constitutionality of the law. While recognizing the government's responsibility to protect the right to life of a fetus, the majority said the anti-abortion law "excessively limits [a] pregnant woman's right to self-determination" and "violates the principle of balance by awarding unilateral and absolute superiority to protection of [a] fetus's life."

The opinion of the South Korea public on abortion has also shifted substantially as the country has gained economic clout. A recent Gallup Korea poll showed that 45 percent of respondents consider abortion murder, compared to 78 percent in 1994. Another poll by Realmeter, a public opinions research company, found in 2017 that 51.9 percent of South Koreans support abolishing the law, up from just 33.6 percent in 2010.

Many activists on both sides outside the Constitutional Court on Thursday acknowledged that the court's ruling opens another chapter of the long fight, as the National Assembly works out the details of legislative and systematic changes.

But even if the assembly doesn't make changes to the current law, it will be automatically nullified in 2021, the court's ruling dictates.