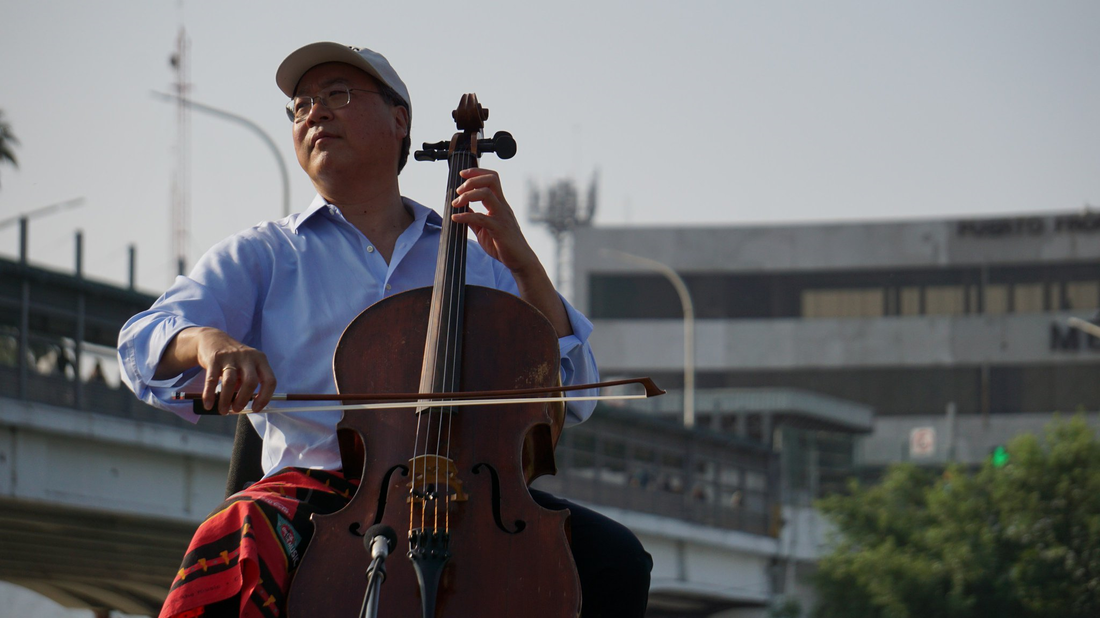 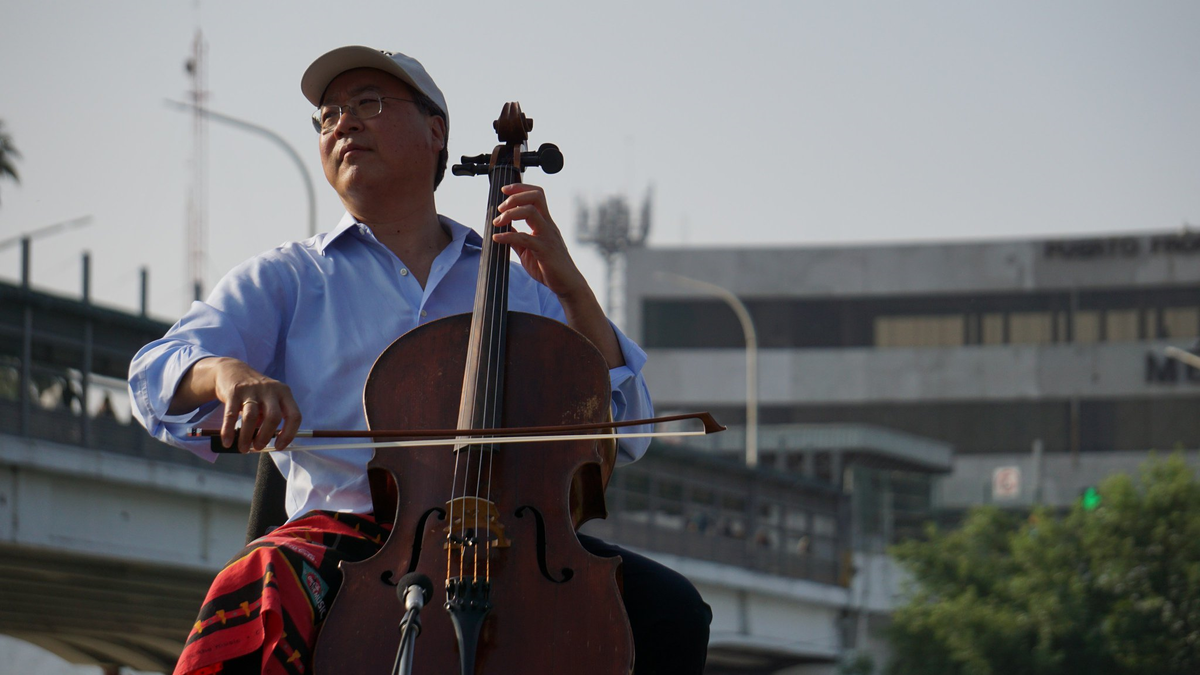 Yo-Yo Ma brought his Bach Project to the sister cities of Laredo, Texas, and Nuevo Laredo, Mexico. The project uses the music of Johann Sebastian Bach to explore connections between cultures.

World-renowned cellist Yo-Yo Ma brought his Bach Project to the sister cities of Laredo, Texas, and Nuevo Laredo, Mexico, on Saturday. The "Day of Action" featured performances in both cities to celebrate the relationship between the two communities.

Ma played the opening notes of Johann Sebastian Bach's Suite No. 1 for Unaccompanied Cello in a park next to the Juarez-Lincoln International Bridge, one of the crossings that connect the U.S. and Mexican cities.

The Laredo performance took place on an elevated stage before an audience of officials and onlookers. Concerns over possible rain disappeared as Ma began to play in the morning sunshine.

It was part of his Bach Project, which uses the composer's 300-year-old music to explore connections between cultures. The project has taken Ma all over the world. On Friday it brought him to Laurie Auditorium at Trinity University in San Antonio, and on Saturday it brought him to Laredo, within a few feet of the Rio Grande.

"As you all know, as you did and do and will do, in culture, we build bridges, not walls," he said. After his performance, he gestured to the bridge to his right. "I've lived my life at the borders. Between cultures. Between disciplines. Between musics. Between generations."

Mateo Bailey, 16, lives in San Antonio. He grew up in El Paso, plays the cello and is the son of Grammy Award-winning cellist Zuill Bailey.

He felt Ma's performance had special significance "because this event is on the border. And I'm half-Mexican as well as half-American ... and for him to connect cello with what's happening in the world is like, it's a cultural bridge that was just built, and it's amazing."

Betty DeLeon praised the cellist for visiting. "It speaks of him. What a wonderful human being to take his time and come to our tiny little town to share the importance of culture. On the border. It's amazing. It's a privilege to be a part of this."

Pete Saenz, mayor of Laredo, said that despite the river and despite the bridge spanning overhead, the border is one community.

"And although people may perceive us as being so different, we're not," he said. "Here the border is extremely unique in that it's one organism. I've always said we're interdependent, interconnected. We survived because the border side survives, especially here on the border area."

This Day of Action also included a performance in Plaza Juarez in Nuevo Laredo, a few blocks from the international crossing. Its overall theme was an appreciation for the connections between the two cities, which see themselves as one community.

Ma was originally scheduled to play on the actual bridge, which would have been briefly closed. The planned closure would have been a collaborative effort between officials and residents on both sides of the border. But the traffic and pedestrian delays that the performance would have caused convinced officials to move the locale to the Tres Laredos Park right next to the bridge.

The famous cellist has studied and performed the German composer's music for six decades.

In 2018, Ma set out on a two-year journey to perform Bach's six suites for solo cello in 36 locations around the world. He believes the music has an ability to connect cultures and humanity from all walks of life. He said that this is what motivated him to launch the project.