Accessibility links
Interview: Sarah Blake, Author Of 'Naamah' Sarah Blake's new book retells the biblical flood from the point of view of Noah's wife — who never has a name in the Bible, but who nevertheless helped humanity (and all those animals) survive. 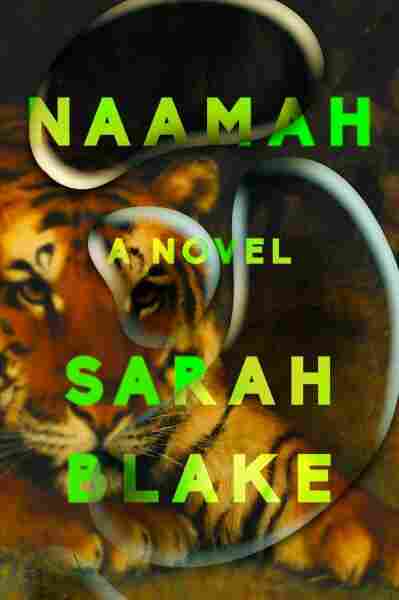 "And God saw that the wickedness of man was great in the Earth."

So begins the story of the flood in Genesis — God's decision to restart creation by sparing two of every animal, and just one family from the deluge.

The ark carries the family of Noah and his sons, plus a pair of every living creature. It also carries Noah's wife, who is not named in the Bible, but who goes on to become the matriarch of all future generations.

Sarah Blake's new book Naamah gives that woman a name, a story, and a purpose. "What really struck me about Noah's wife was the way that she was so stuck," Blake says. "I was writing the book at a time when I was feeling very stuck." She was re-reading Genesis, she adds, and she was startled to realize just how long the voyage lasted. "Really, it's over a year that they're on the ark, just looking out over water. It's months and months and months until even the very tops of mountains appear. I was just overwhelmed by the idea of just looking across all the water and just having no idea what was to come for Naamah and her family."

On the dirty, smelly reality of life on an ark full of animals

It seemed like a totally terrifying prospect to me, to not only know that you had to keep them alive because you were the only reason life would continue post-flood, but then also that they were dangerous ... you know, even if you go to a farm that's lovely, it still smells. ... And I'm really interested in biology and bodies — you know, as much as we are shedding and getting oily, so are the animals, but she has to not only take care of herself, but take care of all of them and their super-varied needs.

On writing a lot of sex on the ark

On Naamah's conflicted relationship with God

I think she's so flummoxed by how they've gotten into this position, and why her, and why not others, and what it could mean, all these conversations that he seems to have with other people, and not with her — and yet to keep putting her in these positions of godliness, where she's in charge of everything, and she has to make sure things survive, and yet she doesn't get to hear his reasoning, or know him. So I think she's just coming from a point of utter frustration at the start of the book, and then she's learning how to deal with that over the course of it.

On writing the weirder, more supernatural parts of the book

Any students I've had, they'll tell you that's kind of my go-to phrase, is "make it weirder." I think weirdness is where you get into why we differ, person to person. If you say, "what does thunder sound like?" everybody will say the same first few words. But if you say, "OK, make it more specific, make it weirder," then everyone starts to differ. Everyone's very unique perspective as a person comes out as you get towards weirdness.

This piece was produced for radio by Dana Cronin and Barrie Hardymon, and adapted for the Web by Petra Mayer.