Accessibility links
Julian Assange Is Under Arrest. Will WikiLeaks Continue To Be Relevant? Julian Assange probably won't have access to his laptop computer for a while, but that may not mean that the organization he created won't still release secrets and, potentially, affect elections. 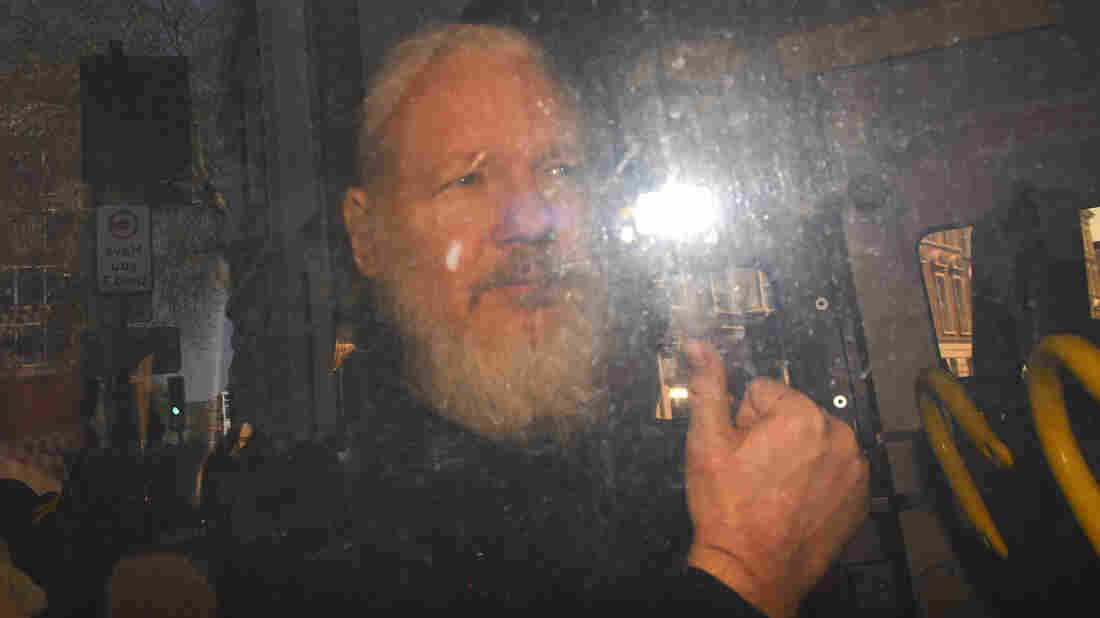 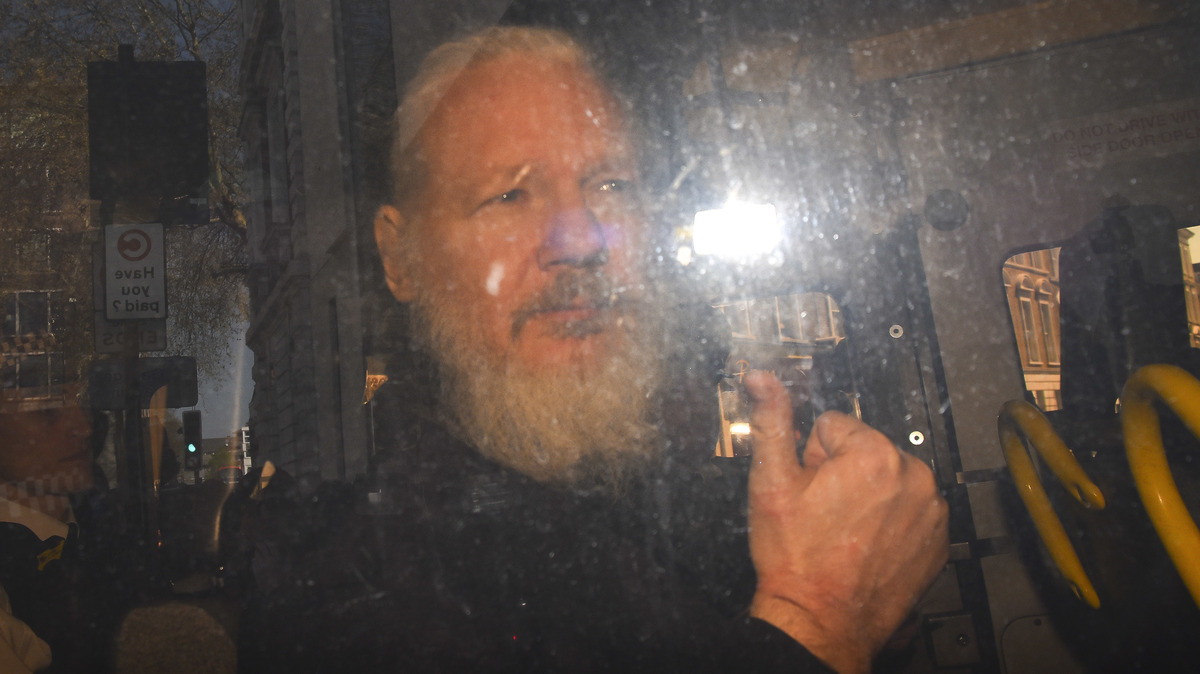 WikiLeaks founder Julian Assange makes his way into the Westminster Magistrates' Court after being arrested April 11 in London.

What does the arrest of Julian Assange mean for the role that WikiLeaks might play in future election interference targeting the United States?

National security officials say they're confident that foreign activity will continue through 2020, but no one knows how familiar it may look, how much it may evolve — or whether a WikiLeaks without Assange could play a similar role.

The answer, cyber-observers say, is probably yes ... but.

WikiLeaks, by its account, is bigger than Assange, claiming more than 100 staffers around the world. But he is its best-known staffer and public face, and he has been taken out of the loop for now.

Assange would need to be extradited from the United Kingdom to the U.S. to face the charges. That process, and then his eventual trial, could mean months or years during which he would be absent from the workings of the site he launched.

Even so, the degree to which the arrest of Assange renews attention on the legacy organization, rather than on just him, may increase its profile, Williams said. He likened it to the way Barbra Streisand wound up drawing more attention to her beachfront mansion by trying to suppress photos of it.

"Taking him out of play may actually have the Streisand effect, where more people are now aware of [WikiLeaks] than would have been before," said Williams.

Even so, more people than ever also may become aware that WikiLeaks served in 2016 as a fence for the Russian military intelligence agency GRU. The agency used cyberattacks to steal data from Americans, which it then gave to WikiLeaks to release based on its reputation as an independent arbiter of secrets.

The operatives used WikiLeaks to release troves of embarrassing emails: a data dump that led to the resignation of Democratic National Committee Chairwoman Debbie Wasserman Schultz and a dramatic shift of media focus for much of the 2016 presidential race.

American intelligence officials have been clear that efforts to affect elections in the U.S. have not stopped.

"We assess that foreign actors will view the 2020 U.S. elections as an opportunity to advance their interests," Director of National Intelligence Dan Coats told a Senate committee this year. "We expect them to refine their capabilities and add new tactics as they learn from each other's experiences and efforts."

The kind of phishing attacks that led to those data breaches remain among the most popular forms of cybertactics, and there were attempts to use them in 2018 too.

WikiLeaks has long been seen as the gold standard for releasing secret information. The site has built a broad reach, worked with many legacy media organizations and generally made a strong effort to protect sources, Williams said.

The organization may even use Assange's arrest as a way to raise money, said David Fidler, a cybersecurity expert at the Council on Foreign Relations.

"Those who support what WikiLeaks has done in the past will take [this] as a call to arms, as a rallying cry, that it ought to double down on the mission that Assange and the other founders of WikiLeaks originally created," Fidler said. "I could see them using Assange as a sort of whistleblower or martyr figure to increase the scale of what they're trying to do."

WikiLeaks still retains a lot of goodwill around the world, based on the revelations that came from those documents, which may motivate fellow travelers into those same kinds of disclosures in the future.

But because of WikiLeaks' real or perceived ties to the Russia government, both Fidler and Williams said that if an adversary wanted to push information into American discourse — and have it taken seriously leading up to the next election — it might use a different route from WikiLeaks.

That could mean creating a new avenue, like Russian operatives tried to do with the website DCLeaks, or using established social media or other websites.

"I probably would avoid WikiLeaks and likely use another distribution method," Williams said. "What that is, is still yet to be determined."

Robert Mueller's Russia Report Is Coming Thursday. Here's What You Need To Know

How Much Did WikiLeaks Damage U.S. National Security?