Accessibility links
Colorado's Oil And Gas Regulators Must Now Consider Public Health And Safety After years of tension over expanded oil and gas drilling, including a deadly explosion that galvanized critics, the state is moving to tighten regulations on the booming industry. 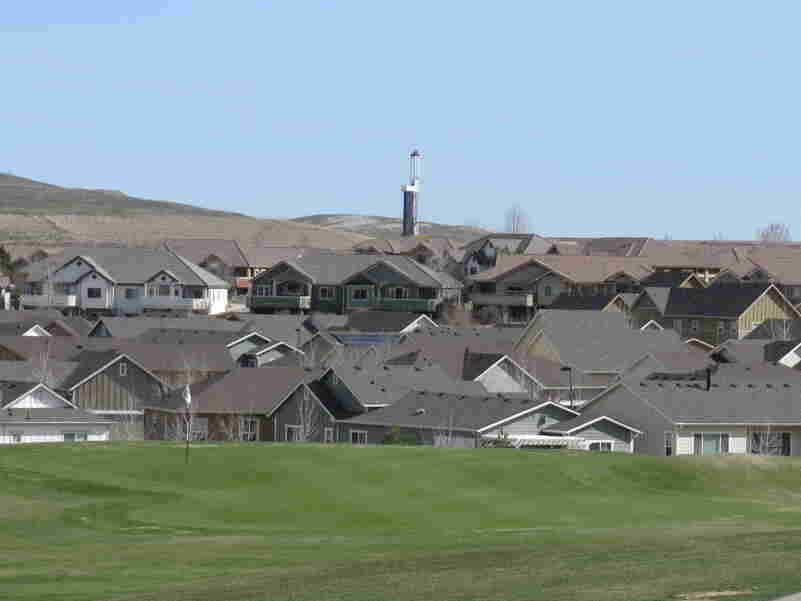 A drilling rig at work near a residential neighborhood in Erie, Colo. An overhaul of oil and gas regulations will give localities more control over where drilling can happen. Grace Hood/CPR hide caption 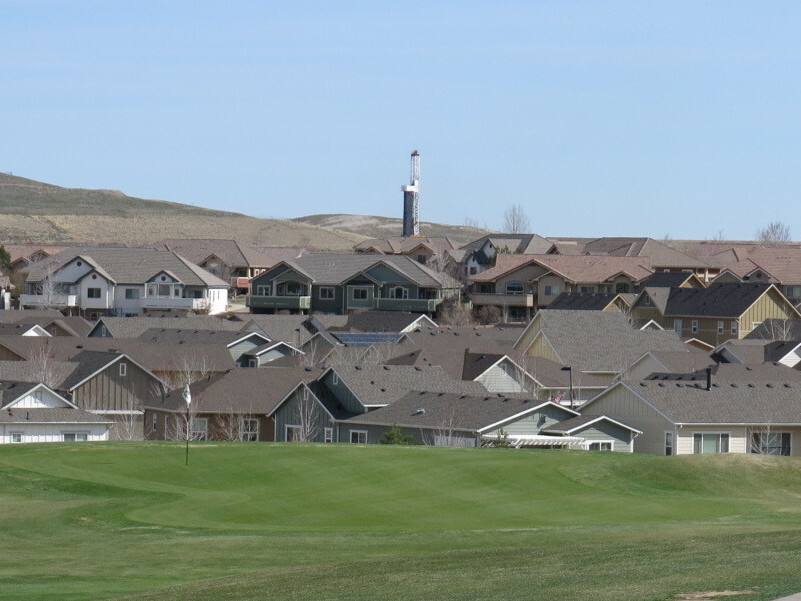 A drilling rig at work near a residential neighborhood in Erie, Colo. An overhaul of oil and gas regulations will give localities more control over where drilling can happen.

After years of tension over expanded oil and gas drilling, including a deadly explosion that galvanized critics, Colorado is moving to tighten regulations on the booming industry. In a sweeping overhaul the governor is expected to sign, regulators will now have to consider public health, safety and the environment in decisions about permitting and local land use.

The state must still hammer out the details of how to implement the new law over the next year. But the impending changes are already fueling hope for some, and fear for others.

"We just had our largest order from an oil and gas worker," says Matt Smith, owner of Daddy's Goodness BBQ outside Greeley, as the lunch-hour rush crowded around the window of his bright red food truck.

Greeley is the epicenter of Colorado's oil and gas development. Weld County is where 90 percent of Colorado's oil is pumped, and the region hosts oil companies, secondary companies that truck water and supplies to well pads, and companies like Smith's that depend on business from the oil fields. Many who live in Greeley oppose the changes. 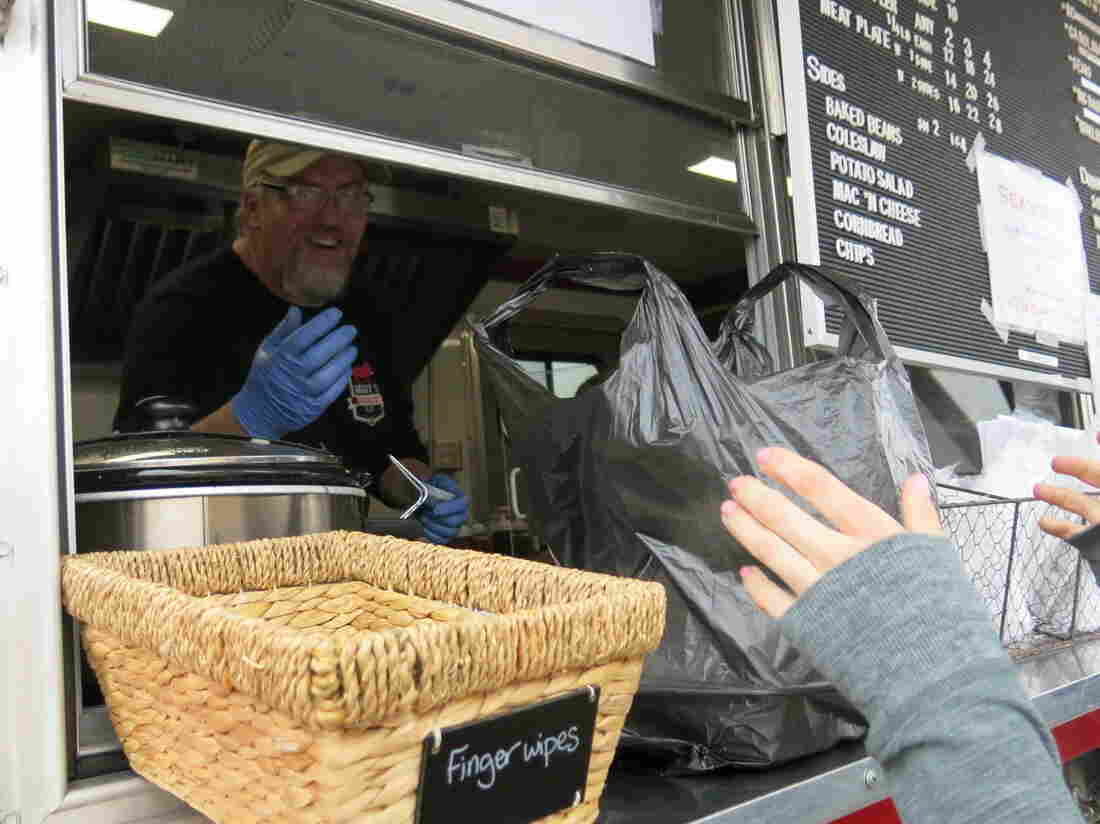 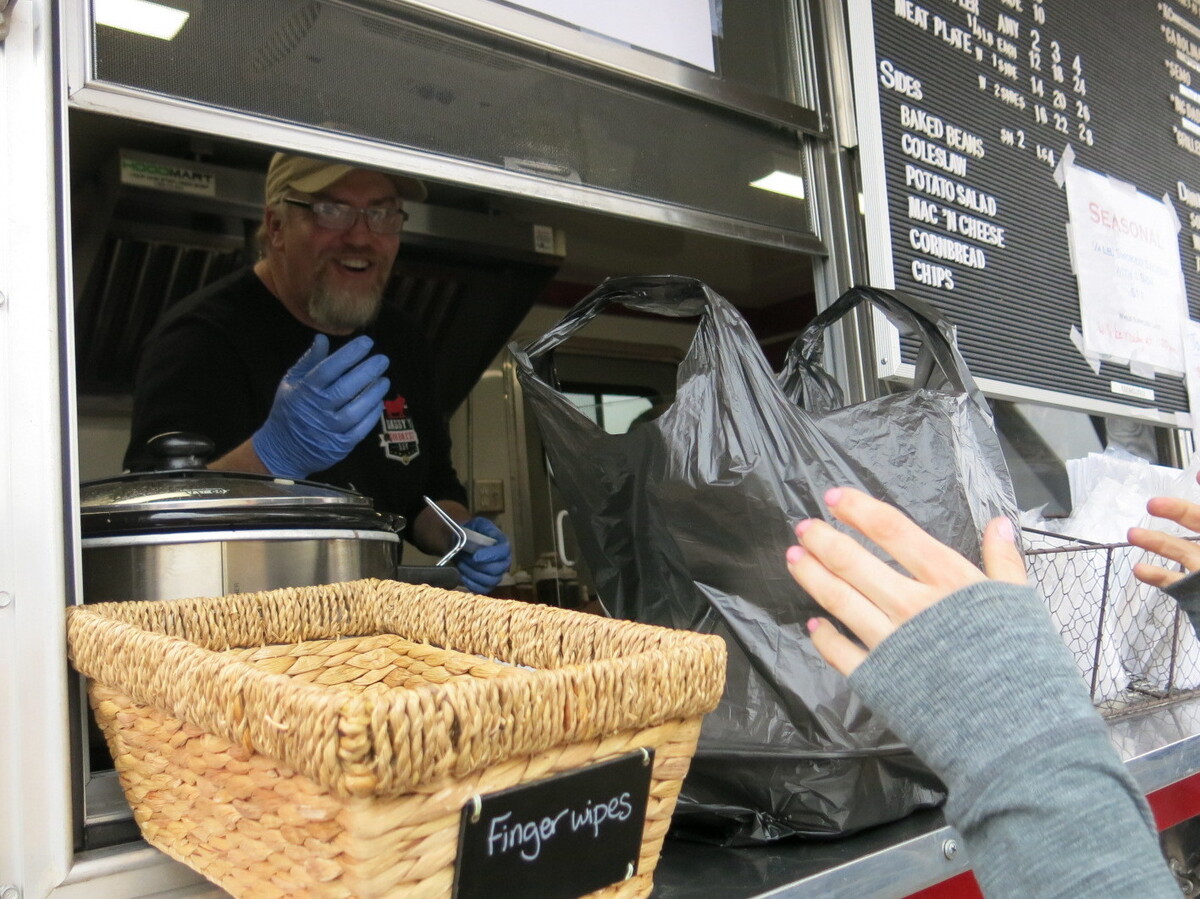 "There's a lot of anger, but I think beneath that anger is a lot of fear," says Barbara Kirkmeyer, Weld County commissioner. "A lot of people are scared of what can happen here."

The new law would give cities and counties more control over where oil wells go. It would also shift the state's mandate from fostering oil and gas development to regulating it, with a focus on the environment and people's safety. The Colorado Oil and Gas Conservation Commission will get new members with environmental and public health expertise.

The legislation also launches rule-makings in half a dozen areas, including flow lines, and limiting potent methane leaks from oil and gas infrastructure.

Jeff Robbins, director of the state's Oil and Gas Conservation Commission, says it will continue to process permits even as it implements the new rules.

More local control over where drilling can happen

Perhaps the biggest shift will be giving local communities more control in regulating oil and gas development. South of Greeley, residents of Erie, Colo., have been pushing for that as they've watched multiple drilling projects come through their neighborhoods.

"The first time when they were close to us and drilling, you could actually feel the vibration in our house," says Robin Goldsmith, as she loads her aging terrier into her SUV.

That first well pad was about 1,000 feet away. That's more than double the distance from homes that the state requires, so there wasn't much she could do to stop it.

"Hopefully [the new law] will make a difference, because in this particular area — in Erie, in Broomfield — there is a ton of activity going on," she says.

The push for more restrictions gained traction two years ago. That's when two people died after a home explosion not far away from Erie, in Firestone. An underground line from a well had leaked gas.

Goldsmith does not share concerns that the new law will prompt an economic slowdown for the industry. "That's the oil and gas companies making sure that their investments are protected, as opposed to the good of the people," she says. 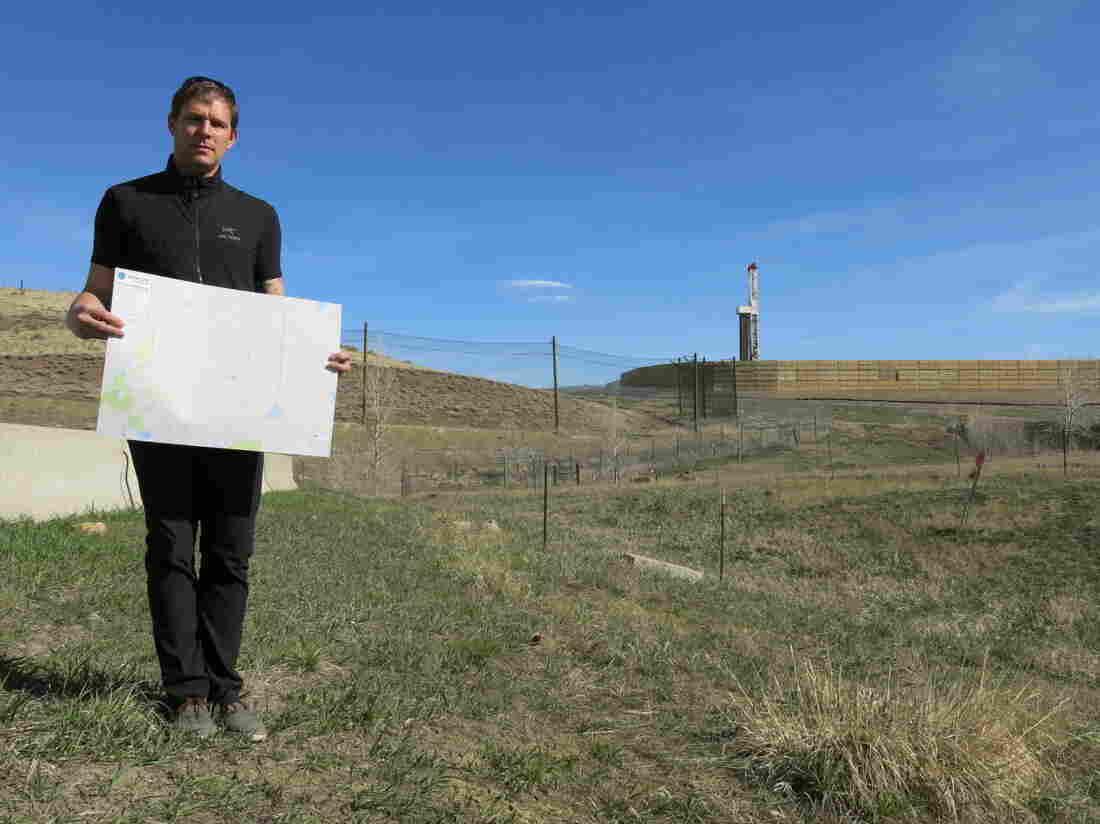 Christiaan van Woudenberg, on the Erie Board of Trustees, ran against fracking. He hopes a sweeping regulatory overhaul will let him rewrite local laws to push oil wells farther from homes. Grace Hood/CPR hide caption 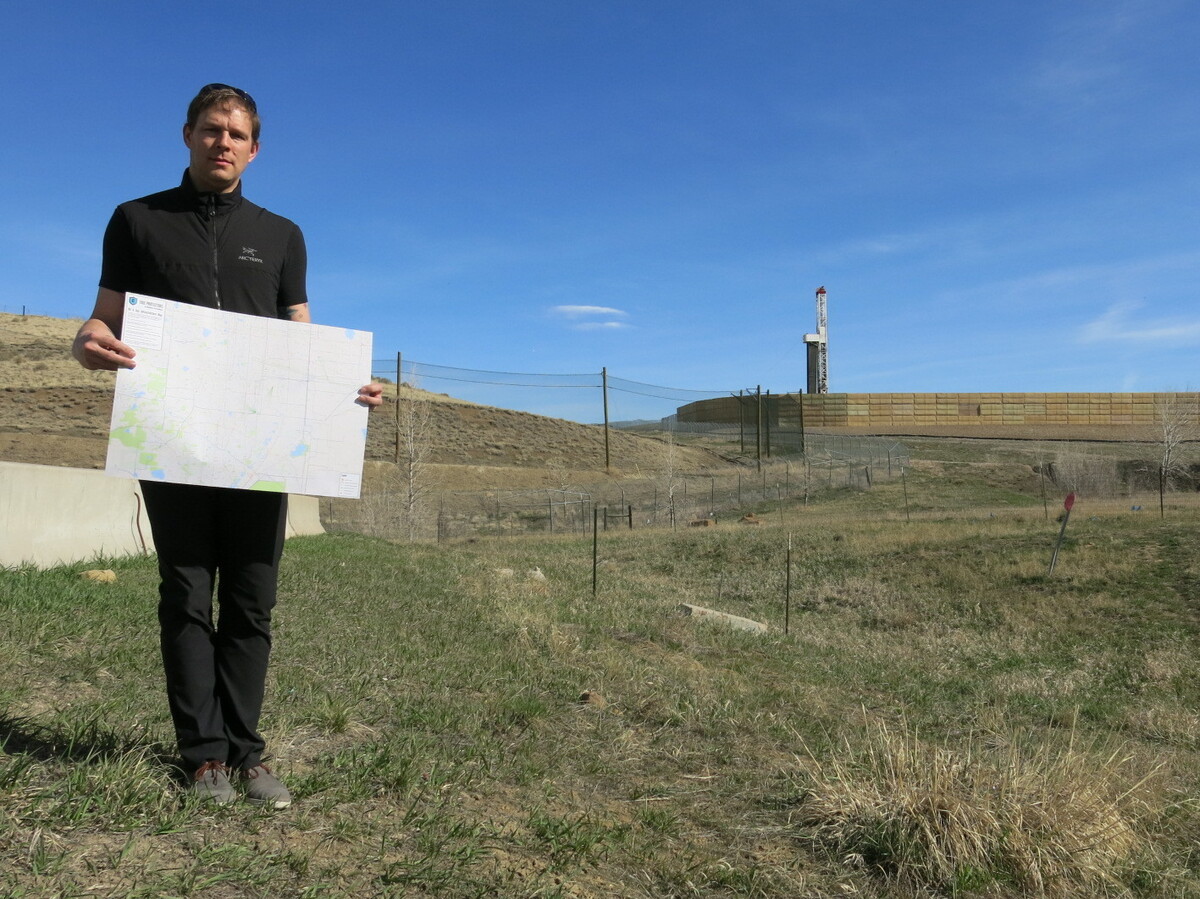 Christiaan van Woudenberg, on the Erie Board of Trustees, ran against fracking. He hopes a sweeping regulatory overhaul will let him rewrite local laws to push oil wells farther from homes.

Legal pressures and what comes next

Ultimately it will be up to towns, cities and counties to decide if they want to tackle new rules on oil and gas development. In Erie, town trustee Christiaan van Woudenberg ran for office on a platform against fracking and plans to start the process soon. But he says it will be tricky.

He worries about a last-minute change to the legislation favored by industry. It restricts communities to doing only what's "necessary and reasonable" to protect health and safety.

"So lawyers will decide what that means," van Woudenberg says. "And the problem is that these oil and gas companies have access to resources magnitudes of orders beyond a town council like Erie."

Some worry that imbalance could prevent communities from tackling rule-making altogether. Anne Lee Foster, of the environmental group Colorado Rising, says local officials may be deterred "for fear of being litigated and not having the resources to properly defend their communities."

Last fall, Colorado Rising supported a ballot measure that would have imposed a 2,500-foot distance between oil wells and homes, but it failed to pass.

The group says it will watch closely to see how the new law plays out. If community controls are stymied by industry in the courts, Foster says, Colorado Rising will float a statewide ballot issue in 2020, trying yet again to get even more local control.

But first, opponents of the latest restrictions on oil and gas development may have their shot at a redo. They're already campaigning for a ballot measure to repeal the law.