Accessibility links
In 'White' Bret Easton Ellis Falls Victim To The Behavior He Criticizes It's possible to seriously consider the left's preoccupation with public shaming, its increasingly repetitive vocabulary of resistance and privilege — and do it well. But that's not been done here. 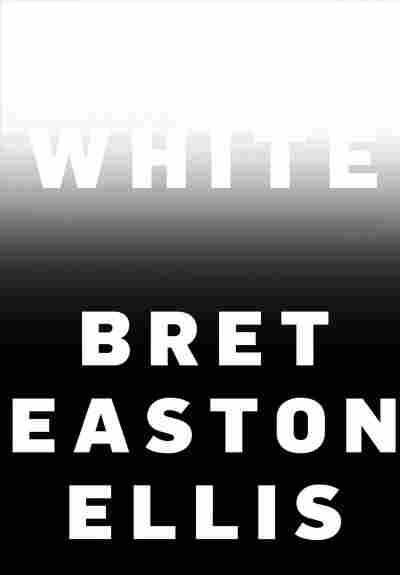 "Sometime in the last few years," American Psycho author Bret Easton Ellis writes in White, his aggrieved new book about political correctness, he began feeling a near-constant sense of "disgust and frustration that was all due to the foolishness of other people."

Ellis's log of personal slights include the following: because of his provocations on Twitter, he was disinvited from a GLAAD gala. The movie adaptation of his novel Less Than Zero had "way too much smiling," which detracted from the gritty realness of the original (and, by extension, illustrated the bland and neutered quality of modern art and culture). Molly Ringwald was offended when he asked her questions about sex on his podcast. People don't get his jokes. He is pilloried on Twitter. His boyfriend is a whiny millennial socialist. And a series of expensive dinners were ruined by his companions' insistence on complaining about Donald Trump.

Most of us carry around an invisible rosary of resentments to fiddle with in petty moments; most of us also know to keep these grudges private. So there is a kind of magnificent solipsism involved in printing them in a book and insisting they explain the decline of American culture.

Once fairly liberal, Ellis believes that social media and the sanctification of victimhood have in the last few years transformed liberals, en masse, into fascists, children and, occasionally, fascist children. The left is now the domain of the "overly sincere, the virtue signaler, the dumb-a--, the literal-minded, the humorless." He considers extreme liberal rhetoric inflammatory and hysterical: comparisons of Trump to Hitler are "repugnant," he writes.

That seems fair enough — but does he think his constant invocations of fascists and fascism are somehow different? These moments of hypocrisy occur so frequently that the reader begins to suspect Ellis simply has a different set of standards for himself than for anyone else. He has thoughts and opinions; everyone else has biases and agendas. His trolling is fun; anyone else's is a sign of cultural decline. When he is criticized it represents the degenerative power of social media. When opponents don't like his criticism, it is because they are crybabies.

You get the sense that Ellis expects, even wants, to be attacked for this book. It will confirm his view that, as a white man, he is unwelcome in American culture: "these social media critics wanted to imply my whiteness was an ideological error, that my comfortable unawareness was an indisputable problem, yet I'd argue that living without a direct experience of poverty or state-sponsored violence, growing up without ever being presumed a guaranteed threat in public places and never facing an existence where protection is hard to come by don't equate to a lack of empathy, judgment, or understanding on my part and don't rightly and automatically demand my silence."

It's true his advantages don't preempt empathy. But he also doesn't seem to offer any. It seems Ellis thinks his book will be pilloried because he is white and privileged, but I suspect it is his simple cruelty that will do the trick. Take his claim, for instance, that Tyler Clementi, the Rutgers student who killed himself after his roommate recorded him kissing another man, was overly sensitive, the victim of a "harmless freshman dorm-room prank." Or his dark hints that women volunteer for their own subjugation: "[Charlie] Sheen's supposed propensity for violence against women hadn't hurt his popularity with female fans either, and if anyone wants to know what that means, then that's a story for maybe fifty other books." Moments like these, along with the clumsy provocation of the title, show Ellis' hand.

In White, I had hoped to find a genuine consideration of the left's preoccupation with public shaming, the increasingly repetitive vocabulary of resistance and cancelation, privilege and problematization. It's eminently possible to do this seriously and well: Consider, for instance, Jon Ronson's journalistic treatment of public shaming, So You've Been Publicly Shamed, or the unexpected and perceptive essays of the critic Meghan Daum. The difference is that these writers approach their subjects sincerely and with curiosity. Ellis's work is rooted in personal grievance: He can't escape the backlash cycle long enough to figure out what he actually believes or cares about. All he knows is that you care far too much.

At one point, Ellis admits that he is engaging in the behavior — ad hominem attacks, claims of victimhood, etc. — he criticizes so vehemently on the left. But he suggests that this only proves his point about the decline of discourse. "I couldn't help it," he writes. The culture made him do it. In the end, for a chance of winning an argument against imaginary foes, Ellis is willing to concede that he is no longer capable of thinking for himself.