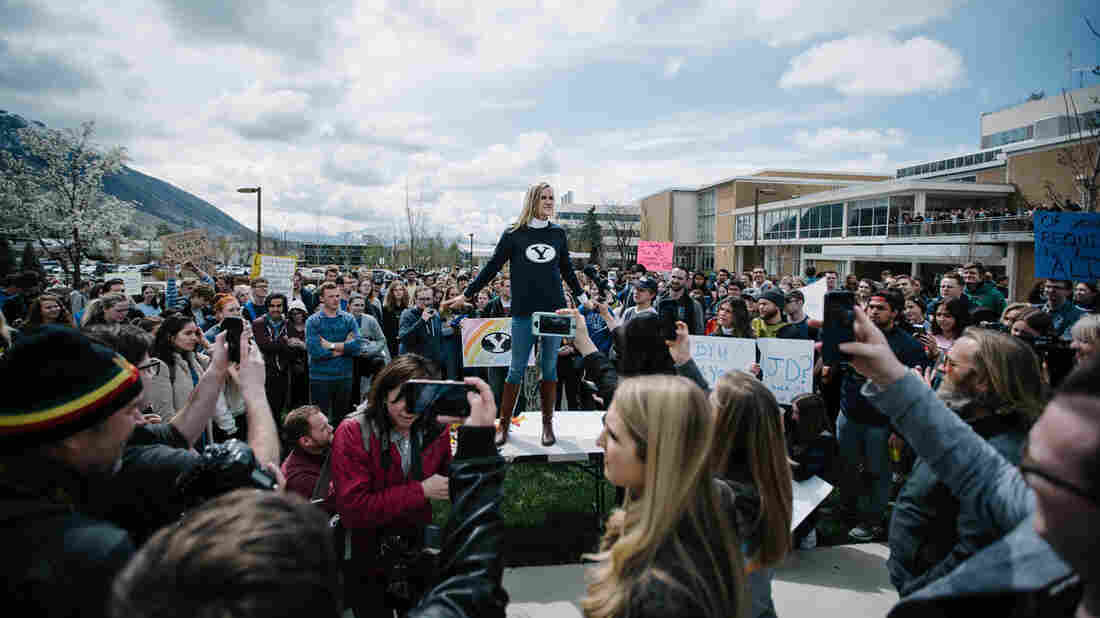 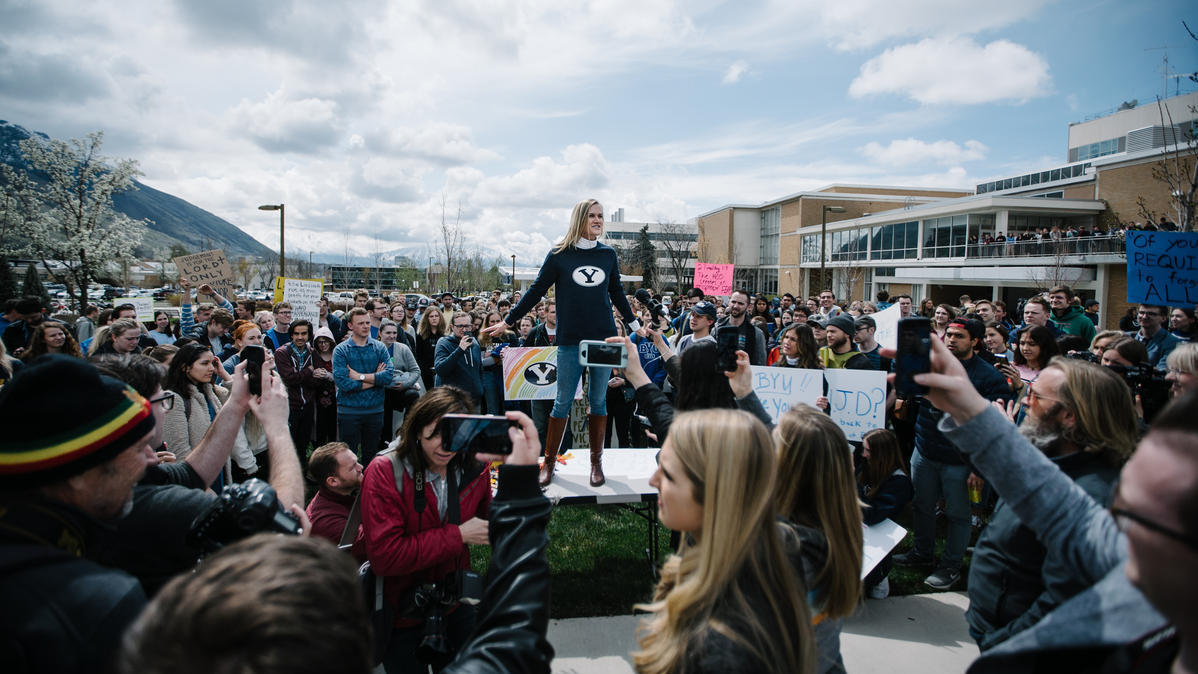 Sponsored by the Church of Jesus Christ of Latter-day Saints, Brigham Young University is known for its adherence to church teachings and for its strict Honor Code, which regulates everything from beards to premarital sex. Student protest is uncommon.

But last Friday, 300 gathered at the school's flagship campus to question its Honor Code Office, chanting, "God forgives me, why can't you?"

Students allege that the university is mistreating victims of sexual assault and harassment, especially women and LGBTQ students.

They say the administration has used the code against victims, and some say they have been punished for reporting their own sexual assaults.

As a result of earlier student concerns in 2016, the university separated the Honor Code Office from the Title IX Office, which ensures women's equal treatment on campus. In addition, BYU added an amnesty policy under which anyone who reports an incident of sexual misconduct, including a victim, will not be disciplined by the university for any related honor code violation occurring at or near the time of the report. But students claim there are still problems.

Students also allege administrators have created a climate of snitching and tattling. They say officials hand out severe consequences for minor infractions, leaving students who need support to improve their lives feeling dejected and alone.

Among those leading the recent protest was freshman Grant Frazier, who says he wants less punishment and more compassion. "The Honor Code, as many of you may know, was made by students for students. So it needs to be reformed by students," Frazier shouted as he revved up demonstrators.

Sidney Draughon, a BYU alumna who started the widely read Instagram account Honor Code Stories after her own experiences with the code, flew in from New York for the event.

We believe in the Gospel and we think the Honor Code Office has forgotten that. And it's our job to remind them.

Draughon, a 2018 graduate who now works in finance, says she was called into the Honor Code Office at the end of her freshman year for an old photo and a tweet from high school. She was called in a second time during her senior year over another allegation, which delayed her diploma.

Standing on a table between the law library and the student center, she told students their concerns matter.

But not everyone is so sympathetic.

During a moment of silence for LGBTQ students who have been mistreated by the Honor Code Office, 22-year-old Dayson Damuni interrupted, shouting: "If you don't like the Honor Code, go to a different school!"

"The majority of students are in favor of the Honor Code," he said. "I mean, they chose to come to this university ... and then [to] say that they're oppressing you does not make a lot of sense."

The director of the Honor Code Office declined to be interviewed. But he said in a statement that the office has met with more than 200 concerned students. He added that only about a dozen of the school's 33,000 students are expelled each year for Honor Code violations.

But protest leader Frazier says the school should be open to change, especially because of its affiliation with the church and what it teaches.

"We here at the university believe in the atonement," Frazier said. "We believe in the Gospel and we think the Honor Code Office has forgotten that. And it's our job to remind them."