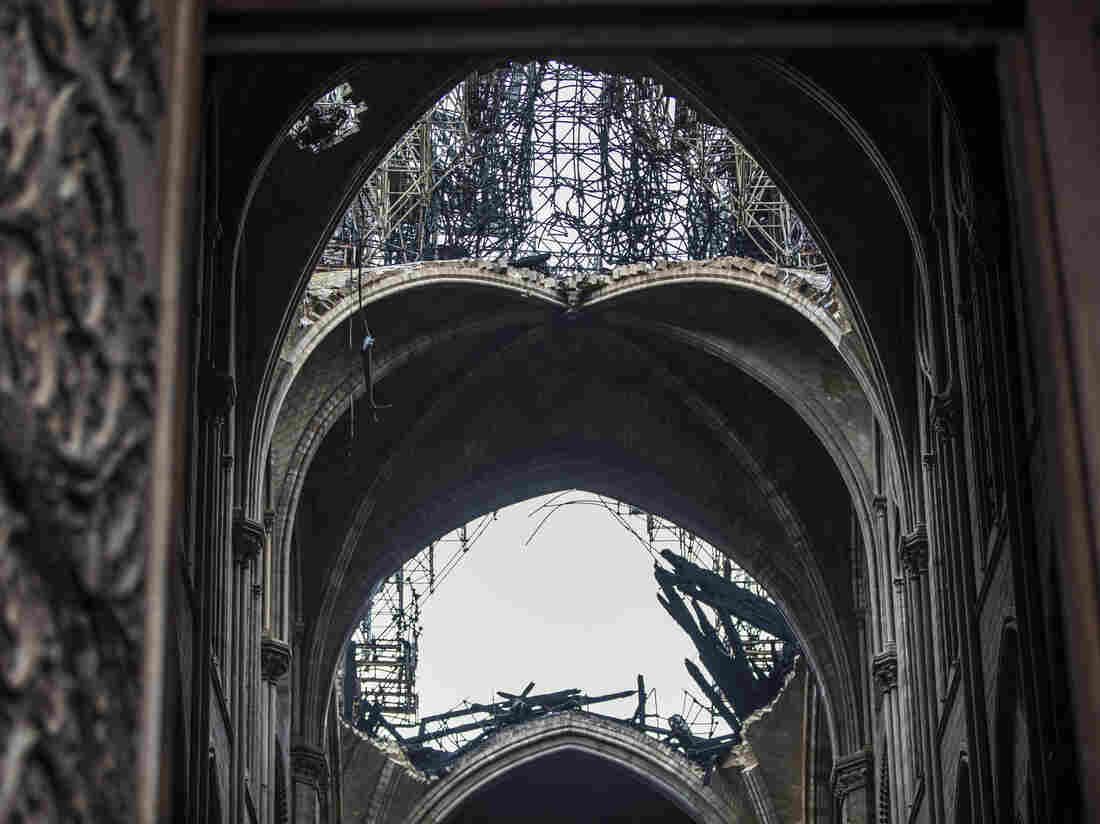 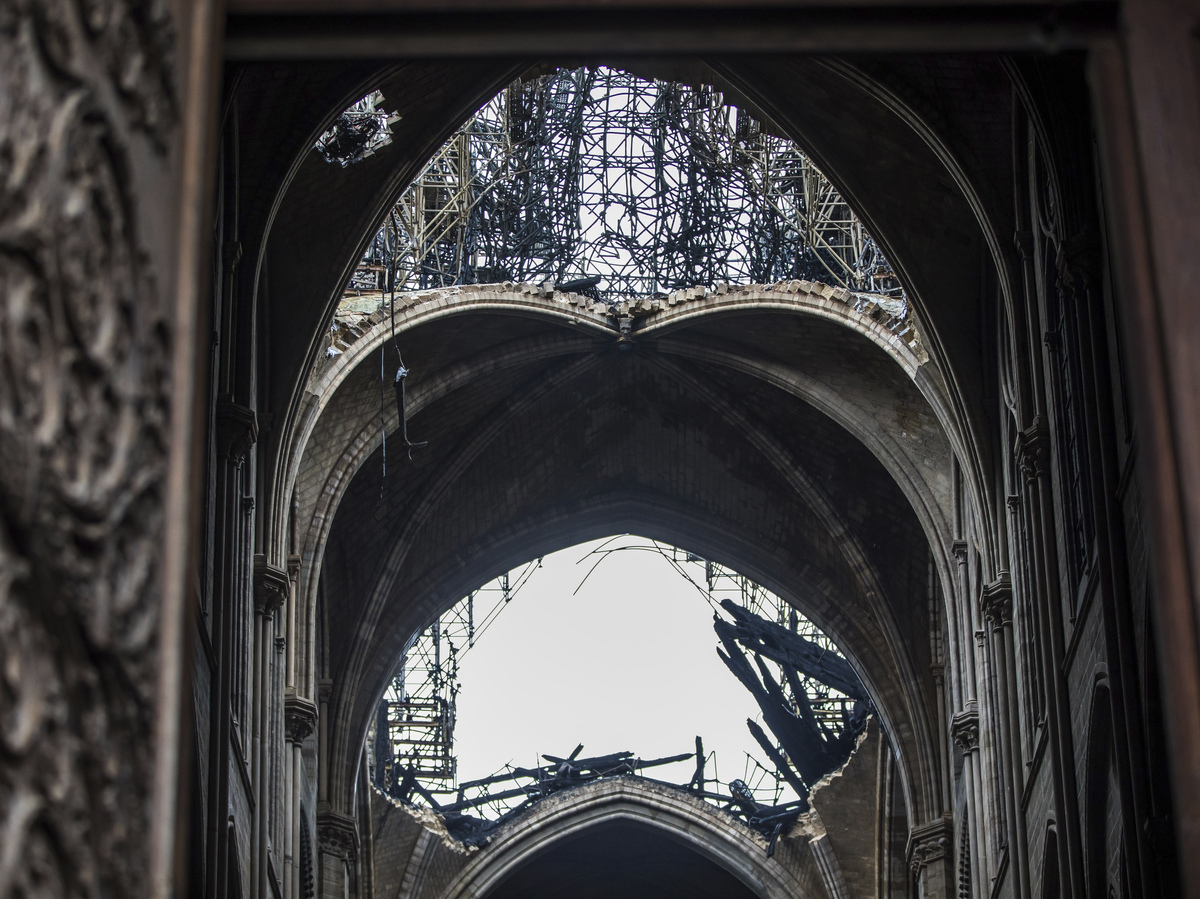 Damage seen from inside Notre Dame Cathedral in Paris on Tuesday. President Emmanuel Macron has set a five-year goal to rebuild the cathedral after Monday's blaze.

Pledges of hundreds of millions of euros are rolling in from wealthy French and international donors to pay for the planned reconstruction of the Notre Dame Cathedral damaged in Monday's dramatic fire.

The promised donations were announced Tuesday as fire investigators continue to assess the damage to the architectural landmark built over 850 years ago.

The outpouring of support was a marked contrast with lackluster fundraising efforts before the fire, when cathedral backers struggled to raise money for basic repairs. The idea was even floated last year to charge admission to the cathedral, but the proposal was quickly rejected by French bishops.

"Isn't it interesting how obvious it's become that Notre Dame is so many different things," said Bob Kissane, chairman of CCS Fundraising, which helped raise money for the renovation of St. Patrick's Cathedral in New York. "It's a symbol of faith. It's an architectural masterpiece. It's a cultural place. It's a tourist attraction. It's so many things."

French President Emmanuel Macron, in a televised speech Tuesday night, said the cathedral could be reconstructed in five years.

The project could also take not years, but decades, experts say. No cost or time estimates have been announced. 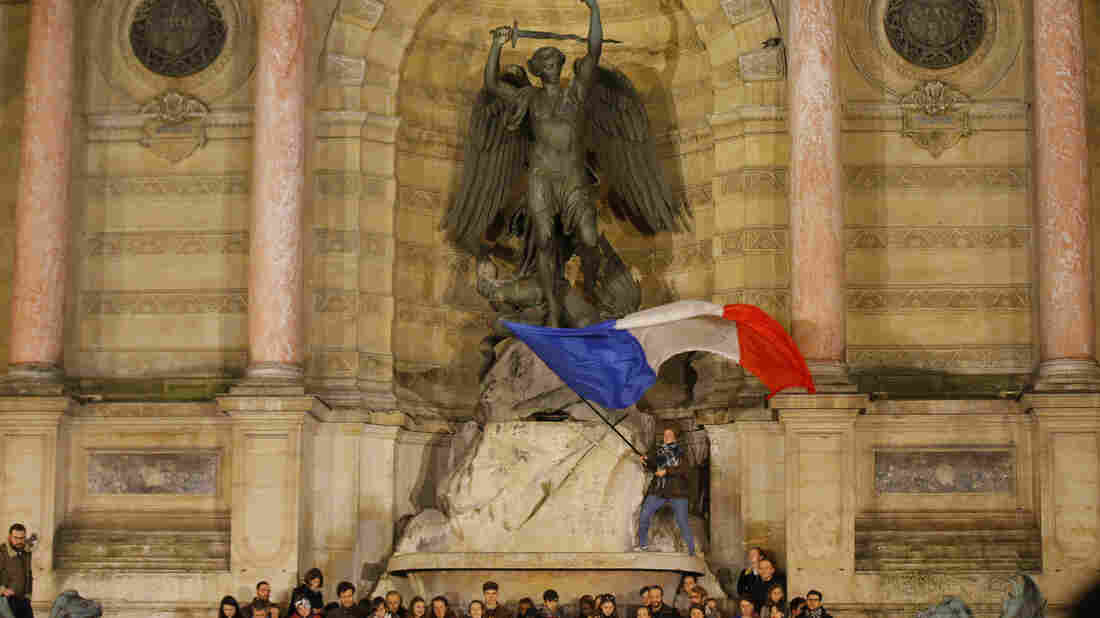 People attend a vigil in Paris on Tuesday near the fire-damaged cathedral. Michel Euler/AP hide caption 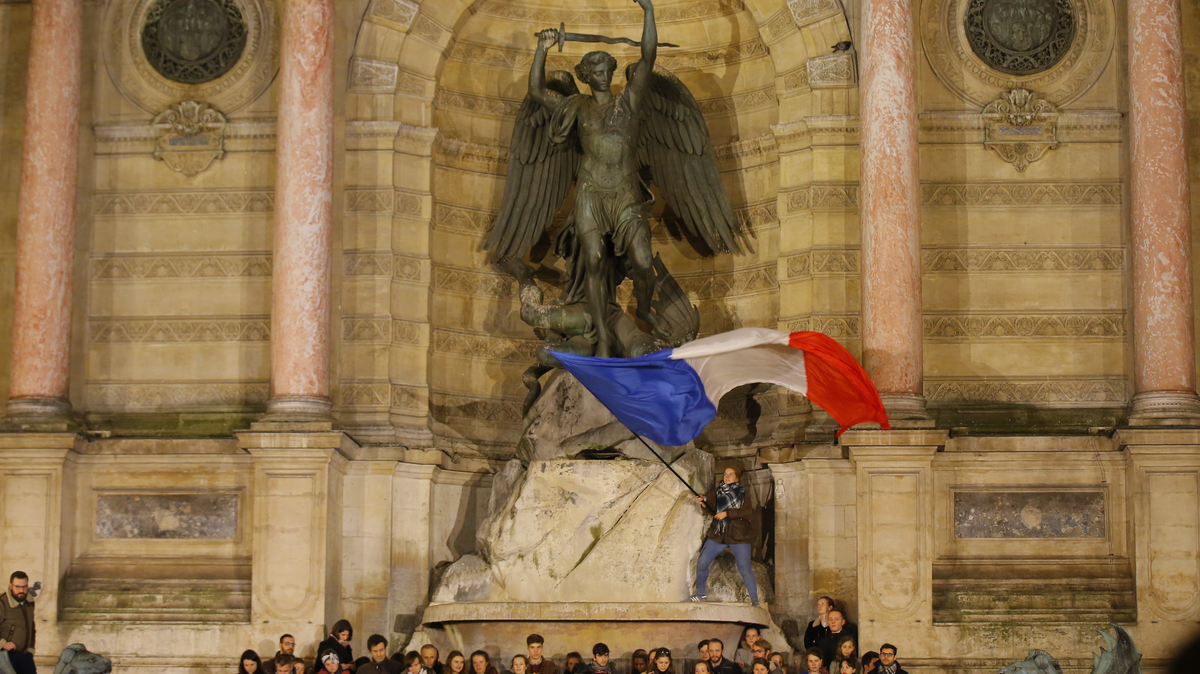 People attend a vigil in Paris on Tuesday near the fire-damaged cathedral.

The Bettencourt Meyers family, owners of the French cosmetic company L'Oréal, said they and the Bettencourt Schueller Foundation will donate 200 million euros.

Almost a dozen other French companies and banks are pledging tens of millions of euros more and technical expertise to aid the reconstruction, according to Reuters.

The United Nations pledged its support through the Paris-based cultural agency UNESCO.

In the United States, private-equity tycoon Henry Kravis and his wife, Marie-Josée Kravis, pledged $10 million and Apple CEO Tim Cook tweeted that his company will donate an unspecified amount to the rebuilding efforts "for future generations."

With wealthy benefactors writing big checks, ordinary citizens might be expected to put their pocketbooks away, assuming the need has already been met. But the high-profile donations to Notre Dame have had the opposite effect.

"If the owners of L'Oreal think that it's important to give 200 million euros, then they're saying this is a really important effort," said Lise Vesterlund, an economist at the University of Pittsburgh who studies charitable giving. She said observers get the message that, "We need to very quickly raise the money so that we can rebuild this amazing cathedral that we all love and enjoy."

How Notre Dame, 'Vast Symphony In Stone,' Weaves Its Way Through Parisian History