Accessibility links
Appeal To Census Lawsuit Ruling Adds Uncertainty To Citizenship Question's Fate The Census Bureau is counting on the Supreme Court to resolve the legal battle by June so that 2020 census forms can be printed. But an appeal in a Maryland lawsuit could complicate that timeline. 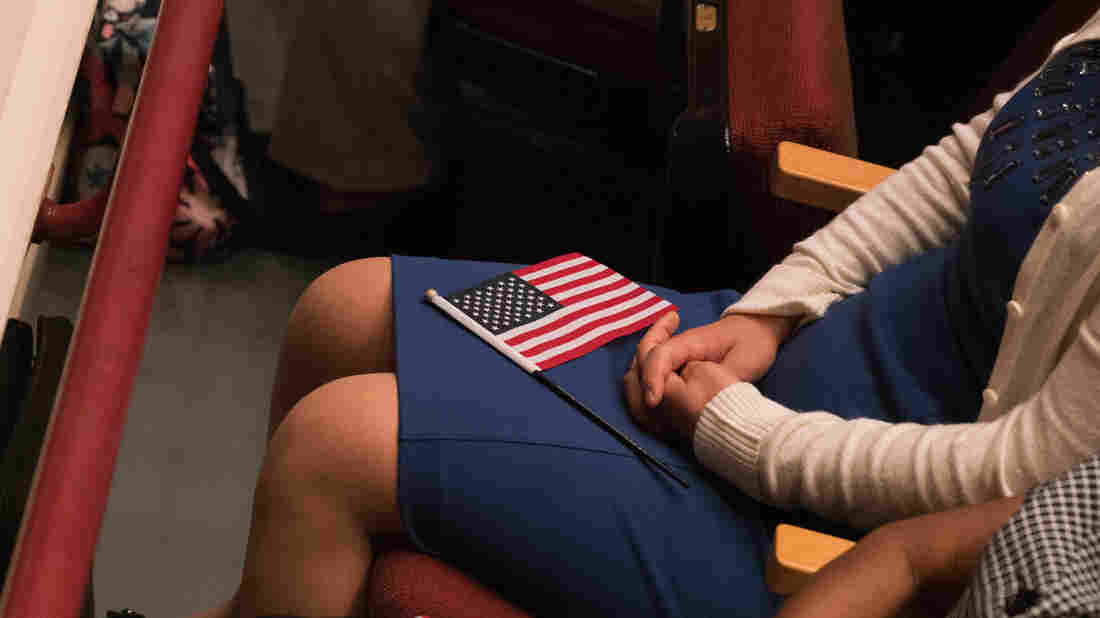 A U.S. flag sits on the lap of a newly sworn-in citizen at a 2018 naturalization ceremony in Alexandria, Va. A new appeal in one of the lawsuits over the addition of a citizenship question to the 2020 census could complicate final preparations for the head count. Claire Harbage/NPR hide caption 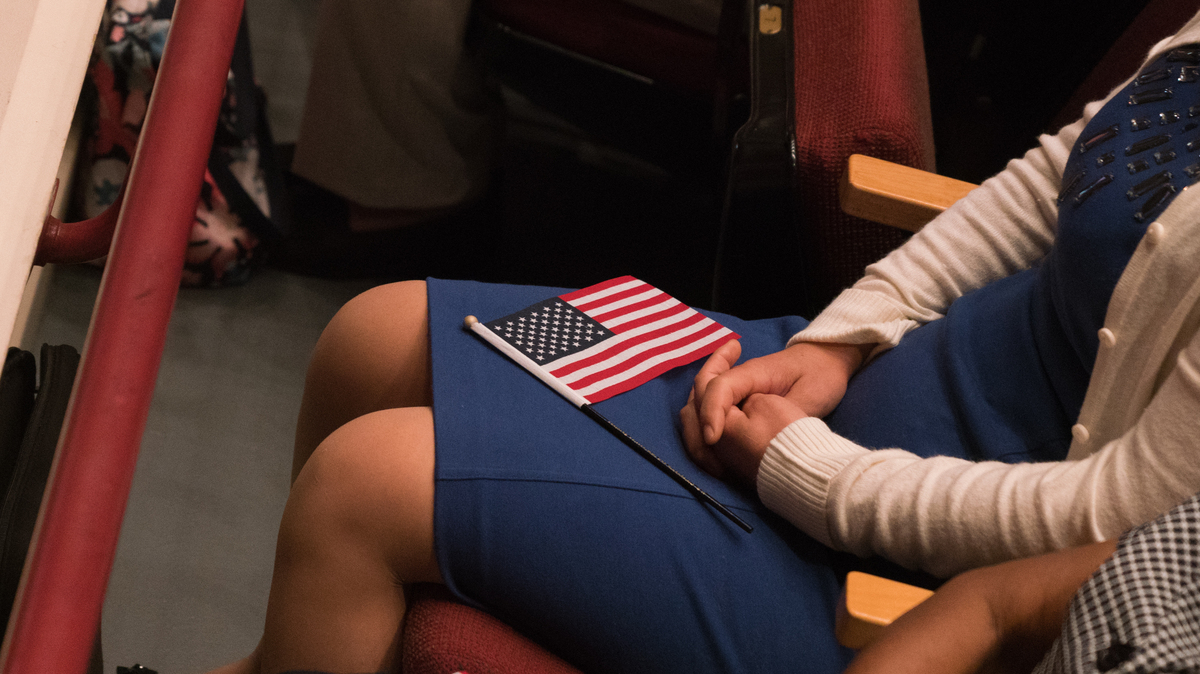 A U.S. flag sits on the lap of a newly sworn-in citizen at a 2018 naturalization ceremony in Alexandria, Va. A new appeal in one of the lawsuits over the addition of a citizenship question to the 2020 census could complicate final preparations for the head count.

For the final months of 2020 census preparations to continue as planned, the Census Bureau says it is counting on the U.S. Supreme Court to resolve the legal battle over the citizenship question by June. But a new appeal filed by plaintiffs in one of the Maryland lawsuits over the question could complicate that timeline.

The Trump administration previously appealed Hazel's decision to halt plans for the question to the 4th Circuit.

The plaintiffs are challenging Hazel's conclusion that there was not enough evidence showing that the decision to add the question by Commerce Secretary Wilbur Ross, who oversees the Census Bureau, was motivated by bias against immigrant communities of color, including Latinos and Latinas, and intended to depress census participation among these groups.

The filing comes a week before the Supreme Court is set to hear oral arguments on April 23 about an earlier ruling by a federal judge in New York who also blocked the citizenship question, as well as about whether including the question on the 2020 census is constitutional.

These cases were escalated to the Supreme Court by the Trump administration, which has asked for a speedy review of lower court decisions by the justices that bypasses the usual appeals process. The Census Bureau says it needs to know by June whether the citizenship question can be included for the printing of paper census forms to begin this summer as scheduled.

The justices, however, have not been briefed on the issue on appeal to the 4th Circuit by the Maryland-based plaintiffs represented by attorneys with the Mexican American Legal Defense and Educational Fund and Asian Americans Advancing Justice. If that case reaches the Supreme Court before the end of its current term, that could put pressure on the justices to resolve over the next few weeks yet another legal issue surrounding the citizenship question.

Earlier this month, Hazel issued the third district court ruling to block the administration's plans for the question. "Is this person a citizen of the United States?" the hotly contested question would ask of every person living in every household in the country.

Ross says he approved adding the question to the census to better enforce part of the Voting Rights Act. But Hazel rejected that explanation, as two other federal judges did in New York and California. He found that Ross' efforts to add the question to forms for next year's national head count violated administrative law and harmed the government's ability to meet a constitutional mandate to count every person living in the U.S.

In his opinion, Hazel cited the Census Bureau's own research indicating that asking about citizenship in the current political climate is likely to scare households with noncitizens from participating in the count. That, in turn, could disproportionately impact the accuracy of the count of Latinos and Latinas in the U.S., the plaintiffs argued.

The judge also noted that the plaintiffs presented evidence that Ross privately considered how including unauthorized immigrants impacts the census. Hazel's opinion highlighted tweets by President Trump and an email to Ross from former Kansas Secretary of State Kris Kobach showing that both Trump and Kobach "harbored discriminatory animus" toward noncitizens. Still, Hazel said, that evidence did not allow him to draw direct connections to Ross' decision and that the commerce secretary's real reason for pushing for the question "remains, to some extent, a mystery."

"Discriminatory animus may well be the most likely explanation for Secretary Ross's addition of the citizenship question," Hazel wrote, "but that is not the same as saying it has been proven by a preponderance of the evidence."

The plaintiffs' attorneys, however, disagree with Hazel on that point.

In a written statement, Denise Hulett, MALDEF's national senior counsel, emphasized that the evidence she and other attorneys presented was enough for the district court to find intentional discrimination by Ross.

"That evidence places the gun in Secretary Ross's hand, identifies the discriminatory sources of the bullets, and describes the smoke that will obscure and distort the census count," Hulett said.

The Justice Department declined to comment on the plaintiffs' appeal, according to an email from DOJ spokesperson Kelly Laco.

The administration is currently blocked from adding the citizenship question to the 2020 census by three separate orders from Hazel and the federal judges in New York and California. Plans for the question could proceed, however, if the Supreme Court decides to overturn lower court rulings based on the administrative law and constitutional claims while the appeal over the racial discrimination issue remains unresolved.

Thomas Saenz, MALDEF's president and general counsel, says his organization is committed to continuing the legal battle over the question.

"The American people have the right to know when their government engages in unconstitutional discrimination, particularly when it does so in order to undermine the Census," he said in a statement.