Accessibility links
The All-Female Big Bands That Made History During World War II NPR's Audie Cornish talks with Christian McBride of Jazz Night in America about the forgotten all-female big bands that toured the United States during World War II. 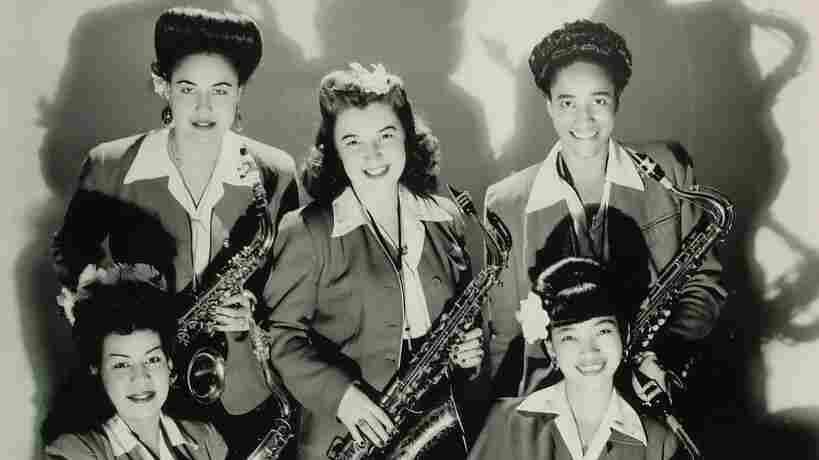 The International Sweethearts of Rhythm in the 1940s. Courtesy of Rosalind Cron hide caption 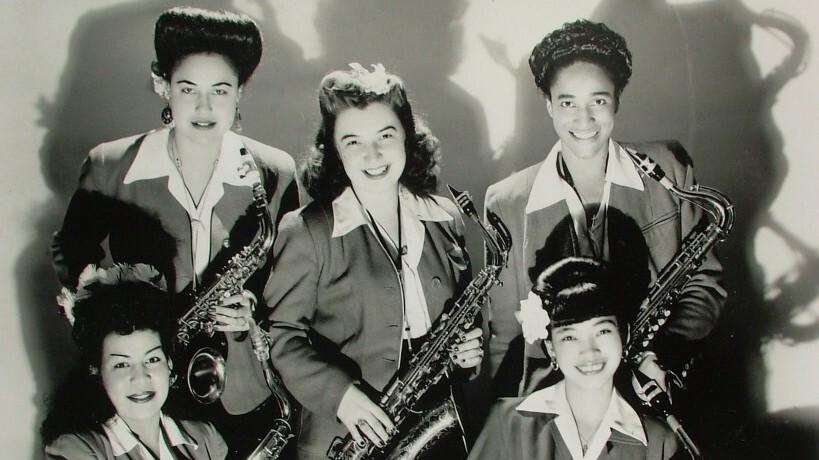 The International Sweethearts of Rhythm in the 1940s.

During World War II, with thousands of men shipping off to war, half a dozen all-female, instrumental big bands toured around America. It was a rarity in a musical world dominated by men and, for the most part, their stories have been erased or minimized in jazz history.

Jazz Night in America host Christian McBride has spent years tracing the history of some of these bands and notes that during this flourishing time for all-women groups, the 17-piece International Sweethearts of Rhythm had the most formidable level of popularity.

"They were probably the first all-female band taken seriously," McBride says, explaining that the Sweethearts were boundary breakers in more ways than one. As an integrated ensemble, the Sweethearts often faced obstacles when touring the Deep South. McBride spoke with Rosalind Cron, a saxophonist in the Sweethearts, about the band's experiences on the road.

"I hadn't heard the Jim Crow laws," Crons remembered. "And we were on a trip going straight down to the Deep South. They told me I had to have a story if I was stopped — what my parents were like, where were you from and that sort of thing — and I made up a story that my father was white and my mother was black."

As McBride says, the most touching part of reliving these times with Cron was that none of her harrowing experiences made her bitter. "She feels like she went through that so these days could be better," he says.

The legacy of the Sweethearts, and other all-females acts like The Coquettes, lives on today with big bands led by women. McBride says the Sweethearts paved the way from the 1950s through the modern era to present-day bands like the DIVA Jazz Orchestra.