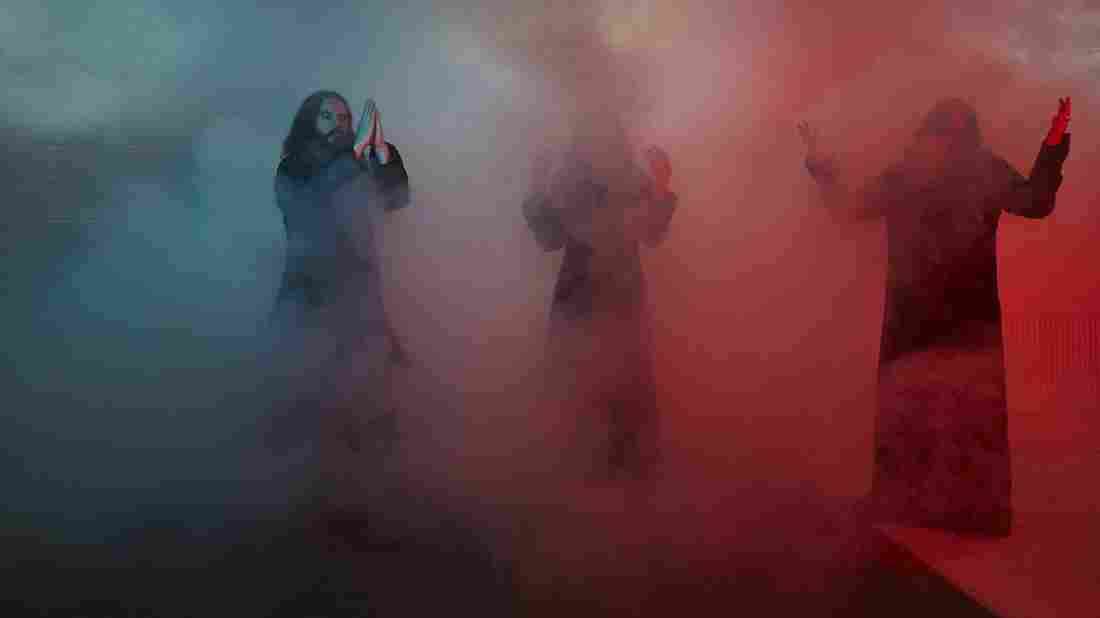 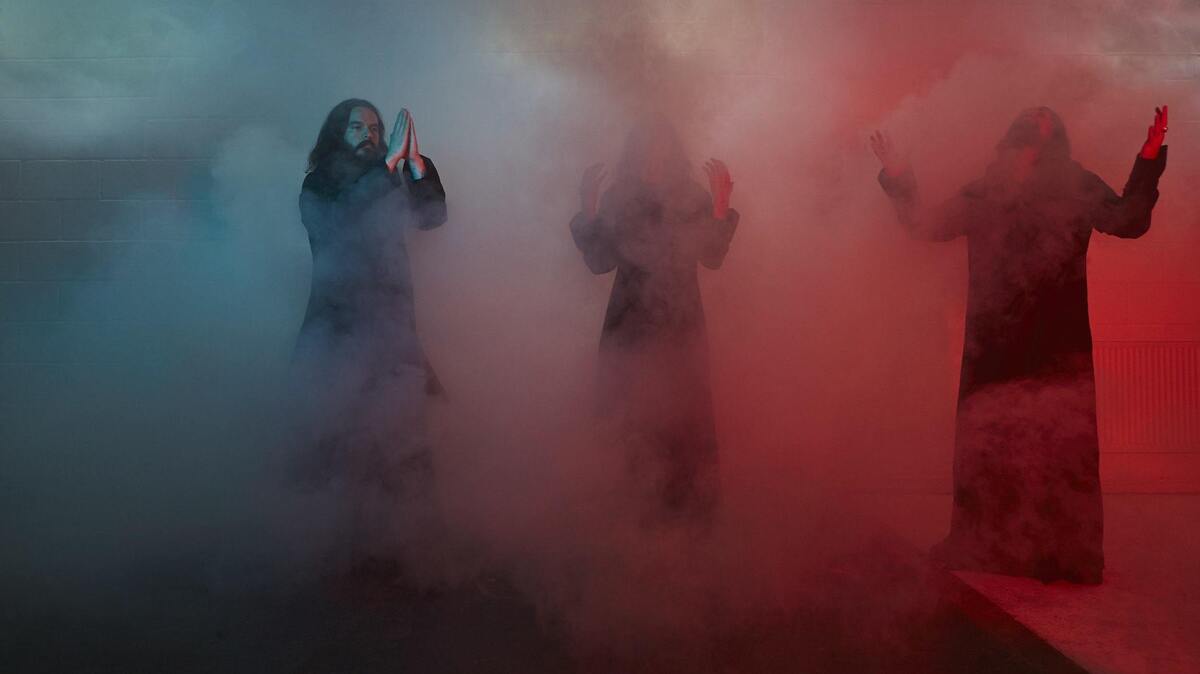 Ronald Dick/Courtesy of the artist

The beauty of creation isn't entirely sweet. Think of Igor Stravinsky's dynamic and dissonant Rite of Spring, which was so extreme in its time it caused a riot at its 1913 premiere. As the score to the "origins of the world" sequence in Walt Disney's animated feature Fantasia, the bold and mind-boggling music was set to volcanic eruptions, dinosaur battles, and oceanic waters flooding away the detritus of mass extinction. Elements of darkness go hand in hand with discovery and rebirth. 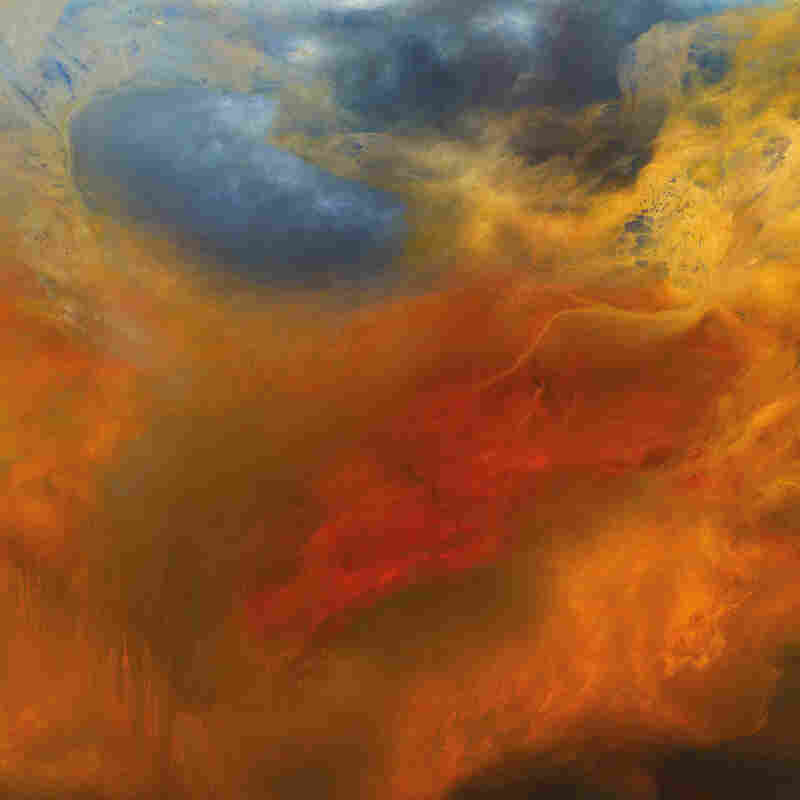 Drone titans Sunn O))) subscribe to this mindset, too, or at least that's what their brightly textured eighth record, Life Metal, would imply. Recorded with Steve Albini at Electrical Audio in Chicago (along with a more meditative sister album, Pyroclasts, which will be released later this year), the album is as slow, heavy and massive as anything the band has ever put out, but this time around each track radiates a warmth and majesty filtered through a prism of intense, stratosphere-scaling sound. It's a striking change of pace, even for a group whose previous material has run a sweeping conceptual and emotional gamut, exploring everything from the bleakest underbellies of society (2005's Black One) to a Buddhist deity of mercy (2015's Kannon).

For founders, guitarists Greg Anderson and Stephen O'Malley, the comparatively uplifting vibes of the new album are a reflection of their friendship and musical partnership that's now in its third decade, and their general sense of contentment in their personal and creative lives. "The recording session [for Life Metal] was kind of a 20th anniversary gift to ourselves," Anderson tells NPR. "You know, 'We've made it, we're still alive, we're still together as a group, and we're really enjoying it, so let's celebrate.'"

By their own admission, they keep their ambitions and their mentality down to earth so that they can enjoy the journey as it unfolds, and in concert — where they perform cloaked in black hooded robes at soul-shaking volumes — they bring the audience along for the ride.

"As a musician you're so inside the sound that it's completely obvious that the sound is it's own character," O'Malley says. "It's not disassociated from the players, but it's the main character, and that's something that links our live performances, which have an incredible sound energy and immersive energy, to our approach to Life Metal."

O'Malley and Anderson's desire to channel that live energy into a studio album, and to once again try out some new production techniques, inspired them to work with Albini — who is famous for capturing bands at their absolute essence.

"Steve is, in his way, a minimalist," O'Malley says. "Not minimalist as in an absence of sophistication, but clear, efficient accuracy without adding flourish or ornate decorations. He's also a sound master. He knows how to capture devices, place amplifiers, and how to engineer all of that to make it very accurate."

On previous albums, Sunn O))) tended to present ideas and build material in the studio, but for Life Metal they came prepared with fleshed-out concepts and arrangements they'd pieced together during two lengthy practice sessions in Los Angeles with longtime collaborator, synth player Tos Nieuwenhuizen. At Electrical, they were joined by Chicago bassist Tim Midyett (Silkworm, Mint Mile) and Icelandic singer, multi-instrumentalist, and composer Hildur Guðnadóttir (Jóhann Jóhannsson, Pan Sonic), each of whom added to the record's vibrant color and tone (particularly Guðnadóttir's impressionistic vocals on "Between Sleipnir's Breaths"). And from his artist residency in Germany, Australian composer Anthony Pateras contributed emotive music he arranged and recorded on a historic pipe organ for "Troubled Air."

Though the album's joyous moods might raise questions among listeners who don't typically equate Sunn O))) with such positivity, Anderson describes Life Metal as "very much Sunn O)))," adding "It still sounds very heavy and powerful, but the choices in the tone, Albini's recording, and some of the choices of arrangements have this brightness and a symphonic quality."

"How fortunate are we to be able to live in this open creative world?" O'Malley says. "It's really important to acknowledge that, especially in these times, where a lot has happened between politics and world situations, and environmental crises. It's extremely complex, and our role here is to make something that's nutritious to people's minds in some way (at least for some people). So why not express that and make a beautiful piece?"