Accessibility links
'Tragedy, The Greeks, And Us' Examines How Classical Philosophers Saw Early Dramas The Stone's Simon Critchley premises tragedy on action — as opposed to the generally more passive approach philosophy has a reputation for — and examines how Plato and others saw it as a threat.

'Tragedy, The Greeks, And Us' Examines How Classical Philosophers Saw Early Dramas

'Tragedy, The Greeks, And Us' Examines How Classical Philosophers Saw Early Dramas 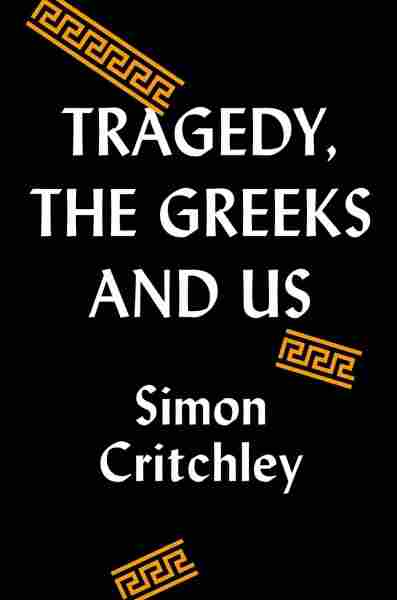 Tragedy, the Greeks, and Us

Title
Tragedy, the Greeks, and Us
Author
Simon Critchley

It endures because it depicts mortals divided against themselves and others while fate looms, inexorable. We're drawn to the boldness of tragic figures, in all their human frailty, as they face down the infinite. They can't look away and, out in the dark, in the audience, neither can we. When it's human will against fate, we know which way it always breaks, though we can't help but admire the resolve.

In Tragedy, the Greeks, and Us, Simon Critchley is particularly focused on what tragedy is — and how it existed in relation to the philosophy of classical antiquity. He premises tragedy on action, as opposed to the generally more passive approach philosophy has a reputation for — abstraction and reflectiveness.

In his introduction, Critchley writes that tragedy is not about "the contemplative life that is the supposed fruit of philosophy in Aristotle's Ethics, or in Epicurus and the other Hellenistic schools...No, tragedy is thinking in action, thinking upon action, for the sake of action, where the action takes place offstage and is often described to us indirectly through the character of a messenger. This type of thinking, instead, takes the form of a radical questioning, leading to action: How do I act? What shall I do?"

Tragedy then is active instead of passive, which is not to sell philosophy short. As dangerous as ideas can be, facing down one's fate with one's limited capacities and with one's ever-present sense of mortality is, well, easily as dangerous. Yet because tragedy in the theater was radical — and, then, maybe very dangerous to expose everyone to — the philosophers took note. It's clear to see why Plato would consider it a threat. He had utopia on his mind, and there's nothing tragic about that, nor can there be for it to succeed.

The Great Dionysia, an annual theater festival in Athens, was, according to Critchley, "the largest gathering of Athenian citizens in the calendar and was perceived to be a stage for political celebration." So tragedy was not just a discrete form of drama for the amusement of a few; it was a major public event. Even Aristotle, who in his Poetics provides a more even-handed approach — maybe even a counterpoint — to tragedy than Plato, might have been troubled by tragedy's public appeal, evident in his "focus on individual character, such as Oedipus, rather than the chorus as the embodiment of the community or the collective." Because Plato saw tragedy (or all art) as a product of mimesis (imitation or mimicry), it was dangerous to what he held to be actual, transcendental truth. The public might be easily be manipulated, led astray.

Tragedy may not play to what's best in people, but it does play to the ambiguity and confusion and passion and fear and resolution that swirl constantly inside them. The question of whether tragedy or philosophy is the proper way to truth is really quite an open one, or maybe I'm just a Dionysian at heart. It seems to some extent Critchley is too.

In maybe his most stirring formulation, he asserts that tragedy reveals a "conflictually constituted world defined by ambiguity, duplicity, uncertainty, and unknowability, a world that cannot be rendered rationally fully intelligible through some metaphysical first principle or set of principles, axioms, tables of categories, or whatever. Tragedy is the experience of transcendental opacity." Tragedy then shows more what it's like to be person, rather than, say, what a person should be.

At this point I'd be remiss if I didn't point out that in Tragedy, the Greeks, and Us, there's a problem of style. Critchley writes with laudable directness and erudition, yet the chapters in the book are many, very many, and very short, which is a compelling stylistic choice; it's just that I'm not sure it entirely works. In fact, it's often bewildering, given the weight of the subject matter. The book is essentially broken into three focuses: tragedy, Sophistry, and the philosophy of Plato and Aristotle. As it proceeds, it gains more of a firm sense of coherence, which might be by design. It's just that the brevity and broad variety of the chapters gave me a similar feeling to airplane turbulence. I get the stylistic choice, but it didn't agree with me.

That being said, Critchley's reading of Plato and Aristotle is refreshing. He's particularly irreverent in his recapitulation of The Republic and its rejection of tragedy/poetry. Socrates (in The Republic) is cast as sanctimonious and pushy at times, and Critchley really doesn't let him get away with anything. Still, Critchley's fair in his reading, and he successfully renders Socrates' stern objections to tragedy/poetry as a rejection of tragedy's chaos, its lack of stable meaning, the great Athenian gadfly either would not or could not accept at the heart of the human condition. Yet, as we know, tragedy survived philosophy's survey of its depths.

One more important thing: Throughout the book, Critchley sometimes cites the brilliant poet, essayist, and classics scholar Anne Carson. And in the book's conclusion, it's Carson (via Critchley) who supplies the the distillation of tragedy I didn't even know I needed:

"I think of walking around Detroit. Sometimes at night you might pass the Foundry — a place with molten metal inside. You can glance at it and see — you glance into the core. It's burning away in there. Then you go down the street. What remains in the mind is the core."

Read an excerpt of Tragedy, the Greeks, and Us

It's the core tragedy's concerned with.

In reading Critchley's provocative, revelatory, though sometimes dizzying book, I couldn't help but think of Nietzsche, no slouch on the topic of tragedy, who wrote in Beyond Good and Evil that "when you gaze long into an abyss the abyss also gazes into you." Whether it's a burning core or an abyss, once you look, you can't look away — just ask Oedipus, Electra, Hamlet, Macbeth, or Lear. Maybe we don't want to look away. Maybe we can't. Tragic really.