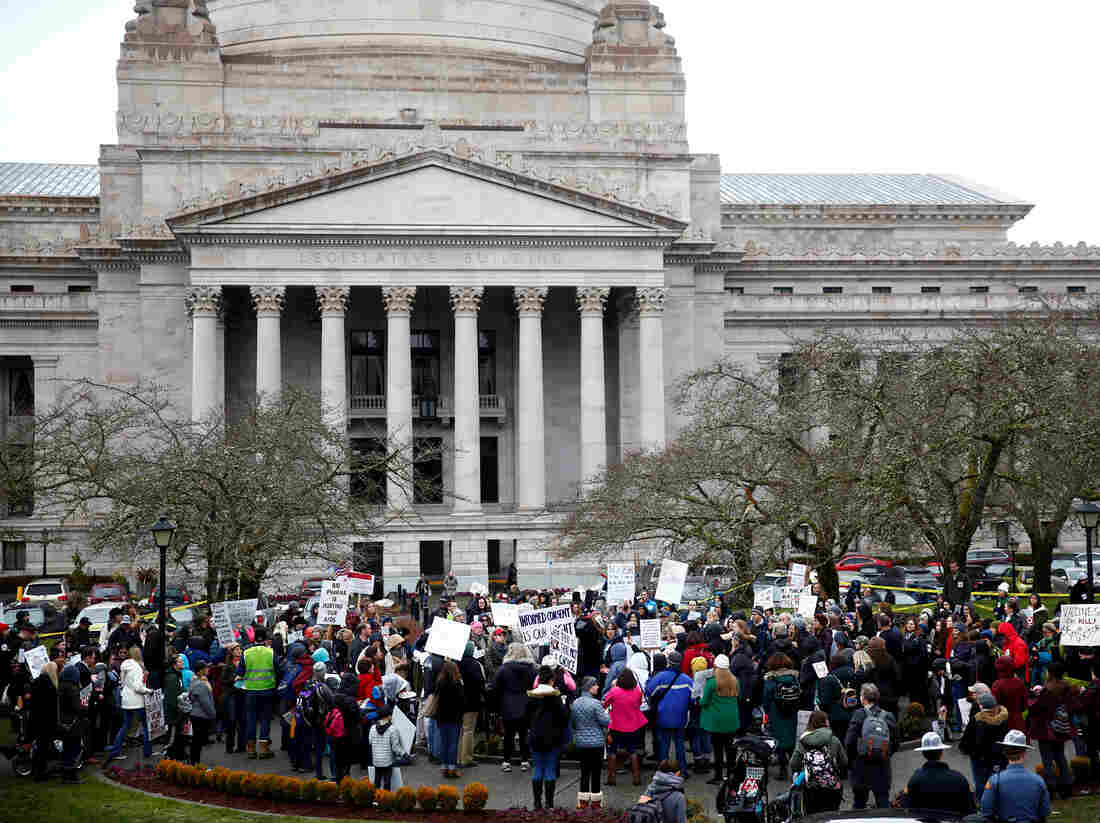 The Washington state Senate passed a bill on Wednesday that would remove the personal belief exemption from the required vaccinations for measles, mumps and rubella. Here, people protest the related house bill outside Washington's Legislative Building in Olympia in February. Lindsey Wasson/Reuters hide caption 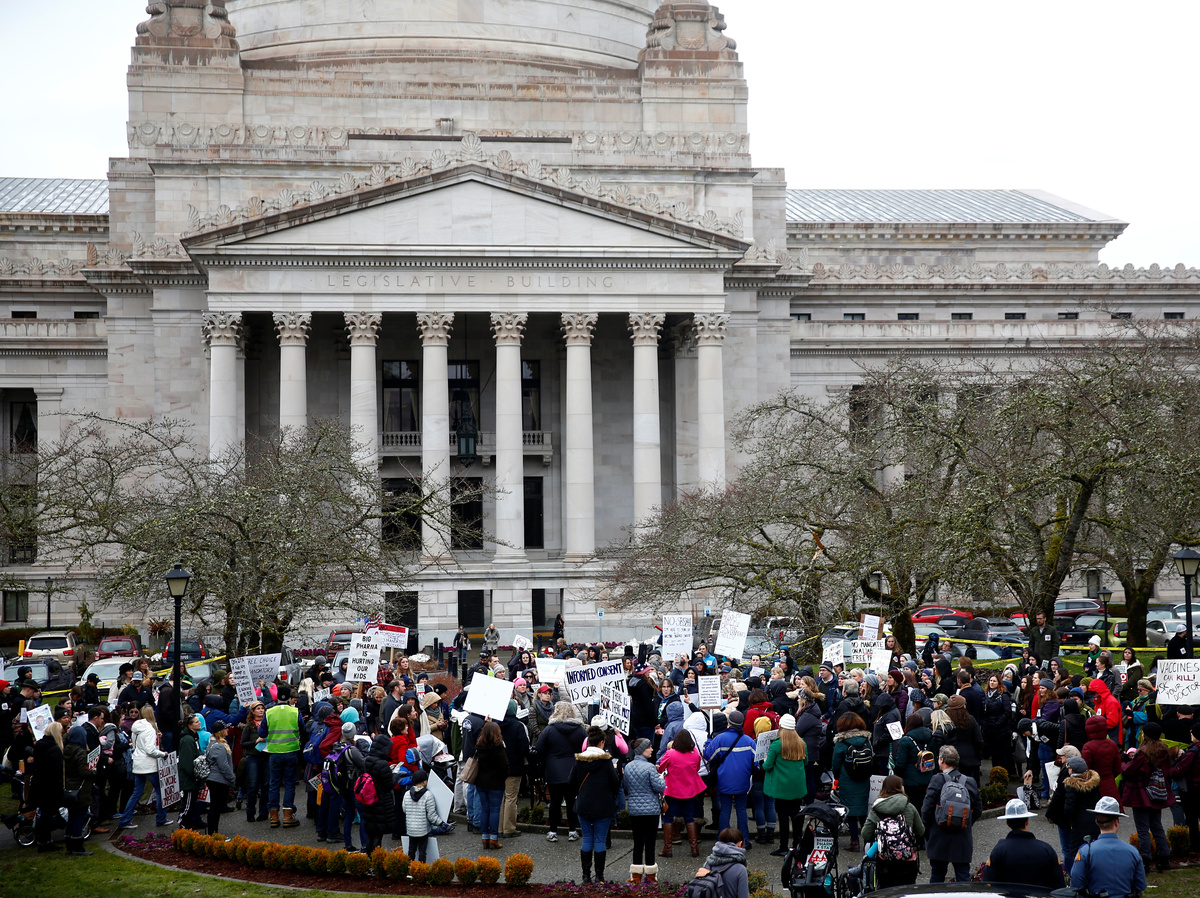 The Washington state Senate passed a bill on Wednesday that would remove the personal belief exemption from the required vaccinations for measles, mumps and rubella. Here, people protest the related house bill outside Washington's Legislative Building in Olympia in February.

Washington state has moved a step closer toward making it more difficult for parents to receive exemptions from having their children receive a required immunization.

The bill, which passed 25-22, will now return to the House for passage of the version amended by the Senate. Upon its anticipated passage there, it will go to Gov. Jay Inslee, a Democrat, who is expected to sign it.

Current state law allows parents to not have their child get the MMR vaccine if they have a philosophical or personal objection. If the bill is signed into law, that exemption would be removed.

State Sen. Annette Cleveland, who sponsored the bill, represents part of Clark County, which has been the site of a measles outbreak. There have been 73 confirmed cases in Clark County since the start of the year, but there are no new confirmed cases since March 18.

"My community is under threat," said Cleveland, according to The Seattle Times. "A vote against this bill is a vote against public health."

But state Sen. Lynda Wilson, who also represents a portion of Clark County, said it should be up to parents whether to have their children vaccinated. "Science is not settled," she said in floor debate on Wednesday.

All 50 states have legislation requiring schoolchildren to be vaccinated. According to the National Conference of State Legislatures, all states permit medical exemptions, and all but three (California, Mississippi and West Virginia) allow religious exemptions. Washington is one of 17 states that permit philosophical objections to school immunization requirements.

Meanwhile, lawmakers in Arizona are moving in the other direction: considering bills to make it easier for parents to get exemptions for their kids from the usual childhood vaccinations. As KJZZ's Will Stone reported for NPR last month,

"Among other things, the Arizona bills would require that before immunizing a child, doctors hand over to parents a stack of papers that include the benefits and risks of each vaccine, the vaccine manufacturer's product insert, the vaccine's summary description from the Centers for Disease Control and Prevention, and instructions on how to report a vaccine-related adverse event.

"Another bill in the package would make it easier for Arizona parents to opt out, adding a new type of exemption in the state — an exemption based on religious objections."

Because of an error in the Seattle Times article that was cited, an earlier version of this story misattributed a quote. It was state Sen. Lynda Wilson who said "science is not settled," not state Sen. Ann Rivers.