Accessibility links
Mueller Report: Key House Committee Subpoenas DOJ For Full Report, Evidence Nadler wants everything developed by the special counsel office, including all of the underlying evidence in its report. He says the Justice Department has until May 1 to comply. 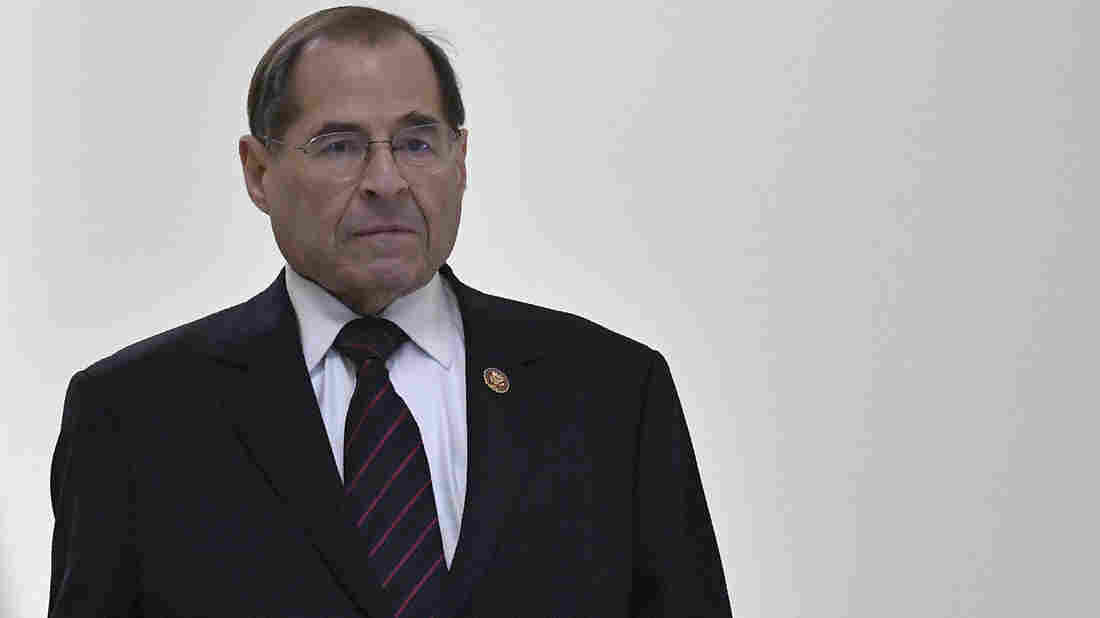 House Judiciary Committee Chairman Jerry Nadler has said, "This committee requires the full report and the underlying materials because it is our job — not the attorney general's — to determine whether or not President Trump has abused his office." Mandel Ngan/AFP/Getty Images hide caption 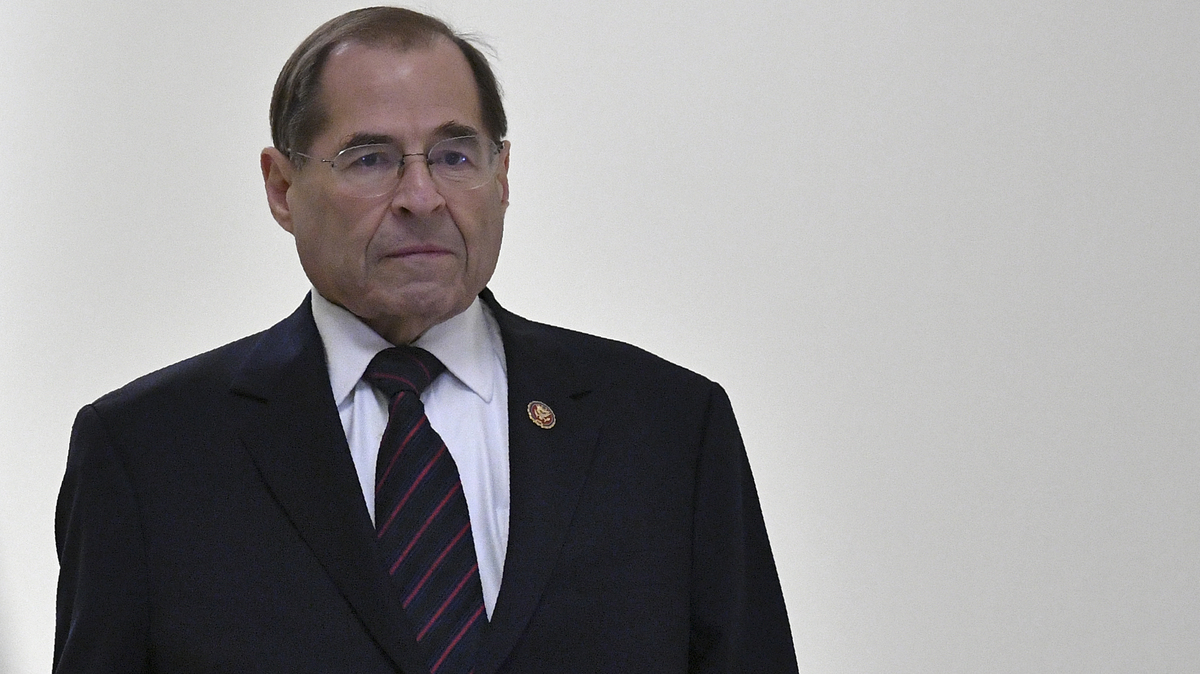 House Judiciary Committee Chairman Jerry Nadler has said, "This committee requires the full report and the underlying materials because it is our job — not the attorney general's — to determine whether or not President Trump has abused his office."

The House Judiciary Committee issued a subpoena on Friday to the Justice Department demanding access to the full work product of special counsel Robert Mueller, including grand jury testimony and other material not made public.

Chairman Jerry Nadler, D-N.Y., said he wants everything by May 1.

"I am open to working with the department to reach a reasonable accommodation for access to these materials. However I cannot accept any proposal which leaves most of Congress in the dark, as they grapple with their duties of legislation, oversight and constitutional accountability," Nadler said in a statement.

Attorney General William Barr had offered key congressional leaders access to a version of the report with less redaction, and DOJ laid out a process for a dozen top Hill leaders from both parties, as well as select staff, to see that version of the report in secure reading rooms over the next couple of weeks.

"The department now has a duty to submit the full report and underlying evidence to Congress so that it can fulfill its constitutional responsibilities," House Speaker Nancy Pelosi, D-Calif., and her colleagues wrote to Barr.

The top Republican on the Judiciary Committee, Rep. Doug Collins of Georgia, said Democrats were asking too much of the attorney general and that Nadler's subpoena specifically was overly broad.

A spokeswoman for the Justice Department said on Friday that Barr would continue to try to reach an agreement with the Democrats but that Nadler is taking things too far.

"Congressman Nadler's subpoena is premature and unnecessary. The department will continue to work with Congress to accommodate its legitimate requests consistent with the law and long-recognized executive branch interests."

Nadler's subpoena followed weeks' worth of tensions between Democrats and Barr, who has said he is prohibited by laws, regulations and longstanding department practice from revealing some of the underlying evidence in the report on Russian interference in the 2016 election.

Barr had agreed to negotiate with Nadler and the chairman of the Senate Judiciary Committee, Lindsey Graham, R-S.C., about giving them more information than had been included in the redacted version of Mueller's report provided to Congress and the public on Thursday.

Those talks didn't move far enough or fast enough for Nadler, who opted to use the subpoena on Barr and DOJ that his committee authorized on April 3.

The next phase of the duel appears likely to take place before a judge.

Barr told Congress that he didn't believe the exceptions to revealing grand jury material applied in the case of Nadler's demand. The Federal Rules of Criminal Procedure do have some exceptions to grand jury secrecy — but not one for Congress to access it, he said.

"The chairman of the Judiciary Committee is free to go to court if he feels one of those exceptions is applicable," Barr told Congress.

The attorney general also responded wryly when asked by Republicans on a Senate Appropriations Committee panel if he was concerned that giving grand jury material to Congress would increase the chances that it might find its way into the open press.

"Yes, occasionally," Barr agreed — but the integrity of the grand jury system depends upon the people involved knowing that the work will remain protected, he said.

Democrats argue they can't trust Barr to represent honestly what Mueller has developed.

Barr began arguing even before he was nominated to become attorney general that Mueller's investigation of obstruction was legally flawed, Democrats observe — and thus they need to see all of what Mueller discovered and not view it through any filter created by Barr.

Nadler also has made clear that he believes Congress must keep its own counsel on the major questions facing the country about Trump's conduct.

Just because Barr has concluded that Trump won't face prosecution for the actions he has taken doesn't mean that Congress shouldn't assess them for its own purposes, Nadler argued.

"This committee requires the full report and the underlying materials because it is our job — not the attorney general's — to determine whether or not President Trump has abused his office," Nadler said.