Accessibility links
In 'Fast Color,' Gugu Mbatha-Raw Plays A Literal Supermom Moms perform heroic tasks every day, but they rarely get portrayed as superheroes. Fast Color tells the story of three generations of black women and the supernatural powers they inherit. 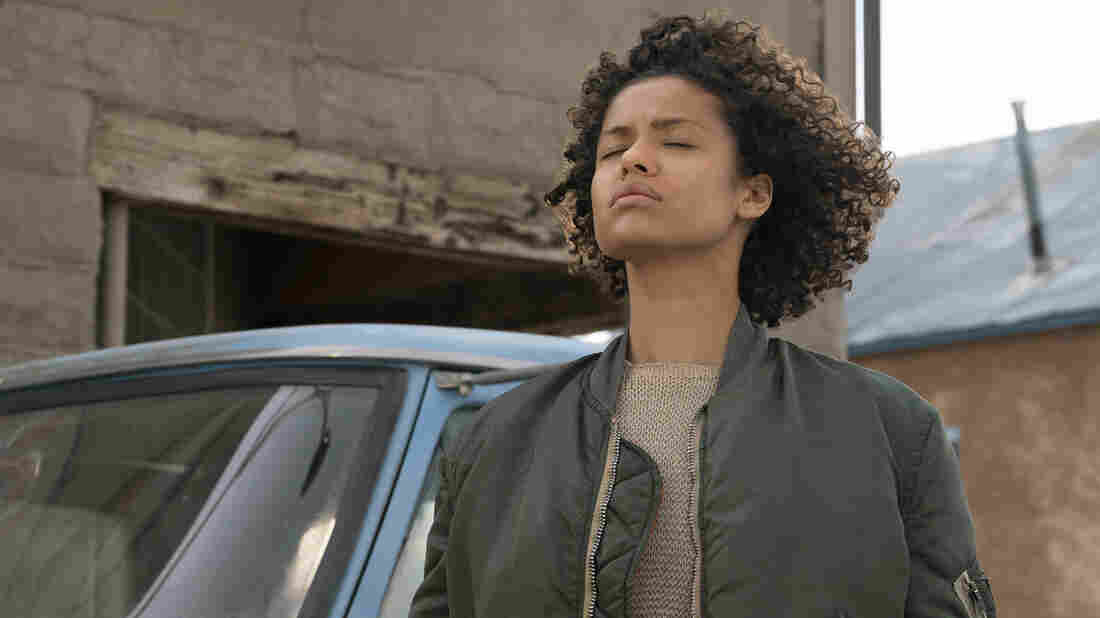 Gugu Mbatha-Raw stars as Ruth, a woman who must learn to harness her inherited supernatural powers, in Fast Color. Jacob Yakob/Lionsgate hide caption 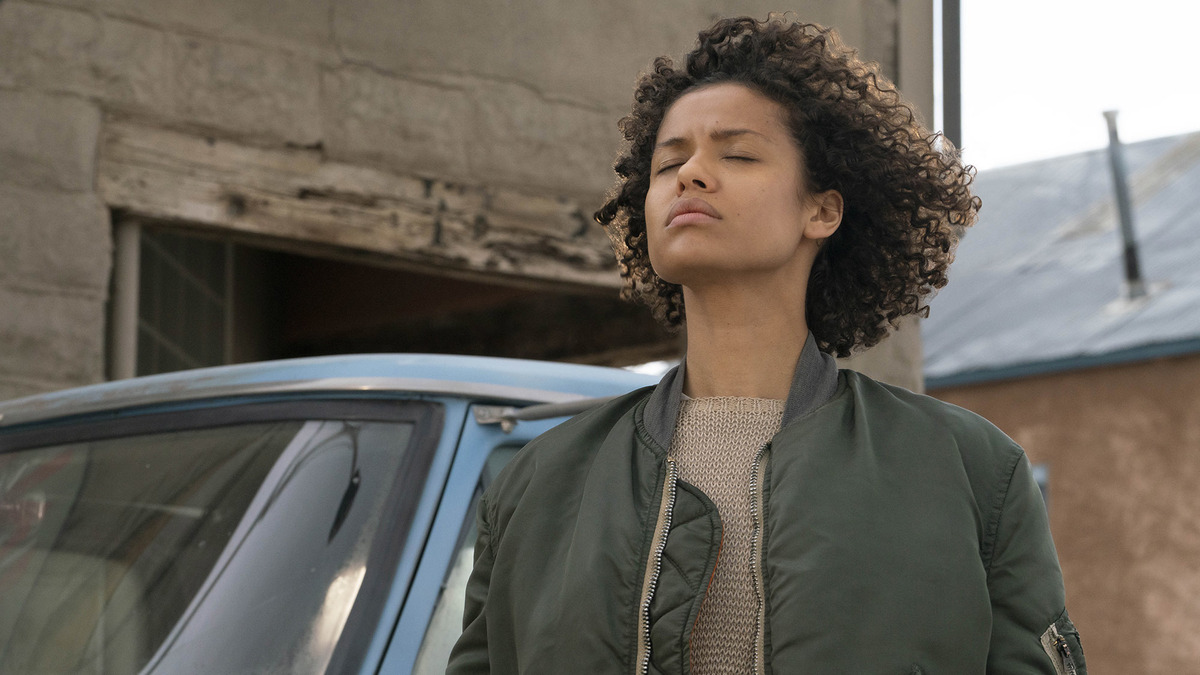 Gugu Mbatha-Raw stars as Ruth, a woman who must learn to harness her inherited supernatural powers, in Fast Color.

Moms perform heroic tasks every day, but they rarely get portrayed as superheroes. That changes in the new film Fast Color, which tells the story of three generations of black women — a daughter, a mother and a granddaughter — all of whom have supernatural powers.

The main character, Ruth, is played by Gugu Mbatha-Raw. "She really has this almost elemental ability to control the elements of the Earth ... and she's having difficulty controlling it," explains Mbatha-Raw. Ruth's seizures cause earthquakes and "it's almost a shameful thing for her because it's disruptive and she doesn't know how to direct that power."

Ruth had a daughter, Lila (Saniyya Sidney), when she was very young, and left her to be raised by her grandmother, Bo (Lorraine Toussaint). The film follows the three women as they grapple with fraught family relationships, and the extraordinary power they share.

On moms as superheroes

Julia Hart — a wonderful writer director — she wrote this script after she'd had her first child and felt ... that women's power ... their ultimate power, is creation. We haven't really celebrated that in films before in this way, you know, and I think there is a sense that motherhood is something that means your creativity in your career, or in your life, somehow has to slow down. And I think certainly for Julia, it accelerated and it brought forth this story. So I think celebrating, you know, women's ultimate superpower being motherhood itself is something I'm really proud to be a part of.

On what Ruth is running from

We start off in the film and Ruth is kind of on the run — and it's very mysterious — we don't really know what she's running from. But we then flashback in the movie further to see her childhood, her adolescence, and her sort of struggling with herself — her identity, her relationship with her mother. ...

On having a power that must be hidden

I was drawn to the idea of women not feeling comfortable to express themselves and not feeling like they were living in a world where they were being listened to or appreciated. We shot this movie almost two springs ago ... it's been fascinating to see, you know, this awakening that's happened for women over the last two years. ... The resonances there are so distinct and strong. But I think certainly in the film it's really about women as a culture being able to become comfortable with their power which is already inside them. 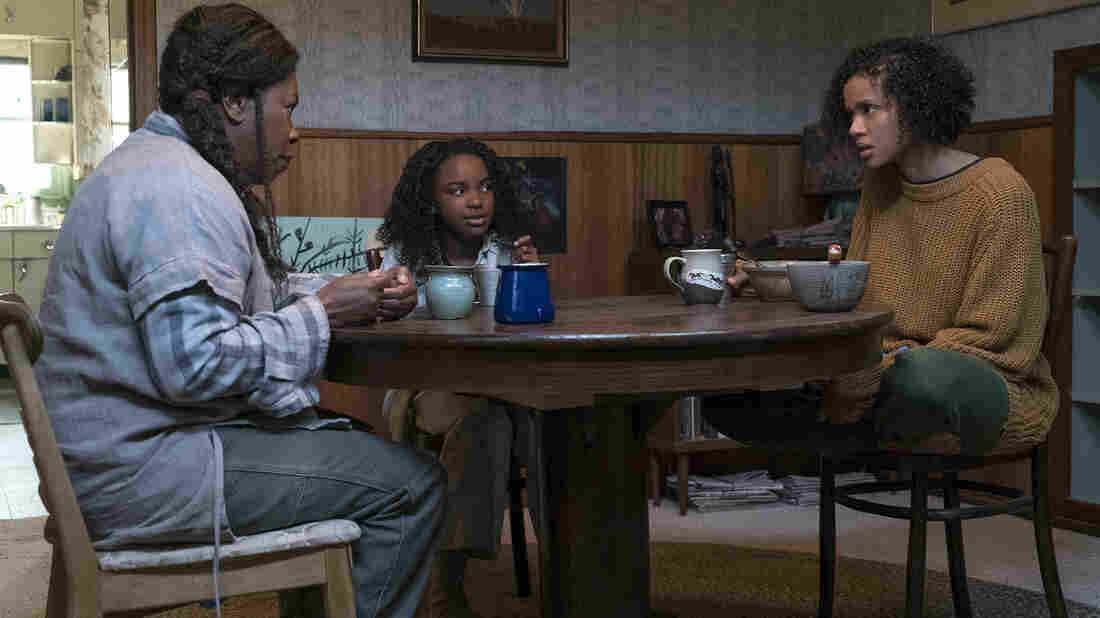 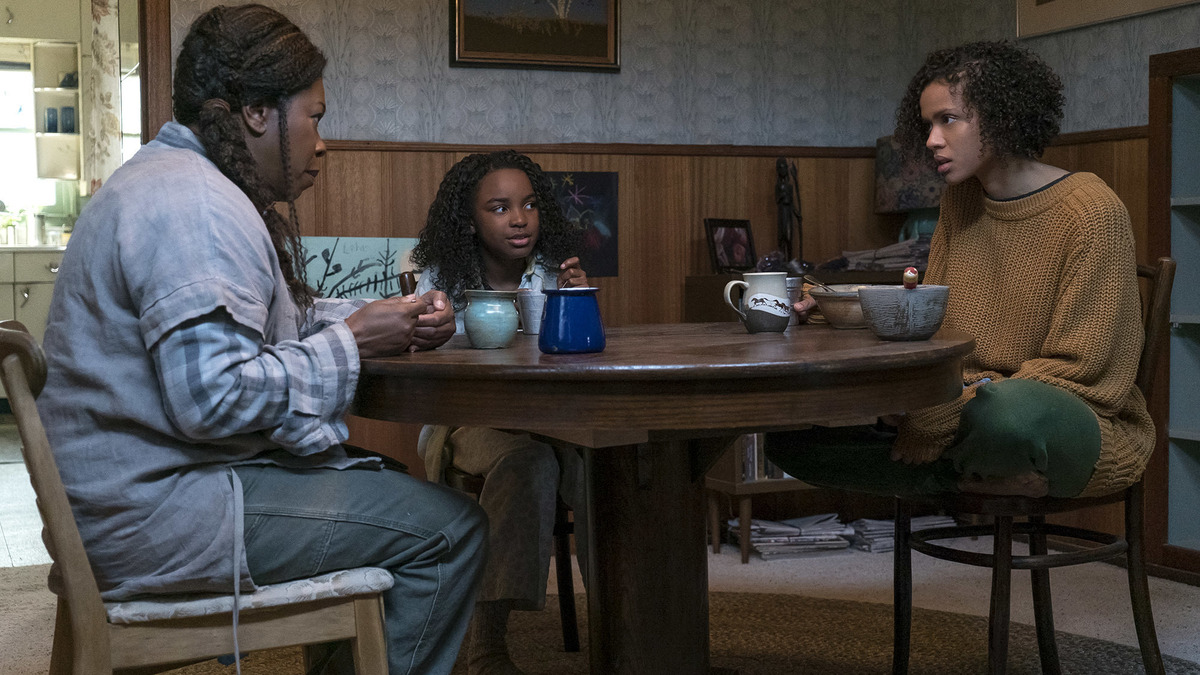 Superpowers are matrilineal in Fast Color. From left, Lorraine Toussaint as Bo, Saniyya Sidney as Lila and Gugu Mbatha-Raw as Ruth.

On superpowers being passed down through women

It's about that idea of legacy. ... The idea of it just being women really is so empowering, especially where we are culturally. To see that we are all connected through the generations ... it's almost like passing on the baton of wisdom.

You look at what's happening now with the women's movement and ... looking back a few generations to feminism in the '70s, and how it's evolved now, and the next generation of young girls that are growing up, you know, with social media and ... how they can feel all of that ... connectivity globally now through the Internet. ... It's about women feeling a sense of community as well.

The characters weren't ethnically specific in the script. ... So I wasn't really endowing them with any racial connotations. ... It's only really in retrospect in talking about the film afterwards that people have drawn that out of it and have endowed it with that culturally. So I think that's part of the power of film as well, is that you bring your own experience to it. ... It was just these three women as scripted, and then Julia cast myself, Lorraine and Saniyya and suddenly it brought on another level of cultural significance and meaning.

Marc Rivers and Sarah Handel produced and edited this interview for broadcast. Beth Novey adapted it for the Web.