Accessibility links
StoryCorps: 20 Years Later, Sibling Columbine Survivors Reflect Lauren Cartaya and her older brother, Zach, were at Columbine High School in 1999 when two students opened fire. At StoryCorps, they remember that day and discuss the effect it has had on their lives. 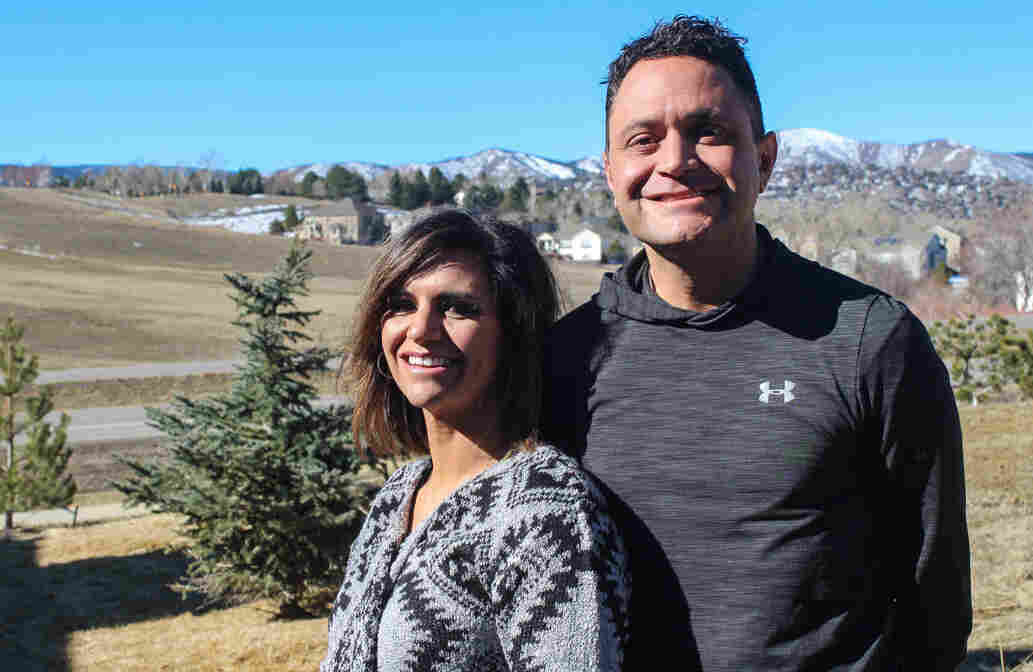 At StoryCorps in Littleton, Colo., last month, siblings Lauren Cartaya and Zach Cartaya said they continue to cope with the trauma of the 1999 Columbine shooting. Kevin Oliver/StoryCorps hide caption 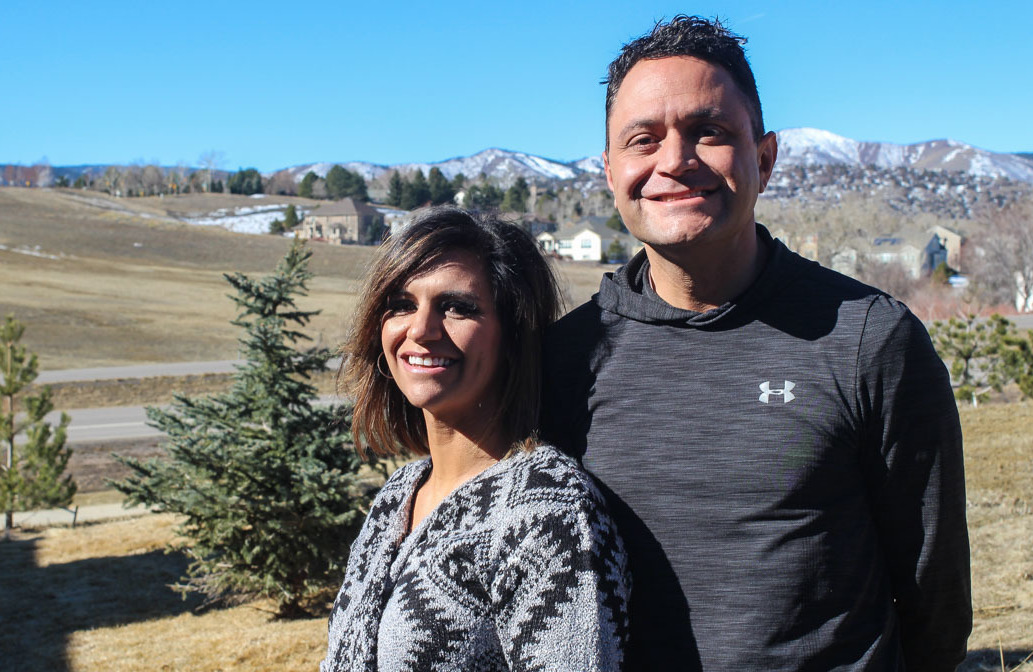 At StoryCorps in Littleton, Colo., last month, siblings Lauren Cartaya and Zach Cartaya said they continue to cope with the trauma of the 1999 Columbine shooting.

Lauren's older brother, Zach, then a 17-year-old senior, hid for three hours in an empty classroom with his classmates. The gunmen killed 13 people and themselves in what was then considered the largest mass shooting at a high school.

At StoryCorps last month in Colorado, Lauren and Zach remembered that tragic day.

"When you pile 60 17-year-olds together in a small space, you're going to go through what everybody would expect: fear and tears and prayers," said Zach, now 37.

It was a serious situation, but they were still teenagers.

"As the minutes drag into hours, you start to become a 17-year-old again whether you like it or not," he said. "One of my friends was laughing and scared that she was going to die a virgin. A girl peed in Mr. Andres' thermos, and we never told him about it. We popped the ceiling tiles off, and we signed it in case we die."

Lauren, now 36, recalled waiting for her brother to get home. "You walked right by me like I was a ghost," she said.

Then came the anger.

"That summer after Columbine happened, I played softball nonstop," Lauren said. "And I was so angry — I chewed so much bubble gum. I had 10 cavities."

Zach and Lauren had a hard time finding a healthy outlet for their emotions. "There's no real good way to express your anger," Zach said, "and it comes out in the weirdest places.

"I remember we would smoke cigarettes and pot in the men's room, and a Jefferson County police officer walked in and he's like, 'Are you smoking pot?' — and we looked at him dead eyed and said, 'What the f*** are you going to do about it?' And he pivoted and walked out the door."

The shooting wiped out the majority of Zach's recollection of his 1999 academic year. Lauren recalled a similar amnesia.

"After the shooting, I definitely blocked out a lot of life before that," she said.

That terror has stuck with Lauren, who now has three kids of her own to send to school. "This year it's just ... I have these dreams that are so vivid of me having to tell parents that their kids aren't coming out while I'm holding mine," she said.

"It never goes away," Zach said.

The path to healing is long but necessary, Zach said.

"Recovery is a marathon and not a race, and you just have to keep running it," he said, remembering the words of his former principal, Frank DeAngelis. "So over 20 years, I had to let my anger go. Because if you don't let that anger go, it's going to consume you. And it's consumed way too many of us."

But, Lauren said, they're grateful to have each other's support.

"It's always good to have a brother that can relate. You definitely have given me strength to heal," she told Zach.

Today, Zach is co-founder of the Rebels Project, an organization that works with survivors of mass shootings.