Accessibility links
Retta: Tweet Yo' Self Retta reflects on trading her career in chemistry for comedy, her "crazy" audition for Parks And Recreation, and what she loves about portraying a fully-realized character on Good Girls. 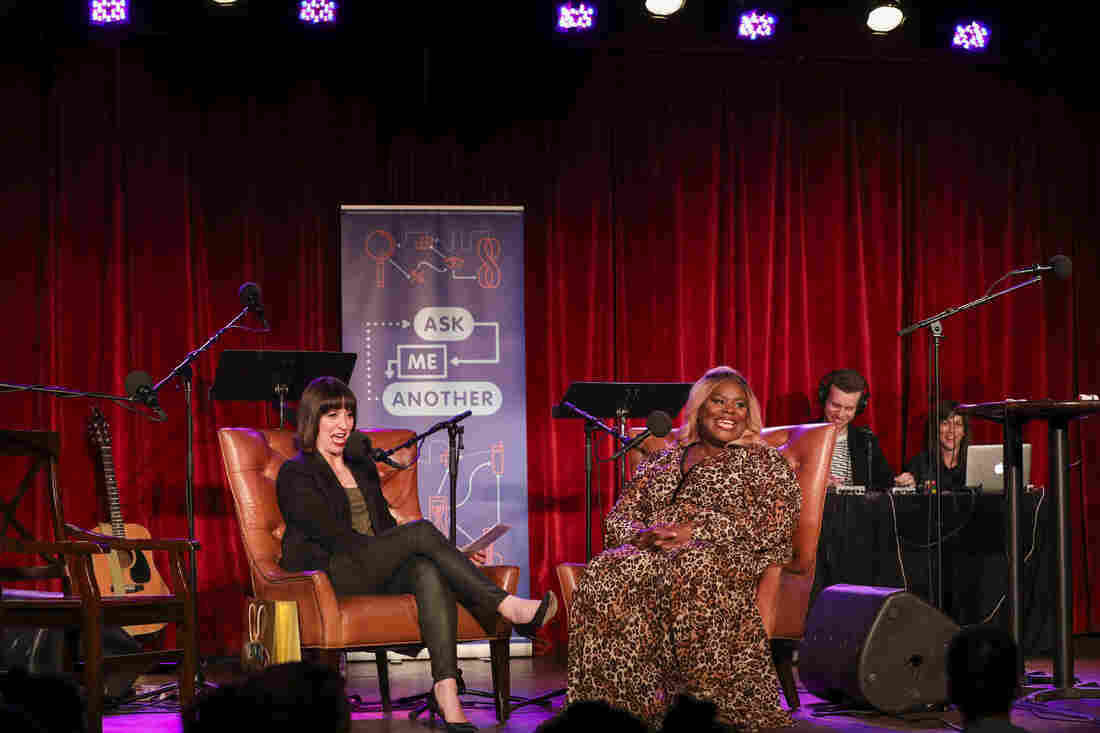 Host Ophira Eisenberg and Retta on Ask Me Another at the Bell House in Brooklyn, New York. Mike Katzif/NPR hide caption 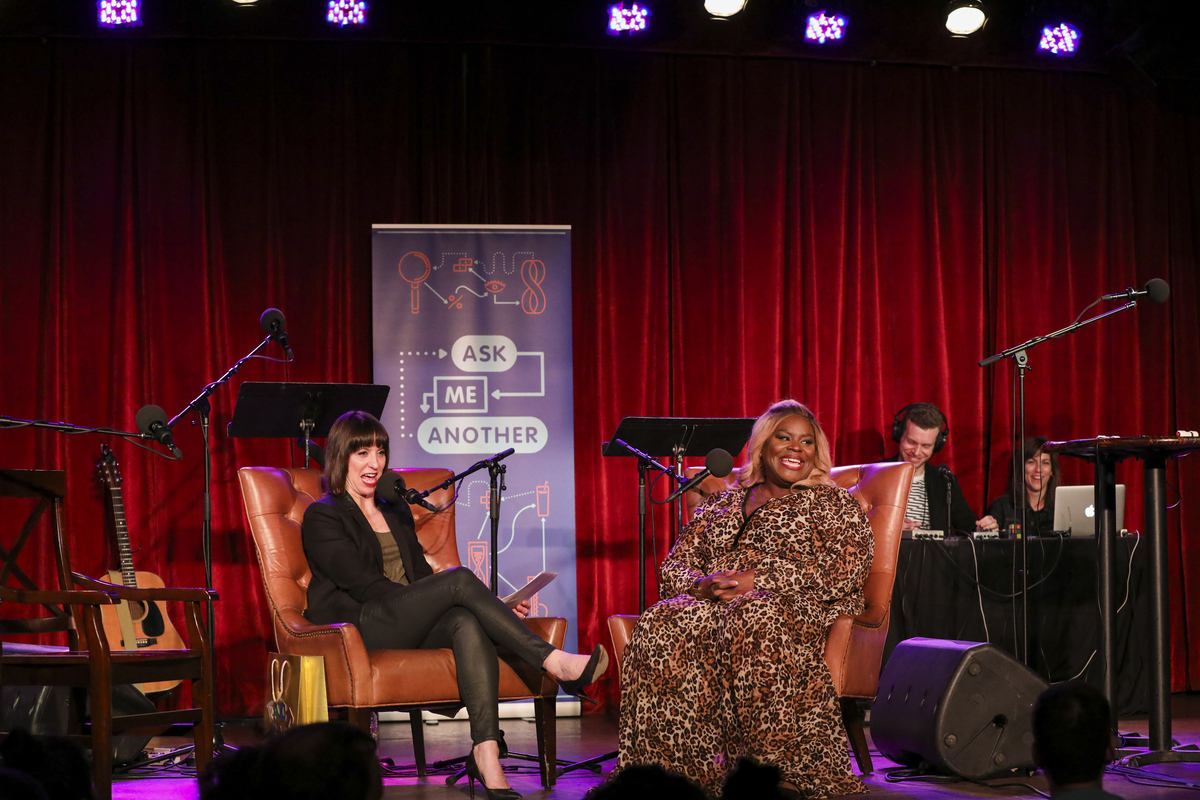 Host Ophira Eisenberg and Retta on Ask Me Another at the Bell House in Brooklyn, New York.

A quick Instagram search for the hashtag #TreatYoSelf yields more than 4.7 million photos of desserts, spa treatments and shopping sprees. This indulgent catchphrase was made popular eight years ago by the character Donna Meagle, on the NBC comedy Parks and Recreation — played by the mononymous actor, Retta. But long before she became synonymous with "Treat Yo' Self," Retta was living a very different lifestyle. "I was broke," she told Ophira Eisenberg, host of NPR's Ask Me Another at the Bell House in Brooklyn, New York.

After studying pre-med in college, Retta took a year off before medical school and was working as a chemist in North Carolina. It was her first time living alone and she watched television to keep her company — which led to a revelation about acting. "I was like 'You know what? I could do this. And if there's a time to do it, do it now,'" Retta recalled. "So that's when I decided that I wanted to get into television and...I knew I wanted to get into sitcoms."

Most of the sitcoms Retta was watching at the time were led by famous stand-up comedians. So, after some admittedly "bad" acting classes, she went into stand-up comedy for a year in North Carolina. "Then I drove across the country with a friend to, you know, try and make the Hollywood thing happen."

In 1999, Retta took part in Comedy Central's first Laugh Riots stand-up competition — and won. Her prize pack included a car, a spot on the New Faces Showcase at Just For Laughs in Montreal, and a year's supply of Taco Bell. "Oh, I'm about their tacos," Retta told Eisenberg, "I was broke, so I needed those tacos." 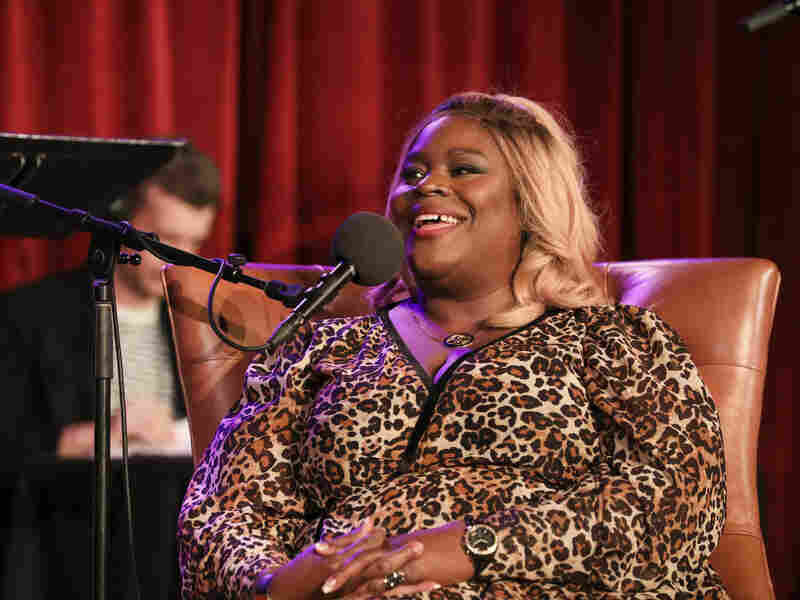 Retta appears on Ask Me Another at the Bell House in Brooklyn, New York. Mike Katzif/NPR hide caption 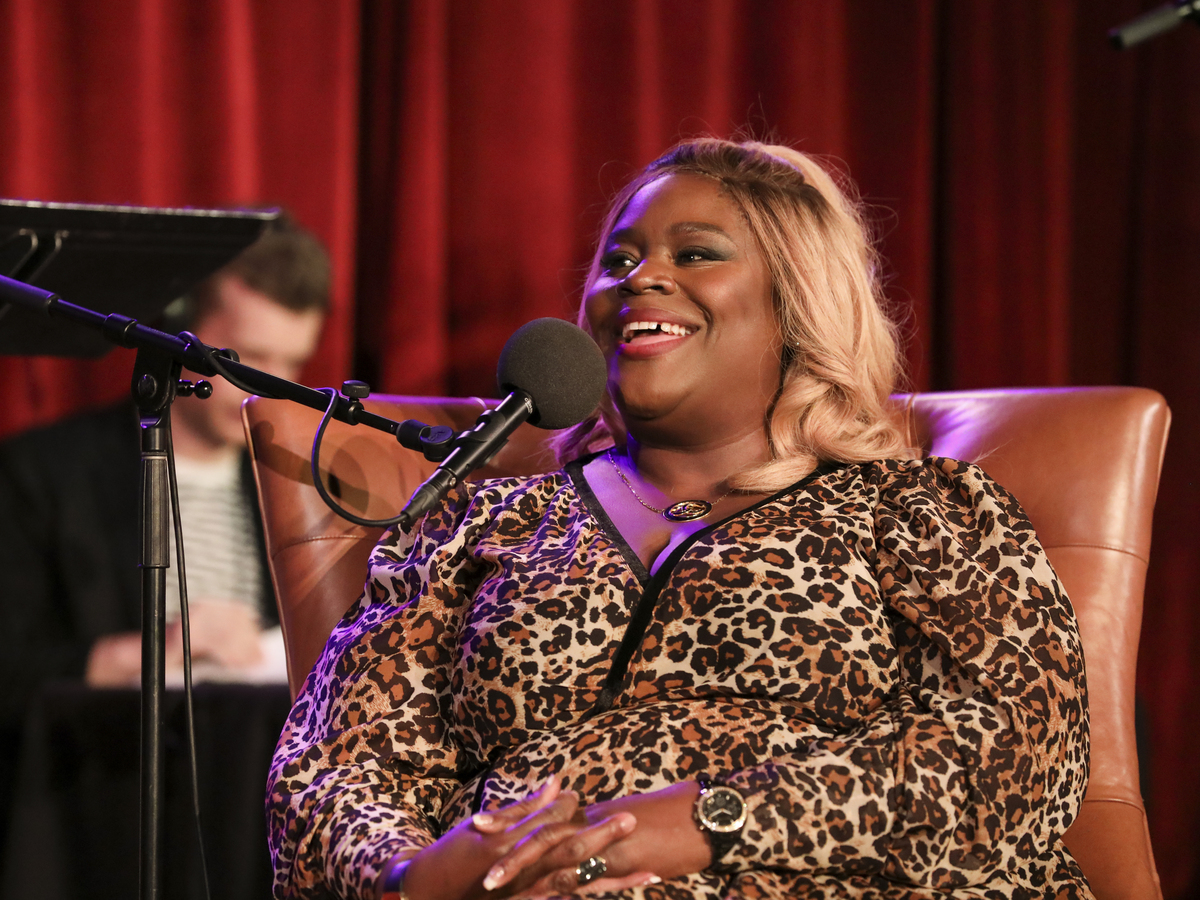 Retta appears on Ask Me Another at the Bell House in Brooklyn, New York.

A few years later, following more stand-up and eventually some television and movie roles, Retta was cast as Donna Meagle on Parks And Recreation, a sitcom about local government workers set in the fictional town of Pawnee, Indiana. While Retta read for the role, it was a friendly conversation with Mike Schur, one of the show's co-creators, after her audition that helped her snag the job. "He's like 'I like your watch.' And I had just gotten the watch, was super geeked on the new watch... and I was like a crazy person [describing it to him]," Retta said. "And I think he was like, 'She's insane, I love her.' If my audition wasn't great, I redeemed myself with my crazy."

Her "crazy" paid off, as she acted on Parks And Recreation for seven seasons, before the show ended in 2015. Recently, the cast and creators of the show reunited at PaleyFest to celebrate the 10th anniversary of its premiere. For the occasion, Retta wore a cotton-candy pink dress with Donna's classic catchphrase "Treat Yo' Self" printed all over it.

Not My Job: 3 Questions For 'Good Girls' Star Retta About Good Boys

Currently, Retta stars in the NBC series Good Girls, portraying Ruby Hill, a role that showcases both her comedic and dramatic sides. On the show, Ruby and two other mothers (played by Christina Hendricks and Mae Whitman) rob a grocery store to get money for their families after being pushed to their financial limits. Despite being nervous about portraying a character that commits crimes, Retta said she loves the fact that Ruby is a fully realized "whole being." "It was a black woman who loved her husband, loved her family, was going to do whatever she could, and they were just normal human beings," she explained. "I wasn't stereotypical. I didn't have to have sass — if you see me with sass, it's because I added it."

Beyond acting, Retta published a book in 2018, titled So Close to Being the S***, Y'all Don't Even Know, and she says she's interested in producing and starting her own production company someday. "[I want to] mold the things that I get to do and bring things for other people to do," Retta said. "I have a lot of friends who are actors, who need work, so I would love to be able to give them work."

Still a huge TV fan, Retta has earned a reputation for live-tweeting her hilarious reactions while watching various shows. For her Ask Me Another challenge, Eisenberg read some of Retta's old tweets about TV, and Retta guessed which programs she was writing about.

On using the popularity of 'Treat Yo' Self' to her advantage:

"When it first started getting really, really popular, I would go to lunch with friends and I'd be like, 'If we check the hashtag 'Treat Yo Self' on Twitter, if it hasn't been said in seven minutes, I buy lunch. If it has, then you buy lunch.' And I've never bought lunch."

On bringing comedy into the lab during her time as a chemist: