Accessibility links
In 'Her Smell,' Elisabeth Moss 'Turned It Up To 11,' Then Turned It Up Some More In her new film, Moss plays a punk singer struggling with addiction. "The only mistake we could make was not going far enough," she says. 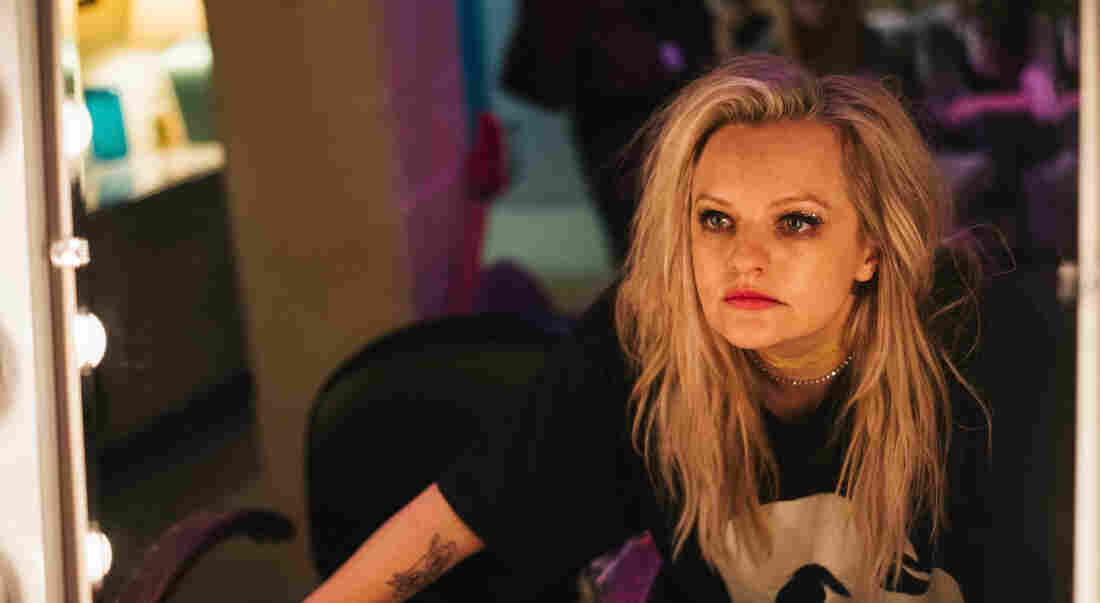 Elisabeth Moss plays Becky Something, a punk singer struggling with substance abuse, in the new film Her Smell. "It was the hardest dialogue I've ever had to learn," she says. Donald Stahl/Brigade Marketing hide caption 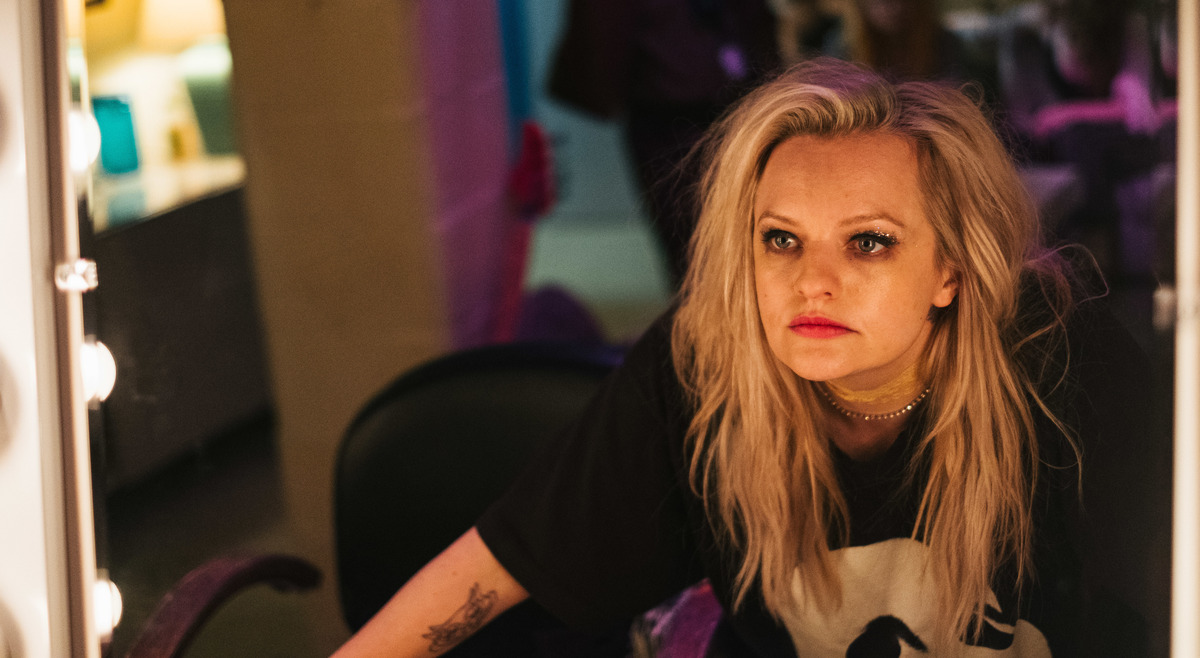 Elisabeth Moss plays Becky Something, a punk singer struggling with substance abuse, in the new film Her Smell. "It was the hardest dialogue I've ever had to learn," she says.

In her latest film, Elisabeth Moss felt that the only mistake she could make "was not going far enough."

Written and directed by Alex Ross Perry, Her Smell imagines the chaotic personal life of a musician addicted to drugs. Becky Something is the head of a fictitious all-female rock group from the '90s.

"Becky Something is enigmatic, funny and entertaining," Moss explains. But she's also toxic. "[She] will envelop you in her vortex, and then, when she's done with you, spit you out or destroy you."

There's pretty much zero improv or ad-lib in the movie. That's kind of one of the things that Alex did, was he wrote this character who spoke in this stream of consciousness ... [it] was my job to make it sound like I was making it up. It was the hardest dialogue I've ever had to learn — and I've done [David] Mamet and Aaron Sorkin. It was by far the most difficult because if you change a word, or if you flip two sentences, it actually really doesn't make sense.

On not getting all of the references

[Perry] threw every single pop culture reference previous to the early '90s that he could possibly throw in there, most of which I didn't know or understand. ... I was born in '82, so I missed this era and I was also somebody who was a ballet dancer, so I was very into classical, my family is in jazz and blues ... that's where my wheelhouse was.

On how she prepared for the role

I learned the guitar. I practiced for about four or five months, I guess. We said from the very beginning, you know, I was not going to become a guitarist. It's far too difficult and I have far too much respect for musicians — but I just needed to learn how to look like I was playing these songs, to understand what they were and to be able to play something very basic.

It's supposed to show how Becky — as confident as she could be, as in your face as she could be, and ballsy with her performances — here's this really vulnerable moment where she's not confident and she's singing a love song to her daughter. So it didn't hurt that I was a little bit nervous myself. ... It made me feel really vulnerable having to play and sing that song, and I think that was a good place for Becky to be.

I wanted to do the script justice. The script was so beautiful and it was such an incredible role. I just didn't want to finish it thinking, Oh I could have gone further, or I could have done more. ... I just did it and just went as big as I could, and ... threw it all at the wall knowing that the only mistake we could make was not going far enough. ... I turned it up to 11 and then realized I had to go even higher.

Danny Hensel and Vince Pearson produced and edited this interview for broadcast. Beth Novey adapted it for the Web.