Accessibility links
Review: 'Someone Great' Salutes Friendship, RuPaul, And Gina Rodriguez Swearing Gina Rodriguez stars in Someone Great, a Netflix comedy that follows three friends trying to have one last adventure before everything changes for good.

In 'Someone Great,' The Greatest Someone Might Be Your Best Pal

In 'Someone Great,' The Greatest Someone Might Be Your Best Pal 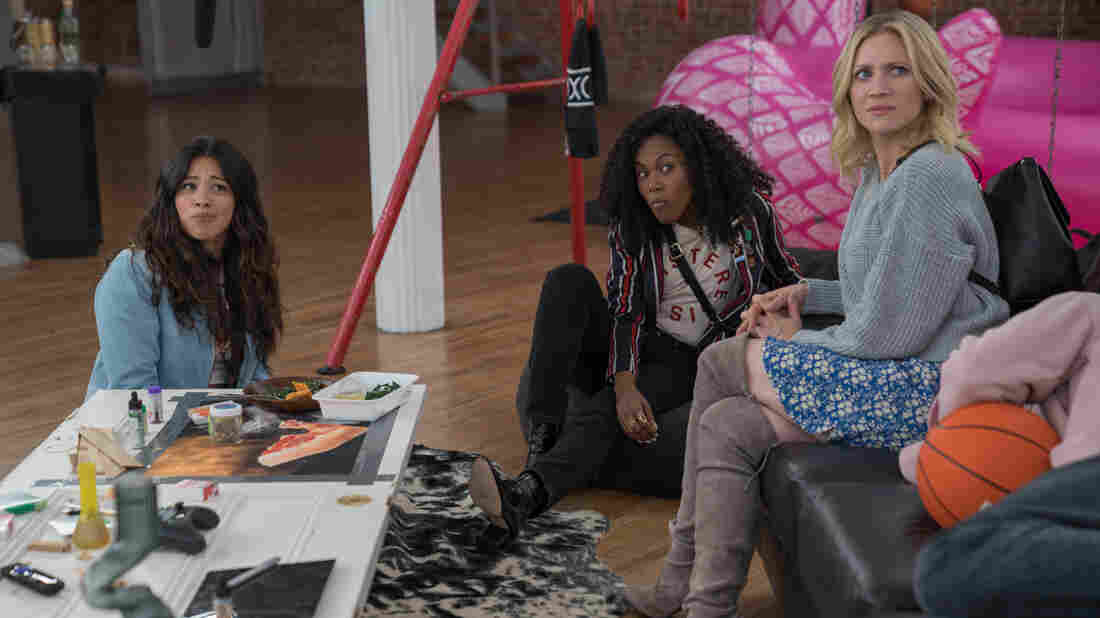 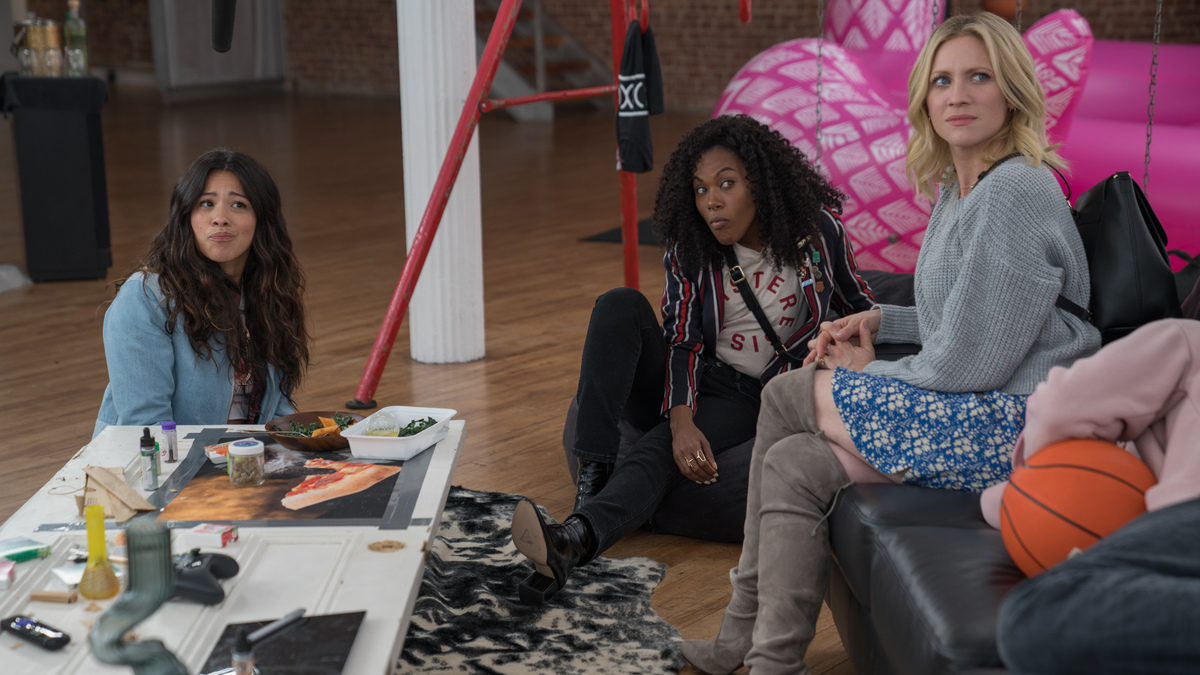 It's the foundation of movies both silly and not so silly, including After Hours, Superbad, American Graffiti, Adventures in Babysitting, Go, Can't Hardly Wait ... there are a lot to choose from. A new one coming to Netflix this week that's of the "female friendship forever" variety is Someone Great. Written and directed by Jennifer Kaytin Robinson, it's a comedy about three New York women who just want — of course — to get into one big event and to get a little crazy.

The catalyst is that Jenny (Gina Rodriguez) has just broken up with her boyfriend Nate (Lakeith Stanfield) right before she's supposed to move to California for work. She's alternating between sobbing and drinking, so she calls up her friends Erin (DeWanda Wise) and Blair (Brittany Snow) and tells them she wants one last big-city adventure, and she knows just the concert they need to get into. (And the drugs they need to procure along the way, since procurement of drugs is often an element of the out-all-night craziness picture.)

Jenny's friends have their own complicated love lives: Erin is afraid to meet her girlfriend's family, while Blair carries on a boring relationship with a boring man. Will they find their own resolutions even as they chase Jenny's quest across the city? Well, yes, of course. 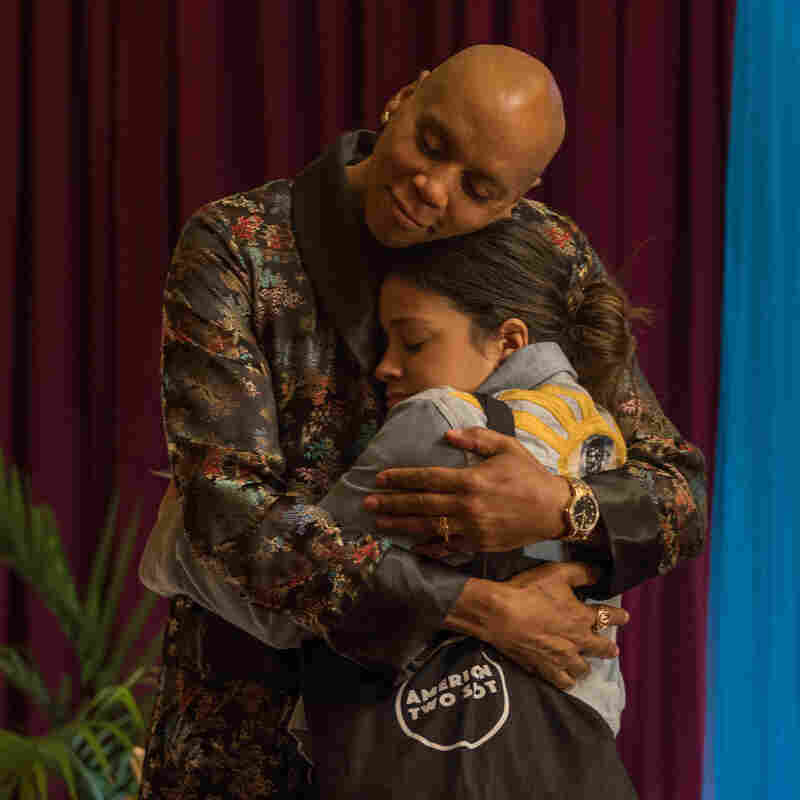 Is that RuPaul Charles playing Hype the molly dealer? Why yes, it is. Sarah Shatz/Netflix hide caption 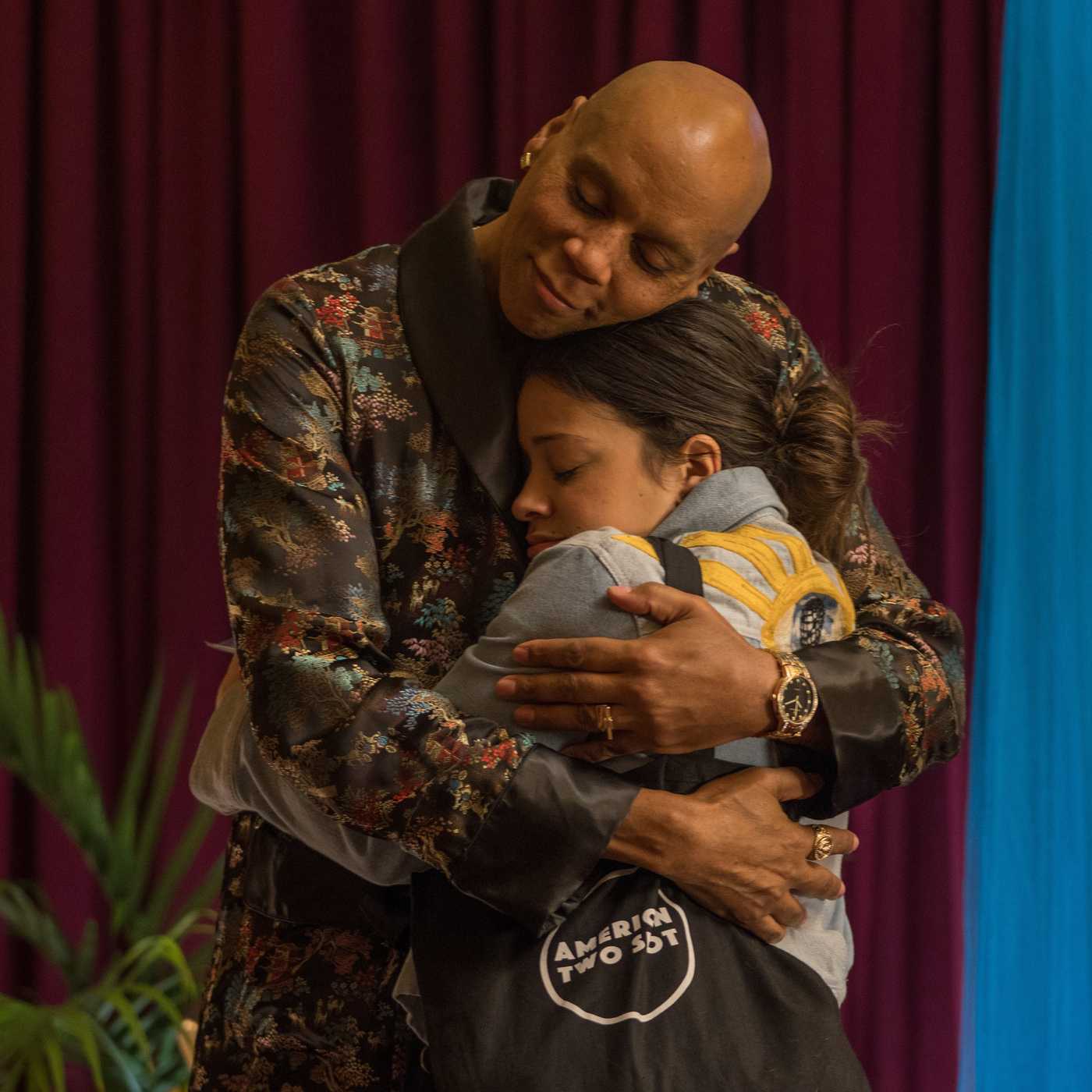 Is that RuPaul Charles playing Hype the molly dealer? Why yes, it is.

Like most similar movies, Someone Great is episodic and studded with cameos. Episodes include classics like The Girls Hit The Convenience Store. The Girls Buy Molly From RuPaul. The Girls Steal Weed From Jaboukie Young-White. The Girls Bump Into Nate's Cousin, Rosario Dawson. Some work better than others, and none lasts very long — one of my very favorites comes at the very beginning of the film, when Jenny commiserates on a subway platform with a woman played by the very funny Michelle Buteau, who's gone before you know it. I would have watched another 10 minutes of Rodriguez and Buteau snorfling and admiring each other's beauty — and I'm pretty sure you can see Rodriguez break at one point, too.

Gina Rodriguez Opens Up About 'Miss Bala' And Her Outspoken Activism

And yet, Someone Great is seriously invested in the emotional toll of Jenny's breakup. This is the first time I've seen Stanfield (who appears mostly in Jenny's memories) as a straight-up romantic lead, and he's very good. The relationship feels lived-in and significant, making her grief — while it's often funny — also rather poignant. Predictably, the needling of those memories means Jenny winds up wondering whether she's sure she should be breaking up with Nate at all, a question that seems legitimately open until the very end of the film. That's hard to do.

If you know Gina Rodriguez as the gentle lead on Jane the Virgin, you'll find a very different version of her here. This character is, for the moment, a mess, and Rodriguez really digs in, especially when Jenny's drunk. Who knew Jane was a fun filthy-mouthed drunk?

Rodriguez is also a producer on the film, as is filmmaker Paul Feig, who's been responsible in varying capacities for a heap of comedies that star and elevate women, including Bridesmaids, The Heat and Spy. Someone Great isn't as strong as any of those, but it's deeply felt and a lot of fun, and as a streaming weekend treat, it gets the job done.