Accessibility links
NOAA Upgrades Last Year's Hurricane Michael To Category 5 With winds of 160 mph, the October hurricane was the strongest on record to make landfall on the Florida Panhandle, where communities are still trying to recover. NOAA upgraded it from a Category 4. 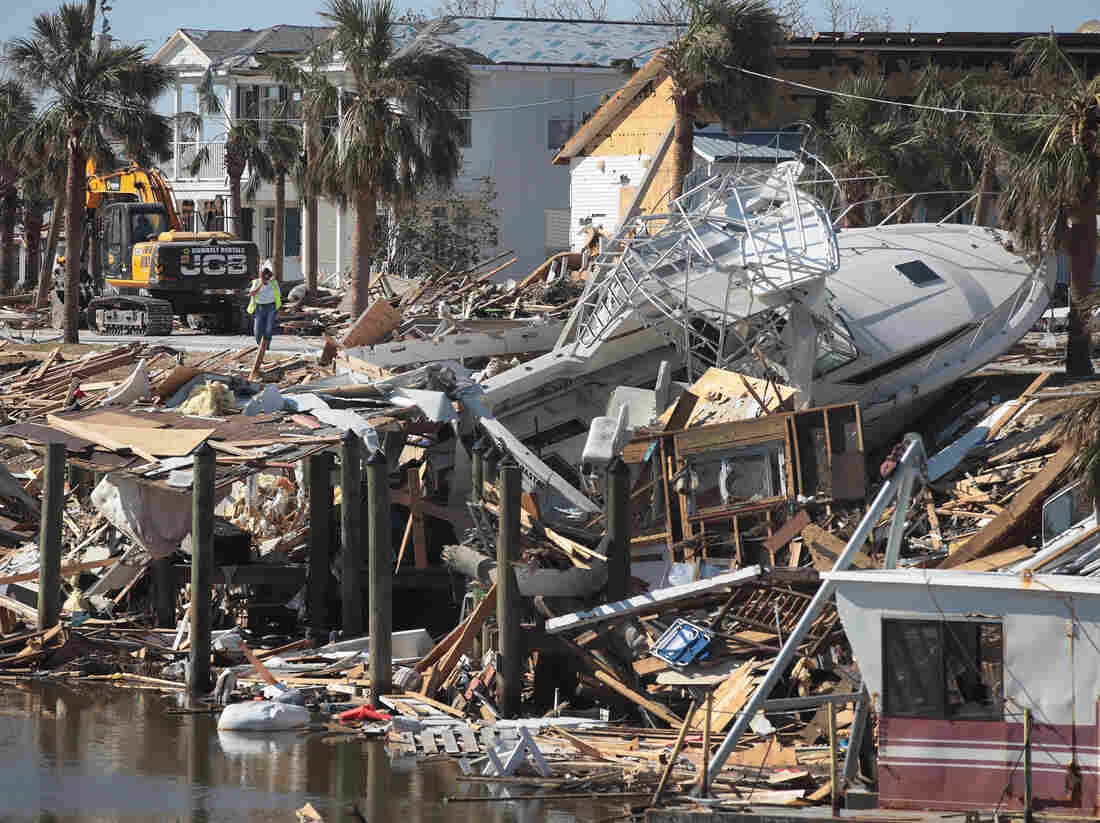 Debris from Hurricane Michael rests along a canal on Oct. 18, 2018, in Mexico Beach, Fla. NOAA upgraded the storm to a Category 5 after completing its analysis. Scott Olson/Getty Images hide caption 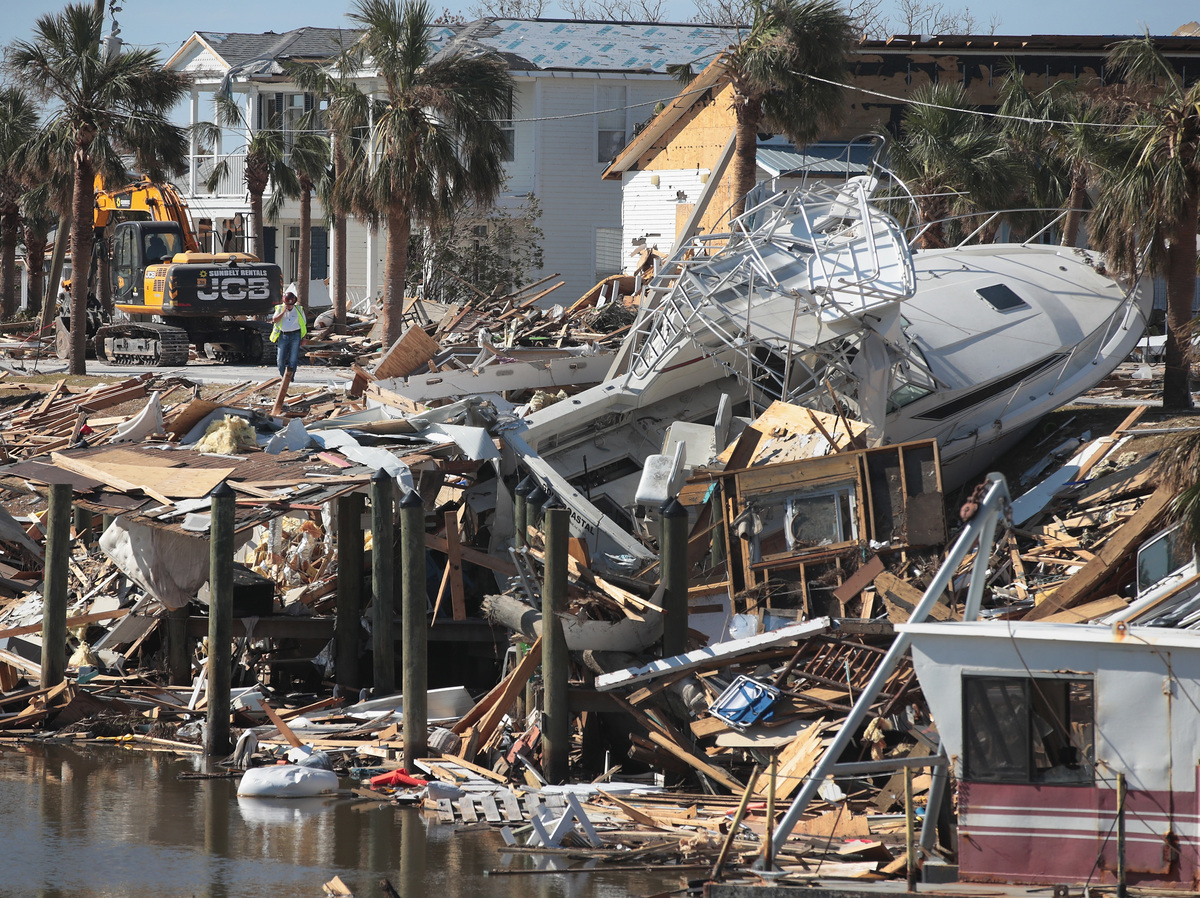 Debris from Hurricane Michael rests along a canal on Oct. 18, 2018, in Mexico Beach, Fla. NOAA upgraded the storm to a Category 5 after completing its analysis.

Scientists at NOAA's National Hurricane Center have found that Hurricane Michael had an intensity of 160 mph when it made landfall at the Florida Panhandle last October. That means it was a Category 5 hurricane on the Saffir-Simpson Hurricane Wind Scale — just one of four such U.S. storms on record to have hit the U.S. mainland.

Hurricane Michael had been classified as a Category 4, at 155 mph. The last hurricane of such intensity at landfall was Hurricane Andrew, which struck South Florida and Louisiana in 1992.

'Struggling Here With Just Living' In The Aftermath Of Hurricane Michael

Michael made landfall near Mexico Beach and Tyndall Air Force Base in Florida. It caused 16 deaths and $25 billion in damage in the U.S. Before arriving in Florida, the storm passed over western Cuba as a Category 2 hurricane.

Hurricane Michael is the strongest hurricane on record to make landfall on the Panhandle, and it devastated communities there. In Mexico Beach, more than three-quarters of the homes were flattened by winds. Six months later, some businesses have reopened, but the area is far from recovered.

The other two Category 5 hurricanes on record in the mainland U.S. were the Labor Day Hurricane in 1935 and Hurricane Camille in 1969.

The National Oceanic and Atmospheric Administration's analysis found that storm surge brought water 9 to 14 feet above normal level along parts of the Panhandle and reached the highest levels at Mexico Beach. It brought storm surge flooding elsewhere in Florida, as well as along portions of the North Carolina and Virginia coasts.

Michael also produced at least 16 tornadoes, though they caused only minor damage.

NOAA's report also notes the direct and indirect casualties of the storm. Among the 16 deaths directly attributed to the storm, five people drowned in Florida because of storm surge and two died from falling trees. Three people in North Carolina and one in Georgia also died from falling trees. Five people died in Virginia from freshwater flooding. Another 43 deaths in Florida were associated indirectly with Michael: falls during cleanup after the storm, medical issues made worse by it, and traffic accidents.

You can read NOAA's whole report on Hurricane Michael here.

Editor's note on April 22: This story has been updated to make clear that the references to Category 5 hurricanes are about storms that reached the U.S. mainland.