Accessibility links
How Wealth Inequality Affects Our Health If you've ever flown in economy class on a plane, you probably had to walk through the first class cabin to get to your seat. Maybe you noticed the extra leg room. The freshly-poured champagne. Maybe you were annoyed, or envious. Social psychologist Keith Payne says we tend to compare ourselves with those who have more than us, but rarely with those who have less. This week, we explore the psychology of income inequality, and how perceptions of our own wealth shape our lives. 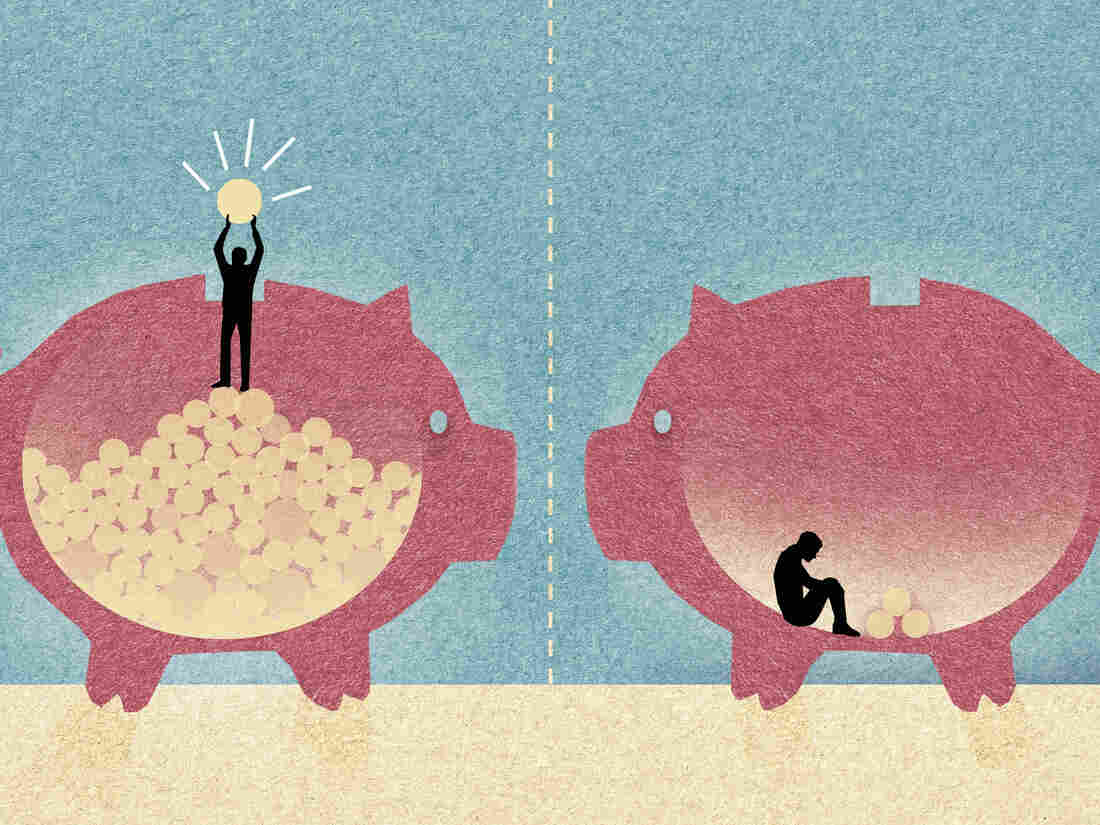 Social psychologist Keith Payne says we have a bias toward comparing ourselves to people who have more than us, rather than those who have less. Marcus Butt/Getty Images/Ikon Images hide caption 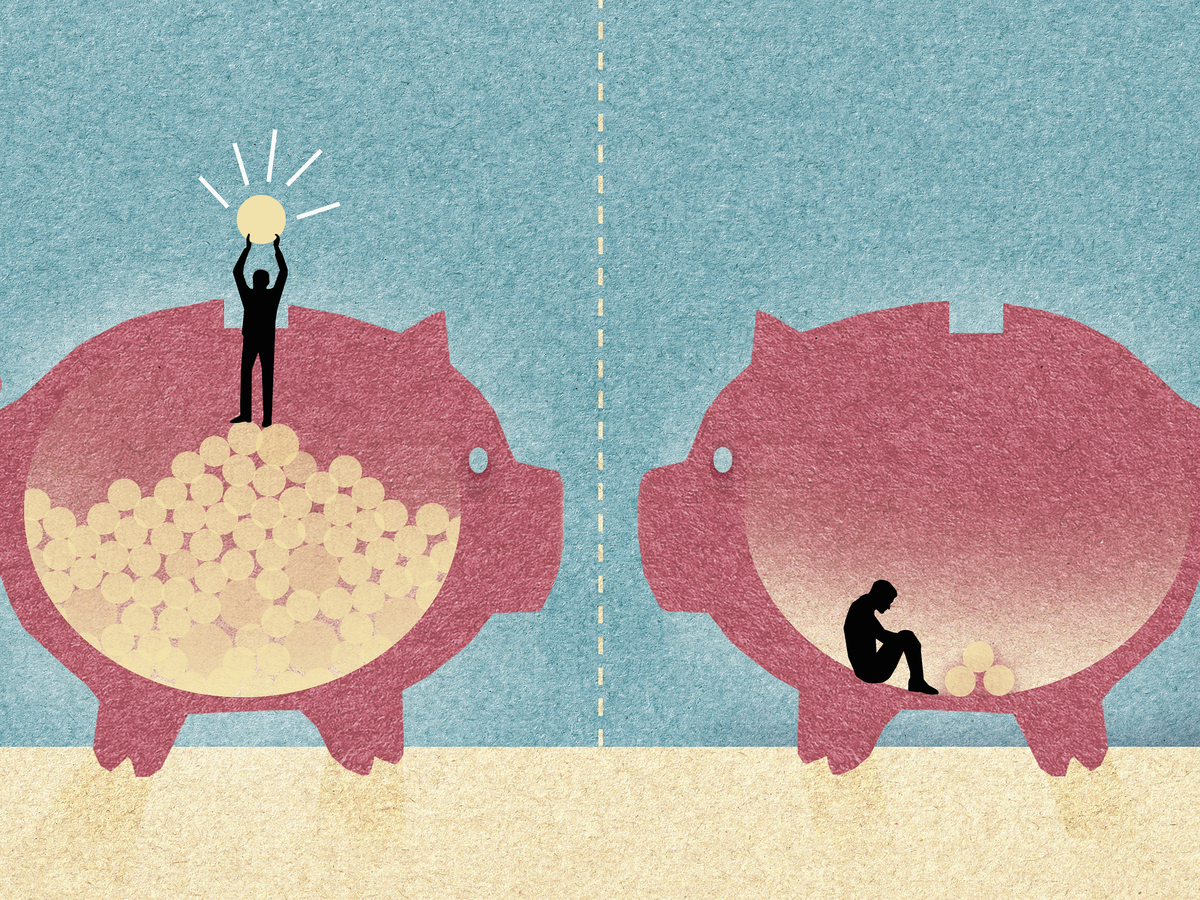 Social psychologist Keith Payne says we have a bias toward comparing ourselves to people who have more than us, rather than those who have less.

When Keith Payne was in the fourth grade, he realized he was poor. The epiphany came to him in the cafeteria.

"We had a new cashier in the line that day," he said. "And when I got to the cashier's desk she asked me for, I think it was $1.25. That was the first time that anybody had ever asked me to pay for my lunch because I'd always been on free lunch."

Keith had been blissfully unaware that many of his classmates were paying for their meals every day. But now, he began comparing himself with his peers.

"It's not like I was poorer the day after that than I was before. Nothing objective had changed. But because of that subjective awareness, now everything seemed different to me."

Keith Payne is now a social psychologist at the University of North Carolina at Chapel Hill. He's the author of The Broken Ladder: How Inequality Affects the Way We Think, Live, and Die. He says it's human nature to compare ourselves to others. But that instinct can cause psychological stress.

"We think about ourselves in terms of being on a certain rung with some people above us, and other people below us. Where we think we stand on that ladder tells you a lot about a person's life and their life outcomes."

This week on Hidden Brain, we explore the psychology of inequality.

"Physical and situational inequality on airplanes predicts air rage," by Katherine A. DeCellesa and Michael I. Norton, 2016

"Income inequality, poverty and crime across nations," by Paul-Phillipe Pare and Richard Felson, 2014

"The performance effects of pay dispersion on individuals and organizations," by Matt Bloom, 1999

Hidden Brain is hosted by Shankar Vedantam and produced by Jennifer Schmidt, Parth Shah, Rhaina Cohen, Laura Kwerel, and Thomas Lu. Our supervising producer is Tara Boyle. You can also follow us on Twitter @hiddenbrain, and listen for Hidden Brain stories on your local public radio station.